With kids out of school, parents are looking for ways to keep their children entertained, while simultaneously engaged in learning. But while recommending a new book or an art project comes naturally to some parents, teaching science at home might be less intuitive.

Enter Bill Nye. Yes, that one. The Science Guy. At-home science lessons don't have to be complicated, according to Nye.

"Science is the easiest subject to teach because you have props," he said. "Let's just talk about me. For the last few weeks, I've been making a loaf of bread every week. The science of baking is amazing."

Nye doesn't think parents have to work that hard to engage their kids. "Put yeast in a bottle with a balloon on top. The balloon will inflate. By magic? No! Science!"

Another easy experiment is planting a sunflower seed or a seedling and watching it grow over the course of the summer.

"I encourage everybody to compare a paper towel to the plant," Nye said. "Water makes its way up the plant through what's called capillary action. Water sticks to water. It's amazing. Amazing," he marveled. "Not all molecules do that, but water does."

MORE: Coronavirus map: Tracking the spread in the US and around the world

But how do you explain the science behind the inflated balloon and rising dough if you're not Bill Nye? The good news is that you don't have to have all the answers.

While textbook learning is worthy in its own right, there's just as much that can be gleaned from hands-on experience.

"The stuff you discover by just messing around is priceless," Nye said. 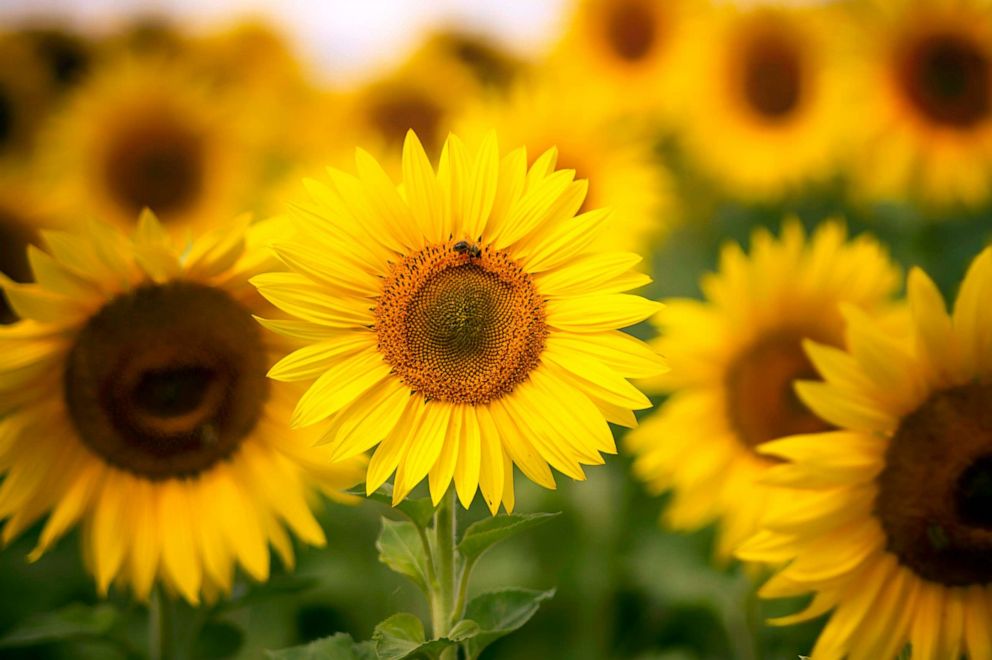 STOCK PHOTO/Getty Images
A bee visits in sunflower in a field.

If you wanted to embark on a more involved project, Nye's website has demonstrations for experiments to try at home, such as making a barometer in a bottle or a weightless clothespin.

Kids are natural scientists, Nye continued. "By the time somebody's 4, he or she is pretty engaged in science. By that, I mean making observations about the world and looking for explanations about how natural phenomena work," he said.

Without knowing it, curious kids are practicing the scientific process.

"You observe something in nature. You come up with an idea of what happened or what we call the hypothesis," he said. "Then you come up with an experiment. You test it and you see if what you thought would happen is what really happened. And then you start over." 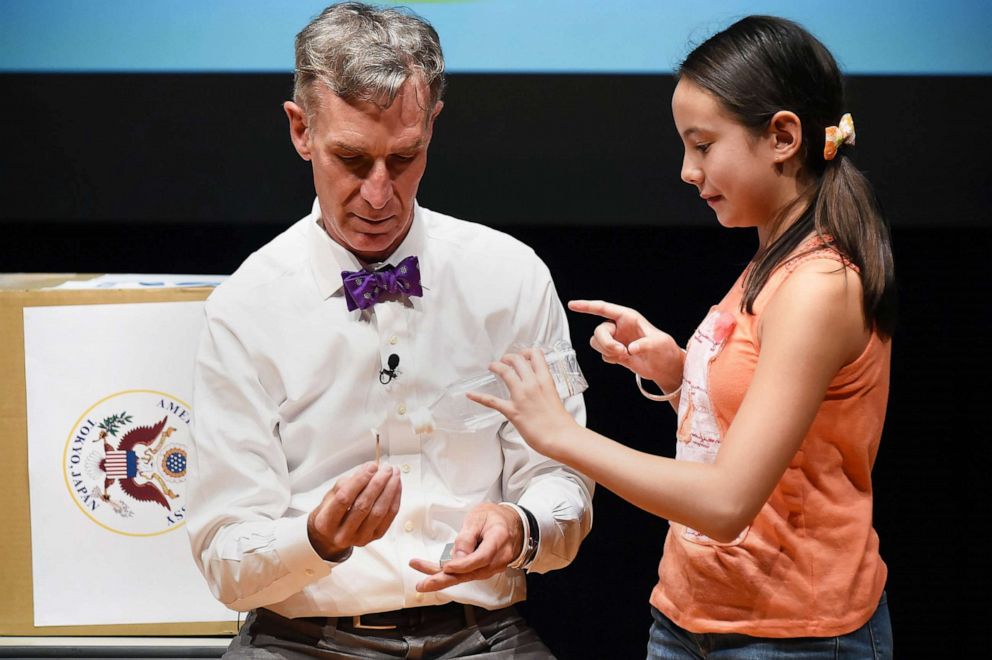 Jun Sato/Getty Images
Scientist and educator Bill Nye performs with the help of a young audience member at the National Museum of Emerging Science and Innovation, Aug. 6, 2015 in Tokyo.

For older kids, science contests are another option.

Nye has been involved with ExploraVision, the world's largest science contest for kindergarteners through high school seniors, for 17 years.

To enter, kids work in teams to imagine a technology that will exist 20 years from now, like one of this year's winning entries, an algae-detecting submarine.

"This is the thing about the young people," Nye said. "Kids of all ages are very aware of climate change. These are the people who are going to change the world."

As for his own lifelong love of science and teaching, Nye compares his interest to an old adage. "When you're in love, you want to tell the world," he said.

"To me, science is the most exciting thing going."