Country music star Granger Smith and his wife Amber are on a mission to raise awareness about drowning prevention and water safety three years after their son River died following an accident in their backyard swimming pool. 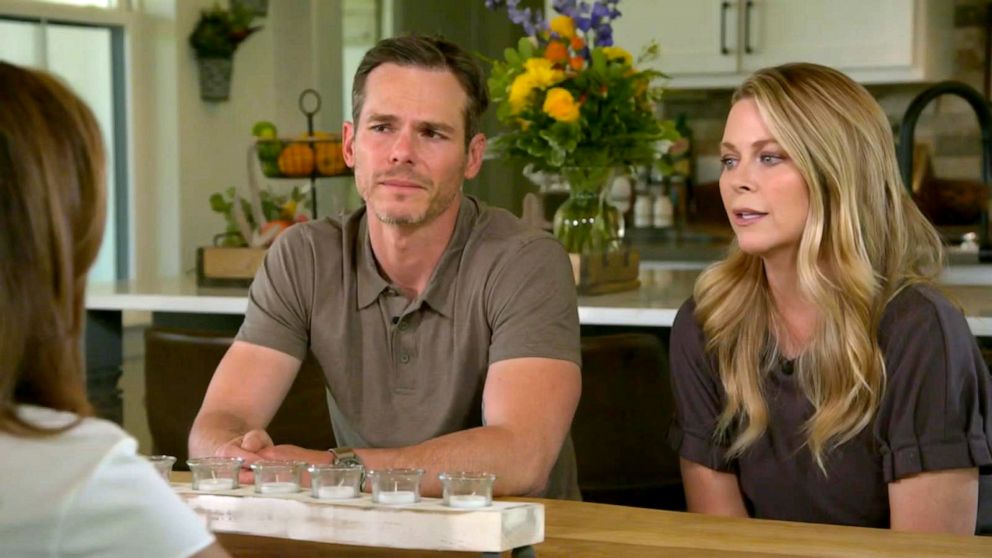 Earlier this year, the Smiths, who have been outspoken on the issue of water safety since River's death, shared a YouTube video of their youngest son, Maverick, learning how to swim through a method called ISR.

ISR stands for Infant Swimming Resource but is also known as infant swim rescue and refers to a "self-rescue technique" that's taught to children as young as 6 months old. Children are reportedly taught to survive in the water by finding air and even crying to alert someone nearby that they need help.

According to ISR's website, "children ages 6 months to 1 year learn the ISR Self-Rescue skill of rolling onto their backs to float, rest and breathe. They learn to maintain this position until help arrives."

The Smiths' video was met with mixed reactions online, with some criticizing it as "mean" while others saying that despite it being "hard to watch," it is also "life-changing."

MORE: The controversial water safety technique that could save a baby from drowning

ISR and similar programs have been in the spotlight before with social media videos showing dramatic clips of children being tossed into pools by themselves. Doctors' groups haven't endorsed such lessons and Dr. Sarah Denny, a pediatrician and spokesperson for the American Academy of Pediatrics, said there isn't any scientific research available focusing on ISR techniques specifically.

"One size doesn't fit all for kids. But there is some data that shows that starting swim lessons between ages 1 and 4 can have a protected effect against drowning," Denny told "GMA." "At this time, there is no data to support any benefit of ISR."

The American Academy of Pediatrics recommends that parents enroll children as young as 1 in swimming lessons, especially in the wake of the coronavirus pandemic, when many children did not receive lessons as they may have in the past, due to temporary pool closings, lesson cancellations and stay-at-home orders.

"Research shows that formal swim lessons for children age 1 and older reduce the risk of drowning. Swim lessons are an important layer of protection to prevent drowning, in addition to pool fencing, close supervision and lifeguards while swimming, life jackets on boats and lakes, and CPR training," Denny said in a statement released by the American Academy of Pediatrics in June.

MORE: Key ways to prevent kids from drowning, according to new AAP report

Granger and Amber Smith told "GMA" that above all, they wanted Maverick to learn how to navigate being in the water, formal training that River hadn't received, to prevent another tragedy.

"The key layer that we're missing is teaching our children survival skills," Amber Smith added. "It's like you can have all those other layers, but if they break through those other layers and barriers, can they survive in the water? Can they find the air? And that's what River needed ... to be able to roll over and float and find the air and make a sound for us to hear him. And he didn't have those skills."