When a bride’s 95-year-old grandmother couldn’t come to her wedding, the couple decided to bring the wedding to her.

Lauren Parks has always had a very close relationship with her grandmother Marie Engelking. Parks and her three younger sister’s other grandparents died when they were very young and since her grandmother lived in a neighboring suburb, she was a huge part of their lives growing up.

“We put all the love for four grandparents into one,” Parks said. 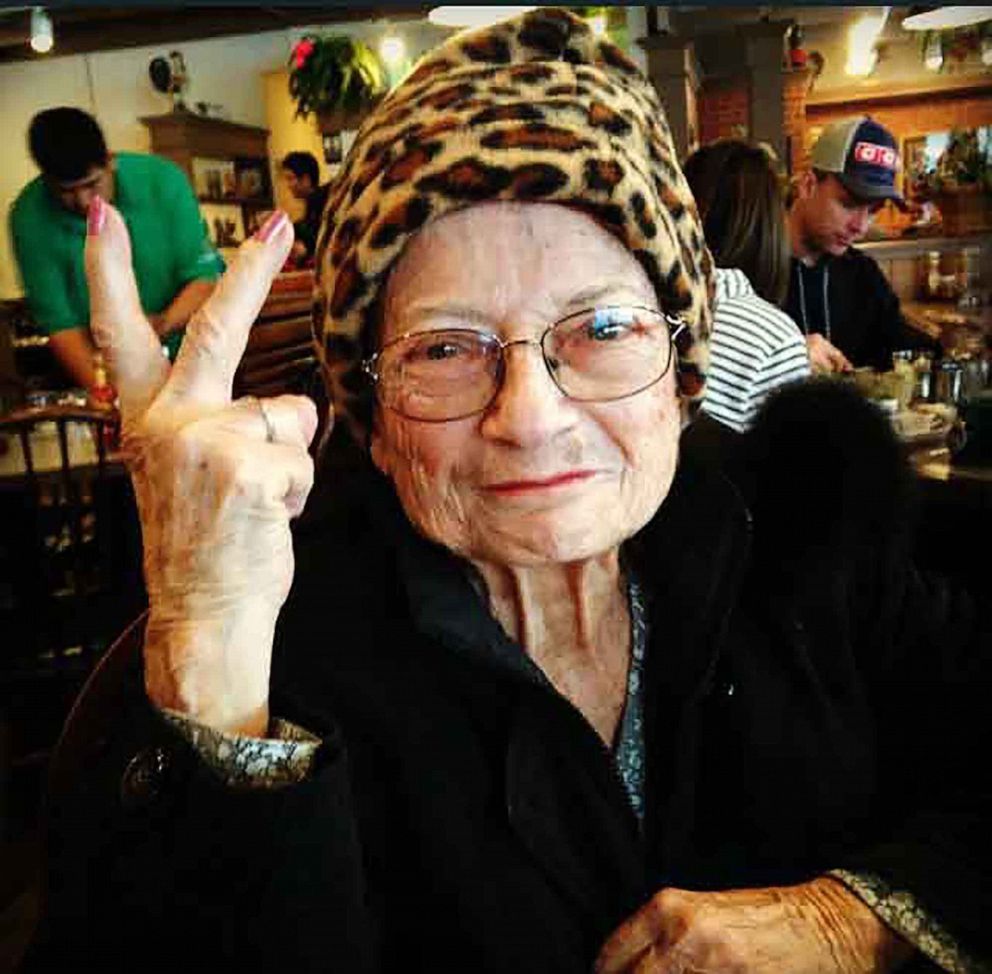 Two years ago, Parks's grandmother Marie was placed in a memory care unit when she developed dementia. When Parks got engaged to her fiancé Tommy, she couldn’t picture her big day without her grandmother there so she tried her best to make it work.

Parks came up with several different scenarios of how they could get her grandmother to her wedding ceremony, but ultimately nurses at her living facility advised against it. Due to her grandmother’s dementia, they told Parks removing her from the place she’s familiar with and her routine could be overwhelming. 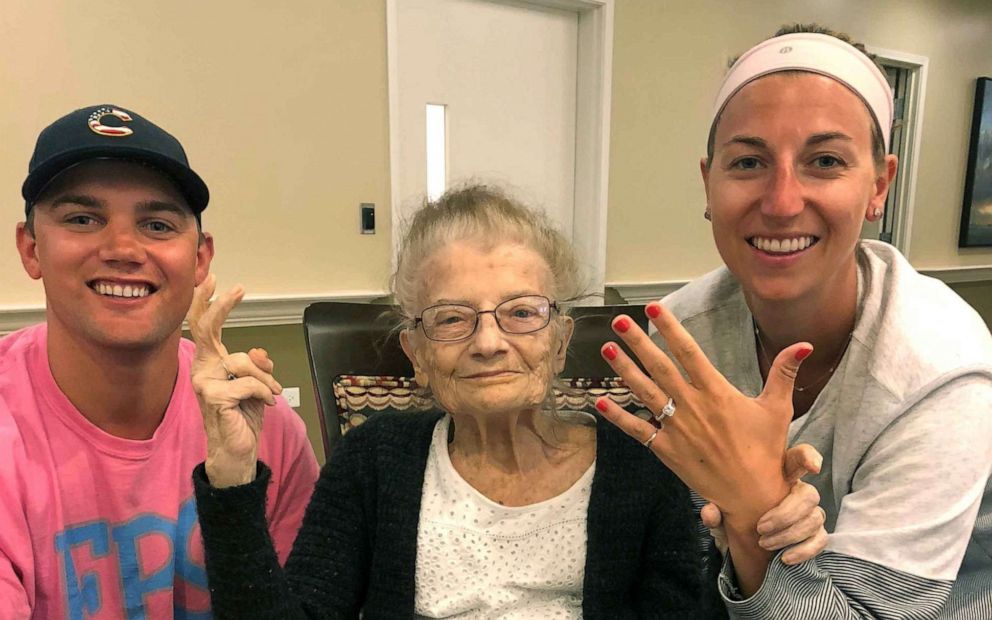 Courtesy Lauren Parks
The couple visited grandmother Marie to tell her about their engagement.

Since Parks’ grandmother couldn’t go to the wedding, Parks wanted to bring a piece of the wedding to her.

“She’s always been such a large part of my life,” Parks said. “It’s hard when that person is absent for such a special day. To be able to go there and share in the joy of this huge life event of Tommy and I was really, really important.”

Parks's original plan was to go visit her grandmother a couple of days after her wedding and take a few pictures with her while wearing her wedding dress, but her small plan quickly became a tiny second wedding party. Her new husband Tommy hopped on board, borrowing a suit jacket from Parks's father. Her mom and youngest sister also both agreed to put back on their dresses and accompany her to the memory care facility. 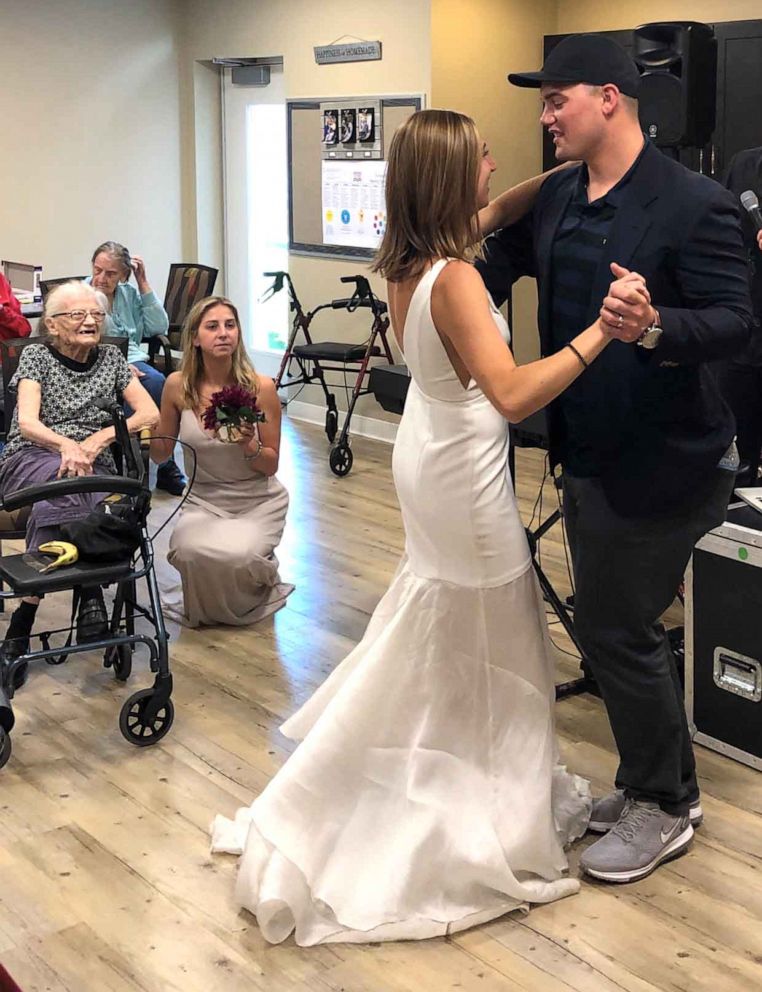 Courtesy Lauren Parks
Lauren Parks and her husband Tommy share a dance in front of her grandmother and other members of the family care facility.

When they arrived, Parks was ready to take pictures when they noticed it was "music day" at the memory care facility. Parks's mom asked him if knew "Here Comes the Bride" and before they knew it, an impromptu wedding ceremony just for Parks's grandmother began.

The family led Engelking inside the music room with a "processional" and placed her among the “wedding guests” or 25 or so of the other residents of the memory care facility. Parks and her husband shared a first kiss and even a first dance to "What a Wonderful World." To celebrate, they handed Engelking a piece of the memory care facility’s key lime pie for "wedding cake." 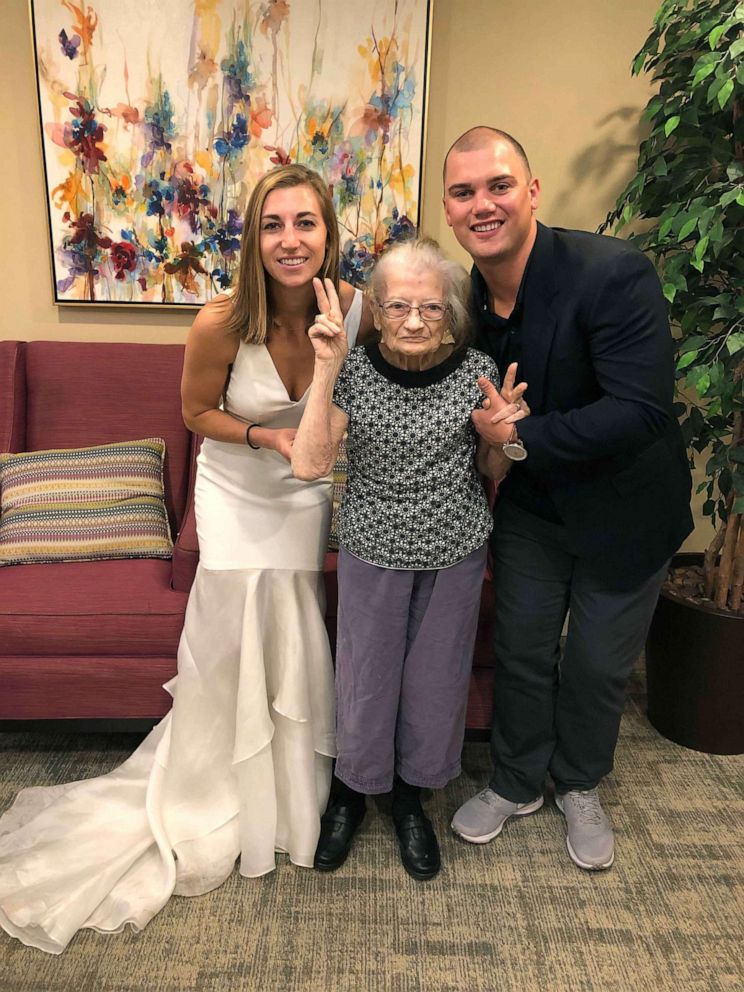 Because of Engelking’s dementia, Parks says she won’t remember the tiny wedding ceremony they threw just for her. But for her and her family, it was a day they will never forget.

"Seeing her eyes light up when I approached her was such an amazing moment," Parks said. "Knowing that I was able to bring her so much happiness and such a big smile to her face. It was really nice. Something we’ll always cherish."