A centenarian was able to see her grandson tie the knot thanks to an unofficial hospital ceremony hosted just for her.

Charlotte Bussard, 100, known to family and friends as "Granny," looked on from her bed as Clay Cameron and Sky Howard recited their vows at Hemphill County Hospital in Hemphill County, Texas.

The couple, whose actual wedding is scheduled for New Year's Eve 2020, held the event in fear that Bussard wouldn't live to celebrate their special day. 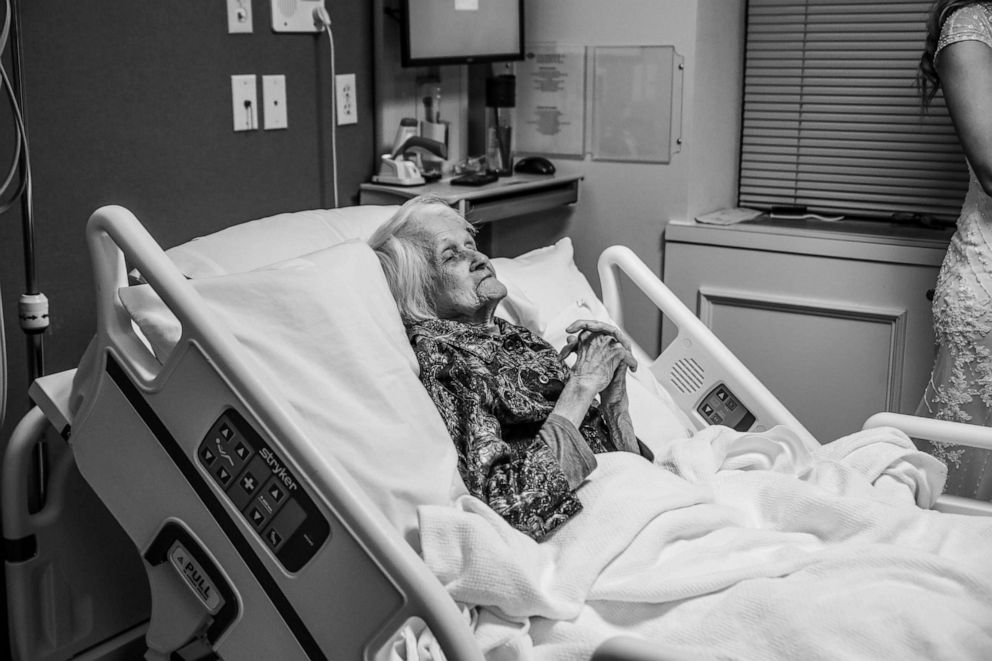 "She's the matriarch of that family," bride Sky Howard told "Good Morning America." "Her health declined pretty rapidly and she was put in hospice. That worried us. We didn't want her to miss that moment."

Howard and Cameron met in 2015. Howard said her fiance's family has welcomed her with open arms, Granny included. 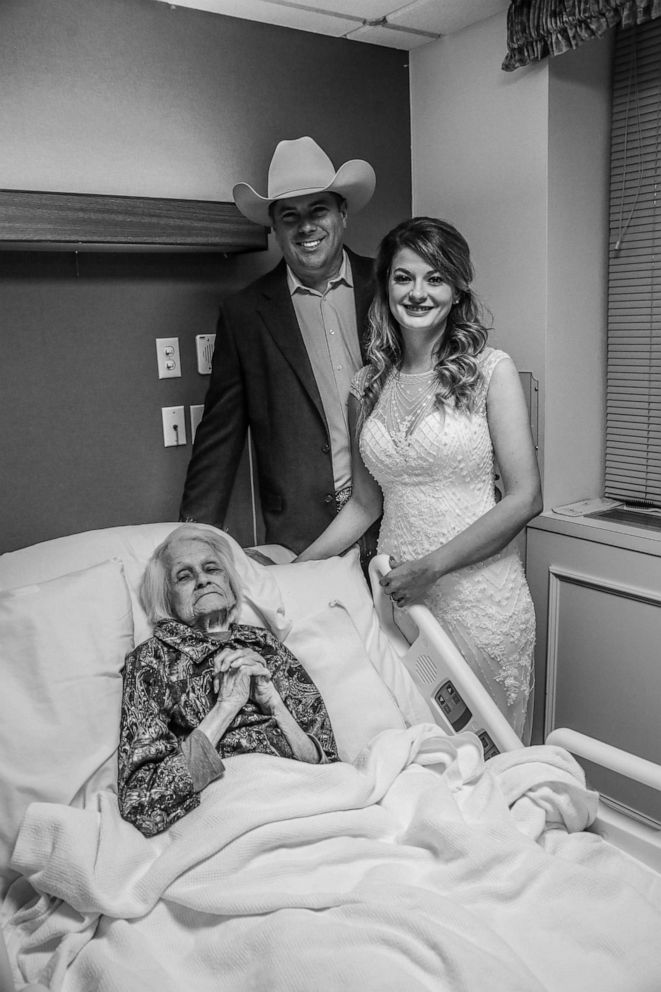 A Taylored Image
Charlotte Bussard, 100, stands with her grandson, Clay Cameron, on the day he wed Sky Howard in an unofficial ceremony at Hemphill County Hospital in Hemphill County, Texas.

"Granny is a firecracker," Howard said. "She's got a lot of spunk. She's always had a really fun, sharp personality." 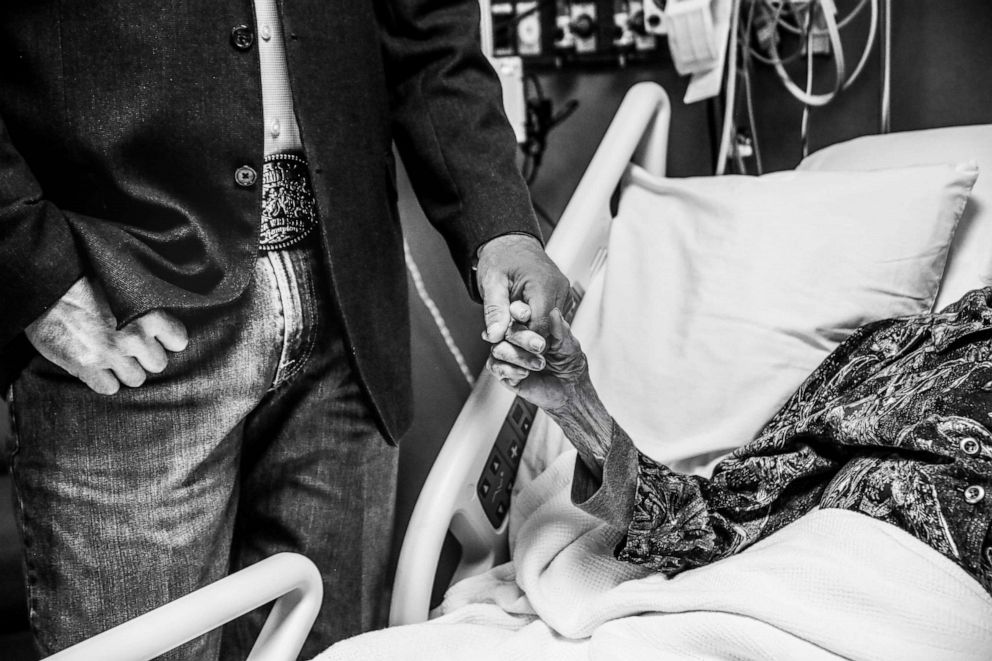 A Taylored Image
Clay Cameron holds the hand of his grandmother, Charlotte Bussard, 100, at Hemphill County Hospital in Hemphill County, Texas, in May 2019.

She graduated high school in Shattuck, Oklahoma, and worked for many years as a nurse. 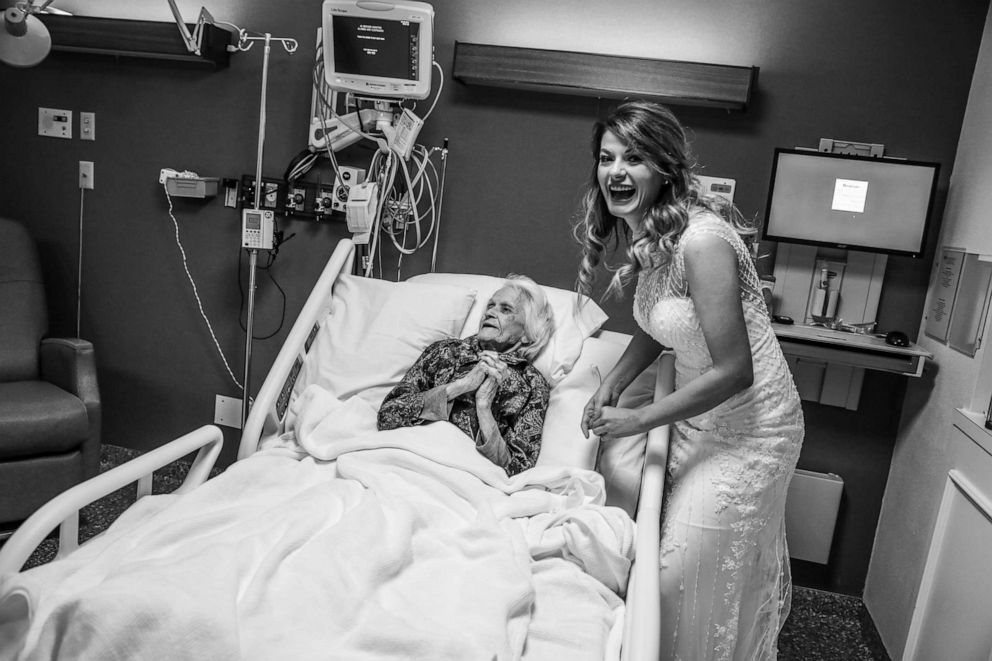 Since Bussard's health took a turn, Howard and Cameron decided to have a mock ceremony inside her hospital room on May 29.

(MORE: Stranger leaves touching note on couple's doorstep thanking them for the courage to come out)

Amy Taylor, owner of A Taylored Image, photographed the special day and shared the images on Facebook where they generated buzz.

"Everyone in the room was warm and happy," Taylor told "GMA." "I was privileged to be there. "The way she was looking at Sky and Clay was amazing." 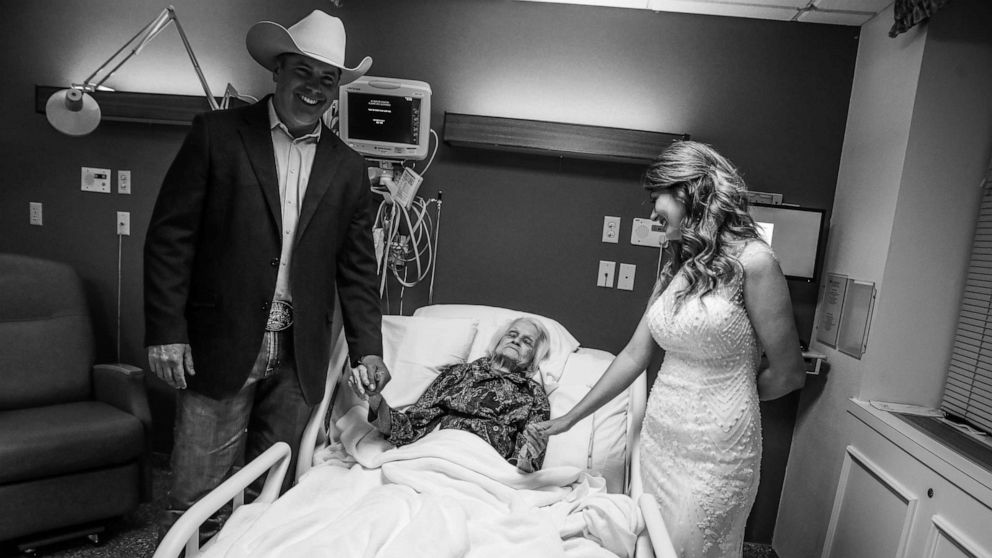 Howard said there wasn't a dry eye in the room as Bussard looked on.

Bussard's health has improved and she has since moved into assisted living, Howard said. 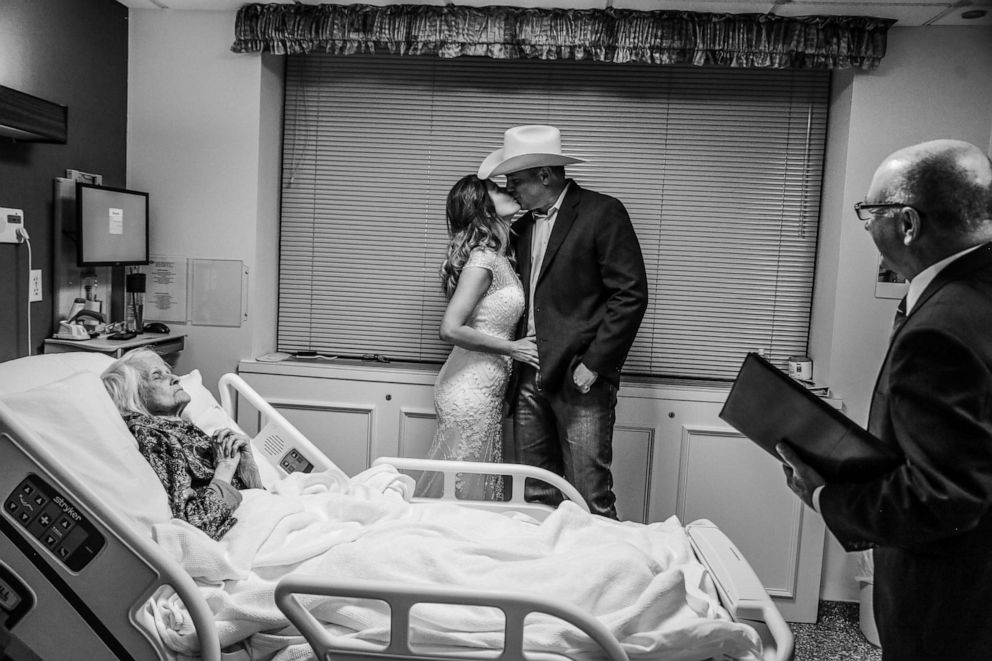