A father's post about his son's first day of school photos has gone viral for the best reason.

Adam Perry took a couple of snapshots last week of his younger son, whose name he withheld for privacy reasons, and realized the secret to getting his kid to crack a natural smile was with one key word.

"My son when I tell him to smile vs when I yell out 'poop!'" Perry wrote in a Twitter post that's since gone viral with nearly 300,000 likes.

My son when I tell him to smile vs when I yell out “poop!” pic.twitter.com/ui6TuPOaC5

Perry's post featured two side-by-side pictures of his preschooler son, whom he described as "shy" but also "sweet and silly" with a "fun sense of humor." In the left photo, his son flashes a slightly strained smile -- but in the right photo, the young boy grins widely in a natural reaction caught on camera.

"We always take pictures on the first day [of school] and we were in a bit of a hurry and having a hard time getting good pictures," Perry told "Good Morning America." "My son always has the funniest smile when he's trying too hard. I learned at some point that if I just yelled out 'POOP' and snapped the picture quick, it always worked out way better. In this case, it was a pretty dramatic comparison, so I thought I'd share it." 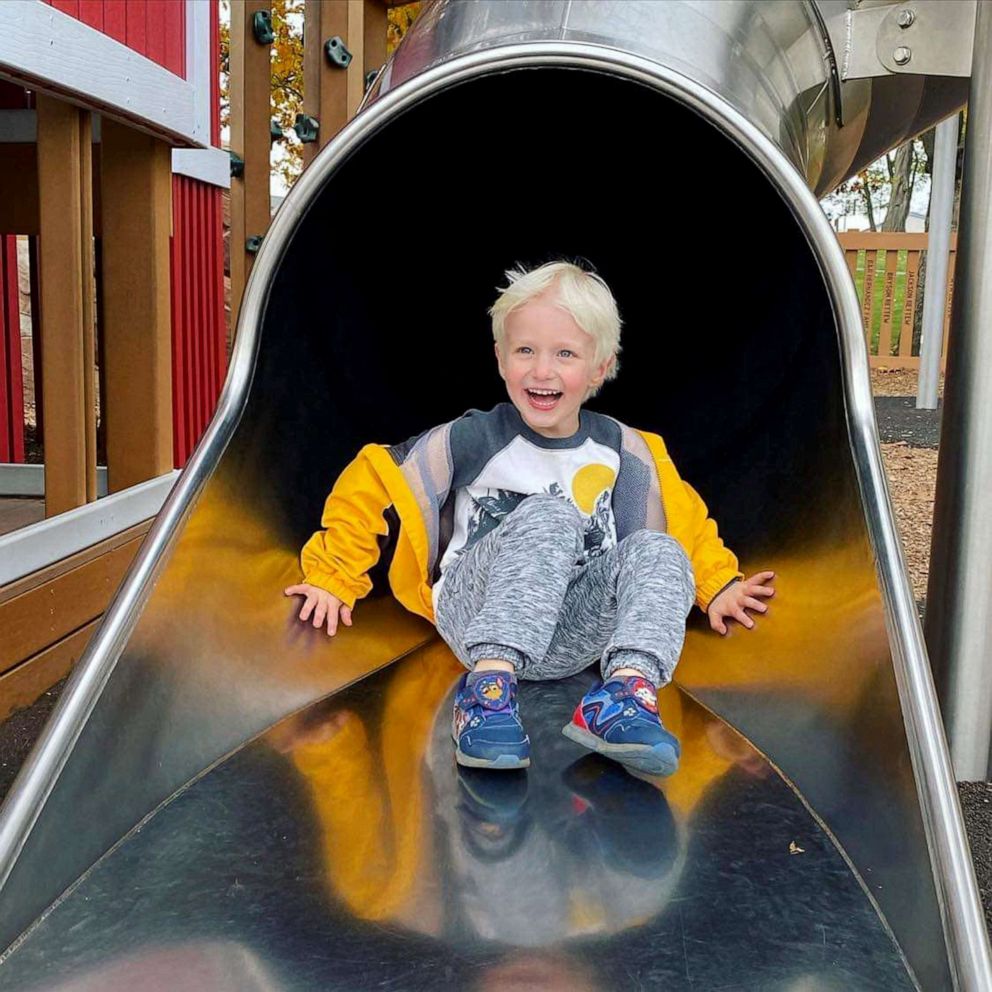 It's a strategy others say they've employed themselves or been on the receiving end of. Some said they were curious to try it out on their own little ones.

A different commenter confirmed that the trick "always works" for them.

"My mom ALWAYS yelled out 'buttcrack' to make my sister and i laugh in pictures as kids. honestly she even did it at my wedding, still works," another Twitter user wrote in response. 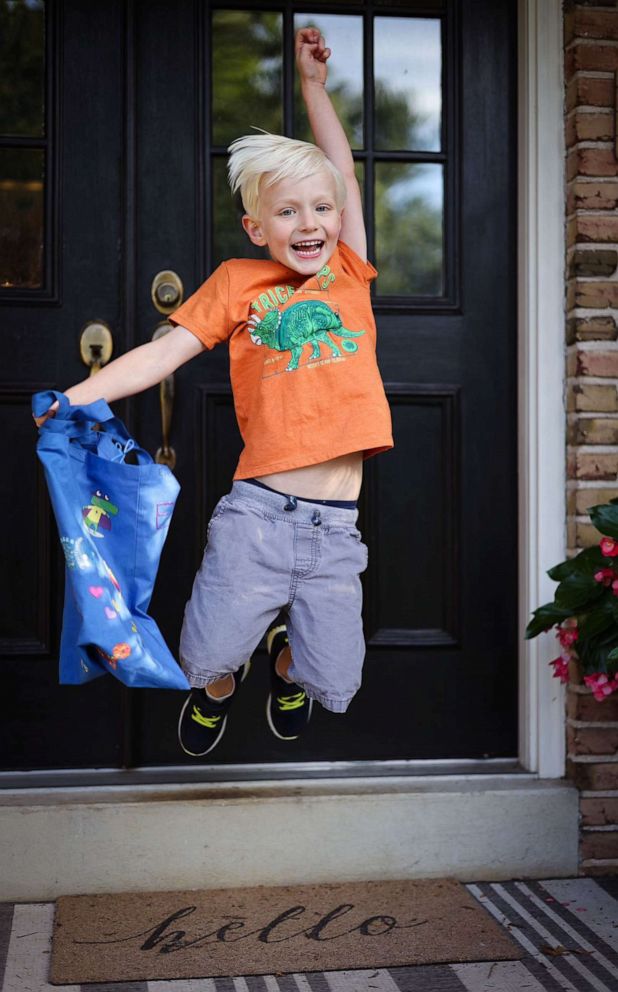 Adam Perry
Adam Perry describes his younger son as "sweet and silly" and a kid who has a "fun sense of humor."

Perry, a children's book author, said he was surprised by how quickly his post took off and how much it had been shared. He said he hopes the viral post continues to inspire more smiles and laughs and helps other amateur parent photographers like himself.

"I expected 5 to 10 people to like it. Then it kept climbing ... and climbing ... it's now at 297k likes. Then it went first page on Reddit and viral on Instagram and Facebook," Perry wrote in a message to "GMA." 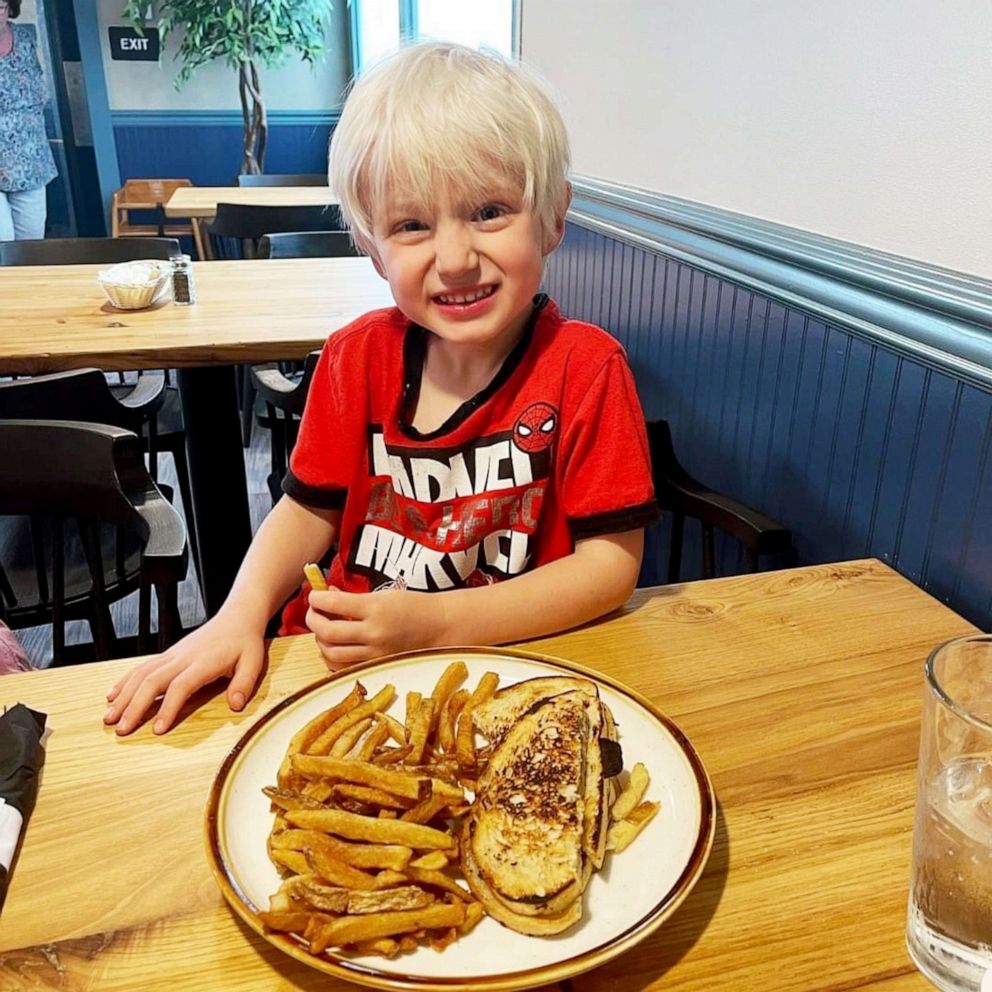 Adam Perry
According to Perry, his son &quot;always has the funniest smile when he's trying too hard&quot; to smile for a photograph.
MORE: What parents should know before sharing back-to-school photos online

"This post must have really resonated with people, and I've gotten tons of messages from people that are using this trick and getting great pictures of their kids, which to me, is the best part of all this," he added.