The daughter of one of the two teachers killed along with at least 19 of their students at Robb Elementary School in Uvalde, Texas, has written a tribute to her mom.

"Mom, you are a hero," Adalynn Ruiz wrote in a letter she shared on social media and with ABC News. "I keep telling myself that this isn't real. I just want to hear your voice."

Ruiz's mom, Eva Mireles, was a fourth-grade teacher at Robb Elementary School, which on Tuesday became the site of the second-deadliest shooting at an elementary, middle or high school in United States history.

Mireles had been a teacher in the school district for approximately 17 years, her aunt, Lydia Martinez Delgado, confirmed to ABC News.

Ruiz wrote in her tribute to her mom that she will be remembered forever for her reported selfless acts during the shooting.

My sweet mommy , I will miss you forever. 🤍🕊 pic.twitter.com/SIxKrgX6Xi

"You are so known by many now and I'm so happy that people know your name and that beautiful face of yours and they know what a hero looks like," Ruiz wrote. "I don't know how to do this life without you, but I will take care of dad. I will take care of your dogs and I will forever say your name so you are always remembered, Eva Mireles, 4th grade teacher at Robb Elementary who selflessly jumped in front of her students to save their lives."

Mireles was in her classroom Tuesday morning, one of the final days of the school year, when the alleged gunman entered the school through a back door, went into a classroom that was connected internally to a second classroom and began shooting, authorities said.

In addition to Mireles, her fellow fourth-grade teacher Irma Garcia, a 23-year veteran at the school, was also killed, along with at least 19 of their students.

Ruiz described Mireles as not only a devoted teacher and mom but also someone who was funny, who loved to sing karaoke and who was committed to CrossFit workouts. 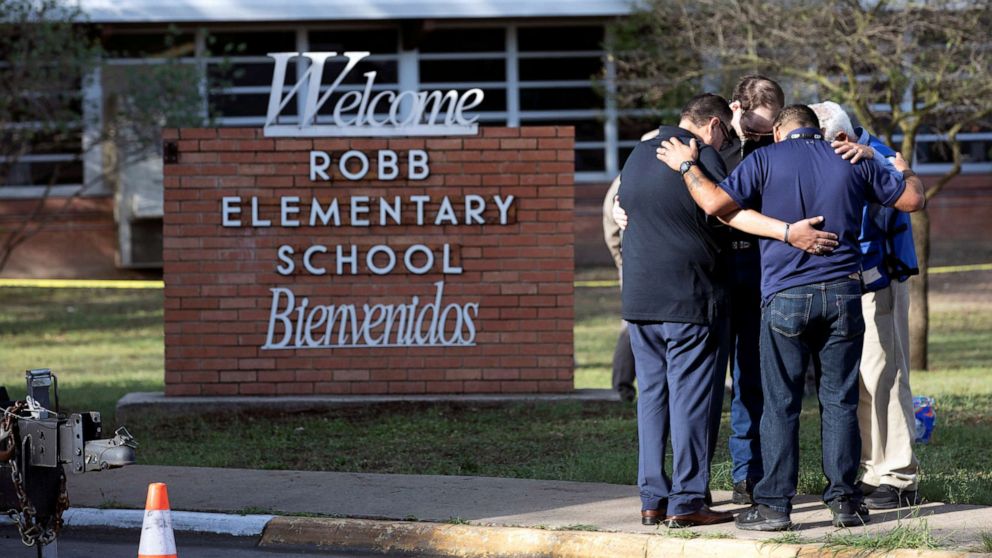 Nuri Vallbona/Reuters
People gather at Robb Elementary School, the scene of a mass shooting in Uvalde, Texas, May 25, 2022.

"I want to hug you one last time and I want to feel the calluses on your hands because you were not only teacher during the day, but the most hardworking cross fitter [sic] in the afternoon," she wrote. "I want to be able to get out of work and expect your call at 4:30 everyday because that's the first thing you would do as soon as you got out."

Another relative, Amber Ybarra, the cousin of Mireles' husband, described the teacher as someone "adventurous" and "vivacious."

"She was just very adventurous and courageous and vivacious and could light up a room," Ybarra told ABC News. "She's going to be missed." 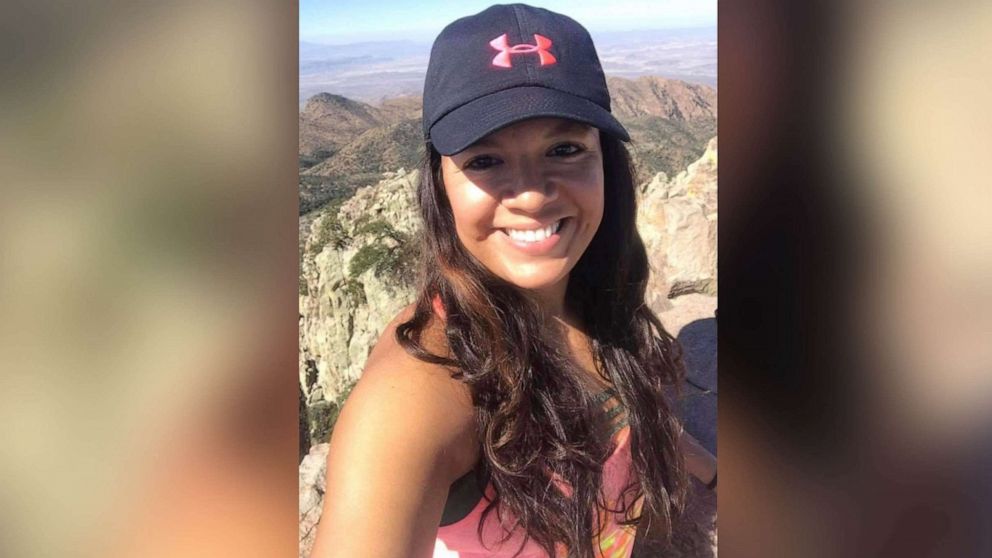 Courtesy Lydia Martinez Delgado
Eva Mireles, 4th Grade Teacher at Robb Elementary and victim in the school shooting on May 24, 2022, is pictured in an undated family photo.

Ruiz wrote in her tribute to her mom that she wants life to go back to the way it was before Tuesday's deadly shooting.