A 7-year-old girl who attended a daddy-daughter dance without her father got the surprise of a lifetime.

Kevin Matthews, who had just returned from an Army deployment overseas, shocked his daughter, Kylar, when he walked through the doors of Lamkin Elementary School in Texas on March 30. 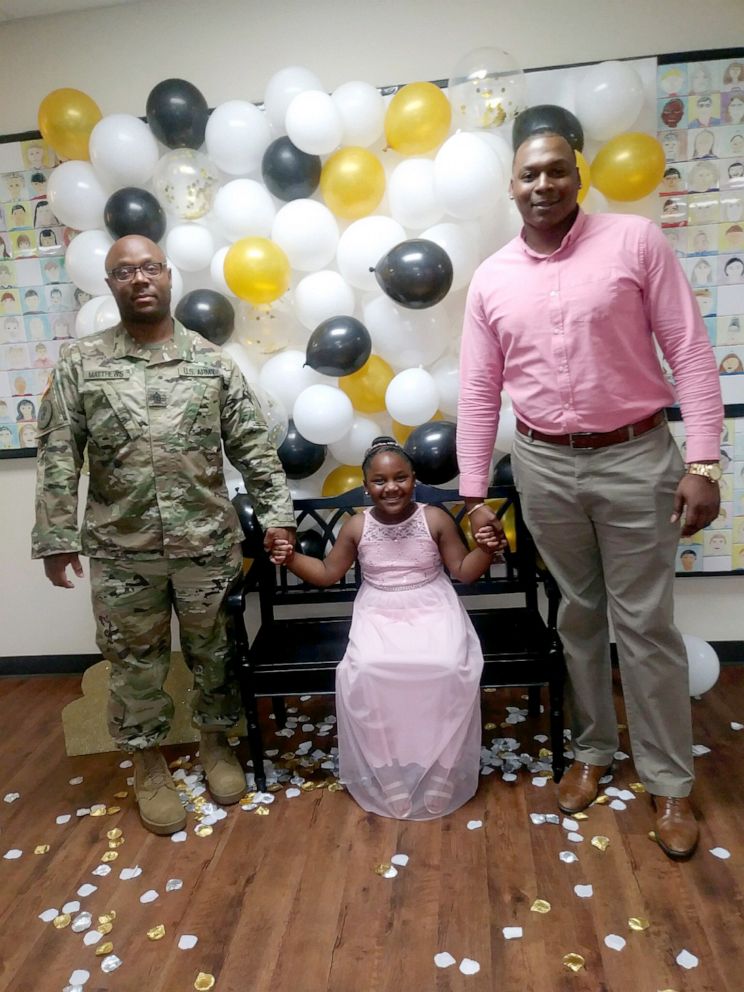 "He was in Kuwait for 1 year and 12 days," Kylar's mother, Jordan Clark, told "Good Morning America." "She had been missing him. To see her excitement of seeing her dad it was priceless."

School principal Gale Parker told "GMA" there were about 400 kids and parents who witnessed the event. 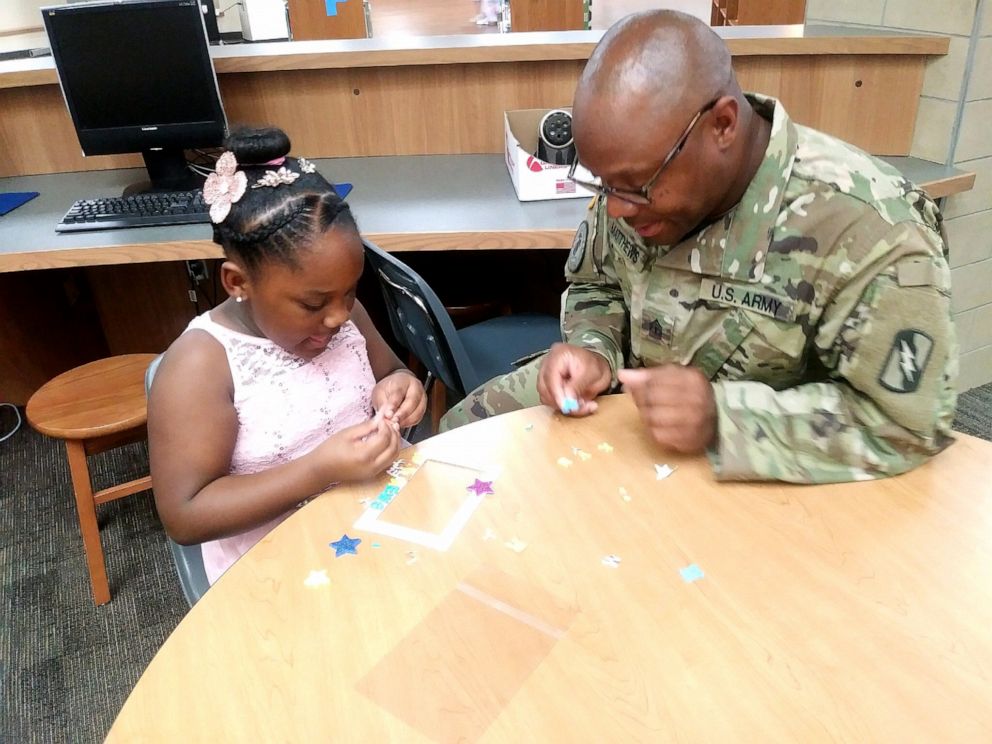 Jordan Clark
Kevin Matthews, who has been deployed for over a year, surrpised his daughter Kylar Matthews, 7, by attending the daddy-daughter dance at her school in Texas, March 29, 2019.

"[Kylar] missed her dad and what a great time for him to show up at this dance," Parker said.

While Kevin Matthews had been away, Kylar attended other school dances with her mom, stepmom, brother Tristan and stepfather Kerlanders Watson.

"We co-parent really great," Clark said of her ex. "Kylar was sitting at the table talking to her stepdad and when she looked up and saw [her father] she ran to him."

The touching moment when Kylar leaped into Matthews' arms was captured on video and shared by local news stations. 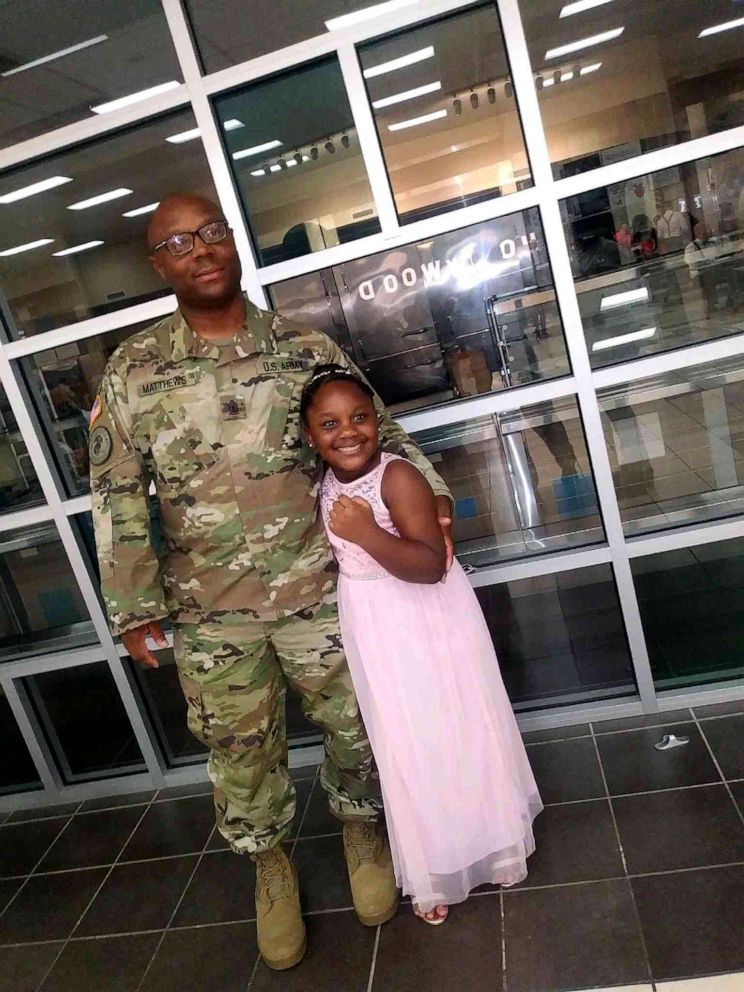 Jordan Clark
Kevin Matthews of the United States Army stunned his daughter Kylar Matthews, 7, as he walked through the doors of Lamkin Elementary School in Texas, March 29, 2019.

(Editor's note: This article was originally published on April 4, 2019)