As her belly curves in a small circle overlapping the top button of her jeans, Elisha White, 26, anticipates the birth of her fifth child.

White is currently unemployed and without a car, and though her family is pitching in and assisting her, she said her local diaper bank has been a saving grace now and since the beginning of her journey into motherhood.

"Ever since high school, they have always been there for me and been someone I can go and talk to," said White. "They are really important to families that need [diapers] and that can't afford them."

White's local diaper bank, The Diaper Bank of the Delta, which is located in Clarksdale, Mississippi, is the only organization in the state that is a part of the National Diaper Bank Network, which includes more than 200 independent diaper banks and pantries.

According to data from the organization, disposable diapers can cost up to $80 a month per child, with the average child needing up to 12 diapers daily. The federal government assistance programs such as Women, Infants, and Children (WIC) and Supplemental Nutrition Assistance Program (SNAP) do not allow funding for diapers to be expensed through them.

"Before the pandemic, [there] was already a need in our community, especially in our service. I am located in the Mississippi Delta, where most of our population is African American, and they were already struggling to afford diapers to properly diaper their children," said Chelesa Presley, executive director of the Diaper Bank of the Delta and member of Black Diaper Bank Leaders Group. "And then when the pandemic happened, oh my goodness."

MORE: More than 2 million women left the workforce in 2020. Why it matters, what's next

In 2020, the National Diaper Bank Network distributed more than 100 million diapers to 220 diaper banks across the country -- a 67% spike from 2019. In addition, most child care facilities require parents to provide diapers for their child. Nationally, 57% of parents experiencing diaper needs who rely on child care said they missed an average of four days of school or work in the past month because they didn't have diapers to send with their children.

Presley said many low-income families and families of color spend twice as much on diapers for their children compared to families who have the means to buy diapers in bulk at a lower price. 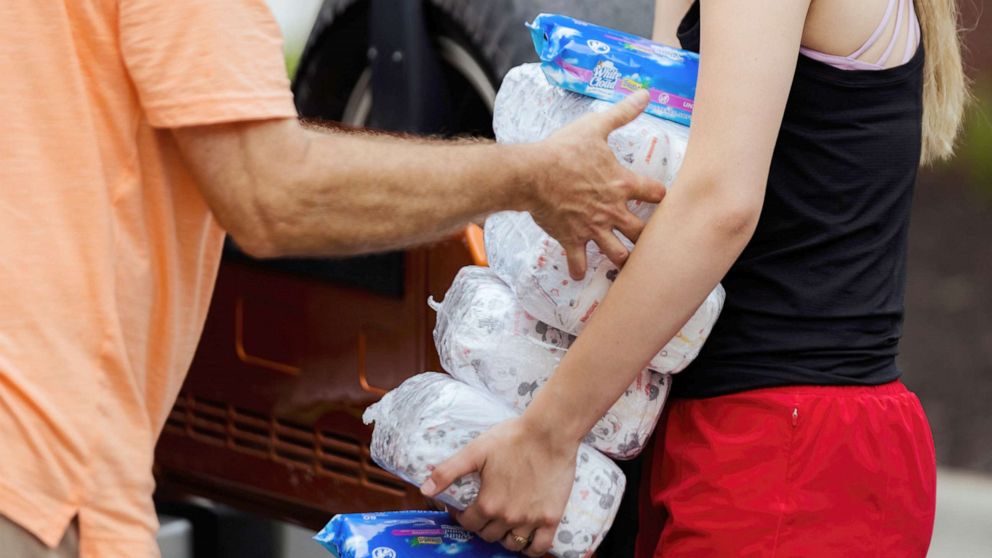 "They're leaving the diapers on the babies longer," said Presley. "I can tell you more and more families are coming to us, and we've increased the number that we give out because they're saying, 'We're still not having enough to meet our needs.'"

"We were giving out 30 diapers. We've increased it up to 50, and some still need diapers to just completely diaper their babies because they just can't afford it," said Presley.

But Joanne Samuel Goldblum, the CEO and founder of the National Diaper Bank Network, said there is a greater need for diapers due to the COVID-19 pandemic, because many families lost their jobs and cannot afford diapers due to their price increase. As if that wasn't enough, the consumer price index -- the Labor Department's measure of what consumers pay for everyday goods and services -- spiked 5.4% over the last 12 months. In June alone, it jumped 0.9%

"The price of all commodities is rising," said Goldbulm. "So people have sort of latched on to this conversation about the diaper-pricing increase -- and it has, but so has almost every other commodity that we buy."

"Everybody knows that when a baby's crying, no matter who's around, somebody is going to say, 'Did you check their diaper?'" said Goldblum. "What does it mean, as a parent -- especially a new parent, you know, if it's a little baby -- not being able to meet that child's needs?" 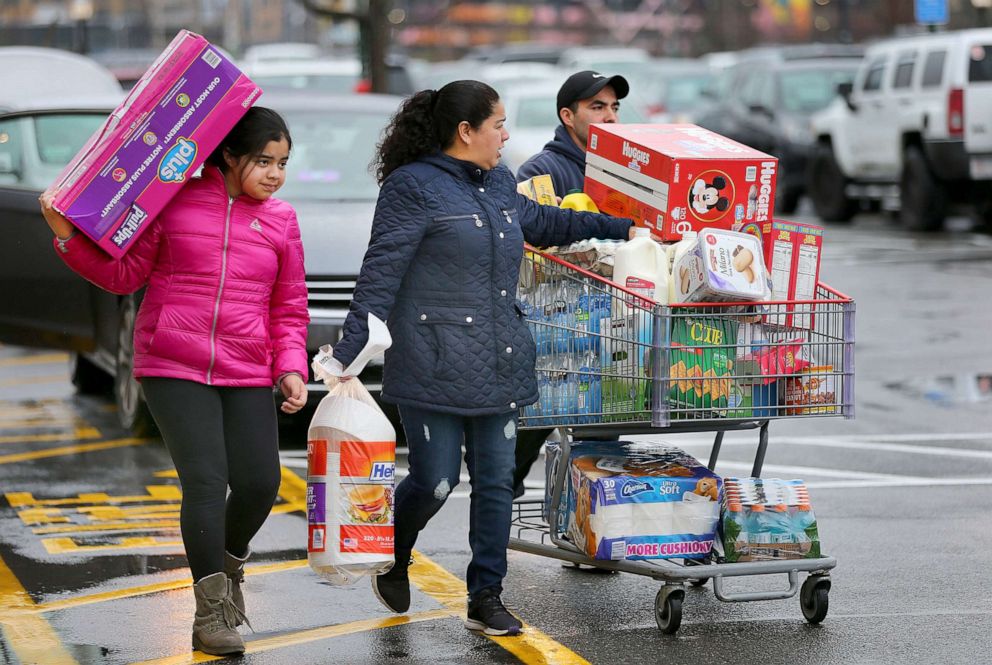 John Tlumacki/Boston Globe via Getty Images, FILE
Shoppers stock up on staples including diapers, toilet paper, bottled water, and canned goods at the Costco in Everett, Mass., amid coronavirus concerns on March 13, 2020.

Goldblum said that although the research for 2021 has not been released yet, diaper banks across the country are continuing to see the increased need for diapers and trying to continue to expand their capacity.

This is a problem that goes beyond diaper hygiene. Goldblum pointed to a 2013 study published in Pediatrics found that diaper need is more highly correlated with maternal stress and depression than any other material deprivation.

White said her local diaper bank will continue to help her and other mothers in need.

"It is so helpful for people who can't afford [diapers] right now during the pandemic," she said. "They are really helpful to me because I be about to lose my mind without them."