Dr. Anthony Fauci reaffirmed that every feasible option should be explored to reopen classrooms as the typical start of the school year inches closer.

"We want to try as best as possible to get the children back to school," Fauci said during a livestreamed interview on Instagram Wednesday with ABC News' Chief Medical Correspondent Dr. Jennifer Ashton.

Fauci, the nation's top infectious disease expert and key member of the Trump administration's coronavirus task force, called for school districts and universities to "really look on a case-by-case basis" as coronavirus hotspots continue to pop up across the country.

"I don't think there's going to be a one-size-fits-all here," said Fauci, whose daughter is a teacher. "There are going to be parts of the country where there is so little viral activity that you don't have to do anything different. ... There are other parts of the country where there's enough viral activity where you want to make some modifications." 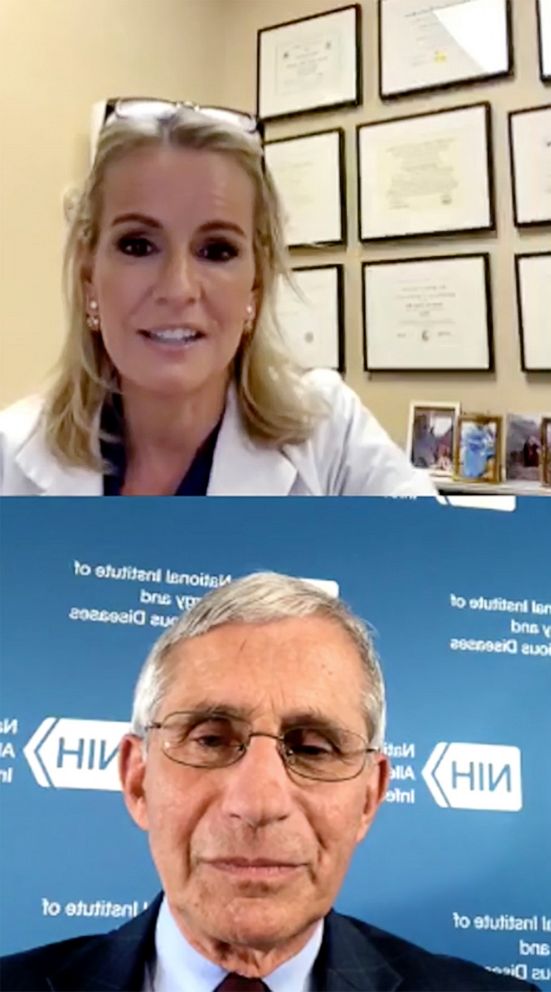 "You've got to be careful because what trumps everything is being sensitive to and attentive to the health, the safety and the welfare of the children, of the teachers and secondarily, of the families of those individuals," Fauci said.

President Donald Trump has continually pushed for schools to reopen for in-person learning, though he also said he'd leave the decision to state governors.

The recommendations come as the United States continues to have the most diagnosed cases and deaths globally -- a grim title the country's held for 15 consecutive weeks, data from Johns Hopkins University shows.

MORE: Camps that stayed open in summer of COVID could offer lessons for schools

Fauci attributed America's infection surge in part to early reopenings after cases appeared to be on the decline in late spring.

"It never really came down to baseline so we plateaued around 20,000 cases a day for weeks in a row," Fauci said. "We saw an increase that was quite alarming [when reopenings began]."