It's the end of engagement season, which means soon many couples will be walking down the aisle.

Are you freaking out? Are you wondering if you're really ready? I mean, really ready? You're not alone. In fact, many couples who've "put a ring on it" this season, will want to ensure they're prepared for marriage.

Author Toure Roberts, who's out with his new book "Wholeness: Winning in Life from the Inside Out," has a few tips to consider before walking down the aisle.

After outlining his points in his now-viral video titled, "5 Keys To Identifying Your Soulmate," which garnered more than 3 million views to date, Roberts, who's also the co-pastor of The Potter's House at One LA in Los Angeles, decided to expand on those tips in his latest book centered on the idea of wholeness. 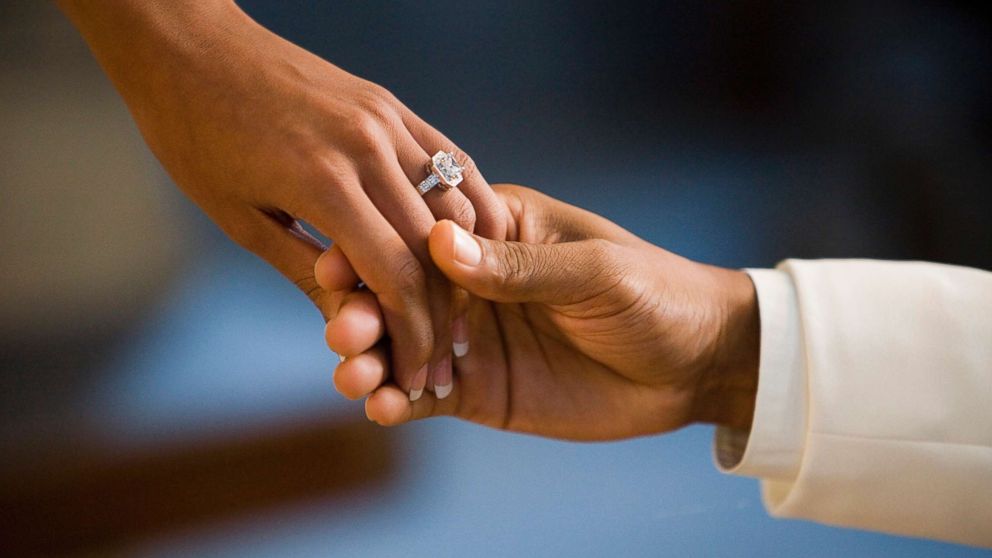 STOCK PHOTO/Getty Images
A man and woman hold hands showing off a large diamond ring in this undated stock photo.

"Relationships were never designed to make you whole," he told ABC News. "You hear people say you complete me ... and although it sounds cute, the reality of it is to say you’re only half a person by yourself."

"With that sort of approach to relationships, it’s a confession that I’m not complete. The ideal relationship is a relationship between two whole people," Roberts, who's married to author Sarah Jakes Roberts, daughter of famed preacher T.D. Jakes, said.

How does one know if they're whole? Roberts said, "One of the signs of wholeness is being able to say, 'I’m good all by myself.'" 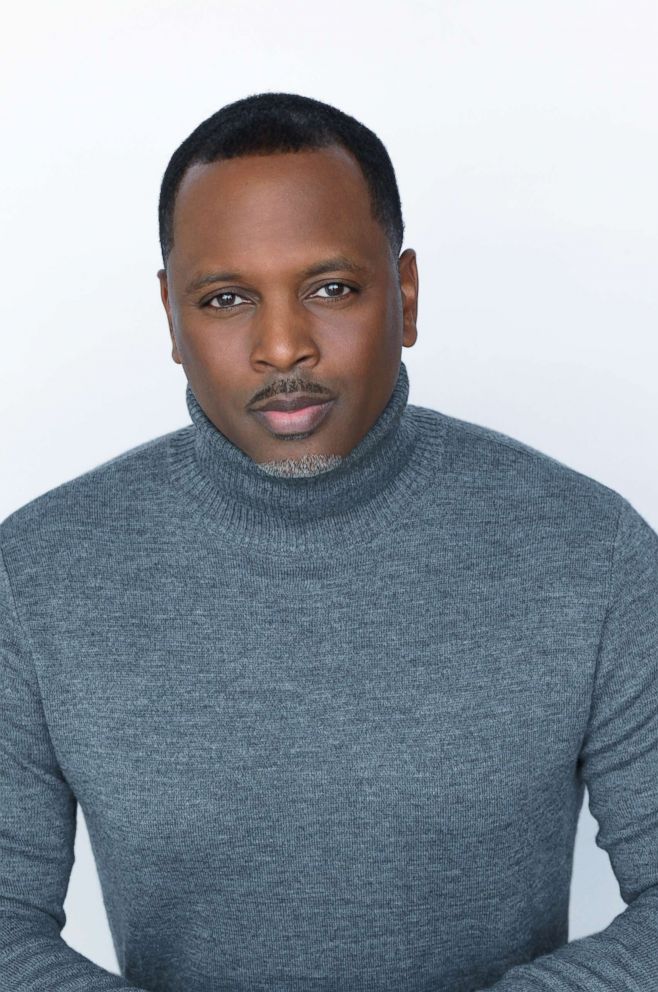 Dana Patrick Photography
"Wholeness: Winning in Life From the Inside Out" author Toure Roberts.

Before walking down the aisle, check out Roberts five must-haves before you say, "I do":

1. You must have chemistry

Roberts told ABC News there must be "some sort of magic. Something that is bigger than the two of you. However, it can’t stop with chemistry because chemistry can be a bit deceiving -- you can have chemistry with 50 different people. Chemistry is the starting place but it’s not the ending place."

2. You must have connection

Roberts said connection feels like needing to be with someone or being able to tell your partner, "I’m better when I’m with you."

The preacher warns to not mistake connection with co-dependency "because sometimes co-dependency does a stellar job at masquerading as love." A co-dependent relationship, Roberts explained, is one that "fills the void of brokenness."

"That’s really why I wrote about wholeness because it literally hides out in your blind spots. Co-dependency you can’t see," Roberts continued.

Roberts said to test whether you're in a co-dependent relationship or not is asking yourself, "Can I be good all by myself?" If the answer is no, you may want to investigate why. 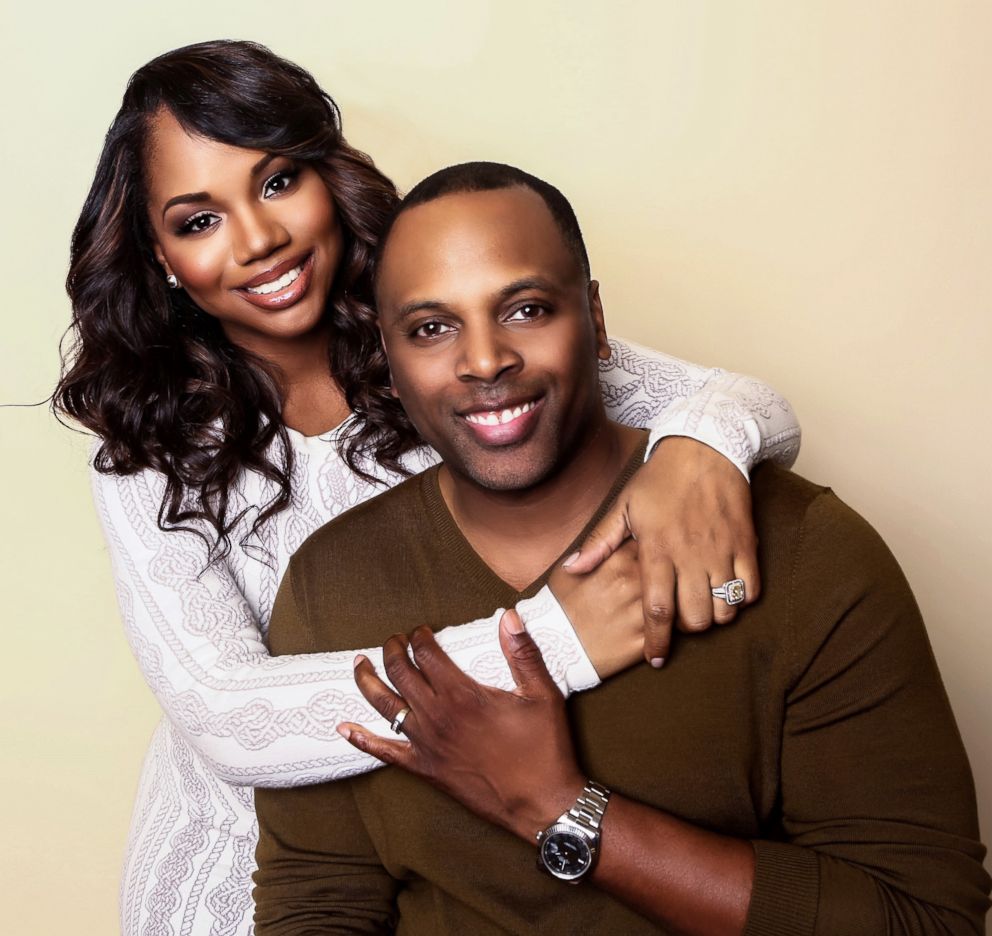 3. You must be whole

In his book, Roberts describes wholeness as "the state of being complete. It means to be unbroken, having no cracks or missing parts that unhealthy and unprofitable fillers can occupy. Wholeness is the highest and healthiest version of any person."

Again, Roberts told ABC News that "the test of being whole is being able to say, 'If you are the one, great! If you're not, that’s great too.'"

Jointly write a vision for your marriage.

4. You must have divine confirmation

No matter what you believe in, and even if you're an atheist, Roberts believes that you should have "some sort of sign that’s beyond you" that confirms "I’m really in the right space."

For Roberts, he got his sign when he first met his now-wife Sarah Jakes Roberts. The author said he "fell in love with her on our first date." It made him completely forget about his decision not to date or be involved in any relationship for a period of time. Although he tried to fight it, even cutting off the relationship, eventually Roberts said his heart was at peace of falling in love with her. Nine months later, the two were engaged. 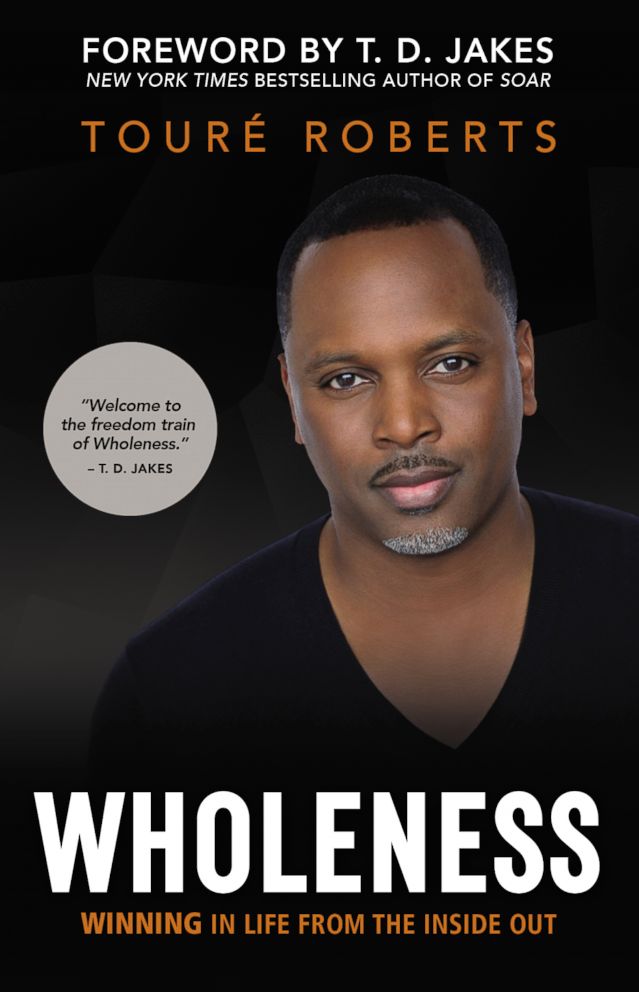 Jennifer McMillan
The book cover for Toure Roberts' book, "Wholeness: Winning in Life From the Inside Out."

5. You must have purpose

"When two people are brought together I think there is a bigger picture," Roberts said, adding that he always tells couples one piece of advice during pre-marital counseling.

"It’s important to have a vision for your marriage. You have two people and they come from quite possibly two different backgrounds, two different perspectives, two different experiences ... and you want to make certain you’re on the same page and you’re expectations are aligned," he said.

Toure Roberts is the co-pastor of The Potter's House at One LA in Los Angeles. He's also the author of "Purpose Awakening: Discover the Epic Idea that Motivated Your Birth."