It's sort of like training wheels for social media.

That's a pretty accurate way of explaining what Facebook's app -- Messenger Kids -- is. It's designed for kids ages 6-12 and downloaded using a parent's Facebook account.

Antigone Davis, head of Global Safety at Facebook, told "Good Morning America," the feedback she hears is the app is what parents are looking for as they come to terms with letting their kids dip their toes into the digital world. 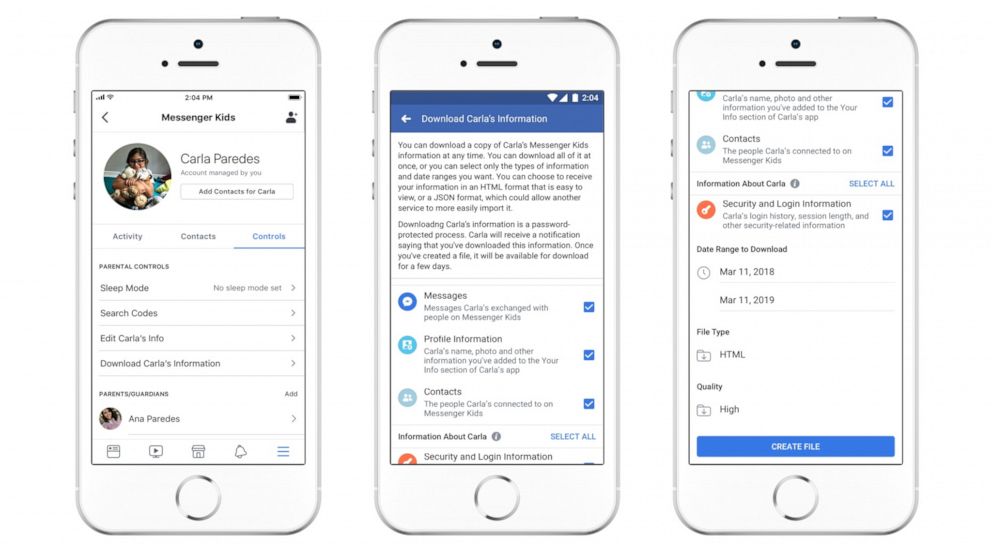 "It's what they've been looking for to let kids get started in a way they [the parents] can control to set them up for success and fun," she said. "There's no official onboarding process when it comes to technology and Messenger Kids allows the parent to have conversations with their child to talk abut technology. "

According to the company, Messenger Kids is a way "kids can keep in touch with friends and family with fun features like filters and stickers that spark conversation and laughter. With the feature-filled camera, kids can create fun videos and decorate photos to share moments with loved ones. Kids cannot hide or delete content, making it easy for parents to check in."

MORE: These are the hashtags putting your child at risk on social media, experts say

Tuesday, Facebook announced several changes to Messenger Kids, all designed to give parents even more control over the content their children come across. The new features include:

• Recent Contacts and Groups History: See who your child is currently chatting with, whether they are video chatting or sending messages, and how frequently those conversations happened over the past 30 days.

• Log of Images in Chats: See a list of the most recent photos and videos your child has sent and received. If you believe a certain image or video is not appropriate for your child, you can remove it from your child’s view and report it directly from the Parent Dashboard. 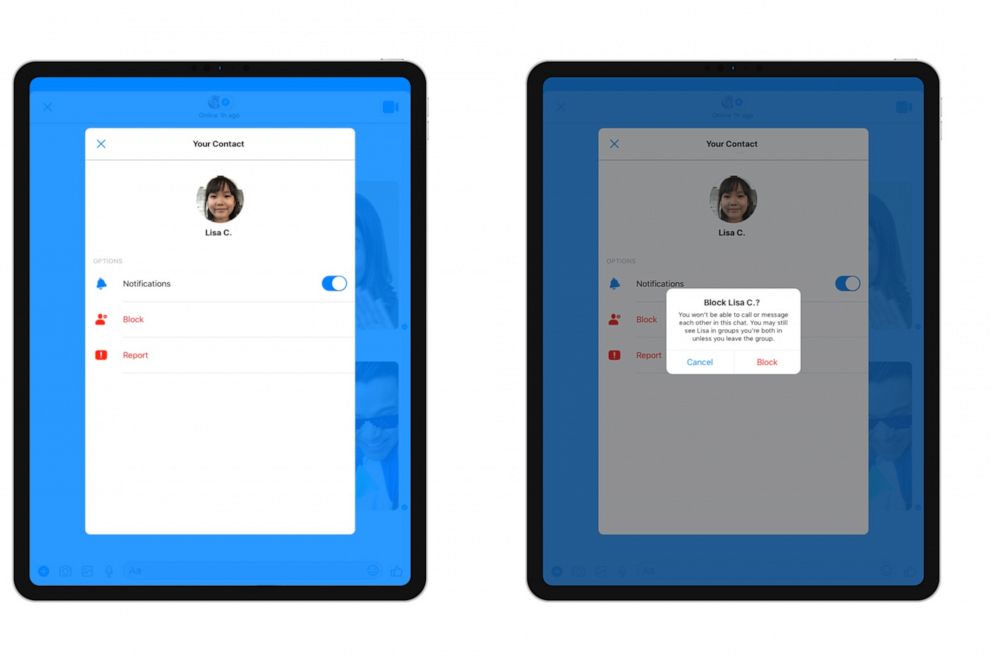 Facebook
An example of blocking in Facebook's Messenger Kids.

• Remote Device Logout: See all devices where your child is logged in to Messenger Kids and log out of the app on each device through the Parent Dashboard.

"The product has been live for a couple of years [it launched in Dec. 2017] and we're constantly talking to to parents, kids and experts on how it could work better," Morgan Brown, product management lead for Messenger Kids, said of why the company was releasing the updates now.

But Messenger Kids has not been without issue. Earlier this year, The Verge reported a design flaw that "allowed users to sidestep that protection through the group chat system, allowing children to enter group chats with unapproved strangers." Facebook sent alerts to the parents of the children affected.

In the absence of a platform like Messenger Kids, however, what's left for a parent to do except hand over a smartphone or similar device and hope for the best? Most experts agree that's not a wise idea.

Carly Yoost, CEO and Founder of Child Rescue Coalition, told "GMA" that the use of social media by children is a personal decision among families and would "ask parents to really think about the consequences of adding kids to a social media network earlier than 13 years of age."

She thinks Messenger Kids "does appear to be safer from predators than other apps like Instagram, Snapchat and Tik Tok. Parents have to approve all contacts, there are stronger filters for inappropriate content, and the child accounts are not visible on the parent's Facebook account," she said.

"It's a challenge for kids to figure out what the boundaries are," he said. "The parental dashboard allows for an ongoing conversation and progression as the kids grow up to turn off certain features to give kids more control."

No matter the medium, however, safety experts warn of the importance for parents to stay on top of all media use when it comes to their kids.

"If you do decided this is right for your family, make sure kids are never using their devices in their bedrooms, only in common areas so parents are always aware of who their children are talking to," Yoost said. "Twenty years ago our kids were safe in their bedrooms, they aren't now with a connection to the internet."