It's the first day of fourth grade for Yara Valerio. As her mother, Emma Mercado, packs her lunch in the kitchen, Yara is finishing up her remaining summer school homework in their New York City apartment.

In a few minutes, they will walk hand-in-hand to P.S. 123 Mahalia Jackson School where Yara will soon meet her new teacher and reunite with friends.

The day marks more than two years since COVID-19 forced many students and schools across the country to abruptly switch to remote learning. Yara said she's glad that's finally in the rearview.

"In person, you can talk to your teacher, and it would be way more easier to learn better," Yara told ABC News. 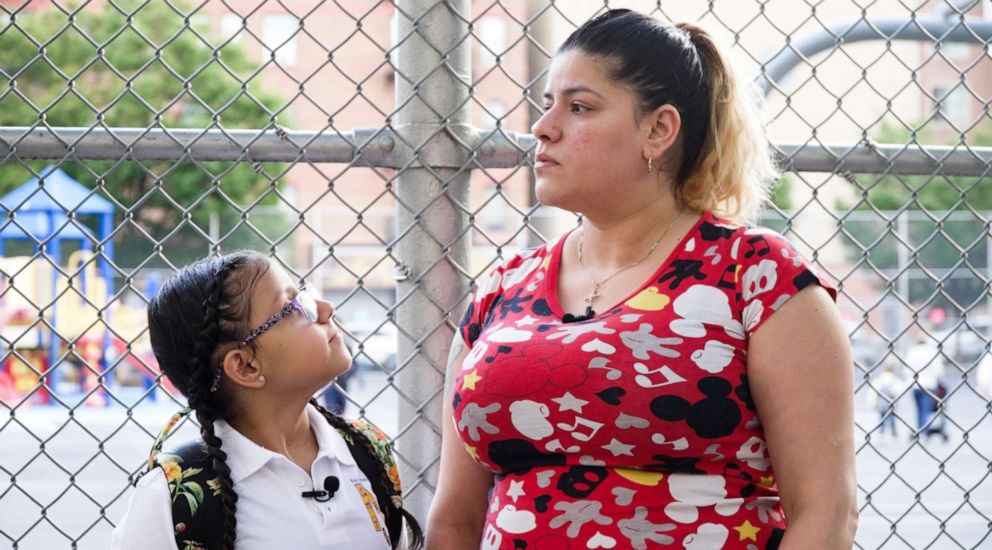 However, data showing the full extent of COVID-19's long-term impact on elementary students' learning is only just starting to emerge.

Earlier this month, the National Center for Education Statistics reported that math and reading test scores among America's 9-year-olds plummeted during the first two years of the pandemic, according to the National Assessment of Educational Progress results. In addition, reading scores decreased by the largest margin in more than 30 years, erasing decades of progress, the report said.

The decline was seen across all races and regions, but students of color, who were more likely to continue remote learning for longer periods of time, were impacted most.

Mercado said Yara, who has mild ADHD and a sensory disorder, found it challenging to focus during her online classes.

"It was a constant battle, her not wanting to pay attention to what I was saying because I wasn't a teacher, or if she wanted to go play with her friends, or she wanted to take a break," Mercado said. 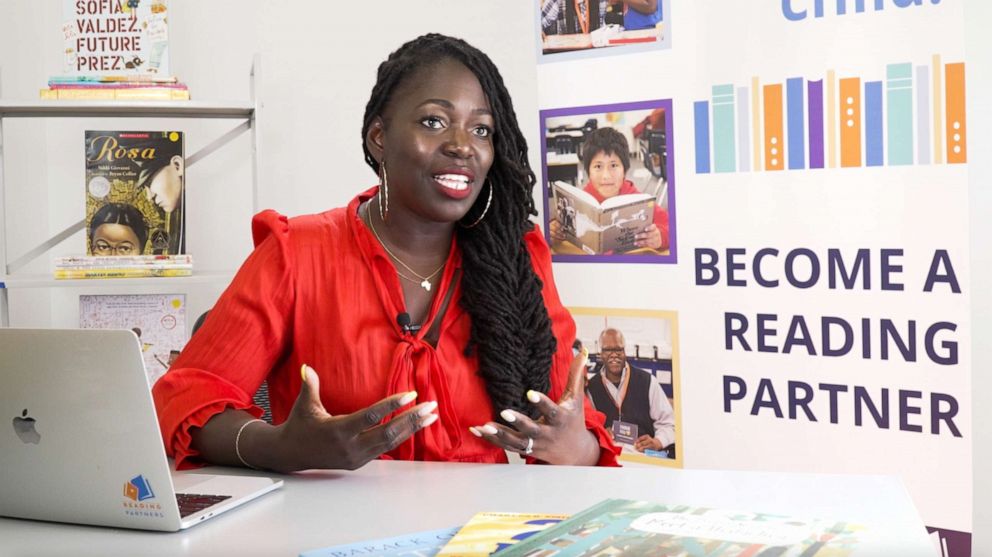 After noticing Yara falling behind in reading, Mercado enrolled her in Reading Partners, a children's literacy nonprofit that offers free tutoring for elementary students in disadvantaged communities in 12 regions across the U.S. Ninety-five percent of participating students are Black and Latinx, the organization's CEO Adeola Whitney told ABC News.

Whitney said the pandemic didn't create but rather exacerbated and exposed existing educational inequities, including "the digital divide," referring to socioeconomic disparities in access to reliable internet service and working devices. 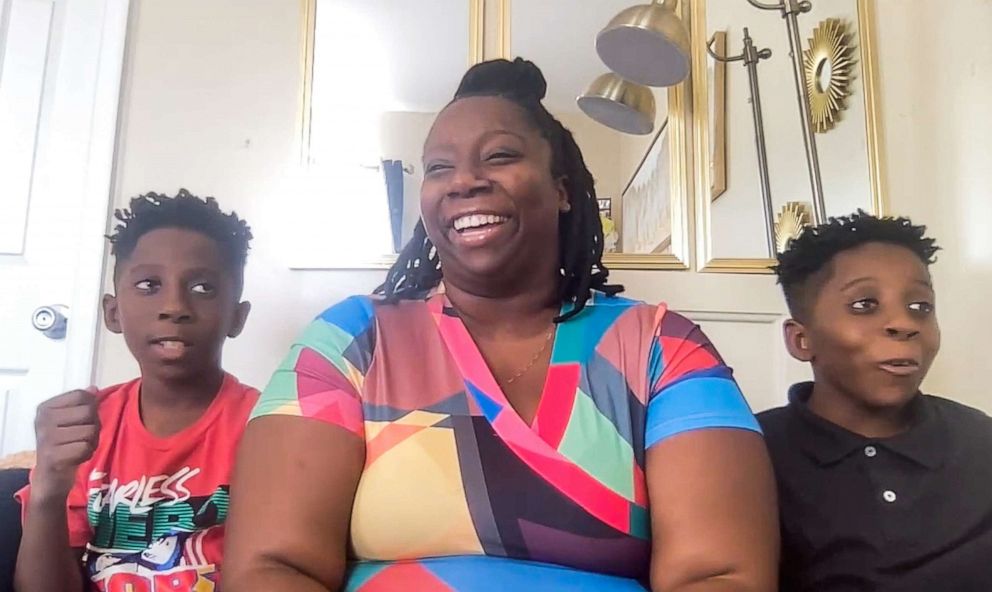 ABC News
April Stewart and her twin sons Josiah and Elias speak with ABC News about the challenges they faced with online learning.

"Everything started crashing," Josiah told ABC News. "I had to reboot my computer. I had to get a new computer because the other one wasn't working."

"When the teacher was talking to us in person, I can write it down," Elias told ABC News. "But then on the laptop, I had to try to type, and she was talking too fast."

Whitney also noted the disproportionate burden remote learning placed on working parents with multiple children and limited resources — the case for many of Reading Partners' participants.

Facing these obstacles, parents had to get creative.

During the pandemic, Stewart said she often had four children in the house doing online schooling, including her eldest son and nephew. Elias usually took classes upstairs on a laptop and Josiah on a desktop computer in the downstairs living room.

"Sometimes people will be walking back and forth, and [Josiah] would get distracted," Stewart said. "So I'd get a blanket, and I put it over the top of the desktop, so it's like a tent, and he would just be sitting under there." 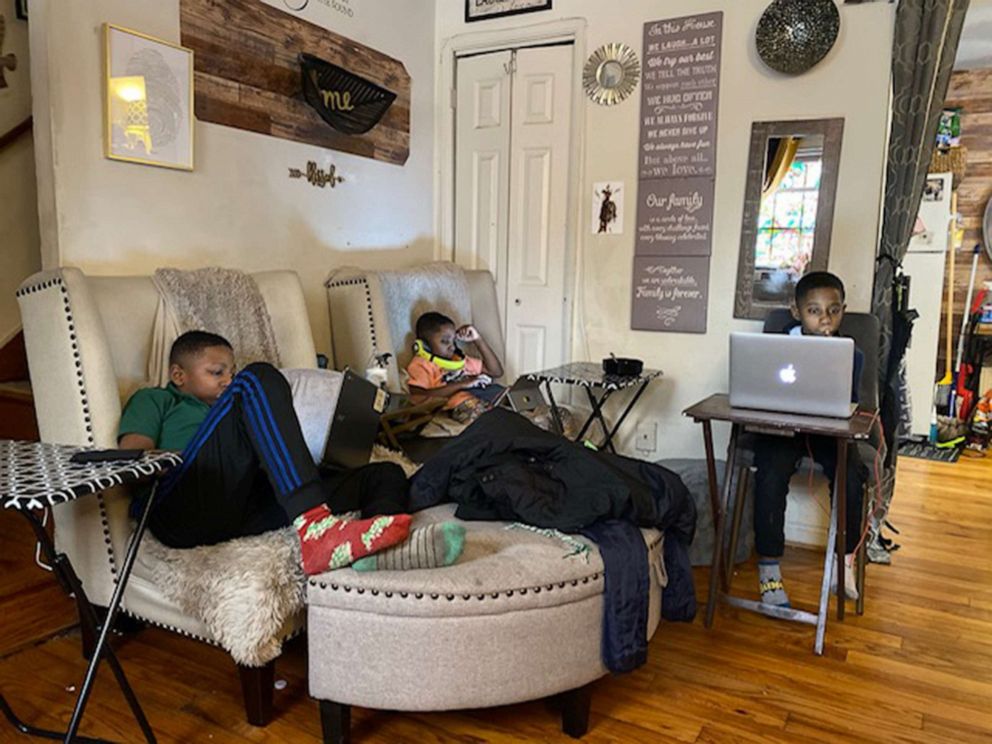 Mercado, who was working as a property manager, said she often had to take Yara "on the go" in the middle of the remote school day while she responded to tenants' emergencies, setting up a hotspot in the car so Yara could continue her classes uninterrupted.

"As a mom, I had to figure it out. It's either my job that's paying for my rent, so I can keep my daughter under the roof, and have food in the refrigerator," she said. "And also being there for her to do her work."

MORE: More Black families turned to homeschooling during pandemic -- and are sticking with it

Despite these challenges, Whitney said the pandemic was also an impetus for innovation.

"It's easy to look at the pandemic and think about all of the challenges. But I'm also amazed at children's resilience," she said. "The fact that they learned anything during this time, I think, is huge."

The nonprofit encourages teachers and parents to take advantage of Reading Partners' resources. It also hopes to recruit more volunteer tutors and expand to more cities. 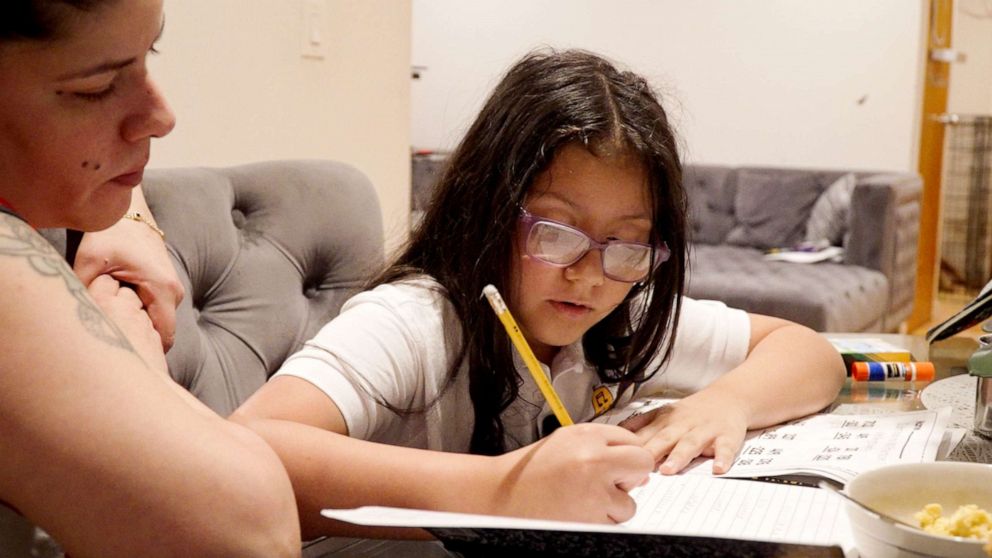 With the new school year in full swing, Mercado and Stewart said they're proud of their children's progress and are both excited for the fresh start the return to in-person learning will bring.

"I'm not stuttering anymore, and it's easier for me to read big words," Yara said.