Have you ever dreamed of packing up and hitting the road?

Molly and Jaren Garcia of the lifestyle blog We Plus Threee did just that in 2019. They sold their three-bedroom, two-bathroom house in Joshua, Texas, whittled down their belongings, and moved with their three children into a recreational vehicle.

Since then, the family has already traveled to 25 states and is now in their fifth RV -- a fifth-wheel that's a 44-foot motorhome. 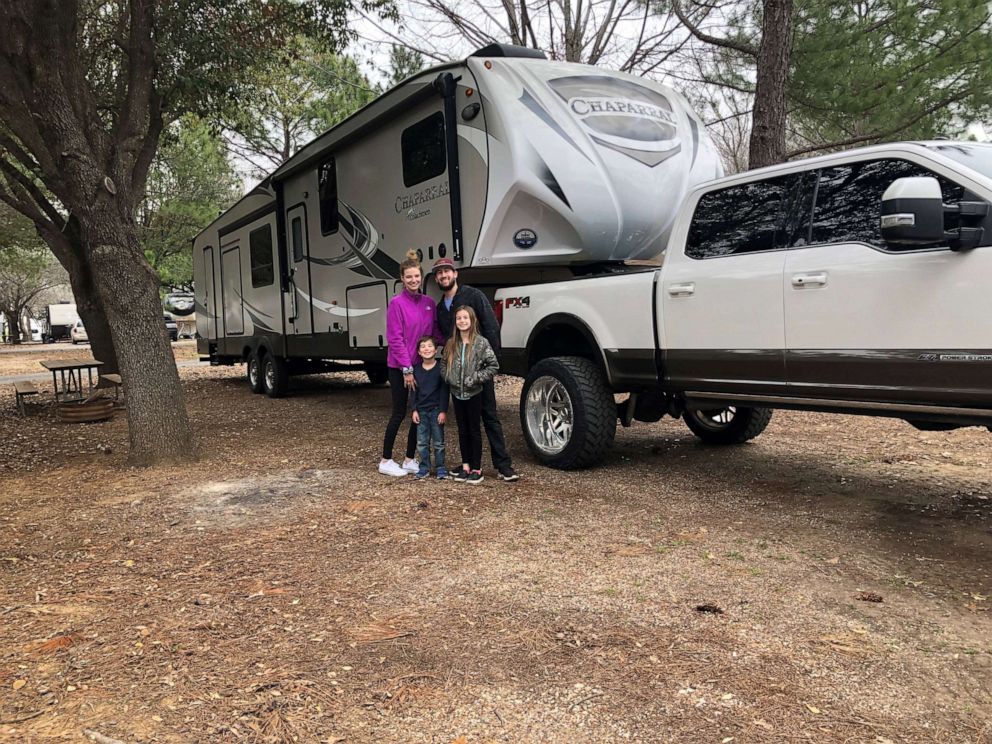 Courtesy Molly Garcia
The Garcia family set out on their RV adventure in 2019 with a Coachman Chaparral.

"We've hacked the freedom code for us," Jaren Garcia, 30, told "Good Morning America." "Everyone has what freedom [means] for them, but I think that we were pretty happy with what we chose." 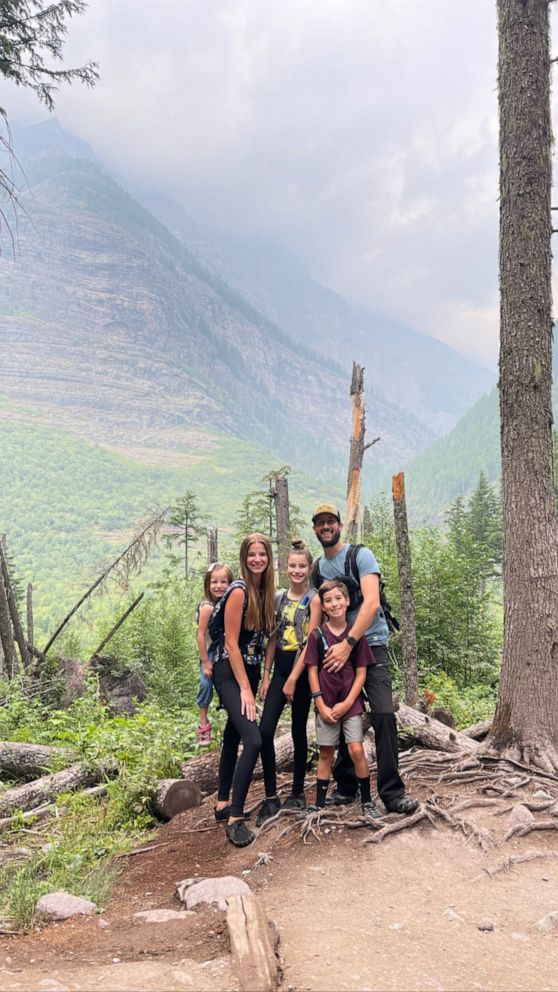 "We were trying to figure out how we were going to live our lives separately. Like, I was at home with the kids and then he was gone out of state. He would only come home for a few days out of the month and then it was for months at a time and I was like, 'Well, I don't really care for being at home by myself anymore. I'd rather be with you even if it's in an RV,'" Molly Garcia, 29, explained. "And we ended up doing that."

Molly Garcia now home-schools their children -- Lillie, 13; Jaxton, 9, and Willow, 5 -- and creates content for the family's blog and social media platforms. Jaren Garcia is in charge of driving and has switched jobs to become an independent insurance adjuster. They've also taken on other side businesses, including flipping a 1950s house.

According to Molly Garcia, the kids have quickly adjusted to their new lives. "They love it. We asked them, we're like, 'Do you want to go live back in the house? Do you want to go to school?' And they're like, 'No, no, we like this,'" she said.

The Garcias estimate that when they were living in a traditional house, they were spending approximately $3,000 per month. Now that they've switched to an RV, they spend much less per month, they said. 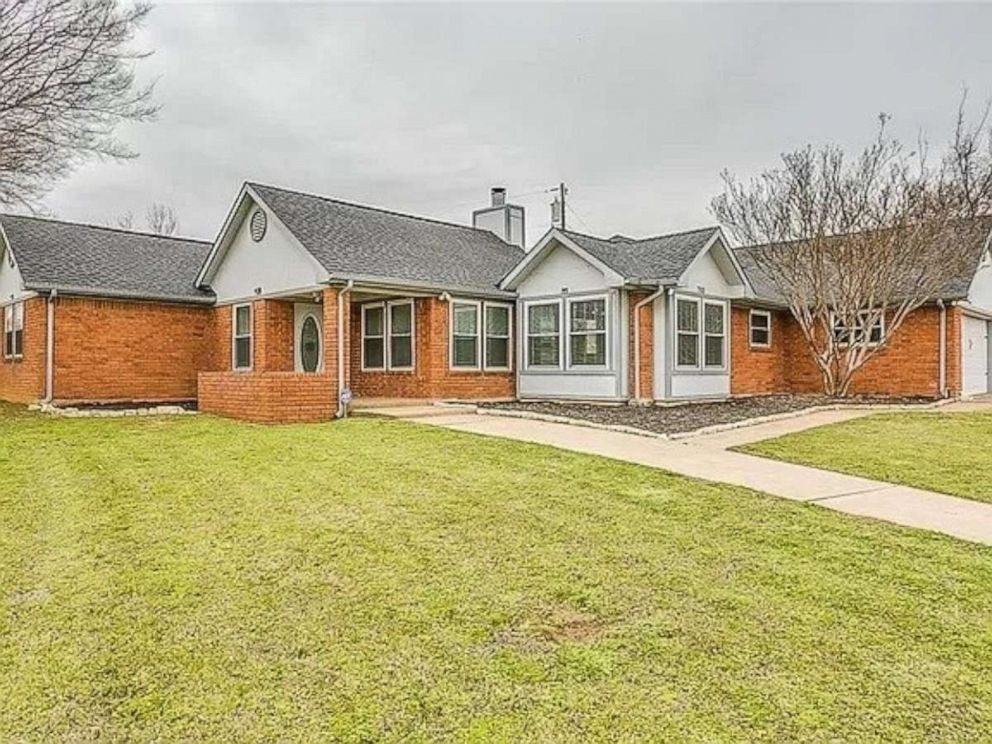 Courtesy Molly Garcia
Before switching to an RV lifestyle, the Garcias lived in a three-bedroom, two-bathroom house in Texas.

"When we first started, we stayed at an RV park for the entire month and it was $650 per month and then we paid electric and water, which was about $130, so we were close to $800 and then we would pay for our RV payment and then we didn't have a truck payment then," Molly Garcia explained. Along with food, she estimated that they cut their living costs down to about $1,000 per month.

They now cook many of their meals and have taken the time to figure out what they like to do and what possessions they don't need. They've also downsized and, over the years, customized each of their RVs to their liking.

"You can buy a $5,000 RV or you can buy a $500,000 RV, it's all dependent on the person," Jaren Garcia said. "It's just like owning a home but you got to know, you could sell your home for a good amount and then buy your RV cash and then know, OK, my home is paid for. I'm good. So it's all dependent on the person, but I wouldn't necessarily say it's cheaper because now your fuel costs have gone up, which will be a little more expensive." 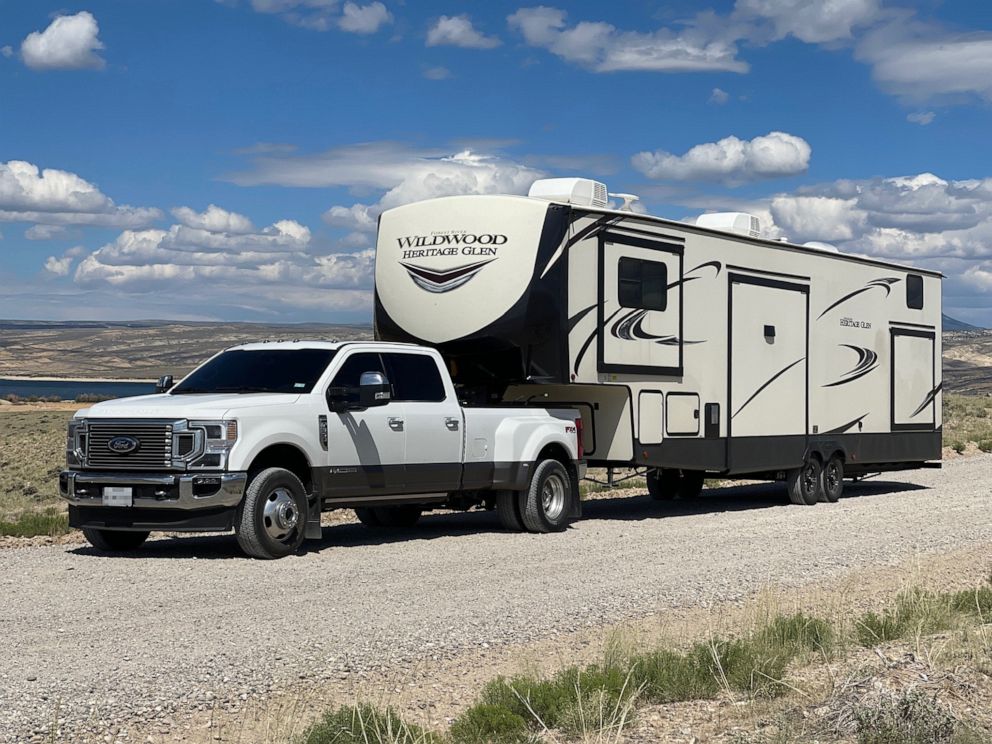 Courtesy Molly Garcia
After living in the Coachman Chaparral RV for a year, the Garcias moved into a Wildwood Heritage Glen 378FL RV.

Today, the Garcias prioritize experiences and field trips to national parks, museums, zoos and libraries now that they're not tied to one location all the time. Two of their favorite destinations so far include Utah and Montana's national parks. 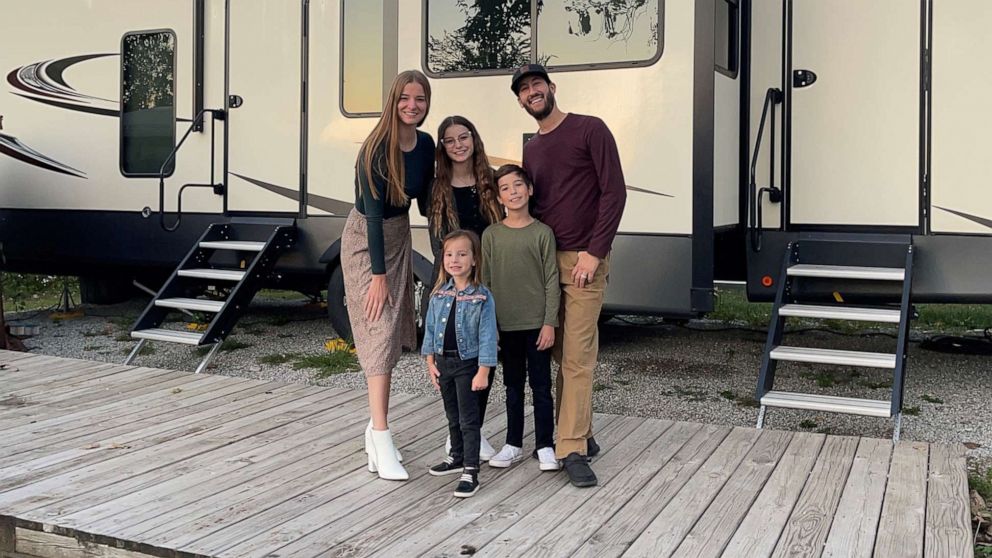 Courtesy Molly Garcia
The Garcias live full-time in a motorhome now and have traveled to 25 states already.

When it comes to keeping costs reasonable, Molly Garcia said there are several ways to stay on budget. "A lot of people can make it cheaper. You can boondock, you can still get a membership at Thousand Trails [which offers campgrounds and RV parks for members] and stay for two weeks or more for free because you've spent a certain amount a year. You can stay with a friend or family, so there are ways you can move around to figure out how to save money," she said.

"We don't want to scare people away from this lifestyle because you could spend a lot of money, like way more than if you lived in a house," she continued. "But the outcome of everything is you're getting a lot more experiences and being able to travel and be on your own time."

"We just want people to know that you can do it if you put your mind to it, like the biggest roadblock that you're gonna hit is the one that you make, so you can overcome it," Jaren Garcia added.