By Marquis Hughes
Video by Zoe Moore
Share —
Sign up for our newsletters to get GMA delivered to your inbox every morning!

When an entire class of first-graders failed to show up at a seventh birthday party celebrating one of their classmates, the child's mom turned to Facebook.

A week before, Colten Raymer, a rising second-grader from Keystone Heights, Florida, had distributed hand-made invitations to his entire class to attend a "Fortnite"-themed party at a local park with a beach-front view.

On the day of the party, Colten, wearing a personalized Fortnite t-shirt his mom had made him for the occasion, sat with a picnic and waited for his classmates to arrive.

"I felt sad when none of my friends showed up," Colten told "Good Morning America." 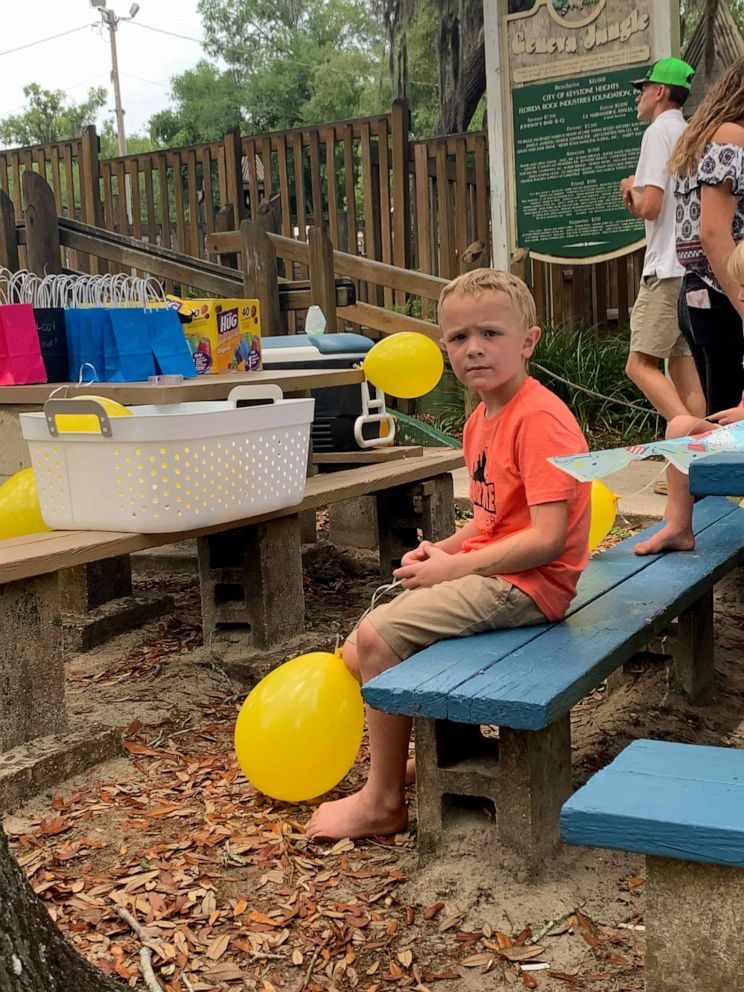 As Colten began to tear up, his mom, Meagan Raymer, knew she needed to take action right away.

"Sitting at the picnic table, Colten was looking at me and the entrance of the park, repeatedly asking me when his friends were going to show up," Meagan told "GMA." It was really heartbreaking because this was his first party with his school friends -- he was really excited about it and not sure why they did not show."

(MORE: We love every single thing about this stepdad receiving this sentimental gift)

Meagan decided to send a message to the Keystone Heights Word of Mouth Facebook group, which has nearly 8,900 members, to invite the community to his party. Within 15 minutes, some of the first guests to arrive were firefighters from Clay County Fire Department -- Station 11.

"They came with lights flashing and rang the siren," Meagan said.

Shortly after the firefighters, more than 50 Keystone Heights residents joined in and some even brought Colten some gifts.

"I was overwhelmed and did not think people were going to show up," Meagan said. 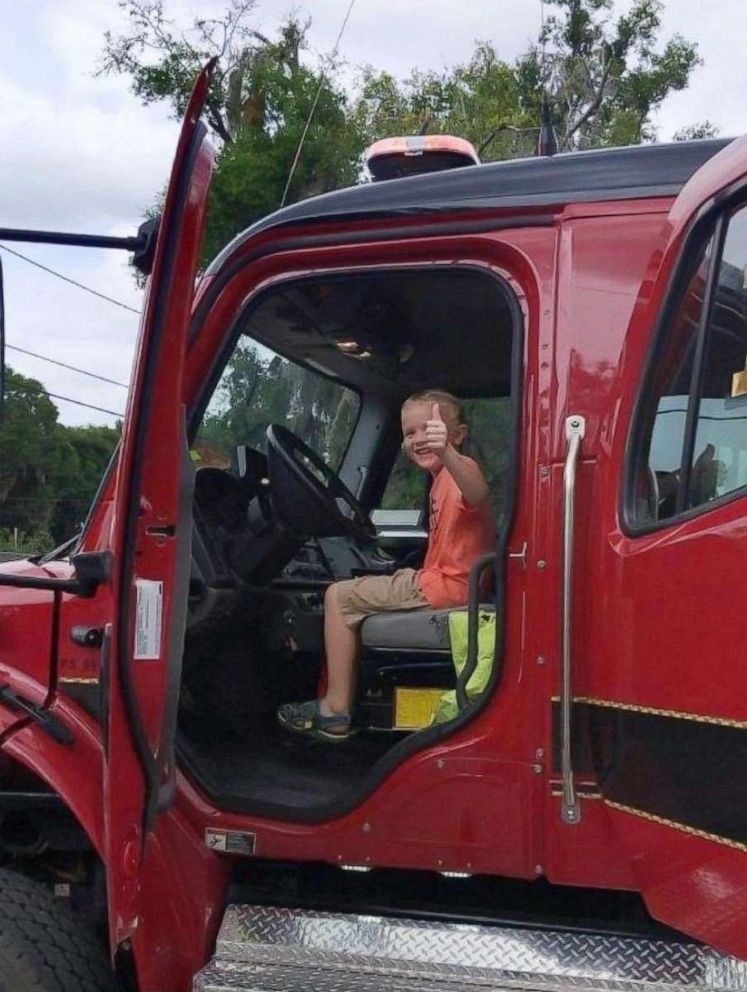 Meagan Raymer
Colten Raymer sits inside of a fire truck after his birthday party at Keystone Beach Park in Keystone Heights, Florida.

The guests did not stop there, as two cars from the Clay County Sheriff's Office stopped by as well.

"I was really happy when people started showing and did not know a lot of people were going to come," Colten told "GMA." 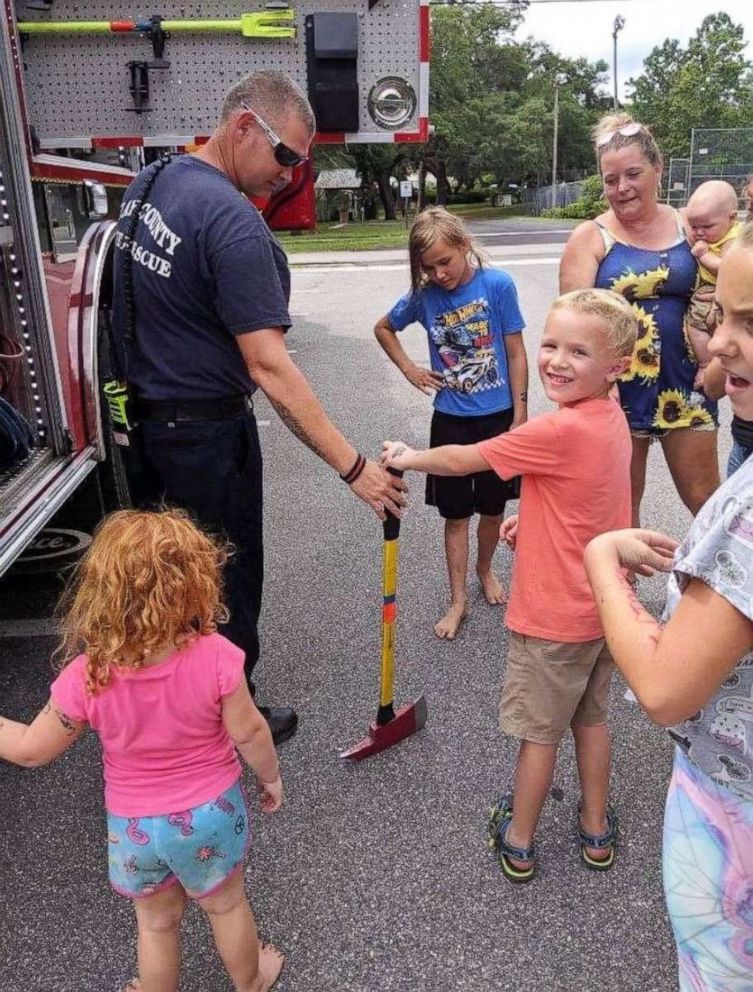 Meagan Raymer
Colten Raymer and his new friends are shown having fun with the firefighters and fire truck.

(MORE: Yoga for kids as simple as the ABCs)

"My hope, from this experience, is that Colten sees and knows kindness," Clay County Fire Department Chief Jason Boree said of the event. "[And] that the fire department is always there to help."

"We are a very small close town and everyone who attended wanted to support a fellow community member that was in need," Meagan said. 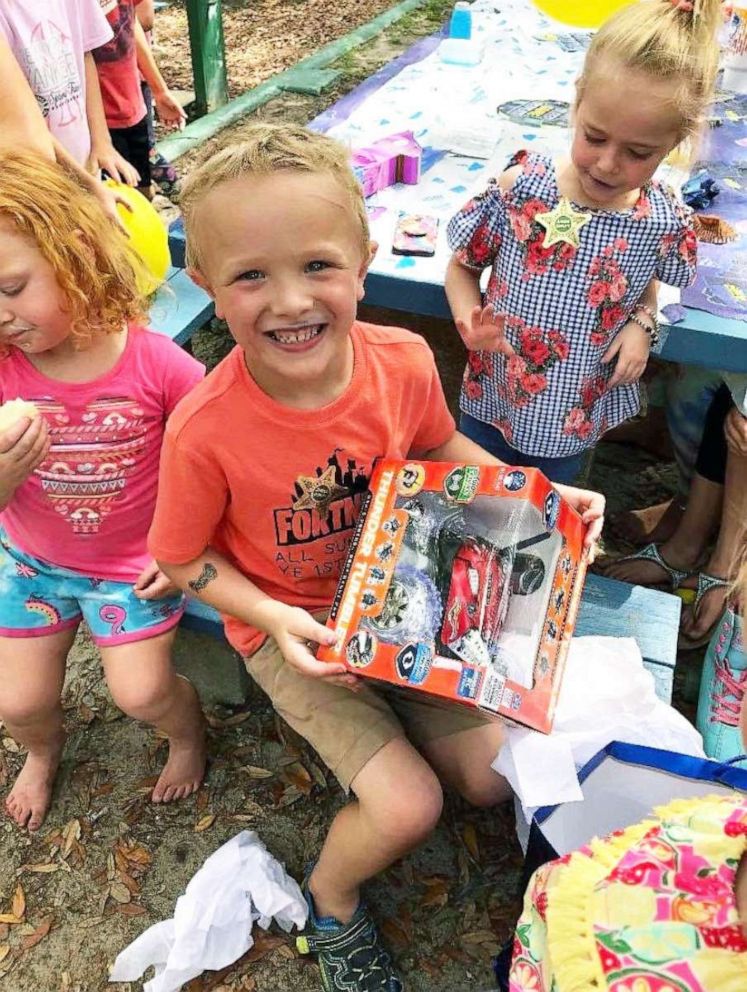 Meagan Raymer
Colten is shown opening some of his presents in the park.

When it was time for cake, everyone at the park sang happy birthday to Colten, even though they didn’t know him. There were also chips, popsicles and chocolate cupcakes, Colten’s favorite.

"This was my best birthday so far," Colten said.