Briana Williams, an attorney living in Los Angeles, is sharing her story of perseverance as a single mother who achieved her dream of graduating from Harvard Law School.

Despite many hurdles, Briana, now 25, succeeded, all while raising her 18-month-old daughter Evelyn.

Read on for Williams, in her own words. 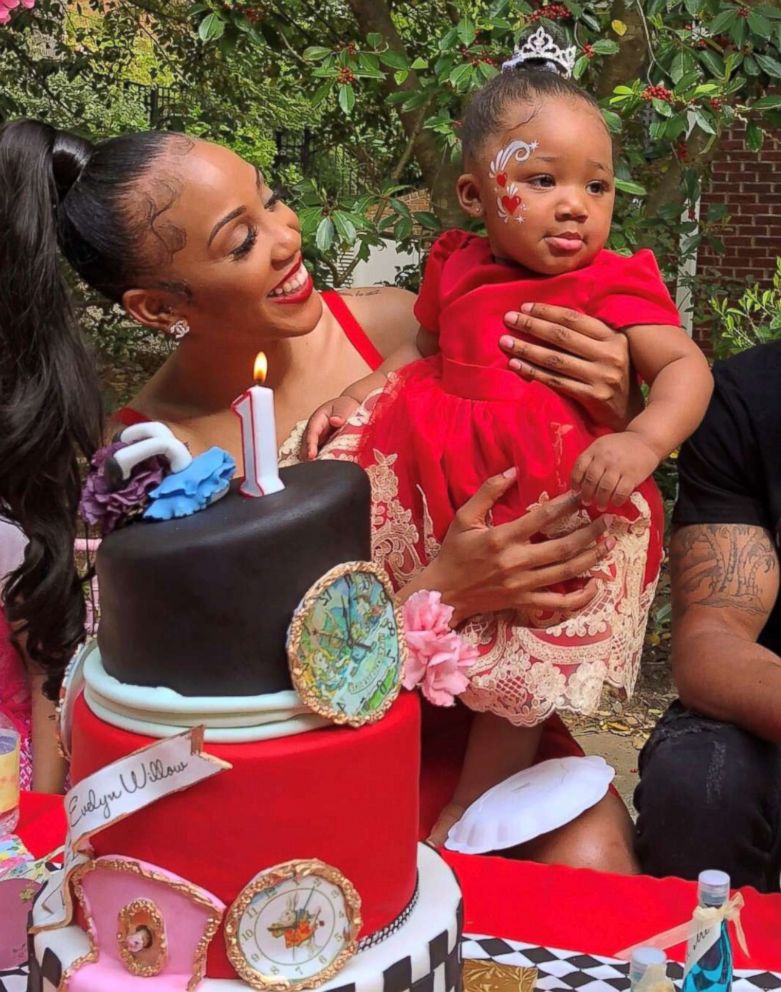 I cannot isolate just one time that I danced with the thought of giving up on my dream of becoming an attorney. At 23, it was my second year at Harvard Law where I found myself pregnant and alone.

To clarify, this was not a decision that I would have ever made intentionally. Because law school is a graduate program, it is not atypical to start or have a family before or during. In fact, there were many families and family support groups on my campus so I did not feel as though it was abnormal to be starting a family with a man I loved who in the beginning, was on board and supportive.

I was happy because I was starting a family with this man, who I had known since I was 14, and who I thought could never do wrong to me. Unfortunately, things did not turn out the way that I had hoped.

I wanted him to be a part of what I felt was the most important journey of my life. At first I contacted him with ultrasound photos, major milestones like the baby’'s gender, and would write to him as though I was writing in my journal -- giving him tidbits on how I was feeling or what I thought the baby's name should be. I kept him informed about doctor's appointments, parenting classes, and even invited him to the baby shower.

I had watched some of my friends, who were married and had (what seemed to be) happy two-parent households and fantasized about the day that my daughter’s father would come around. I thought it would happen.

But as time progressed, as did the development of the baby, he never came around.

To say this was 'a challenge' was an understatement

My school work, job application process and as my pregnancy became more demanding, the thought of giving up seemed to be the only dance that I could lead. I was already an anomaly.

I was a first-generation college student, let alone law student at Harvard Law.

I was a first-generation college student, let alone law student at Harvard Law. I was younger than most in my class and I came from a marginalized background unlike most of my peers.

Now, I was unmarried and unstable (both financially and emotionally) walking around campus, trying not to buckle under the weight of my bulging midsection and the shameful gazes of my classmates.

Omg! Found video footage from my having to take my final exam in labor! pic.twitter.com/XGM4Gh4iuQ

The thought of giving up was in my head once again after realizing that I would have to start my summer internship only 4 weeks after my baby was born. The idea had suffocated me when I was alone in the hospital room while in labor.

I asked for an epidural so I could hurry and finish an exam before the baby came. I do not know what made me feel most empty -- the fact that I had no one by my side to celebrate my daughter's arrival, or that I was already confronted with the tension of balancing two of my most important identities: mother and attorney.

When I finally took my daughter home, and was up all night breastfeeding with one arm and typing papers with the other, (deadlines do not accommodate a 1-week-old's sleeping patterns), I not only danced with the thought of surrendering my dreams, I started humming the excuses that I would tell my family and friends aloud.

Flirting with my parents’ reaction to my leaving law school when I was so close to the finish line made me reflect on my childhood.

At one point, we were homeless and I could not get into school because I had no "proof of address."

My parents did the best that they could, but at one point, we were homeless and I could not get into school because I had no "proof of address." 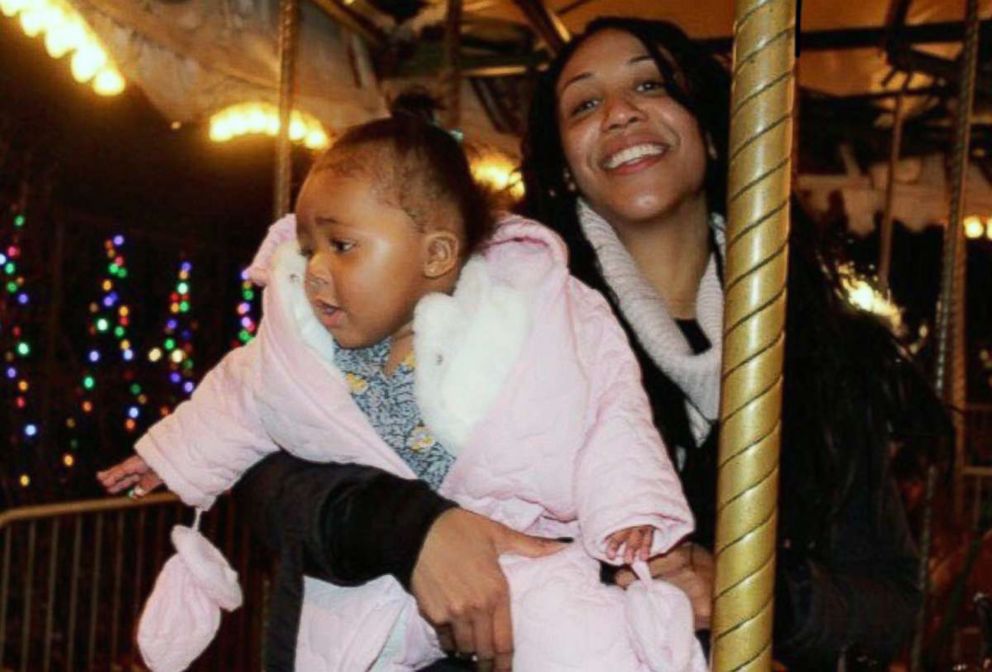 Courtesy Briana Williams
Briana Williams, an attorney living in Los Angeles, is sharing her story of perseverance as a single mother.

For nearly two months I sat in anger about how a mere technicality in the system could prevent me, someone who had an avid love for knowledge and learning, from accomplishing her dreams. I eventually stormed into the front office of my high school and gave them a choice--either they would let me enroll, or be complicit in my turning myself in as a truant.

I needed to go to school.

Looking back, I think my measuring my past and how far I had come was a tipping point for me. I realized that I was that same girl. I appreciated that little girl. To overcome her situation, she had to give an ultimatum. This time, I needed to present myself an ultimatum.

If I were to give myself the opportunity to succeed, I could not give up. I had to choose to succeed.

I never gave up

It took years before I convinced myself that I was worthy of being at Harvard. I felt like I was just another minority child with a dream, and somehow God had singled me out to sprinkle magic in my shoe laces -- so I took off running and never looked back, but was always on the verge of tripping. 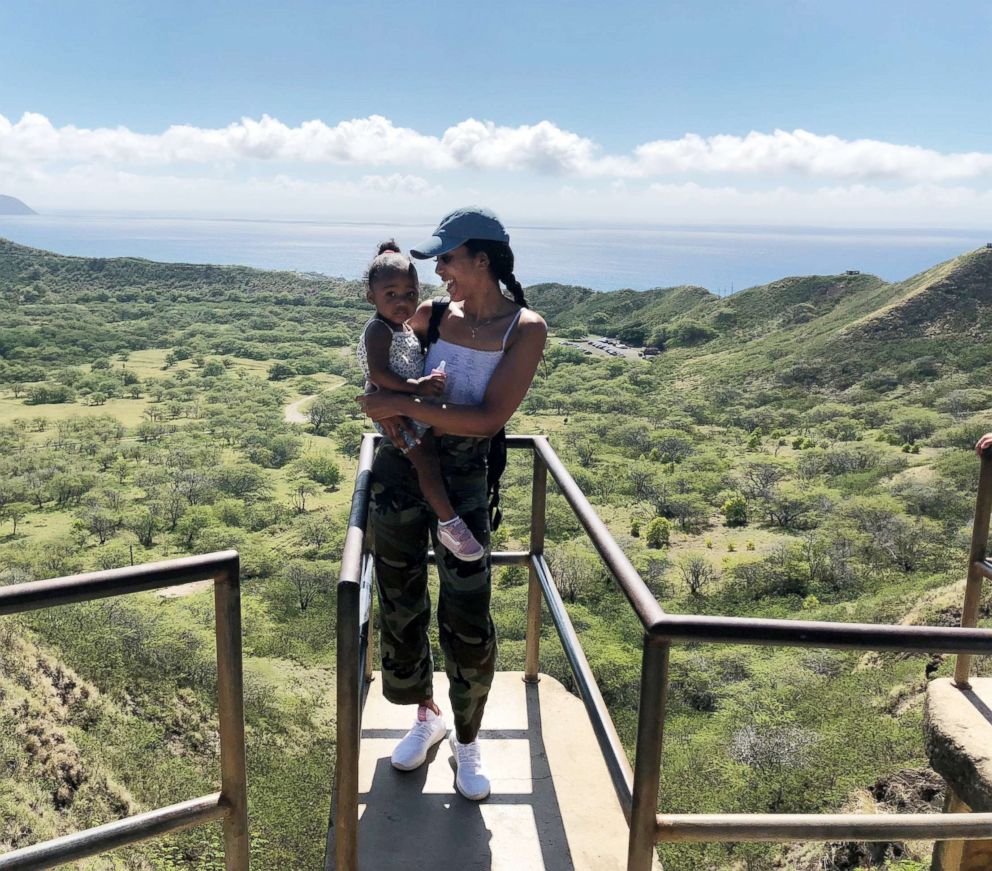 Courtesy Briana Williams
Briana Williams, an attorney living in Los Angeles, California, is sharing her story of perseverance as a single mother.

I got to the point where I was so mentally and physically exhausted. I would just break down crying. I have my baby in one arm while she's breastfeeding, I'm trying to type a paper with the other hand and she's waking up every two hours. Sometimes I'd be at work literally laying my head down trying to go to sleep. Because I have no help with childcare, I am bringing her to meetings, bringing her to class.

I have my baby in one arm while she's breastfeeding, I'm trying to type a paper with the other hand.

Sometimes you will FAIL. You will doubt. You will fall. You will get rejected. Things will not work out the way that you plan. I remember receiving this letter like it was yesterday. I was sure I would get into Pepperdine. It was my dream school- right on the coast of Malibu. I hung the brochures on my wall and talked about it with my friends and family like I’d already been accepted. I was sick. But instead of being angry- I made it a goal to never be rejected from another school again. I did not understand how to successfully navigate an admissions cycle. I did not even study for my ACT/ SAT before I took them. My numbers were subpar. I did not have academic references (literally my recommender was my pastor lol.), I hadn’t joined clubs or social groups that would attest to my well-roundedness, I had not put in the work to distinguish myself academically or with the extra-curriculars. My mom had six kids. We lived in a small apartment in Bailey Creek, where I shared a room with three other siblings, and I was to be/ am the only one who would graduate from college. I knew I wanted to be successful- I just did not know where to start. I started with the decision to teach myself. I ended up going to St. John’s University on an academic scholarship. I decided that I would go to law school and that I would master the admissions process. I led organizations, developed close relationships with professors who would be potential recommenders, worked for the bar association, the congress, and the city council (while supporting myself as a full-time waitress), and read every book and blog that I could on law school admissions. I studied it like it was a language. Unlike my ACT/SAT experience, I studied for at least 12 hours a day for my LSAT (Law School Admissions Test). My numbers were in the top 1% of the world. I got into EVERY, single school that I applied for (these are only a few). WITH scholarships. Turns out Pepperdine may have liked me after all ;) If you want change- make the decision to do something differently and then do it. Give it everything you’ve got, because no one else is going to give you the keys to the gate. TAKE them.

I cannot count how many times a day I tell myself, "keep going." Breathing in all the trauma, the pain, what I felt were injustices done to me, if I stopped to covet the "traditional" family structure that seemed to be abundant in the beautiful town of Cambridge, Massachusetts, if I let my self-doubts and my pain overcome my mentality of "I can do this" and "I have to do this for my daughter," I would have fallen.

My greatest piece of advice

To those whose pain is the songbird, perched at the edge of their windows, growing louder and more appealing as an outlet every morning for them to give up, keep going.

Do not choose your circumstances
Choose yourself.

Do what you must
To fight for your dreams.

Be creative with your schedule
If your child has a doctor's appointment, bring your work to the waiting room.

As a parent, patience is key
Get things done, but be present and make sure your child doesn't feel like they're getting in the way.

Build to-do lists the night before
Something so simple -- do it both for work and parenthood.

Choose success
If you keep looking forward and stop asking, but start taking what you want, you will always win.