A U.S. Army National Guard officer pulled off the best surprise last month when he returned home early from deployment and surprised his pregnant wife while she was in the hospital ahead of their baby’s arrival.

“There were times that I didn't think I was gonna make it,” Harold Rahming told “Good Morning America.” The captain, who is also a doctor, had been stationed in Iraq for three months and started making phone calls to see what was possible. “I figured I probably could make September 22, that was kind of the plan, to be in the hospital by the time the baby was discharged.” 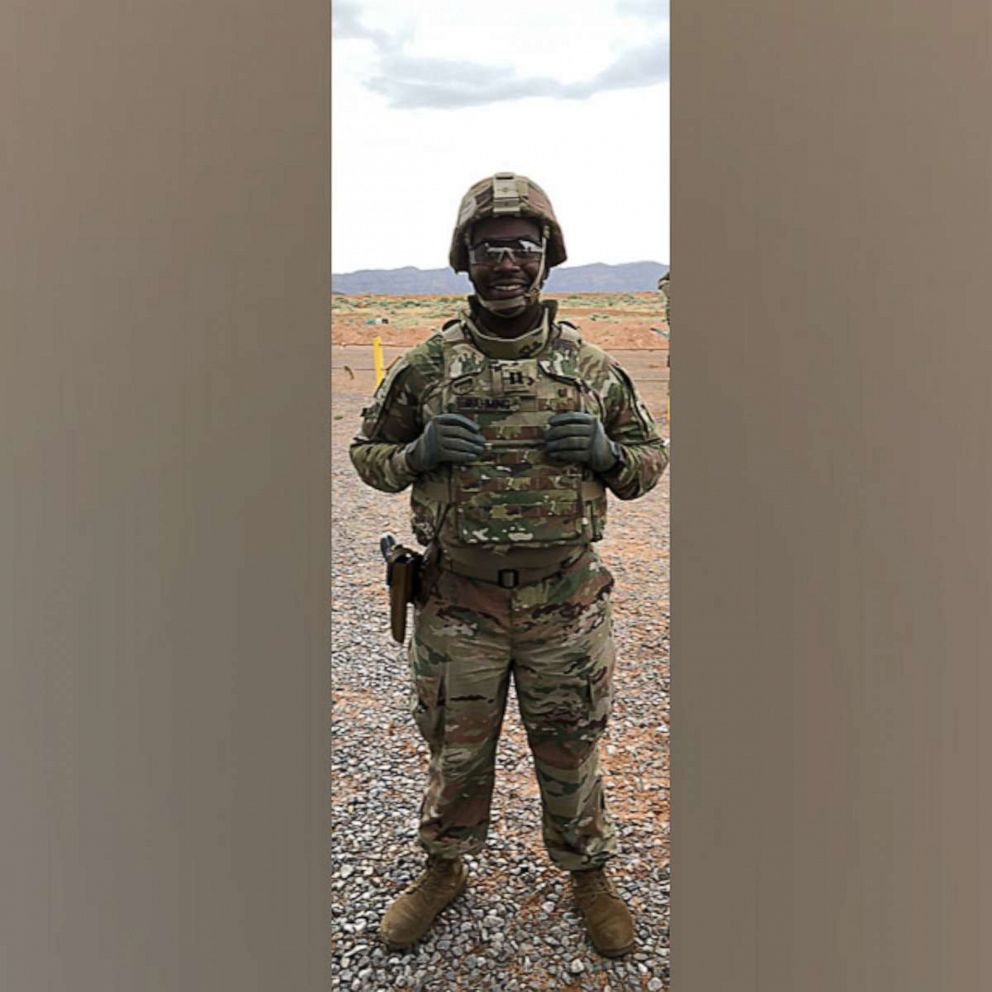 But a few days before her due date, Cara Rahming said she noticed her baby’s movement “was changing” and raised concerns to her doctor, who later recommended that she go to the hospital for additional monitoring. Rahming was then admitted to Advocate Christ Medical Center in Oak Lawn, Illinois.

At the hospital, Cara Rahming was unsure what would unfold. She said she had gone to Advocate Christ with a neighbor and was trying to tell them to return home, but the neighbor insisted on staying until Rahming was settled and could get some rest.

While his wife took a restroom break, Harold Rahming saw his chance.

“I rallied up the nurses and everybody was on board to surprise her and we just waited till she came out,” Harold Rahming recalled.

When Cara Rahming opened the bathroom door, she was confused.

“I saw multiple nurses with their phones out. And I was like, ‘Wait, why are they recording me coming out of the restroom?’” Cara Rahming said.

“Then I see him to the left in his full military uniform. And there's like no words to express that,” the new mom said. “Because I didn't know he was coming home. I just knew I was in the hospital, I was being induced and there was a baby coming soon. And there was a lot of emotions to process, but I know the definite emotion I felt once I saw him was joy.” 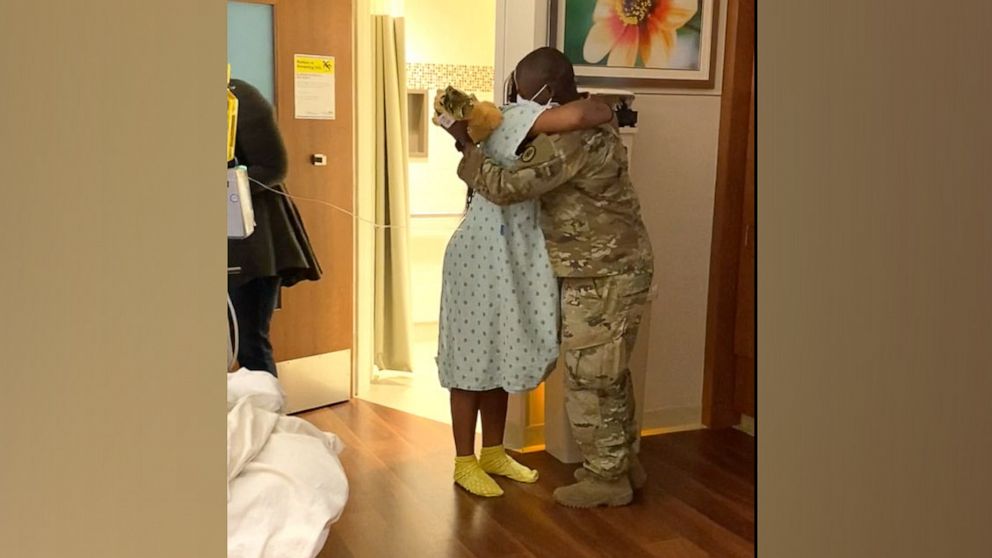 Advocate Aurora Health
Harold Rahming returned home early from deployment to surprise his wife, Cara Rahming, before she gave birth to their child. 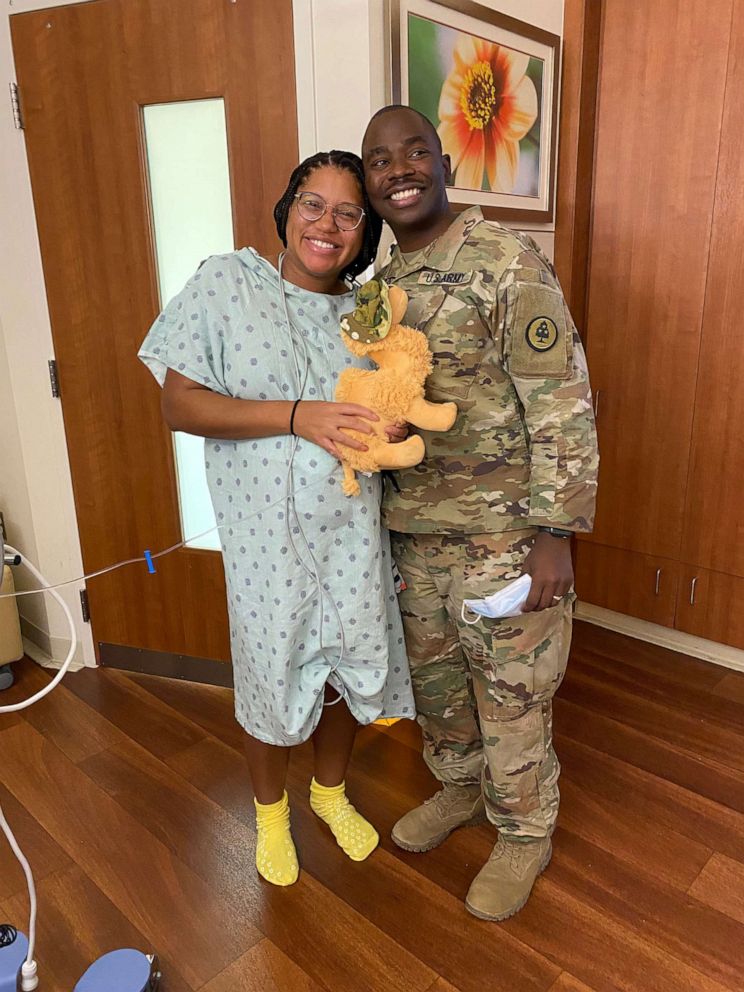 Harold Rahming said the surprise turned out “great” and their reunion after three months was extra special. “I just had to keep the faith and everything worked out,” he said.

The new parents say their two-week-old is doing well and “really, really healthy,” despite their birth plan not going as planned.

“I'm extremely proud of her,” Harold Rahming said of his wife. “She's very resilient and very courageous. She took seconds to say, ‘You know what, this is what we have to do to ensure my safety and the baby's safety.’”

Now, the Rahmings say they’re excited for their new chapter ahead with baby Harold. 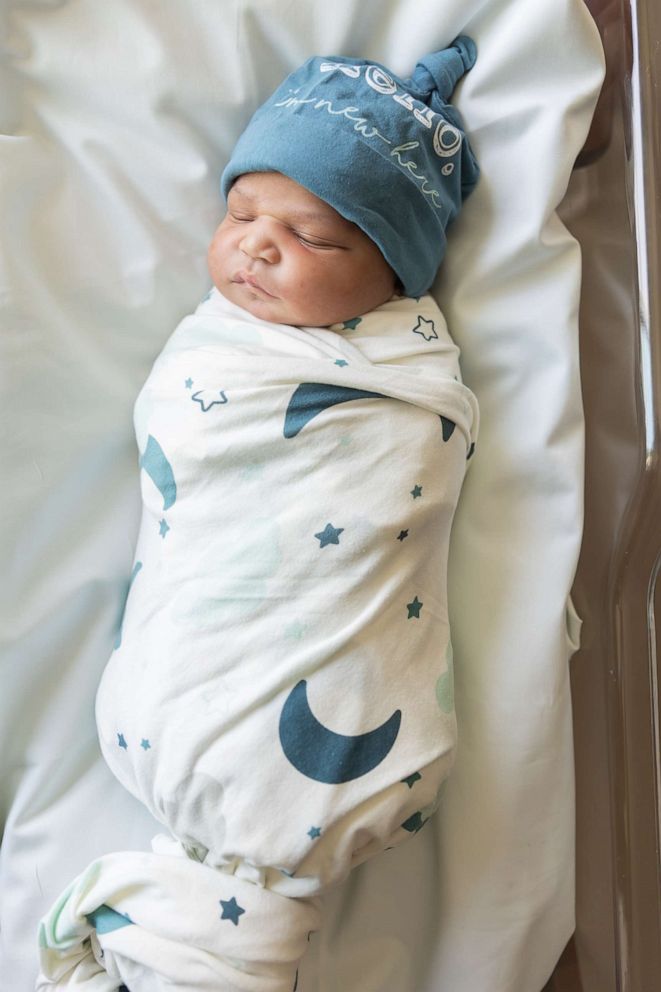 “He has a really, really sweet spirit. You can see like, just the softness in his spirit and the gentleness,” Cara Rahming said. “You'll see him smiling and wanting to play with you.”