A little girl from Ashland, Massachusetts has brightened up her school in the pinkest possible way.

It's not just little Ellie Atherton's "sunny personality" as her mom Lindsay Atherton, described the seven-year-old to "Good Morning America," that's colored the small town. It's the pink wigs worn in her honor to bring awareness to alopecia areata, a condition Ellie has.

Wednesday was the second time the annual event was held. Ellie's mom said the hallways at Ellie's school were " a sea of pink." 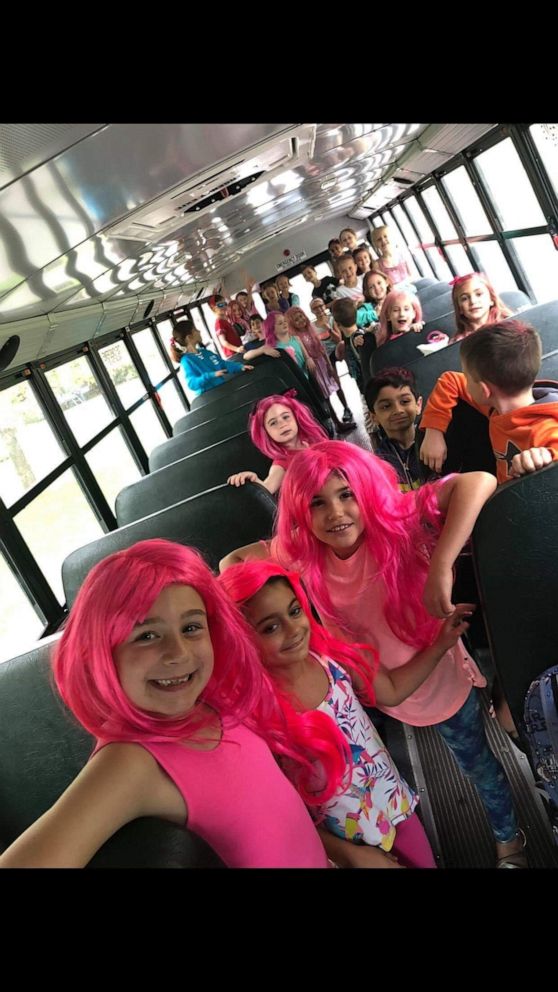 The night before Ellie's first day of first grade her mom noticed a bald patch about the size of a quarter. Her pediatrician diagnosed it as alopecia areata. Sometimes the condition resolves itself on its own, Atherton said, but Ellie's didn't. 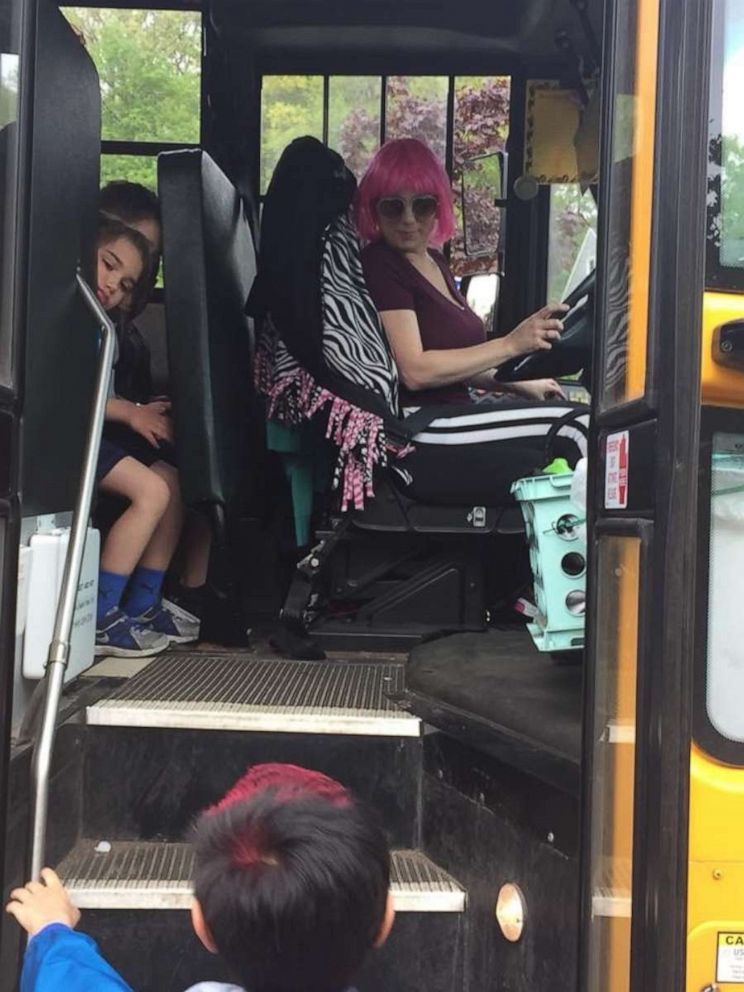 She saw a dermatologist, who prescribed a topical treatment. Though there was some hair regrowth, the treatment made Ellie anxious. She was also anxious, her mom said, about the hair that was still falling out.

"She'd wake up in the morning and her pillow would be covered in hair," she said. "Or the drain in the shower would have a lot of hair in it." 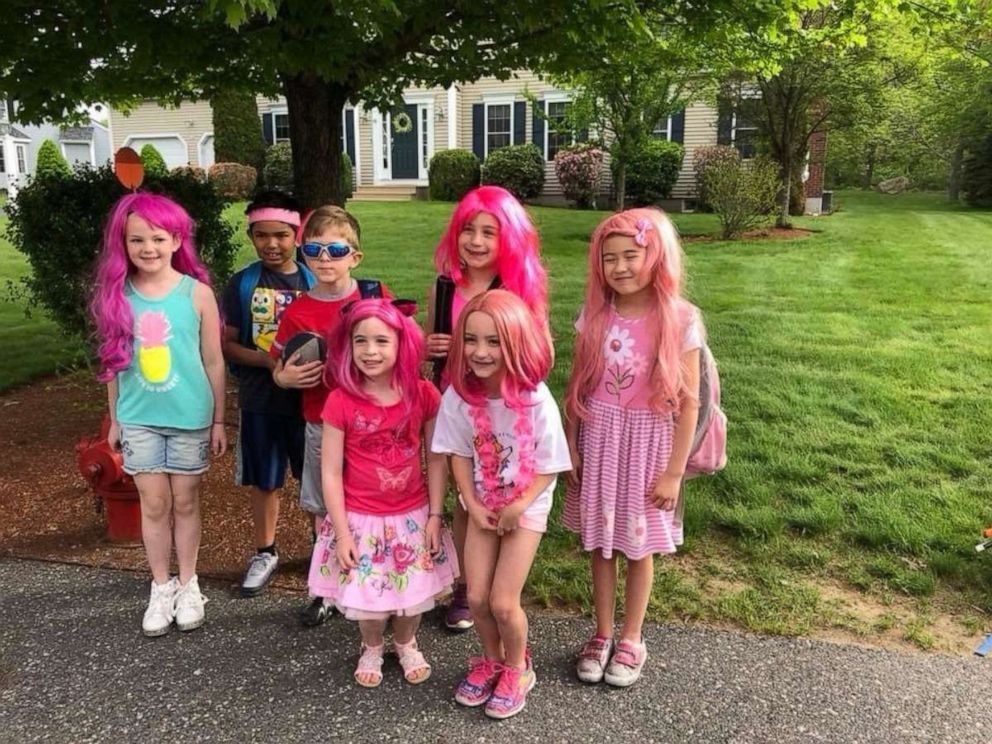 So at the age of six-and-a-half, Ellie made the decision to shave her head. And immediately, her mom said, the little girl felt much better.

"I was in awe of her," Atherton told "GMA." "It's obviously not life-threatening but it is life-changing. When she decided what she wanted to do I was so proud of her. After she shaved her head she said 'this is awesome."'

Just prior to shaving her head, a friend of Ellie's had given her a pink wig, her mom said.

"She thought it was the greatest thing in the world," she continued. "I posted the photo and one of her kindergarten teachers saw it. She said 'if Ellie's wearing a pink wig we all should.'"

And so the idea of pink wig day was born.

Ellie's mom hopes the pink wigs will help people understand alopecia areata a little better. Often, people assume Ellie has cancer, her mom said. "I want them to know there are other reasons a child might be bald." She suggested CAP Kids and the National Alopecia Areata Foundation as places where people can learn more.

Atherton said the people of Ashland are "exceptionally good" at being there for one another.

"It is so awesome to see that level of support," she said.