Gift planning, gift buying, gift wrapping -- it sure can take the joy out of what's supposed to be a joy-filled season.

"I just see everyone around me so stressed out and scrambling," Stacey Kobeszko told "Good Morning America."

The 30-year-old mom of two's gifts are already purchased and wrapped. "Just thinking about the people who are wrapping presents on Christmas Eve gives me anxiety," she said.

And while she's admittedly a planner in all aspects of her life, when it comes to Christmas, she's not alone.

The number of millennial moms who have started their shopping by early November has grown each year since 2016, with 75% having done so this year, according to the National Retail Federation (NRF). That's compared to just 56% of total shoppers.

"The top reason these millennial moms cite for starting early is to spread out their gift shopping budget (75%) and avoid the stress of last minute shopping (53%)," wrote Thomas Jordan, a spokesman with NRF, in an email to "GMA."

Kobeszko has an excel grid to help keep her purchases -- for 25 to 30 people -- organized throughout the year.

"I often see something and think 'that would make a great gift' and I try to figure out who it would work for on my list," she said. She then enters the gift and the amount she spent.

Kobeszko said that shopping throughout the year, rather than waiting until post-Thanksgiving, also lessens the financial burden. "You don't feel it as much if it's spread out," she told "GMA."

Now, with her shopping behind her, Kobeszko said she's "liberated" and can enjoy the season with her husband, toddler and newborn.

Enjoying the Christmas season is paramount for Jayne Pillemer, too. Her husband's family visits for at least a week over Christmas each year and she says there's just no way that between the cooking, cleaning and family time she could find time to shop. Pillemer told "GMA" her 40 gifts have been wrapped since Halloween. 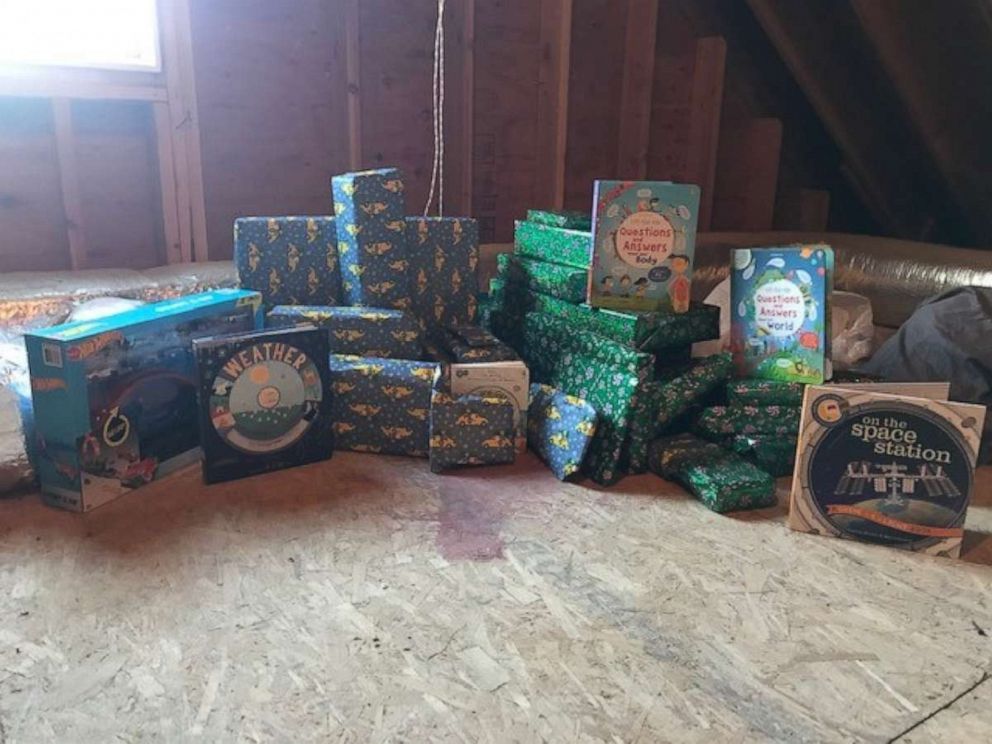 "I start taking inventory around the end of the summer. What craft supplies we are running low on, is the play-do used up, is the bike helmet getting snug" she told "GMA." The mom of two boys, ages 5 and 3, also keeps a running list in her phone all year long of things the boys have mentioned or shown interest in at a friend's house.

"By the time it comes to shop I have five to six ideas for each," Pillemer said. Once the kids went back to school in September, the shopping began. Getting it all done early, she said, "is a gift to myself."

Like Kobeszko, 35-year-old Pillemer said she watches for sales and buys when prices drop. "I ordered cards when I saw a 50 percent off deal on Shutterfly," she said. "That's the same as you get on Black Friday." She also does much of her of shopping at Costco when she's there for groceries anyway. "They put out the gifts in September," she said.

And as for the last-minute requests? She farms those out the family members looking for gift ideas. "My dad just asked what to get the boys because he'll be shopping this weekend," she said.

Kate-Madonna Hindes, 38, of Minneapolis, Minnesota, mom of two said that several bouts of cancer have motivated her to get the shopping done early. She has everything done and a tree up before Halloween. 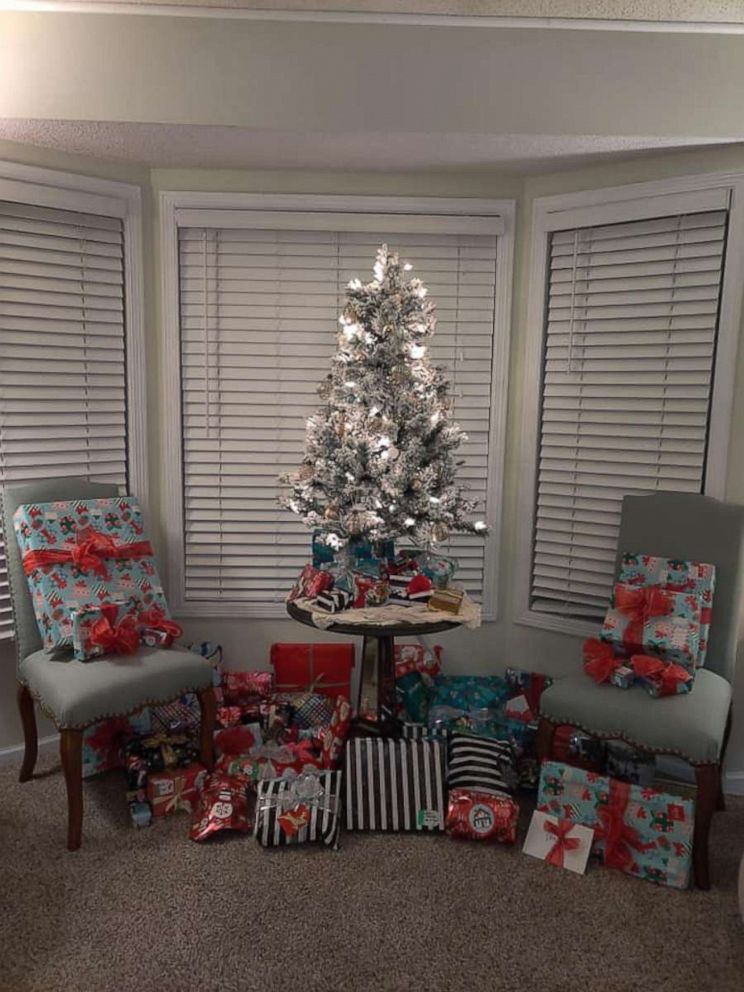 "I can't control cancer but I can control giving thoughtful, meaningful gifts," she said. Hindes buys all year long and wraps the gifts immediately as not to be tempted to give them away in advance of the holiday. She recommends using packing tape, not scotch tape, for presents that will be stored for several months and putting a post-it note with the name of the person the item is intended for and the gift inside.

"Chasing the hustle," she said of waiting until the last minute to buy gifts "destroys the joy of Christmas." Joy, as well as peace, Hindes told "GMA" is something that cancer can steal from a person but she continually seeks.

The single mom said that having her own family and friend's presents squared away early allows her the time and the mind space to focus on giving back to her community. This year Hindes' family will adopt five others in an effort to support those going through hard times around the holiday season.