More than 2 million infant rockers and swings have been recalled due to entanglement and strangulation hazards, leading to at least one death.

When the swing or rocker is not in use their restraint straps can dangle below the seat and non-occupant crawling infants can become entangled in the straps, posing a strangulation hazard, according to the CPSC. 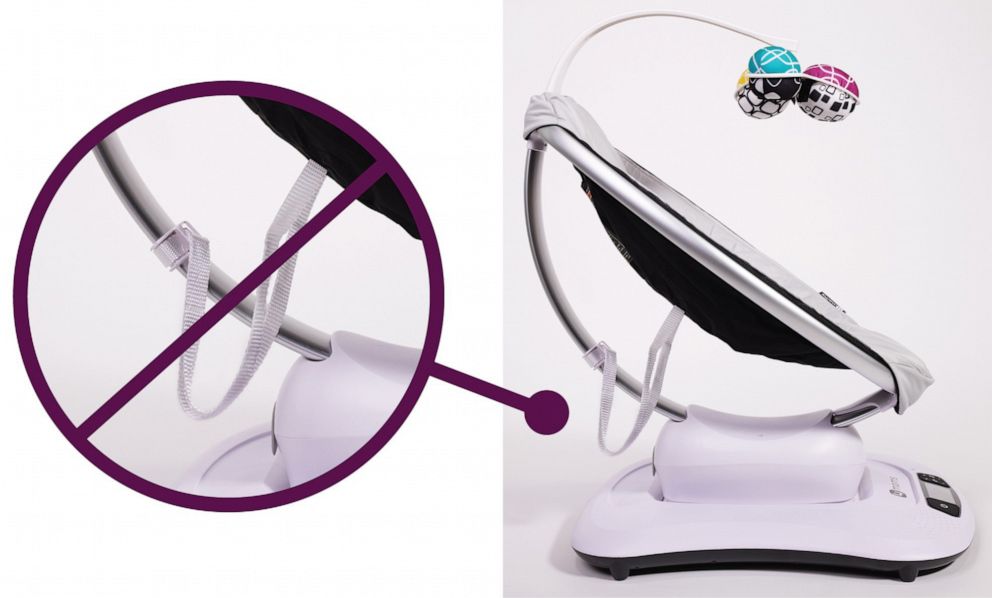 U.S. Consumer Product Safety Commission
There has been a recall of 4moms MamaRoo Baby Swing, versions 1.0 through 4.0 and RockaRoo Baby Rockers.

4moms has received two reports of entanglement incidents involving infants who became caught in the strap under the unoccupied MamaRoo infant swing after they crawled under the seat. This includes a 10-month-old infant who died from asphyxiation, and a 10-month-old infant who suffered bruising to his neck before being rescued by a caregiver, according to a press release from the CPSC.

No incidents involving the RockaRoo have been reported, the CPSC said. 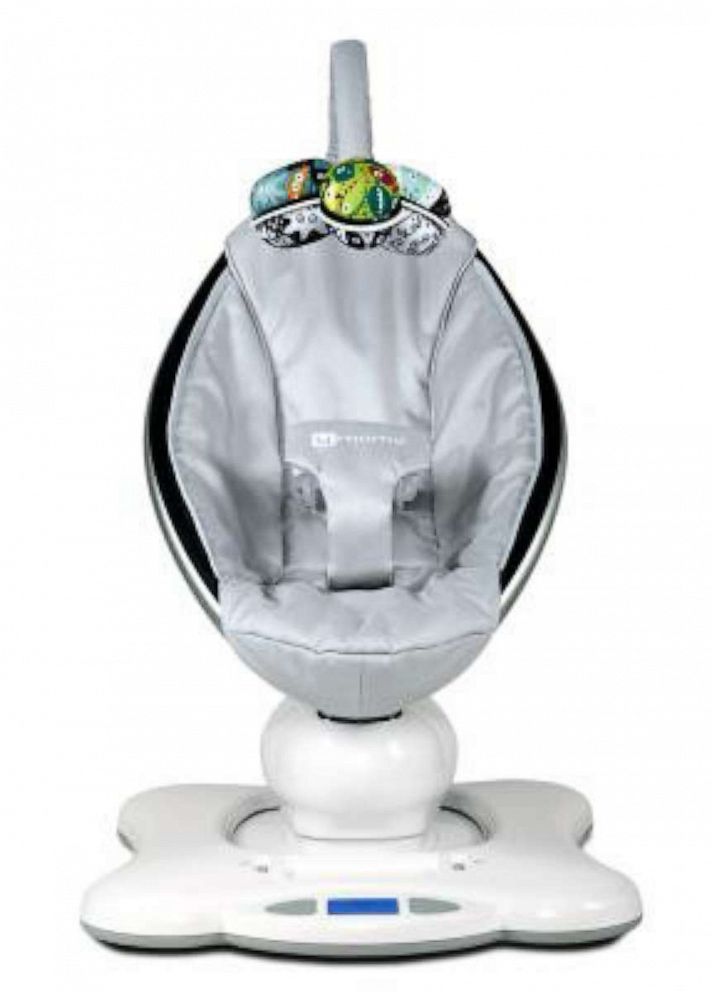 U.S. Consumer Product Safety Commission
There has been a recall of 4moms MamaRoo Baby Swing, versions 1.0 through 4.0 and RockaRoo Baby Rockers.

Gary Waters, the CEO of 4moms, said his company was "deeply saddened" by the two incidents, adding, "Families put their trust in our company when they choose to bring our products into their homes. That’s why we take every precaution and make the extra effort to ensure that our baby gear products not only meet but exceed all applicable safety standards.

Consumers with infants who can crawl are advised to "immediately" stop using the recalled products and place them in an area where the infants cannot access them.

The CPSC said consumers should contact 4moms immediately to register for a free strap fastener that will prevent the straps from extending under the swing when not in use.