When Richard Hutchinson was born, he was small enough to fit in the palm of a hand.

"I didn't know what it would mean for him," mom Elizabeth Hutchinson said. "If he would be OK, if he would be able to make it. There were a lot of tears and a lot of prayers. We didn't want to give up."

Elizabeth and her husband Rick Hutchinson went to the hospital in June when she unexpectedly went into labor. Born at just 21 weeks and weighing less than a pound, doctors at Children's Minnesota in Minneapolis gave Richard a 0% chance of survival.

He is one of the youngest preterm labor survivors in the world.

"He was so sick," neonatologist Dr. Stacy Kern told "Good Morning America." "He's the youngest baby I have certainly ever cared for. We know he is one of the youngest preterm labor survivors in the world based on what's published in the medical literature."

But survival wasn't going to be easy. Upon delivery, Richard had small air sacs in place of developed lungs. Oxygen wasn't flowing to his brain and he needed IV fluid, a breathing tube as well as blood pressure support to sustain himself. He was immediately rushed to the neonatal intensive care unit at the hospital. 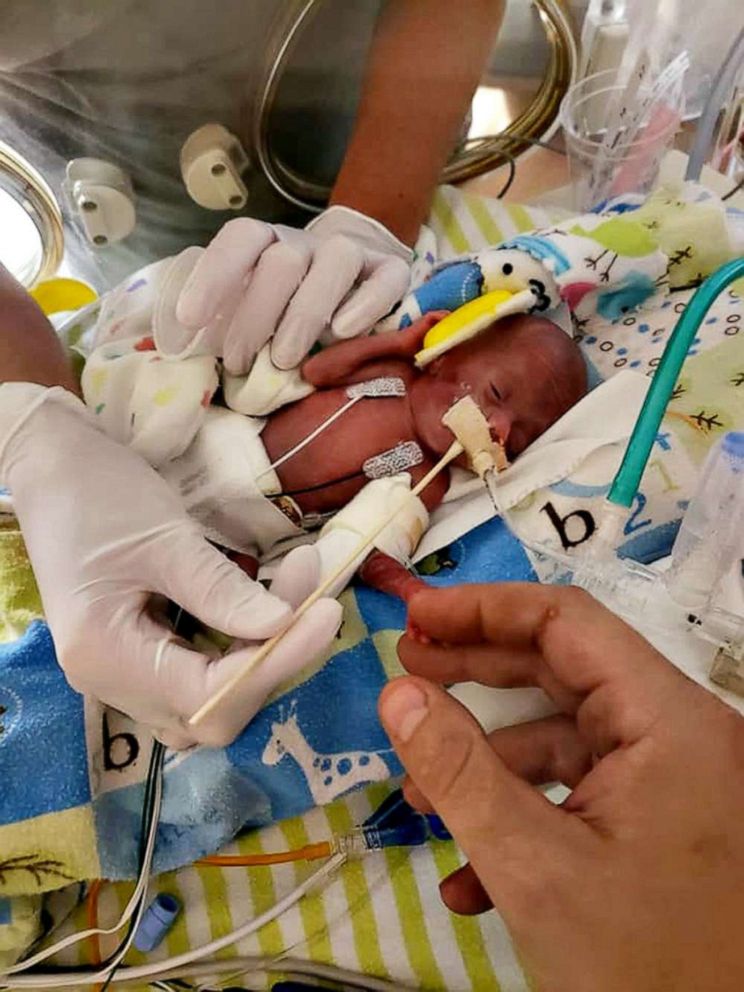 According to the Department of Health and Human Services, babies born before 22 weeks are typically not resuscitated because their bodies are simply too immature to be treated with intensive care. In most cases, the parents will get to hold their baby for a few short moments before the infant passes away. Elizabeth's medical team had to prepare her for the worst.

"It is incredibly rare for a baby as young as Richard to survive," Kern said. "We know many NICUs around the world are not even resuscitating babies born at 22 weeks." 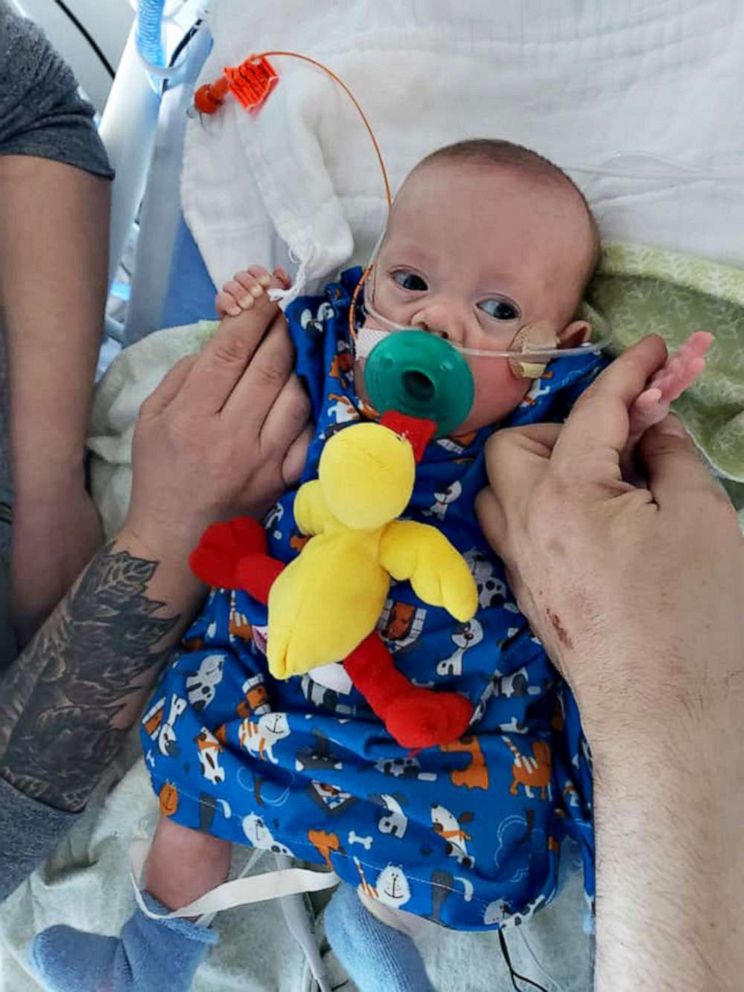 But the new parents were determined to give their child a fighting chance. Elizabeth and Rick asked the medical team to do anything they could for their newborn. Days turned into weeks without much progress. Baby Richard was hooked up to two ventilators to keep him breathing, but his oxygen levels continued to decline. Kern brought Elizabeth to Richard's bedside for what she thought was to say goodbye. That is, until mother and son touched.

"She puts her hand on him and all the sudden his oxygen saturation goes up to the 80s then 90s, and I look at her and go, 'I guess he just needed his mom,'" Kern said. "It was one of the most incredible things I've ever seen. He just continued to surprise us day after day." 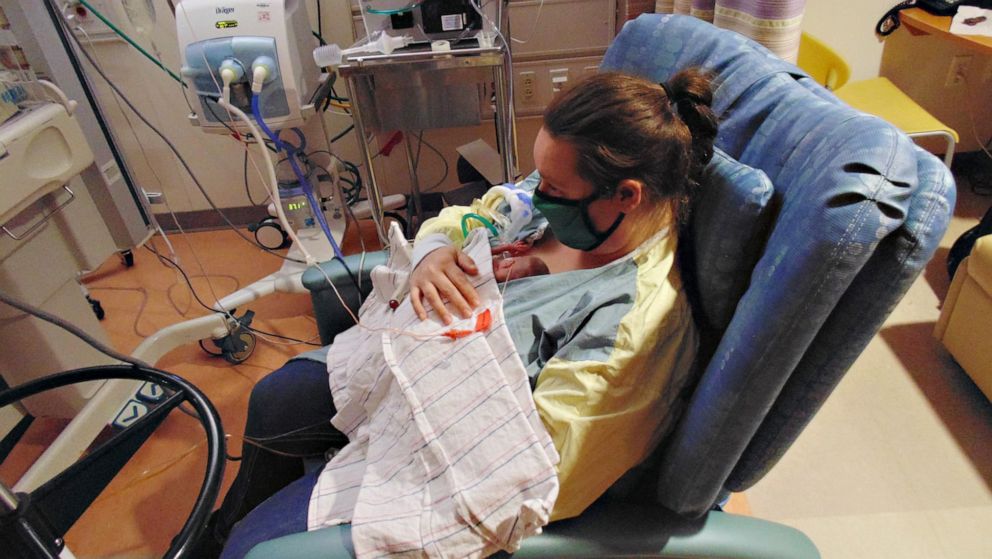 Kern's team continued to make progress. Slowly but surely, Richard's body developed. On day 65, his breathing tube was removed and he was put on positive airway pressure for a month and a half, then high-flow oxygen.

Through it all, Richard's parents came to visit him every day.

"We made sure we were there to give him support," Rick said. "I think that helped him get through this because he knew he could count on us. Still every day we pray for him." 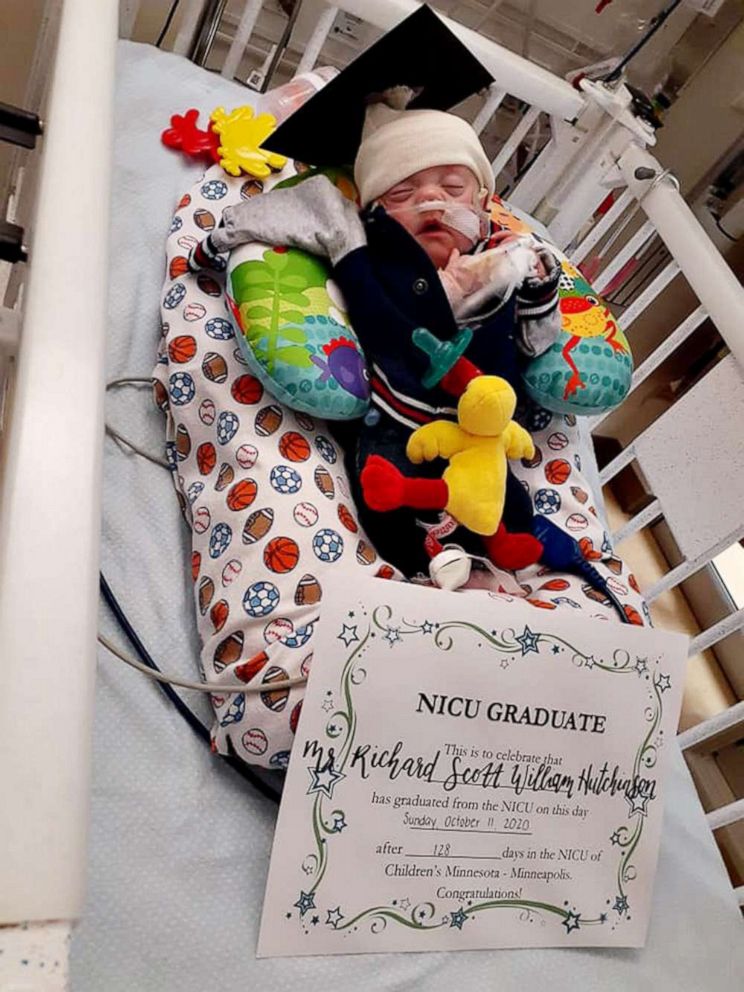 After six long months in the hospital, Richard was finally healthy enough to go home on Dec. 4. It was a moment his parents could hardly believe.

"When we heard that we were both so excited because it's been so long," Elizabeth said. "I'm just thankful because I have a little miracle that didn't have a very good chance of surviving and now he's here." 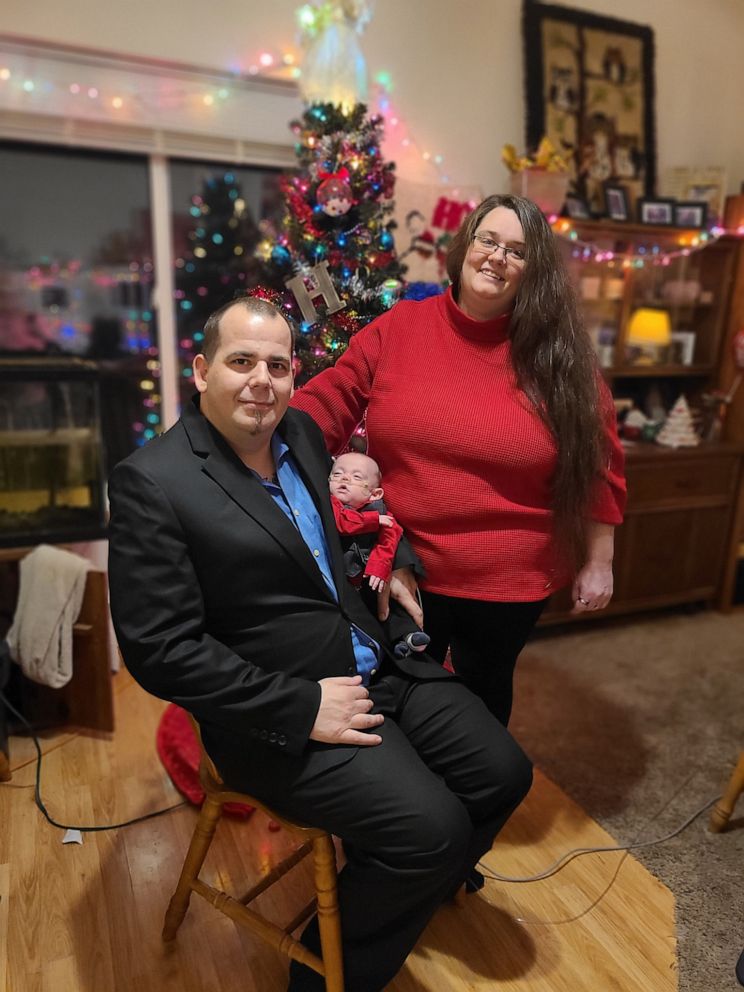 While Kern calls Richard a "miracle baby," she cautious other families from using his miraculous survival as a predictor for other 21-week-old infants.

"To me, he is a miracle," Kern said. "Sometimes I look at him still and I think, how did you make it? How did you survive? I don't necessarily think this would be the outcome for many other babies. But I do think this in an incredible story of such a resilient and strong baby."

Although Richard is home for his first holiday season, he still needs a feeding tube for nourishment and can't eat out of a bottle. It remains unclear if he'll have long-term health limitations. A GoFundMe page has been set up to help raise funds to cover Richard's medical expenses.