Four years ago, Katy Rose Prichard decided to become a mom influencer. She’d seen other influencers on social media and just had her first child.

Prichard started a blog and began posting photos of her growing family on her Instagram page. She soon started working with brands and other small businesses, growing her Instagram following to nearly 100,000 followers.

But two months ago, the mom of four from Oklahoma learned of a sinister social media trend that completely changed her perspective, driving her to take down past photos of her children and revamp her approach to her influencer business. 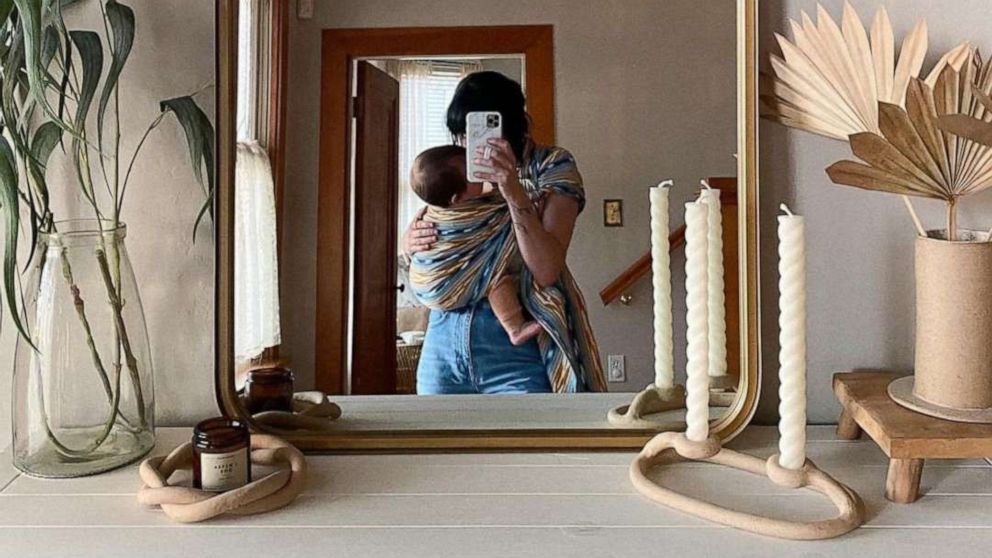 The trend is known as “role playing” and as Prichard explained, it’s the practice of stealing photos of others on social media and creating new, fake accounts with made-up stories and identities.

When her daughter showed her another account that looked like hers and used her photos, Prichard said she was terrified.

"They had given us new identities, new names, an entire storyline, essentially pretending, playing like they were us," the mom of four told “Good Morning America.”

Jo Piazza, an author and podcast host, explores the topic of “role playing” in her podcast “Under the Influence” and described it to “GMA" as "a place where sexual predators can tend to thrive because they're playing with fictional identities of very, very real children."

Prichard told her Instagram followers about what she found in December, writing in a post that she felt “violated.”

“Moving forward i will no longer be sharing photos of my kids faces/names. all are deleted as well as facebook, blog photos, reels and tagged posts. with this i’ve informed family, friend and our photographers. there have been brands we’ve worked with reach out after see my stories saying they too removed our photos (thank you),” Prichard wrote in part.

Prichard said she discovered strangers had created new, separate accounts for each of her children, featuring photos she’d taken and posted online. She said, “I will never know where all of their photos end up. I'll never know where they go or what they were really used for.”

One pattern Prichard said she’s noticed among role playing posts on social platforms is that they include hashtags such as #kidrp or #babyrp “to indicate that that's what it is, and they follow along and they all play along and there is a massive community for it.”

Prichard said it took multiple reports from both her and her followers, who rallied behind her, for the role playing accounts impersonating her and her family to be taken down. She says Instagram responded to her initial reports saying that the content didn't violate their guidelines. "I posted about what had happened and that got enough traction that finally enough people reporting it was enough to get it removed."

She has also deleted her Facebook account that featured photos of her children and deleted photos on her Instagram that showed her kids’ faces and edited their names.

A spokesperson for Meta, the parent company of Facebook and Instagram, told ABC News in a statement, "We remove accounts that impersonate others or use their content without permission, and we removed the accounts involved in this case. Parents can also let us know directly if they want a picture of their child removed from Instagram."

“Any picture that we are posting on social media can be used by anyone in absolutely any way, and that includes by sexual predators. Once our child's image is posted on social media, it is data and we have to think about it like data,” she said.

To protect your child’s identity on social media, Piazza recommends considering these tips as a starting point:

Piazza added, “My rule of thumb is if I wouldn't show a picture to a stranger walking down the street or share the information, I probably shouldn't be posting it on social media because it is just a public platform and there are strangers looking at your information all the time.”

Prichard said her experience has made her reflect on her children’s privacy more often and she wants to tell other parents to understand that photos posted online live forever. “I urge everyone to really think of what can happen with those images.“

She added, “We are so conditioned to post every move that we don't even think before doing so because it's just out of habit. And I just believe all kids should have the right to their privacy until they're fully able to consent.“

Season two of Piazza’s podcast “Under the Influence,” which explores the world of mom influencers, is now available.