An Ohio mom had an unexpected cameo in the middle of a Major League Soccer game when her 2-year-old son ran onto the field.

About 70 minutes into the game, Tucker said she turned her head for one second, during which time Zaydek slid under a fence and ran onto the field. The mother and son were guests of Tucker's employer and were sitting in club seats on the sidelines, according to Tucker.

"I literally looked away for one second and saw he was under the fence and I was like, ‘Oh my gosh,'" she told "Good Morning America." "I had to jump over the gate and then sprinted after him."

Tucker was captured on camera sprinting onto the field and then sliding in order to tackle Zaydek and take him off the field, where play was continuing.

We hope this mother and her young pitch invader are having a great day. 😂
pic.twitter.com/hKfwa6wyWI

"When I slid and tackled him, I did not feel any pain but the next day I was sore for sure," said Tucker, who described her actions in the moment as "pure adrenaline." "I was so scared he was going to get hit in the head with a soccer ball."

Both Tucker and Zaydek made it off the field without injury and without interrupting the game. 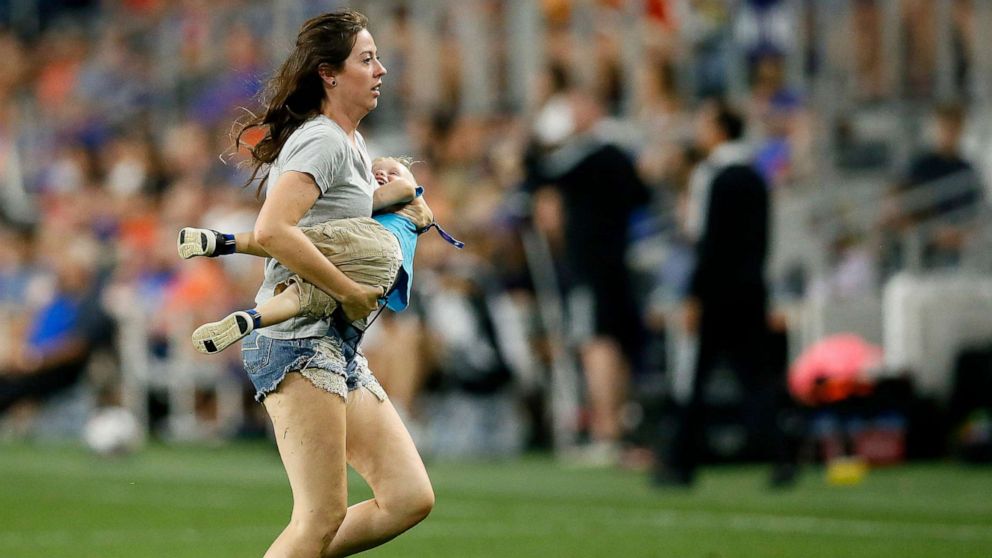 Sam Greene/The Enquirer via USA TODAY Network
Pitch invader Zaydek Carpenter, 2, laughs and smiles as his mother Morgan Tucker tackles and carries him off the field as play continues in the second half of the MLS match between FC Cincinnati and Orlando City at TQL Stadium in Cincinnati, Aug. 7, 2021.

"When I got him back over the fence I said, ‘What were you doing?,’ and he said, ‘Mom, soccer ball,'" Tucker said. "He was really into the game and when the [players] would go to the other side of the field, he was not happy, so he wanted them to be there with him."

MORE: Olympian mom 'trains' with her daughter and it's hilarious

"He was just running after them," she added of Zaydek. "He was just laughing and had no idea what he did."

Zaydek and his mom had a great time at the game pic.twitter.com/53TgisKvis

Tucker said she received cheers from the crowd as she ran off the field with Zaydek, adding, "Everyone was screaming and cheering and I knew they were not cheering for the game. My face was as red as a tomato."

MORE: See the many faces of Prince George as he watches England lose to Italy in Euro 2020 final

She described Zaydek as a "very active kid" who started walking at seven months and now loves playing soccer, something she hopes he'll get to do again, just not in the middle of a pro soccer game. 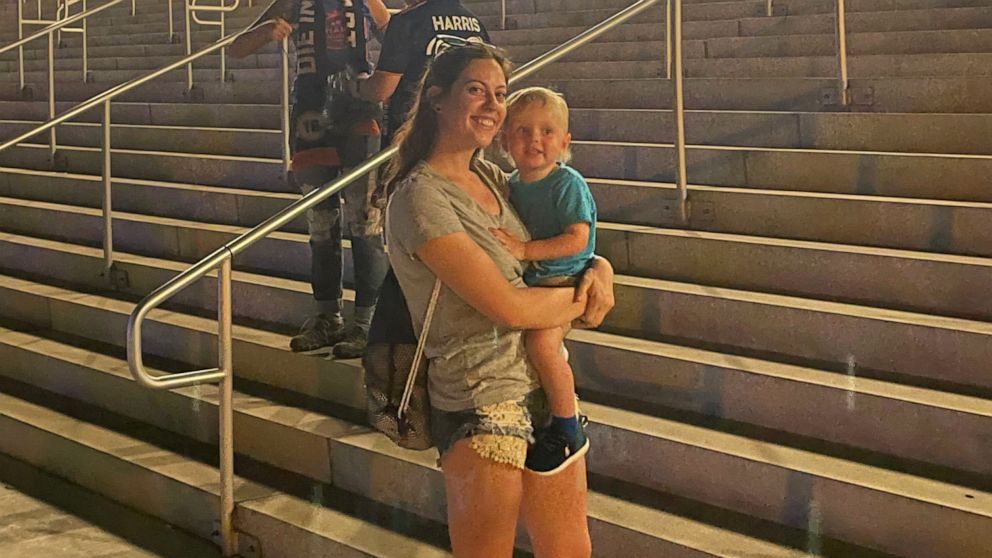 "I want him to meet the FC team now and kick a ball with them," she said, adding that Zaydek was given the game ball on Saturday after the game. "That would be so cool."