Jessica Frew and Steve Stoddard were once happily married but two years into their marriage, Stoddard came out to Frew and told her he was gay.

Today, Frew and Stoddard are on a mission to help others who may be confronting the same issues they've lived through. Their "Husband in Law" podcast, co-hosted with Frew's husband, Matt Frew, highlights their personal experiences and showcases how they've teamed up to make co-parenting a success in their blended family.

Initially, Stoddard said he didn't want to come out and worried about how it would affect his family, as he and Frew had a daughter named Penny. 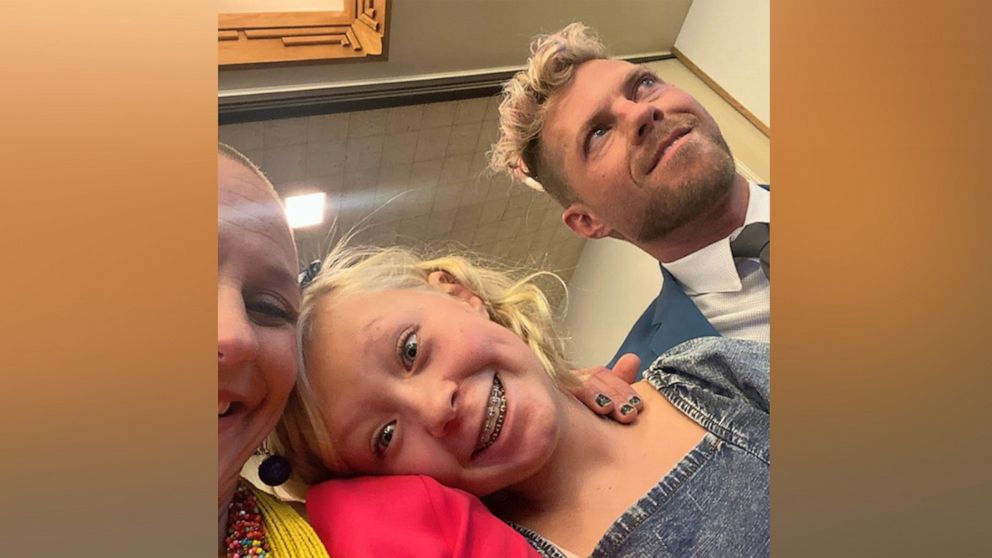 Courtesy Jessica Frew
Jessica Frew and Steve Stoddard divorced after Stoddard came out as gay but they remain close friends and co-parent their daughter Penny together.

"I didn't want to be gay and it took me a long time to admit to myself and to her that, yes, I'm gay," Stoddard told "Good Morning America" in an interview which aired Tuesday.

It was difficult for Stoddard to come to terms with his identity, in part, because of he had grown up in a religious household. He and his family were members of the Church of Jesus Christ of Latter-day Saints, which doesn't recognize same-sex relationships and marriages.

For Frew though, Stoddard's revelation wasn't a betrayal but an honest realization of who he really was. 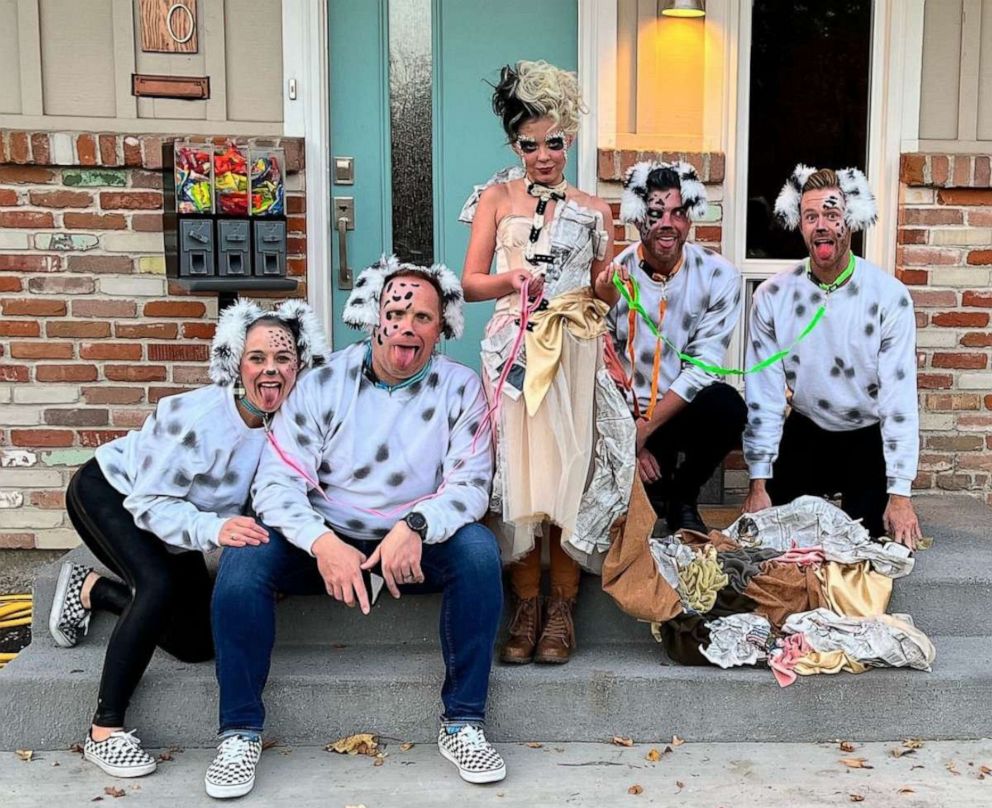 Courtesy Jessica Frew
Frew and Stoddard have embraced their blended family and celebrate holidays and events together.

"It felt like Steve exploring and figuring out who he was," Frew said. "And I made a very clear point in my head to not let it become a thing of betrayal. I knew it wasn't about me."

It wasn't all easy and smooth sailing, especially when Frew and Stoddard's marriage was ending.

"There was a time where I was convinced that Penny would be better off with no dad than with a gay dad," Stoddard said. "And I really went through a dark phase for a couple of years there where I was suicidal and really struggled with just seeing the value in me being able to live a natural life that I had been taught was so wrong and that was worse than death itself." 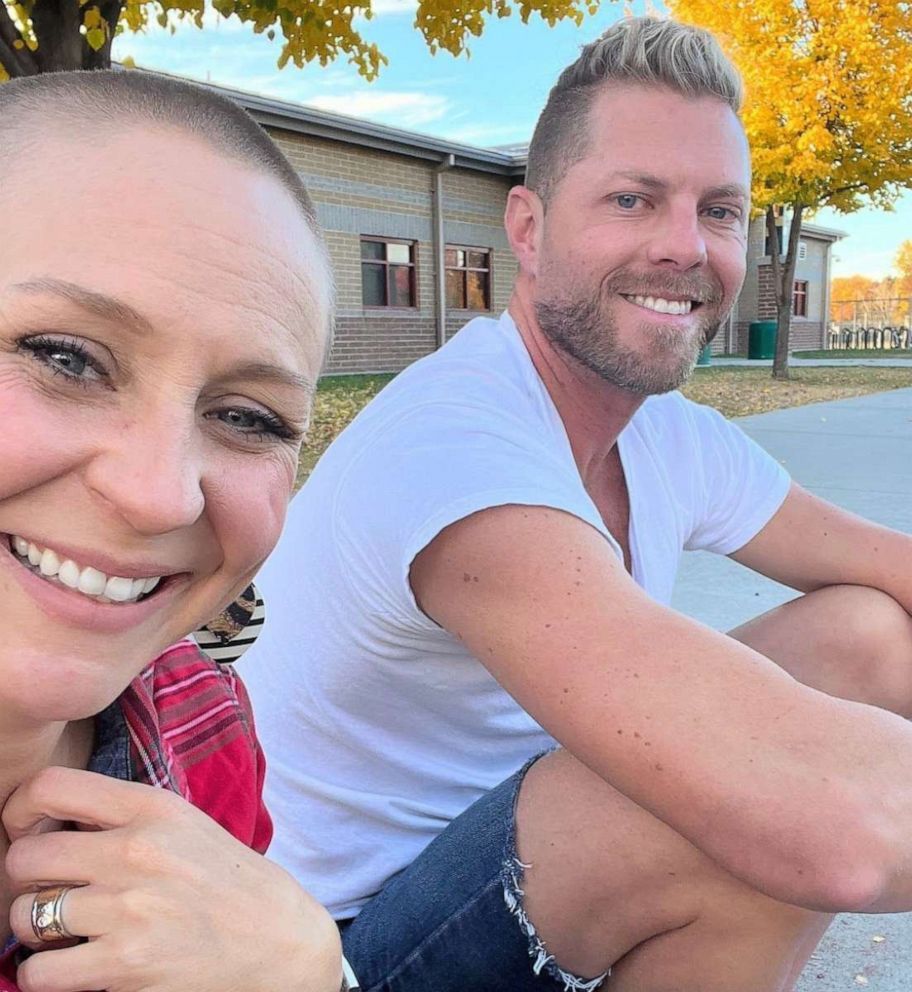 Courtesy Jessica Frew
Jessica Frew calls her ex-husband, Steve Stoddard, a "friendapist," both a friend and a therapist who listens and is honest with her.

Frew and Stoddard eventually divorced; Frew remarried and Stoddard is in a relationship with his boyfriend. In the years since their split, however, Frew has not only remained friends with her ex-husband but has also supported his personal journey.

MORE: How 2 moms became friends to the benefit of their kids

"I've always had an innate gift to just kind of love myself and embrace who I was created to be. And I feel like when you do that, you're able to help other people do that along the way, too, and recognize that the things they're going through have nothing to do with you personally," Frew said. 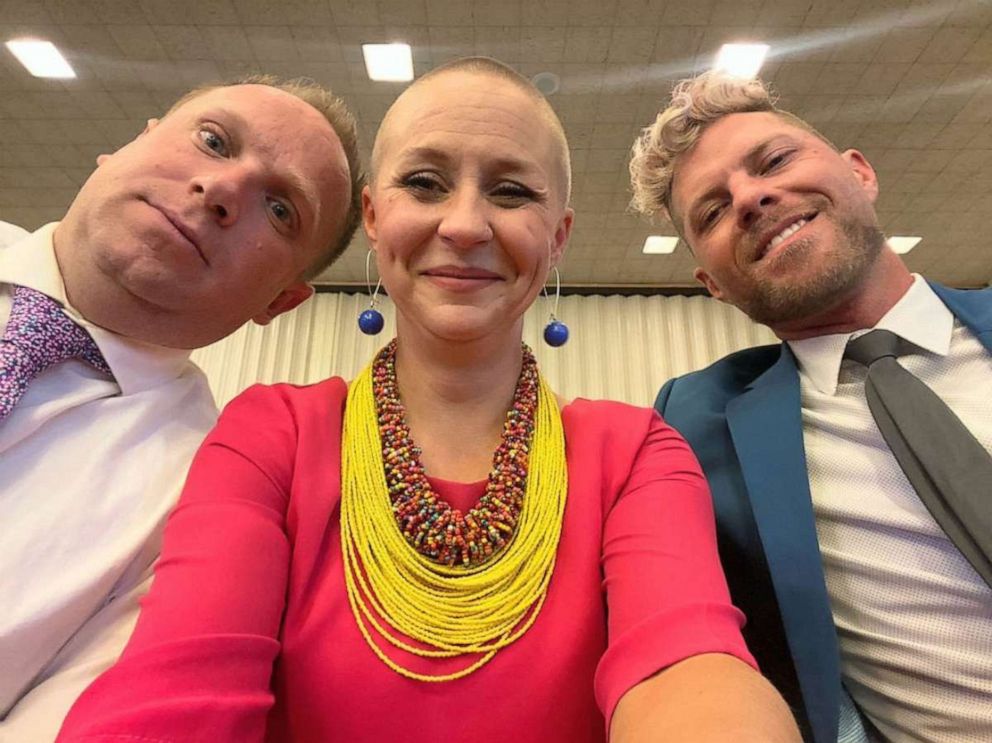 Courtesy Jessica Frew
Since their divorce, Frew has remarried and Stoddard has a boyfriend. Matthew Frew and Steve Stoddard now work together with Jessica Frew on their Husband in Law podcast.

Jessica Frew and Stoddard's daughter, Penny, said it's all just a regular day in their blended family life together.