The parents of a 12-year-old girl who took her own life after they say she was severely bullied by peers, and even adults, at her Florida middle school are calling for school officials to "be held responsible, ultimately, for what they've allowed."

"She had all the love in the world when she came home," Shane Green said of his late daughter, Gabbie Green. "But the days that she went to school ... she would be isolated and manipulated and demoralized." 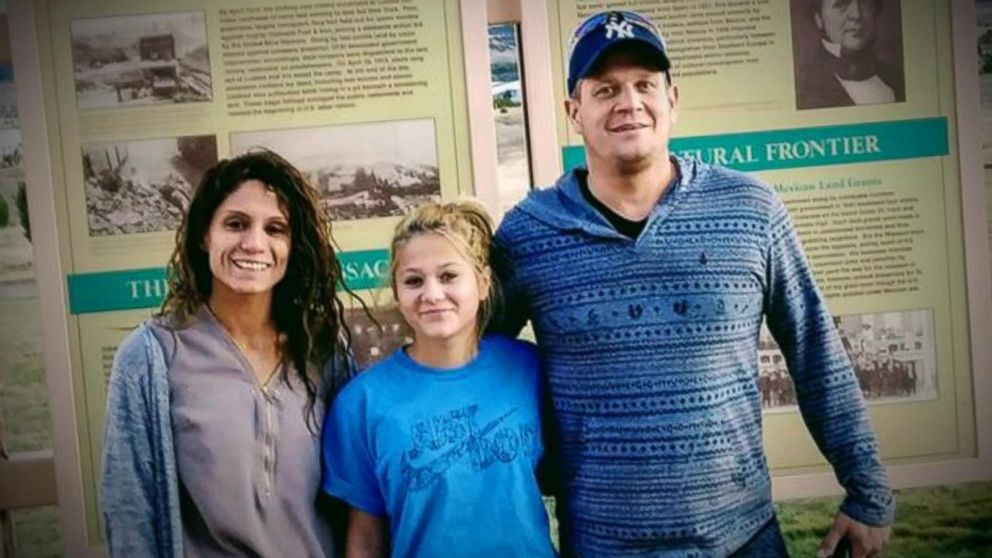 Shane and Tanya Green
Tanya and Shane Green pose with their daughter, Gabbie Green in this undated file photo.
Family of cyber-bullied NJ girl who killed herself to sue school district for negligence
Family of 13-year-old California girl who committed suicide after months of bullying to file wrongful death lawsuit against the school district, attorney says

On Jan. 10 of this year, while her parents thought she was getting ready for church, Gabbie Green hanged herself in her closet.

Prior to her decision to take her own life, her parents said, she had been the victim of rampant bullying and cyberbullying.

Tanya Green told ABC News' Amy Robach that her 12-year-old daughter "developed quicker" than some of her peers, "and that made her possibly stand out."

Gabbie and her family had recently moved from Michigan to Florida, where Gabbie started sixth grade at Surfside Middle School as a new student. 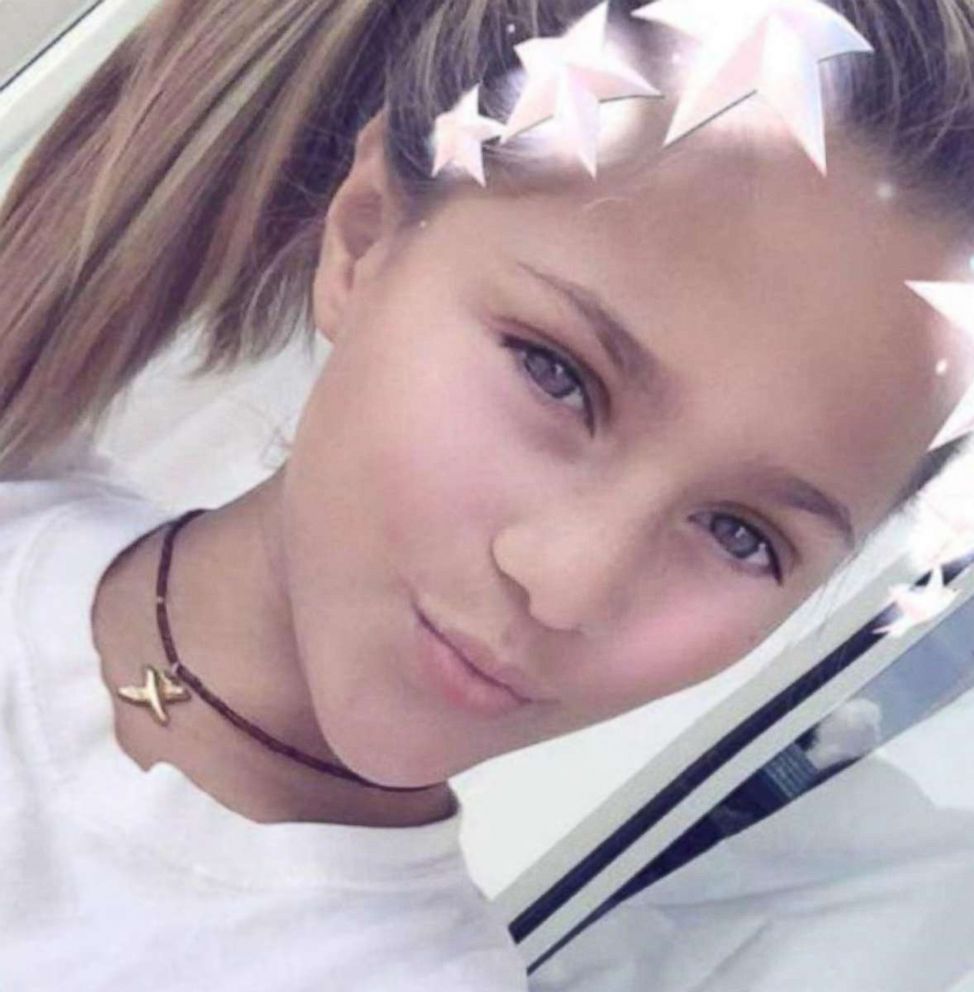 Shane Green said that "she began to be bullied by not only some students," but even some "teachers" and "administrators" at her school.

"We feel like it started there," he added, saying that Gabbie had "really no support system when she went to school."

Shane Green emphasized that "more than anything" his daughter was "demoralized" at school.

The parents said the bullying began on social media, though it eventually escalated to offline incidents as well.

"There were memes, they put memes out of her figure," Tanya Green said.

Shane Green added that there was even "a picture with a gun to her head."

The parents said they went to the school for help, but the bullying only grew worse online and even became physical.

On the day Gabbie took her own life, the parents say she had been receiving harassing text messages.

"They were saying that they were going spread rumors about her," Tanya Green said of the messages. Shane Green added the texts "were telling her that she should just kill herself" and that "nobody liked her." 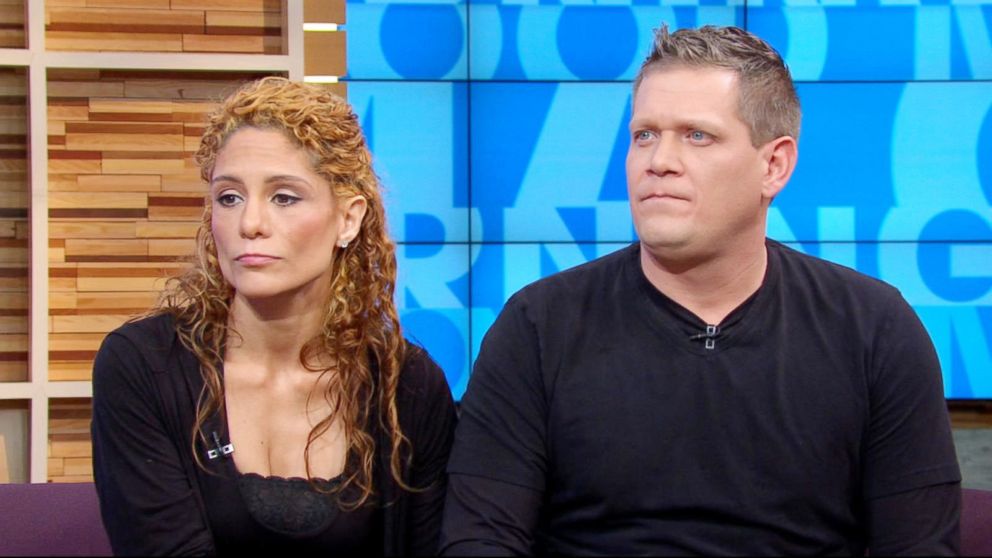 ABC News
Shane and Tanya Green say their 12-year-old daughter was cyber-bullied before taking her own life.

Later that day, while her parents thought she was getting ready for church, Gabbie hanged herself in her closet.

Panama City Beach police said that shortly before her death, Gabbie was on the phone with another student, and that she had told him she had just tried to hang herself. He responded by saying, "If you're going to do it, just do it," according to police.

Tanya Green said she "never, never" thought it was possible for her daughter to take her own life.

Shane Green added that "she was brave and strong, and she knew how to encourage people that maybe had had those thoughts in the past."

"We think she just wanted the people outside of her house to notice something was wrong," Shane Green added of why he thinks she did it.

The father said he doesn't think Gabbie wanted to die.

"She wanted one person at that school to pat her on the back and say, 'It’s OK,'" he said.

Following Gabbie's death, Panama City Beach police charged two 12-year-old middle school students with cyberstalking, telling ABC News that while they did not find that cyberbullying was the sole cause of Gabbie's death, it transpired at the time of her death.

The parents said that while they believe the actions of the two other children played a part in their daughter's death, Shane Green is calling for "those administrators and school officials" to "be held responsible, ultimately, for what they've allowed."

Earlier this month, the Greens notified the school district of their intent to sue, writing in a letter to the school board that Gabbie "was the victim of persistent bullying," while a student at Surfside Middle School, and that the behavior "went unpunished, unreported, or was promulgated."

The Bay County School District told ABC News in a statement that it is "so very sorry for the tragic loss suffered by the Green family."

"The death of a student is something that is felt by the entire district and our counselors have continued to support the students and staff at Surfside Middle School through this difficult time and those resources remain available for as long as they are needed," the statement added. "We understand that the Green family has retained legal counsel and so, upon the advice of our legal counsel, we are not able to discuss any specific details regarding this tragic situation."