Megan Richards, a mom of six, had planned to provide breast milk for her youngest child, 5-month-old Myles, through his first birthday.

Richards died last month due to complications from COVID-19, and now her family is trying to fulfill her wish by collecting donations of breast milk.

"It was one of the things that she wanted the most for the baby, and it was important to her, so it was important to me," said Megan's husband, Michael Richards. "Even when she got sick and I was trying to keep her in bed, and just try to get her to rest, I talked to her about it maybe being time to stop pumping -- she'd been pumping to be able to feed him with a bottle -- and she refused." 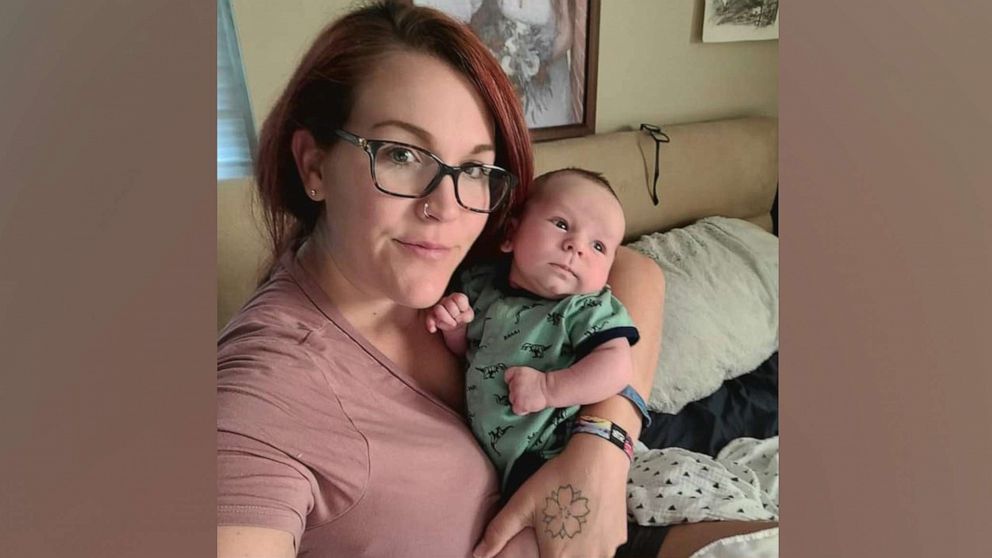 The Oak Grove, Missouri, family has so far received about 400 ounces of donated breast milk, as well as a donated freezer to store it.

They estimate they will need around 10,000 ounces to reach Myles's first birthday next July, according to Brittany Eppenauer, Megan Richards's sister.

Eppenauer is leading the drive for breast milk donations and said she's received nearly 300 emails from women who want to donate.

"The first donation that we received came from a woman named Megan," she said. "It's overwhelming to know that other moms care that much, to make sure that we can fulfill my sister's wishes." 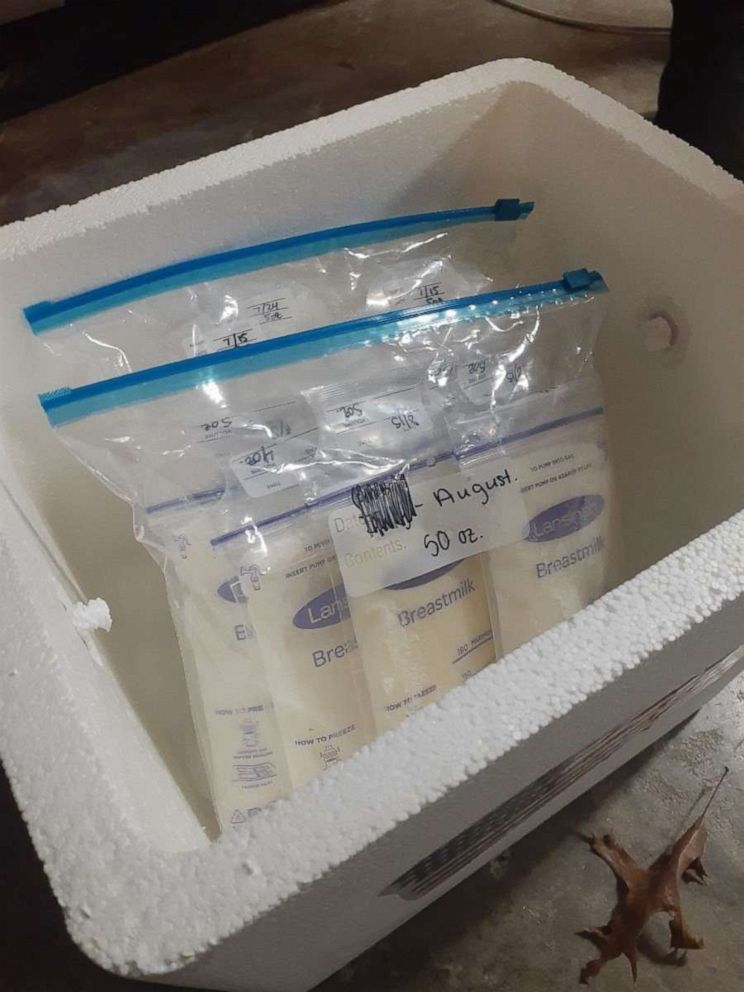 Courtesy Brittany Eppenauer
Strangers have donated breast milk for the son of Megan Richards, who died due to COVID-19.

Megan Richards was 32 when she died Nov. 15. She was the mother of five biological children and shared a step-child with her husband, with whom she would have celebrated her second wedding anniversary on Nov. 30.

"She was a perfect mother. Everything she did was for the kids," Michael Richards said of his late wife. "We put off vacations and dates for ourselves so we could spend more time with the kids. Everything was about them."

Michael Richards said he and his wife and all six children contracted COVID-19 in mid-November, with most of them suffering only mild symptoms. 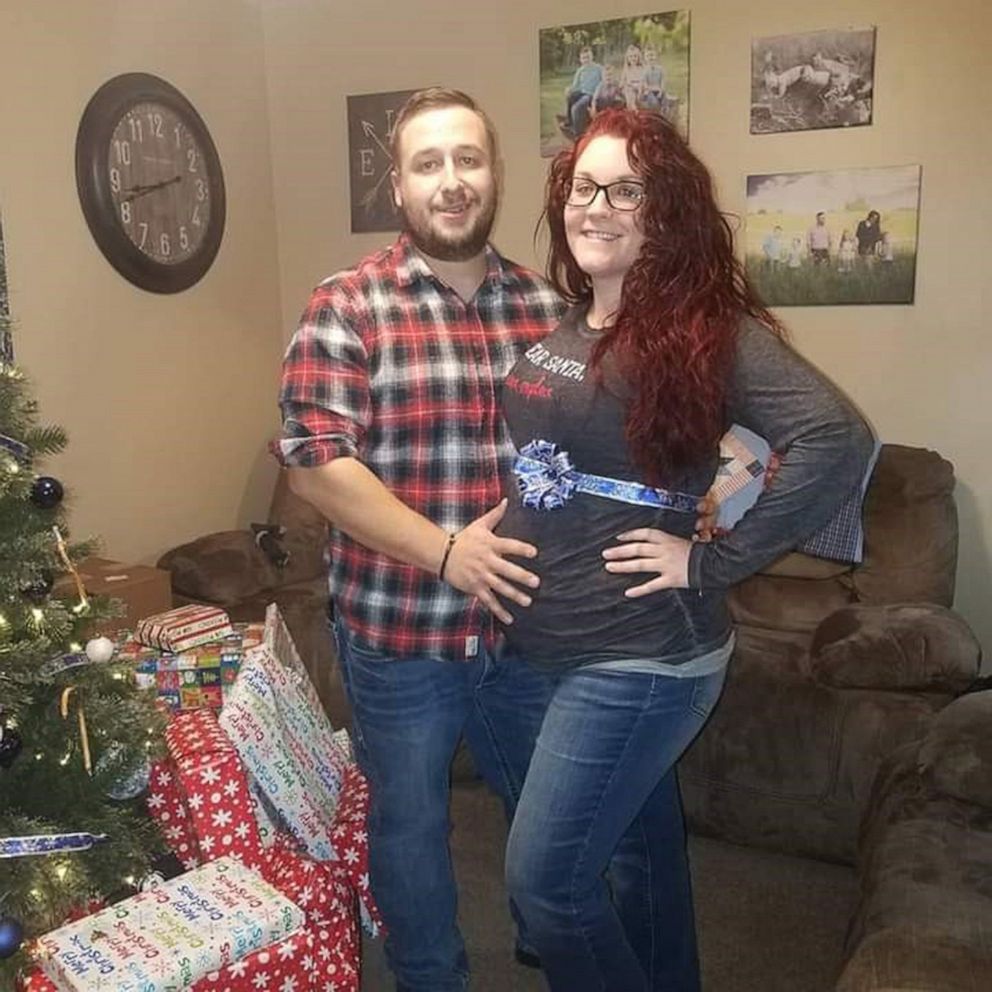 Courtesy Brittany Eppenauer
Megan Richards poses with her husband, Michael, during her pregnancy with her son Myles.

Myles had to be treated at the hospital for dehydration, but recovered quickly. Megan Richards, who was not vaccinated against COVID, began suffering worsening symptoms and had to be taken to the hospital by ambulance on Nov. 14, according to Michael Richards.

"I stepped outside to call 911, and when I got back inside Megan was laying on the living room floor," he said. "Our oldest said she stood up and said she didn't feel right and passed out."

At the hospital, she was treated for dehydration and diagnosed with COVID pneumonia, but was expected to recover quickly, according to Michael Richards.

The next day, he said he received a call from the hospital that his wife's condition had worsened. When Michael Richards arrived at the hospital, doctors were performing CPR on Megan, who had fluid buildup around her heart. She died later that day.

Both Michael Richards and Eppenauer said they're now trying to fill the void left by Megan Richards, described by Eppenauer as "one of the best mommas around." 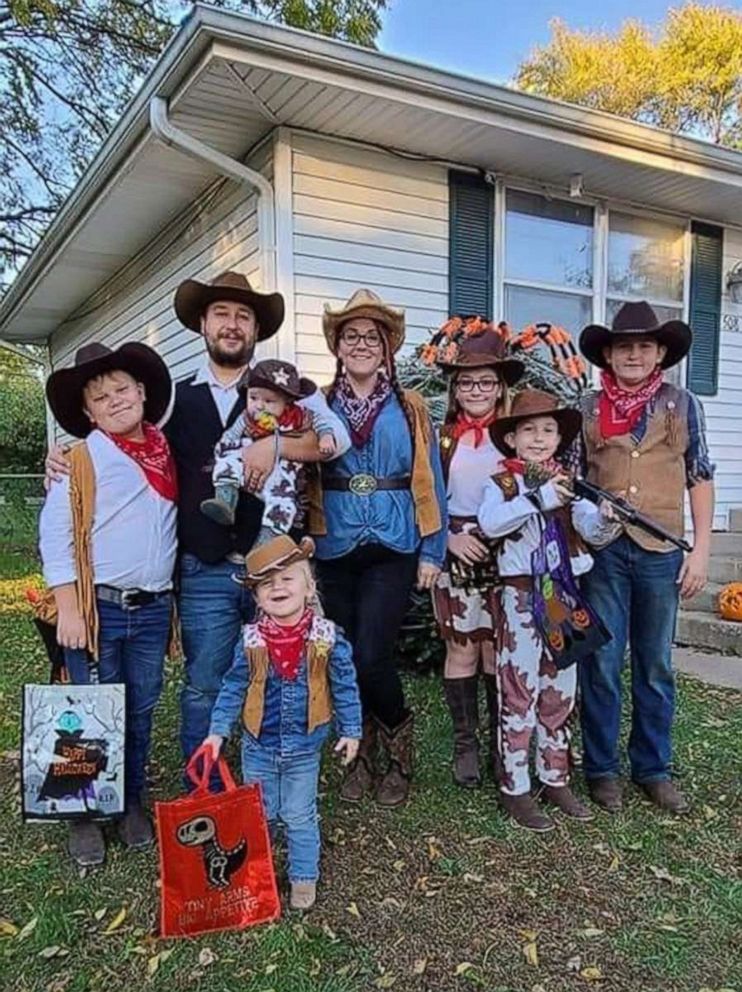 Courtesy Brittany Eppenauer
Megan and Michael Richards pose with their kids on Oct. 31, 2021, just weeks before Megan died due to COVID-19.

"My niece's birthday was on Dec. 1st, and it took eight adults to do what she could have done as one person in putting on a birthday party," Eppenauer said. "We don't know how we'll fill her shoes, but we're going to try."