Haley Richardson, a labor and delivery nurse, was just over six months pregnant with her second child when she came down with what she thought was a sinus infection in late July.

When her condition worsened, Richardson, 32, of Theodore, Alabama, took a COVID-19 test and was positive, said her husband, Jordan Richardson.

At the time Richardson, who wasn't vaccinated, was experiencing typical COVID-19 symptoms -- fatigue, loss of smell and taste -- so she self-isolated at home, according to her husband.

"She knew how overrun the hospitals were and she didn't want to put a burden on anybody else," Jordan Richardson, who also battled COVID-19 but suffered only minor symptoms, said of Haley. "She knew what we thought we should be looking for in watching her oxygen levels and her heart rate and keeping those where they needed to be. We were doing everything we knew to do."

On Aug. 8, Richardson's oxygen levels dropped so dangerously low that she had to go to the hospital. After several days there, she was transferred to a larger hospital's COVID intensive care unit, where she ultimately was placed on a ventilator. 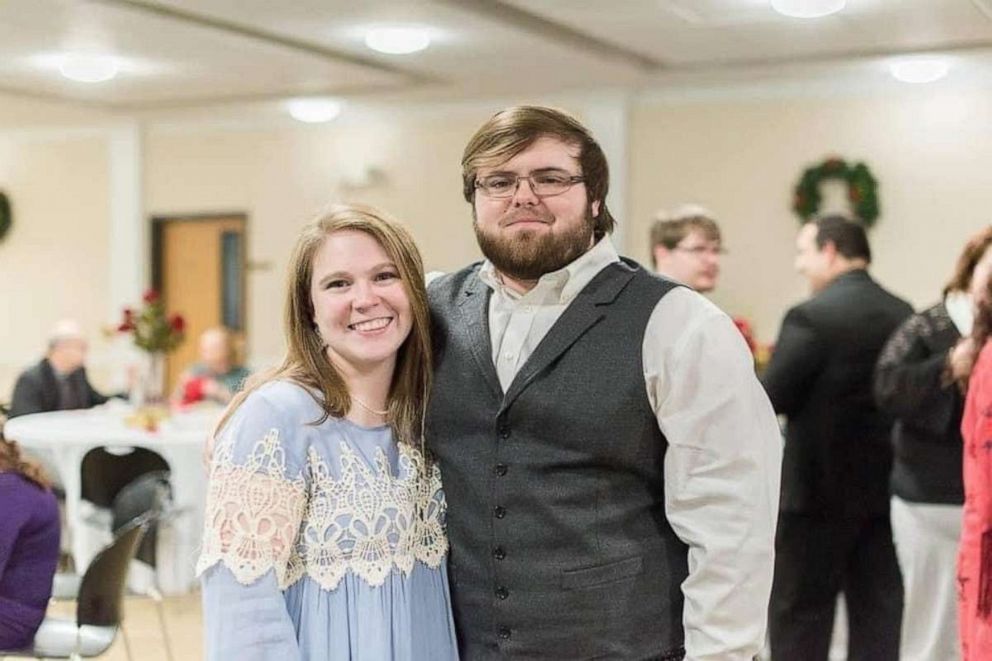 When she was admitted to the hospital, an ultrasound showed that her pregnancy was in distress, Jordan Richardson explained.

"Before she contracted COVID, there was nothing wrong with the baby. All testing was 100% normal," he said. "Once COVID started, that slowly started to change and the movements got slower and slower. When we got to the hospital and they did an ultrasound and she saw it, she knew that it didn't look very promising."

MORE: 3 out of 4 pregnant people not yet vaccinated against COVID-19, CDC says

Doctors and nurses had in the days before her death scrambled to send Richardson to a hospital with an extracorporeal membrane oxygenation, or ECMO, machine, which removes carbon dioxide from blood and sends back blood with oxygen to the body, allowing the heart and lungs time to rest and heal. But amid a summer surge of COVID-19 brought on by the delta variant and low vaccination rates in the United States, they were not able to find a bed, according to Jordan Richardson.

"They were trying to find an ECMO for her, but everything is so full right now it was very unlikely to find a bed," he said. "Once her condition worsened, they weren't able to transport her because her oxygen levels were so low."

Richardson's family and friends are now speaking out in order to urge people, especially pregnant people, to get vaccinated against COVID-19. 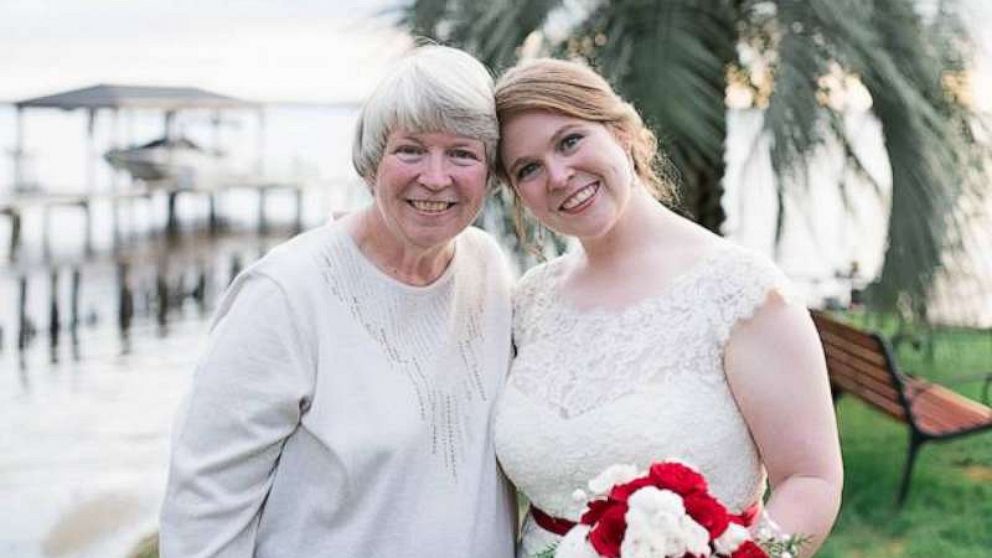 Jordan Richardson
Haley Richardson poses on her wedding day in 2015 with her mom, Julie Mulkey.

About 3 out of 4 four pregnant people in the U.S. have not yet received a COVID-19 vaccine, according to new data from the Centers for Disease Control and Prevention. Among pregnant Black people, nearly 9 out of 10 are unvaccinated, according to the CDC.

Earlier this month, the CDC, citing new evidence of safety with the vaccines, strengthened its recommendation for COVID-19 vaccination during pregnancy, stating that all people who are pregnant, breastfeeding, or trying to get pregnant now or might become pregnant in the future should get a COVID-19 vaccine.

The CDC has shared data showing that pregnant people infected with COVID-19 are at an increased risk for "intensive care unit admission, invasive ventilation, extracorporeal membrane oxygenation and death," compared to nonpregnant people.

Jordan Richardson said his wife believed in the vaccine for herself but was worried about how it could affect her pregnancy.

"When we were trying to get pregnant, we talked to a bunch of different people," he said, "and at that time there just wasn't a whole lot of research on the vaccine to know if it was going to be safe for the baby. We weren't worried about it for us, but just didn't want to have complications with the baby. We were just going to wait until after the baby was born."

"It's unfortunate for us, but a lot of stuff has come out since this happened," he added, referring to progress made with COVID-19 vaccines, including further studies showing the vaccines' safety in pregnancies and the Food and Drug Administration on Monday granting full approval of the Pfizer COVID-19 vaccine for everyone 16 or older.

"Here in the dark, in the wee hours of the morning, it is so easy to pretend that all of this was just a nightmare or that I'm just here in this hospital bed due to my own issues with Covid," she wrote. "Not for anything being wrong with my sweet baby girl whom I thought I was protecting in my own womb. I know the prognosis and I know the reality. And while part of me may start to acknowledge this, the other part of me still believes God is still the God of miracles and is in control above all else."

Both the Pfizer and Moderna vaccines use mRNA technology, which doesn't enter the nucleus of the cells and doesn't alter human DNA. The two COVID-19 vaccines are the first mRNA vaccines, which are theoretically safe during pregnancy, because they do not contain a live virus.

Once Richardson was hospitalized, she convinced a friend to get vaccinated, according to Jordan Richardson.

"A friend of ours said once she talked to Haley and talked about all the stuff that had gone on, that Haley had convinced her to go get a vaccine," he said. "And the friend was someone who was very much against it."

MORE: Mom hospitalized with COVID-19 complications after not getting vaccine during pregnancy

Jason Whatley, a close family friend whose wife, Kari, was maid of honor at the Richardsons' 2015 wedding, said he hopes speaking about Richardson's COVID-19 battle will help save lives, something to which she devoted her life as a nurse. 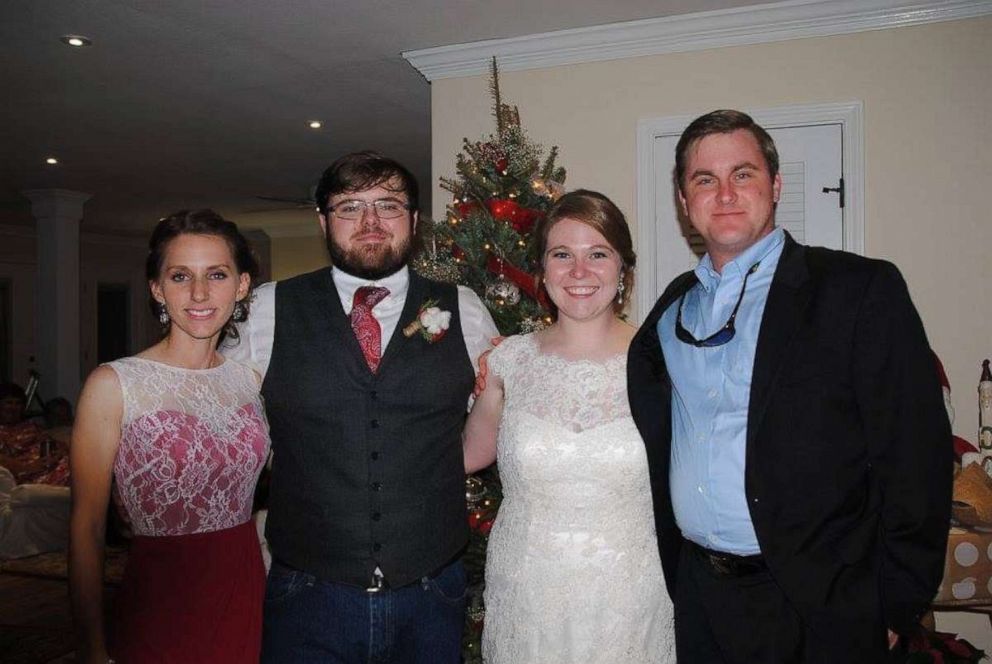 "It's a bittersweet thing to come out of this but [Haley would want] for pregnant women to be aware of how at-risk they are for this and to take any and all precautions, including being vaccinated," he said. "It didn't matter what she was going through, she was always concerned about the people around her."

"Everybody is a legend at their own funeral, but she was pure good in the world," Whatley added of Richardson.

Jordan Richardson said he sees the legacy of his late wife directly in their daughter, Katie, who turns 3 next week.

"[Haley] could walk into a room of complete strangers and talk to any of them and there would somebody laughing in seconds, and in 30 minutes everybody would be laughing," he said. "Katie is the spitting image personality-wise of her mom." 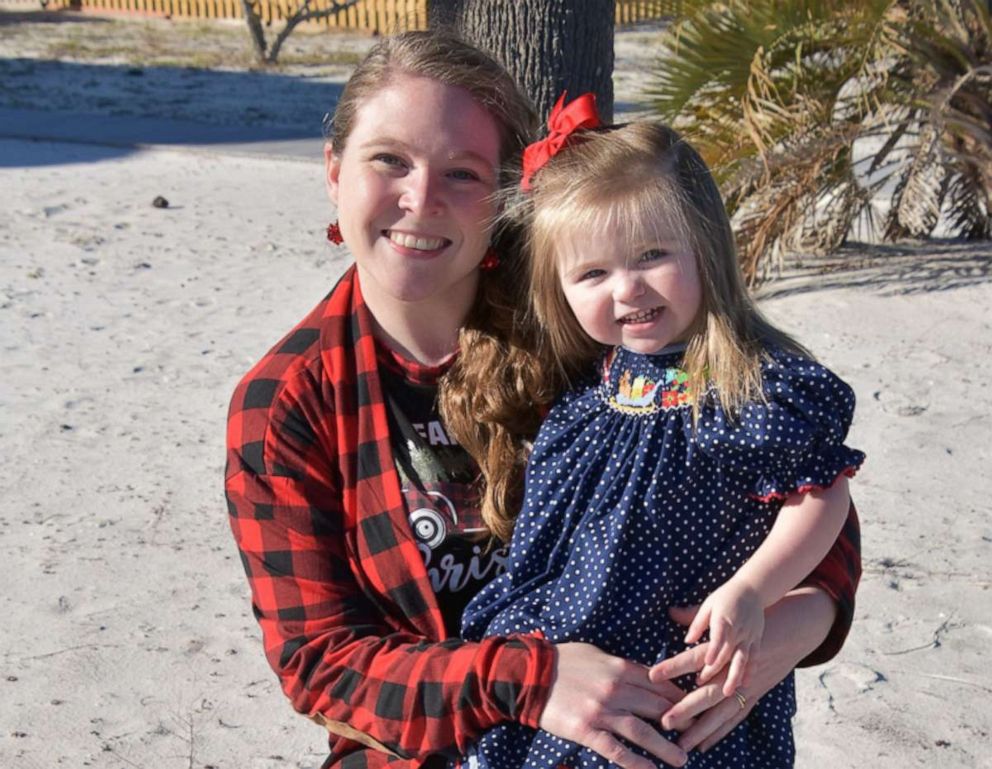 Courtesy Jordan Richardson
Haley Richardson, who died due to COVID-19 complications, poses with her daughter, Katie.

He added of the tributes pouring in for Richardson, "We've gotten stories from doctors, patients, nurses and friends about how Haley was, and we're compiling all of that for Katie so she has those [memories]."

Jordan Richardson said he is also finding comfort now amid his grief in his wife's faith.

"She had the strongest faith and the strongest belief in her salvation that I have ever seen," he said. "Knowing that I'm still here but she's there and has eternal peace and eternal happiness, it makes me happy. The selfish part of me wants her still here, but the love she had for the Lord, it was unbelievable."