The school year is upon us, and as millions of children head off to the milestone of kindergarten, one teacher wants to remember -- and include -- all the kids who won't be putting their belongings in cubbies and making new friends this year.

Rachel Whalen, a writer and kindergarten teacher in Vermont, wrote a letter to those children who have died and their families. "I will hold a space for you in my classroom this year," she wrote.

She had the idea to write the letter, she told Good Morning America, when she was preparing for the upcoming school year. 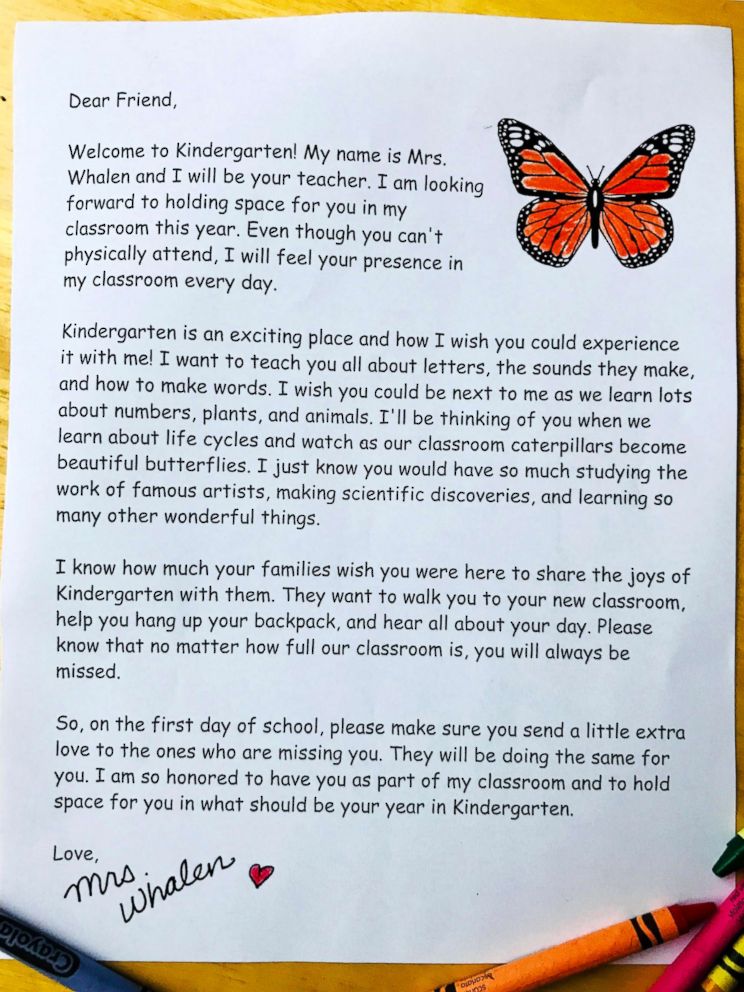 "One of the other teachers suggested counting the students to make sure no one was missing and this thought came rushing in. 'I wonder who's missing. I wonder who should be starting Kindergarten with these kids this year.'

Whalen knows the pain of the families missing this milestone all too well. Her daughter, Dorothy, was stillborn in February 2016.

"While I was writing my welcome letters for my class, I realized that I would never get one of these letters for Dorothy," she said. "So, I decided to write one but instead of just writing it for Dorothy, I wanted it to reach those parents who were missing their kindergarteners this year."

Losing Dorothy, she said, "destroyed" her.

The letter reads, in part:

"I know how much your families wish you were here to share the joys of kindergarten with them. They want to walk you to your new classroom, help you hang up your backpack, and hear all about your day. Please know that no matter how full our classroom is, you will always be missed."

She told "GMA," "I have friends in the loss community who were missing out on this milestone and I wanted to honor them. I wanted to let those families know that I was thinking of them and holding space for their children. I also wanted to make other teachers aware that their class lists were always going to have some missing names. There will always be children who should be here and that they are missed."

Whalen said her goal as a teacher is to create a classroom community where all are welcome. "This year, I decided to extend that definition to include those students who can't walk through my door but who will always have a place here," she said. "I am so grateful to everyone who has helped this reach so many families who may have needed a little comfort during such a difficult time."