A little over a year ago, Mickey and Samantha Clark were moving across Oregon. The couple, who had been undergoing fertility treatments, needed to bring their frozen embryos along to another clinic closer to their new home.

So they decided to have a little fun with the embryos along the way by taking some fun pictures.

Samantha told "Good Morning America" that the photos only "took all of 10 minutes" to take and, now, they've been seen around the world. 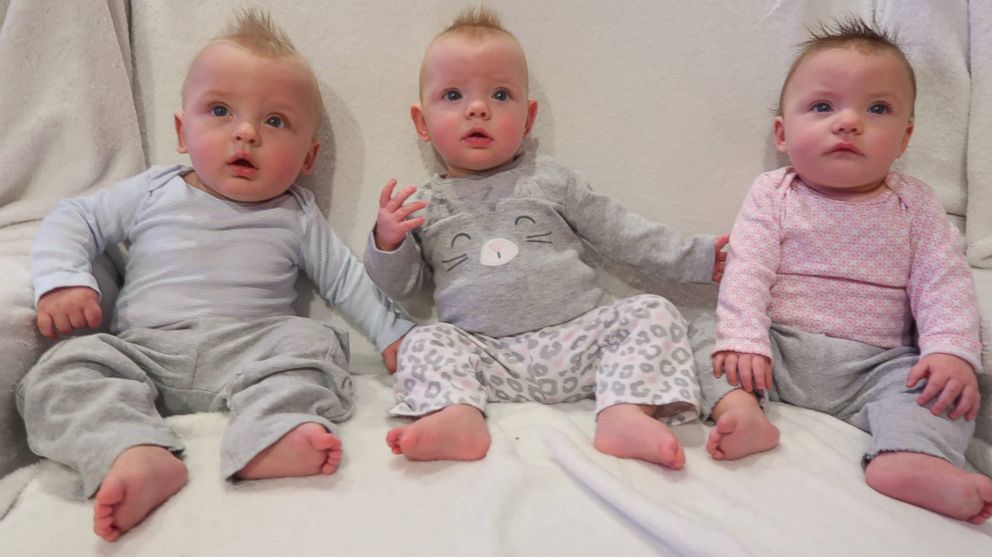 "We were cracking up the whole time," she said.

Three of those embryos have been born and, today, they turn 6 months old.

It's a sweet celebration for a couple who never knew if they would have a family. 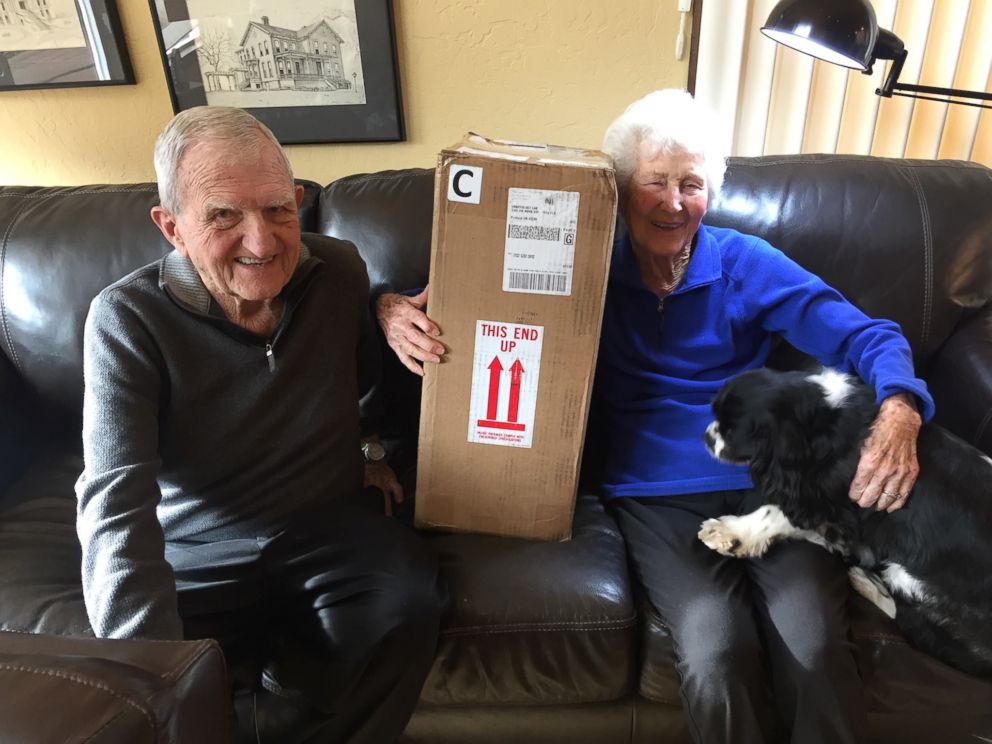 "I had endometriosis and PCOS [polycystic ovary syndrome]," Samantha said. "We knew before we got married that it would be difficult to have children, so we decided to forgo a wedding to save our money to pursue having kids through adoption, foster care or infertility treatments." 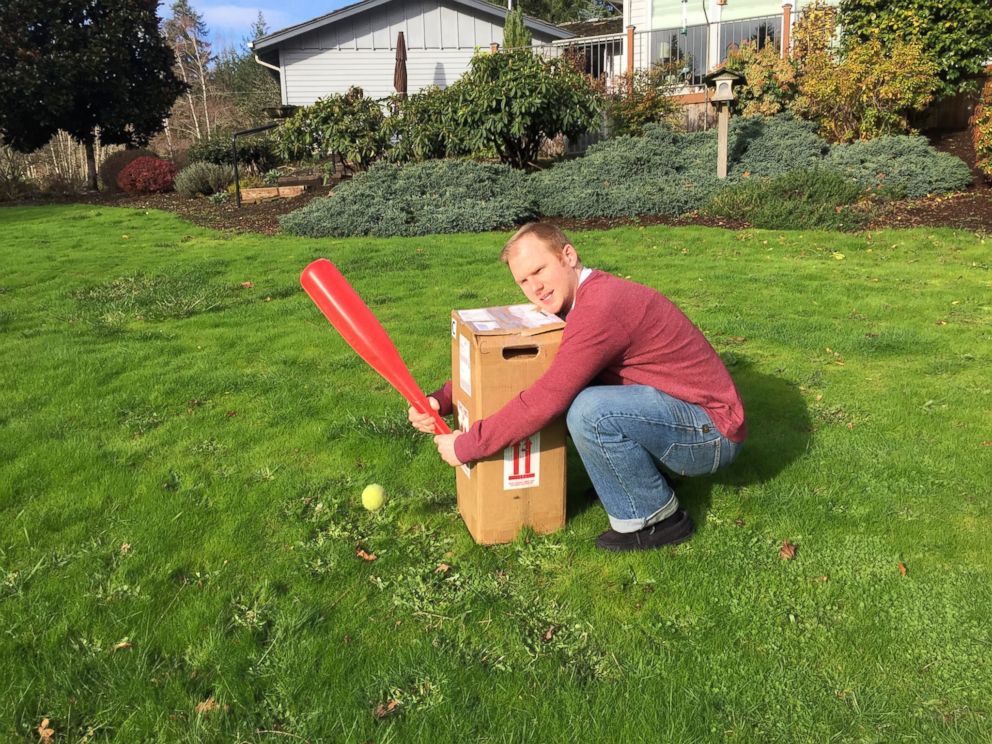 Courtesy Samantha Clark
When moving their frozen embryos to a new clinic in 2016, Oregon couple Mickey and Samantha Clark decided to take some fun photos along the way.

The couple didn't have any luck with adoption or foster care. They intended to try a medicated intrauterine insemination (IUI), she said, but she produced so many eggs because of her PCOS that it wasn't possible. So the couple had to come up with $12,000 for an in vitro fertilization (IVF) procedure, which they ultimately ended up getting the money from an aunt. 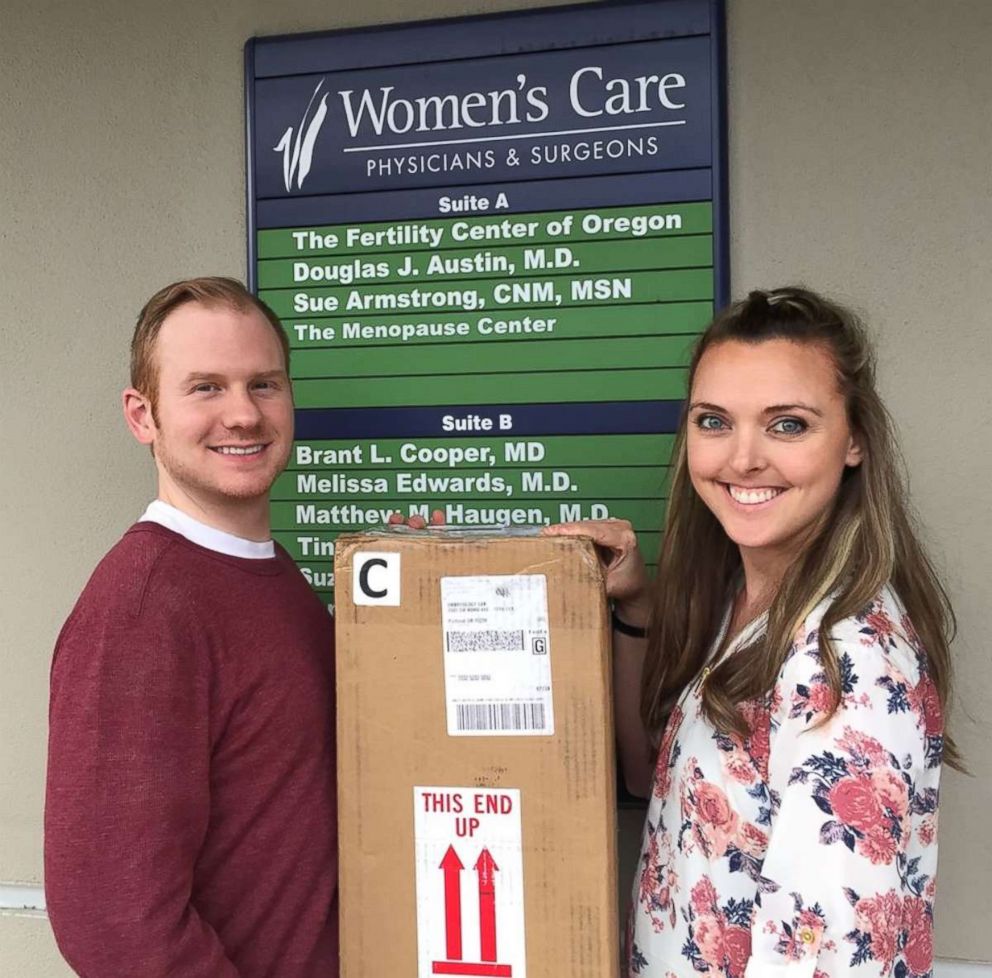 Courtesy Samantha Clark
When moving their frozen embryos to a new clinic in 2016, Oregon couple Mickey and Samantha Clark decided to take some fun photos along the way.

From the IVF procedure came their six embryos which needed to be frozen. So when it came time for the couple to move, they couldn't leave those embryos behind and decided to take them on a bit of an adventure. The couple was assured by their doctor it was fine to take a few photos and they were very gentle, she said. 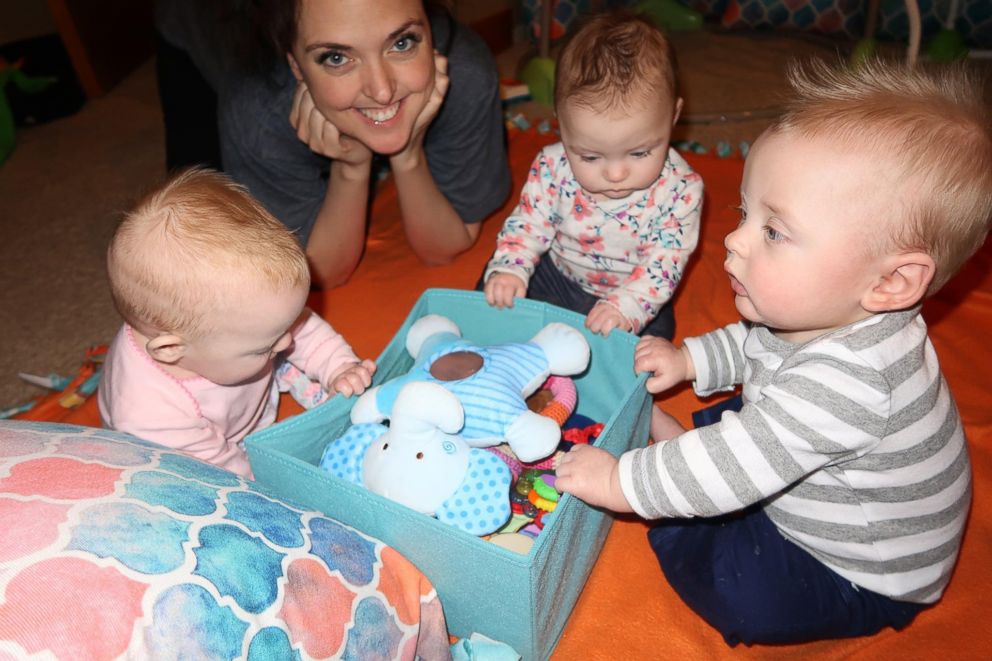 "I didn't actually go down that slide," she said. "And the swing wasn't really moving." 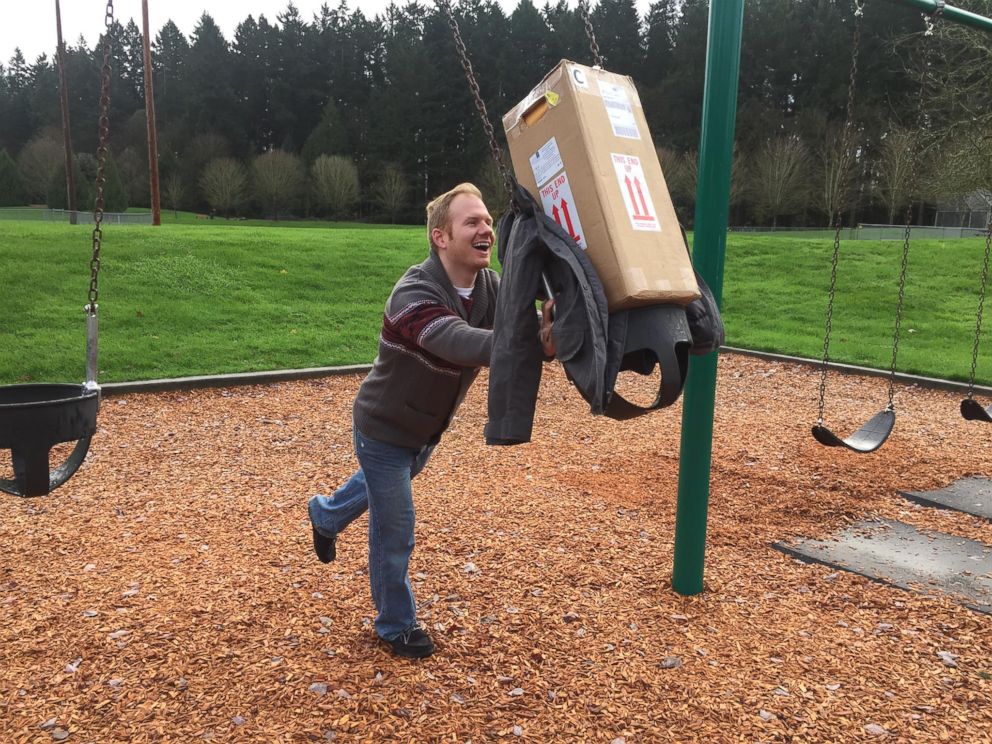 The fraternal triplets were named Shepherd, Eleni, and Ayla Clark.

Samantha said she hopes their family's story brings hope to other couples struggling with infertility.