A family in New Mexico had an extra special Thanksgiving this year, thanks to a surprise reunion.

Marty and Gae Zeller were eating dinner at an Outback Steakhouse in Albuquerque, New Mexico, when they got a phone call from their daughter Teige Zeller, who lives in Australia.

In a video of the surprise reunion, Teige Zeller can be overheard telling her parents she is "in the Outback too," which they interpret at first as her saying she is in the Australian Outback. 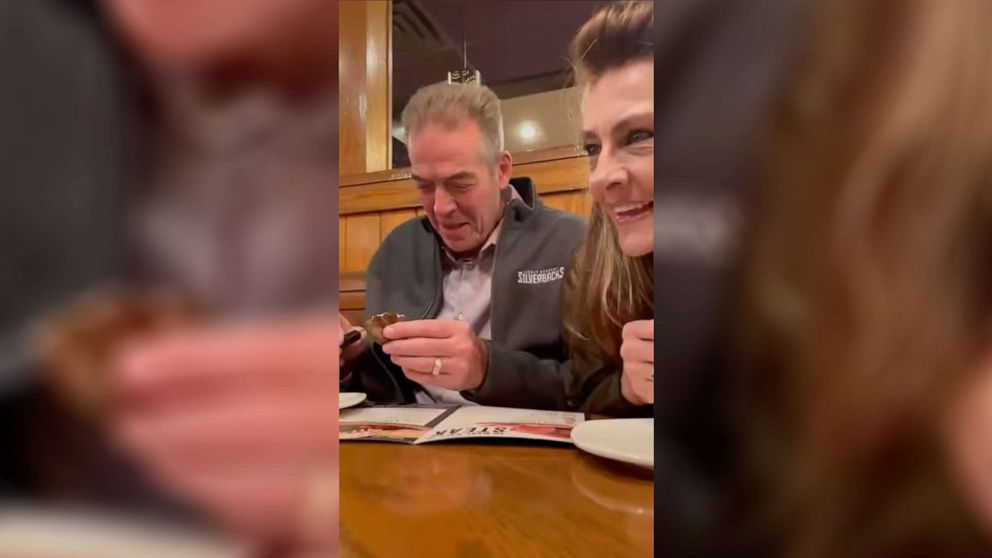 Zanen Zeller/Storyful
Tiege Zeller flew from Australia to Albuquerque, New Mexico, as a Thanksgiving surprise for her parents.

After more back and forth, Teige Zeller tells her parents to look to their right, as she walks over to their table.

Her parents react in complete shock, with her mom saying, "Noooo," and covering her eyes in disbelief. 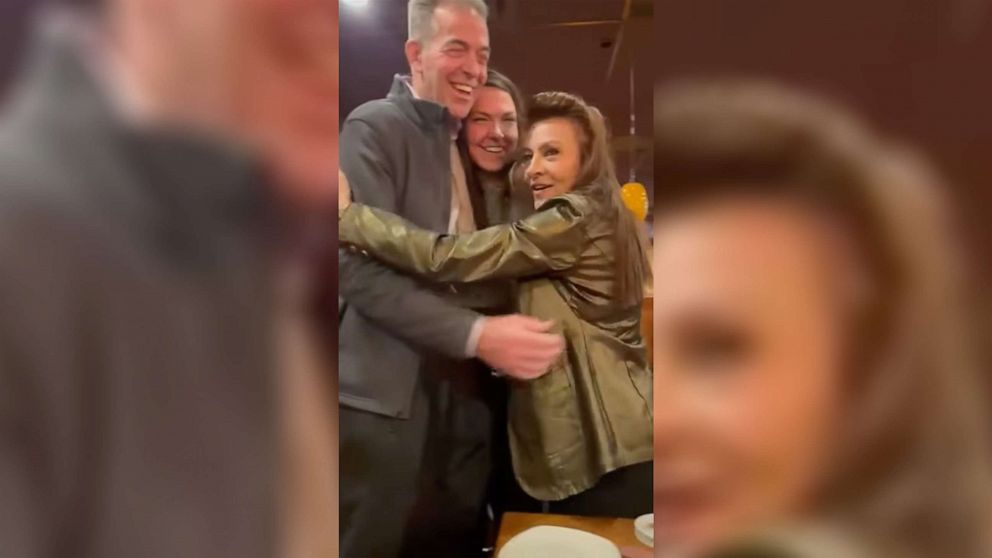 Zanen Zeller/Storyful
Tiege Zeller flew from Australia to Albuquerque, New Mexico, as a Thanksgiving surprise for her parents.

The surprise reunion was captured on video and shared on Twitter by Teige Zeller's brother Zanen.

My sis has been in Australia for the past 3 years…hence the restaurant that she said she’d pay for, just to surprise my parents 🥹 #thanksgiving pic.twitter.com/7Iew9ANp2q

Zanen Zeller told Storyful that his sister has been living in Australia for the past three years.

She was scheduled to fly home in early December, but moved her flight in order to surprise her parents for Thanksgiving, according to Zanen Zeller.