A two-year-old boy from Plantation, Florida, is melting hearts and putting smiles on millions of faces with his expert wheelchair spins and happy clapping in a video that’s gone viral on TikTok.

Kassey Jagodzinski, 22, shared the sweet video of her son Archer at the end of April with the caption, “Livin’ his best life,” and in the last month, it has racked up over 6 million views and over half a million likes.

The mom of two told “Good Morning America” she never thought her son’s video would catch the attention of so many since she often shares snippets of her family life online. 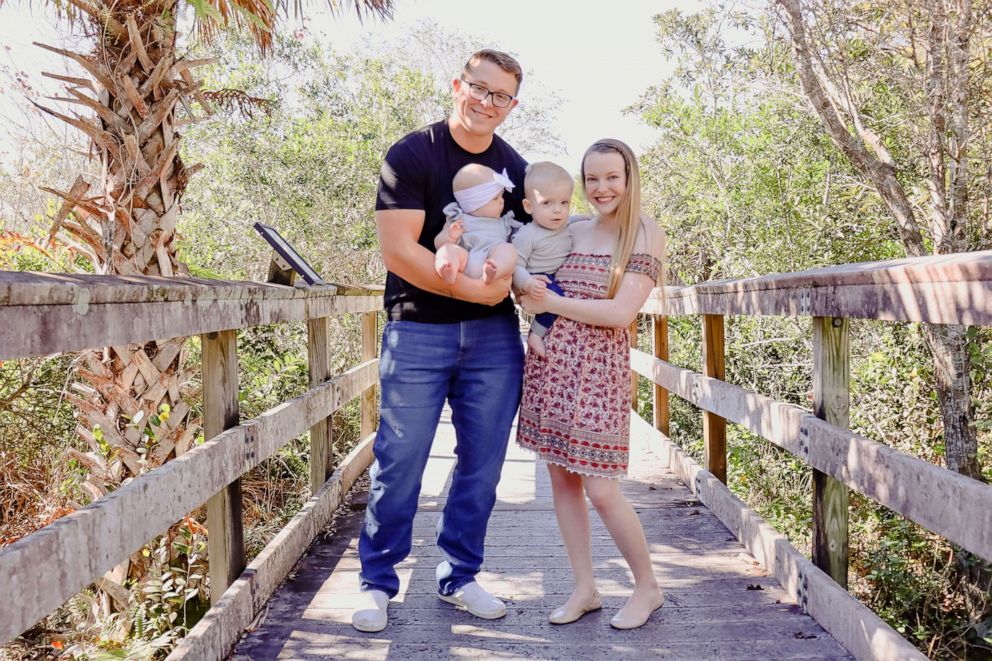 Jagodzinski also uses her social media pages to raise awareness of spina bifida, a condition Archer has and which affects people differently.

According to the Centers for Disease Control and Prevention, spina bifida is a birth defect of the spine where the backbone supporting the spinal cord doesn’t fully develop and which can lead to spinal cord or nerve damage.

“[Archer] was diagnosed with spinal bifida when I was 20 weeks pregnant,” Jagodzinski explained to “GMA.”

“We had no clue what was going on because the ultrasounds and the MRIs looked like it was just a fluid-filled sac but when he was born, we found out that it had nerves involved. So he is paralyzed [from] the hips, waist area down. He's never moved his legs,” she continued. 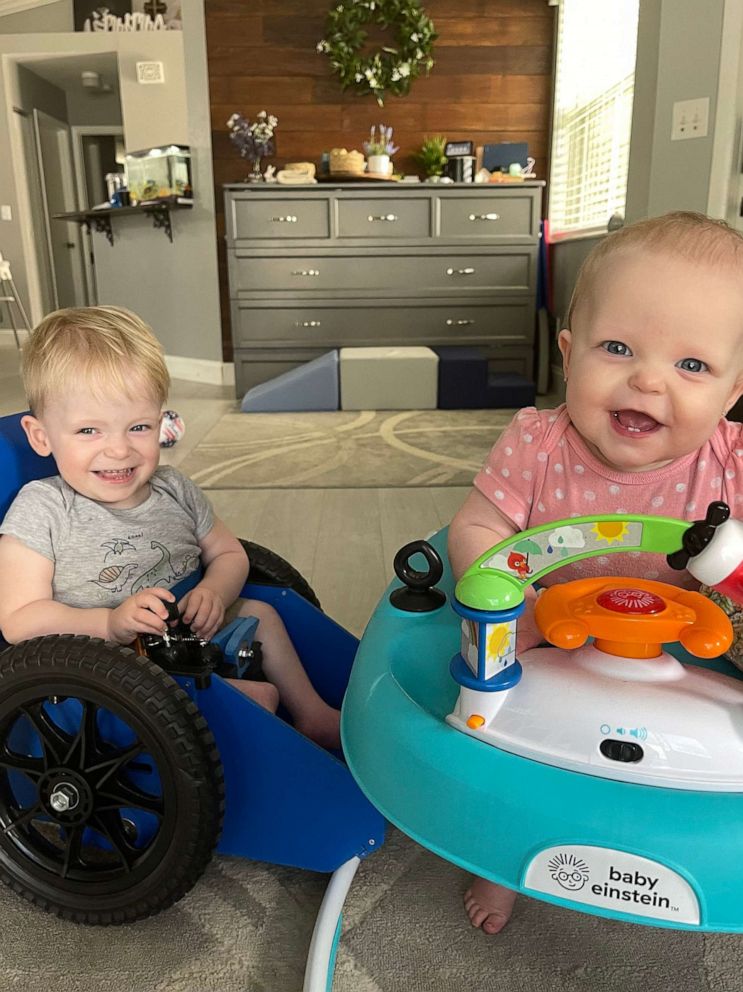 Kassey Jagodzinski
According to their parents, Oakley loves to chase her older brother in his wheelchair and steal his toys.

But with his little blue wheelchair from Frog Mobility, Archer has as active as any toddler.

“It’s called the GoBro,” Jagodzinski revealed. “Once we put him in that one, he just clicked and he figured it out immediately.”

“Once he was able to be mobile, it just exploded because as soon as he started wheeling around, he started rolling over,” she said, adding that he loves to use his wheelchair. “Then as soon as he started doing that, he started to crawl and as he was scooting around on his bottom at the same time, he was into everything and being able to just be like a normal kid, instead of sitting down all the time.” 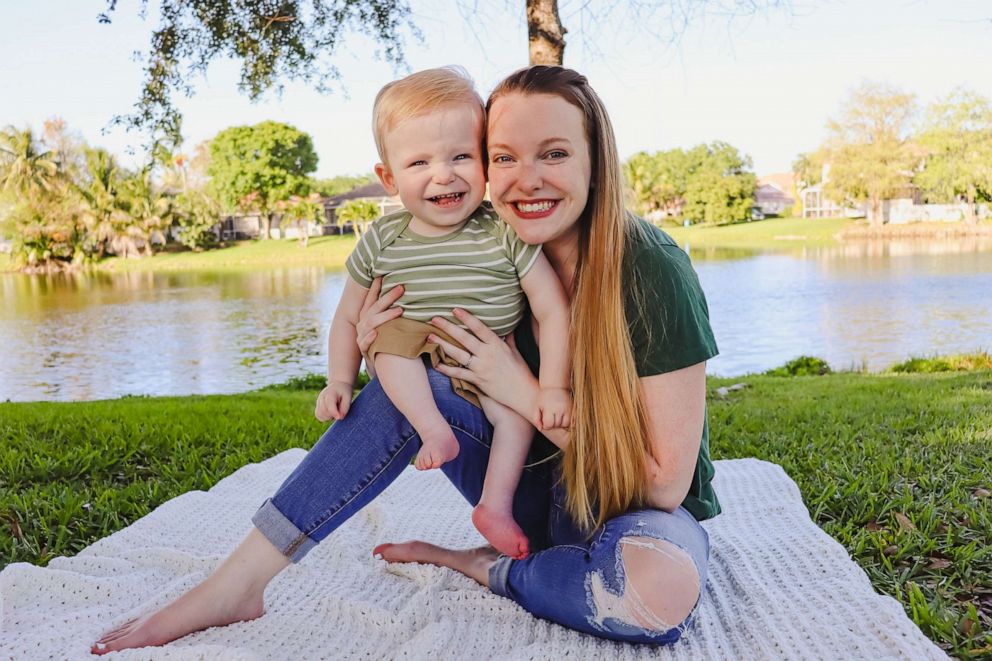 It appears Archer’s not letting anything hold him back.

“He's got a big personality and attitude,” his mother said. “He is super determined to kind of do and get whatever he wants. He's hilarious. He's always making us laugh. He's a talker.”

The Jagodzinskis say the last two years with Archer have been incredibly life changing.

“He's grown so much in just such a short time. He's only two years old and he's the most amazing kid we've ever met,” Kassey Jagodzinski said. “He is stronger than anybody I know. … He was in the NICU for two weeks, so even as a two-week-old little NICU baby, he was just pushing along and he was off his IVs and off his oxygen before they were expecting him to and it's amazing how he just defied the odds.

“We weren't sure what to expect. And he's kind of he's made it a little bit easier on us, but he's just a great kid and he’s super amazing,” she added.