A young single mom who adopted a teenage boy from a foster care is inspiring her community, and "Good Morning America" is honoring the work that she has done this Mother's Day.

Dakota Hemhill, 19, told ABC News that his young life had been "just filled with abuse" before he ended up in the Tulsa Boys' Home, a residential treatment facility for troubled young boys in Oklahoma.

"I'd say that I was more depressed and scared than anything," Dakota told "GMA." 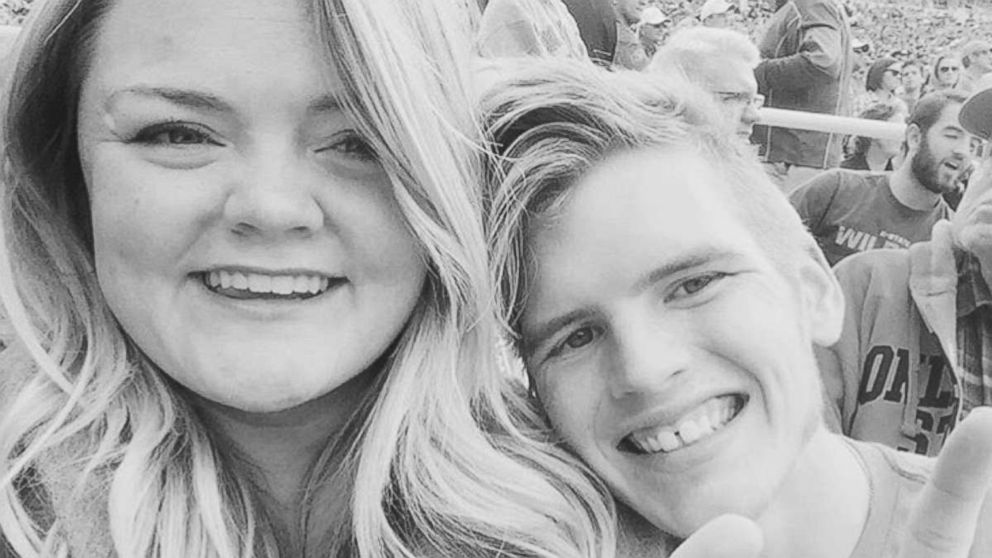 Dakota said his biological parents lost custody of him due to "abuse and other things that happened in our lives."

When Lesley Hemphill, who initially worked at the Tulsa Boys' Home as a volunteer mentor, first met Dakota he was only 15, and he said she immediately seemed like a mother figure to him.

The two soon formed a bond and began spending a lot of time together.

"We'd walk around the track whenever it was nice out," Dakota said, adding they would play "chess and checkers when it rained."

Kim Curtis, a close friend of Lesley's, said that the two would spend hours of time together. 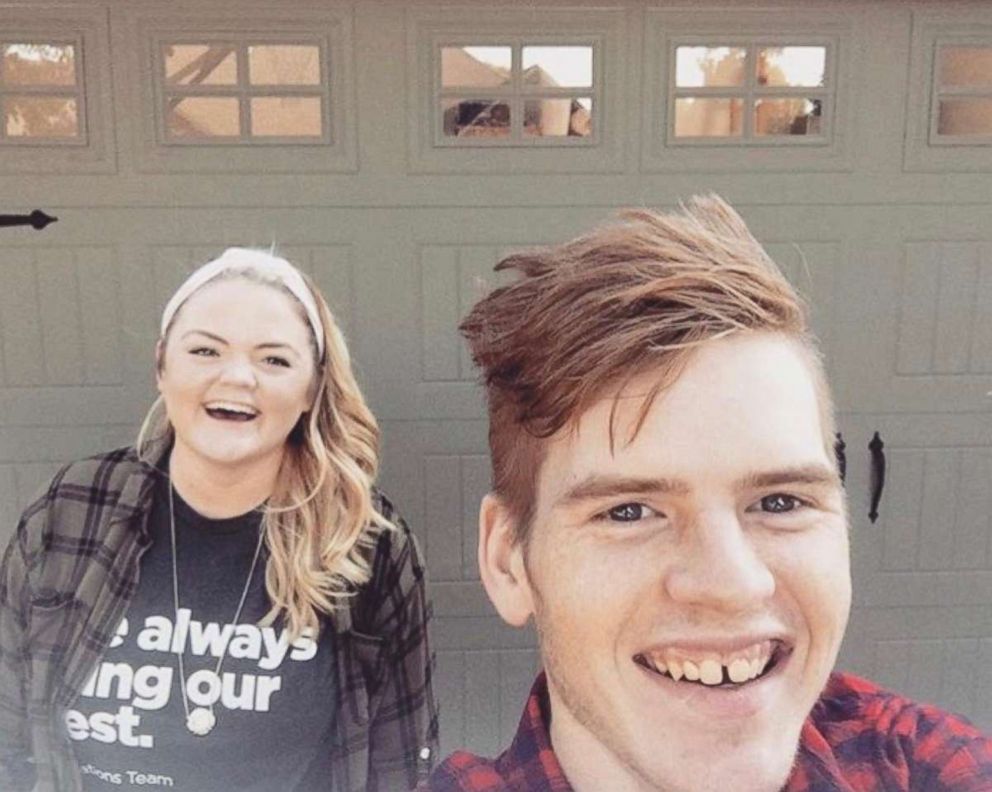 "I remember Lesley telling me, 'I want to be Dakota's mom,'" Curtis said. "'I want to advocate for this young man.'"

After a few months of this, Dakota asked Lesley if she could adopt him, and she agreed.

Nicole Dawson, another one of Lesley's friends added, "She felt like she didn't want him to fall into the cracks."

"She wanted to give him all the things he didn’t have," she said.

The adoption took time, and convincing. Authorities thought Lesley, who was in her mid-20s, was too young to mother a teenager.

"She was willing to do the work and to prove that she was the best mom for Dakota," Dawson said.

In August 2015, a judge finalized the adoption, and Dakota and Lesley officially became a family.

"I got home that night and I was overwhelmed with joy," Dakota said of the day he was adopted.

Growing up in the foster care system, Dakota said that when he finally had a family, he experienced a lot of firsts. 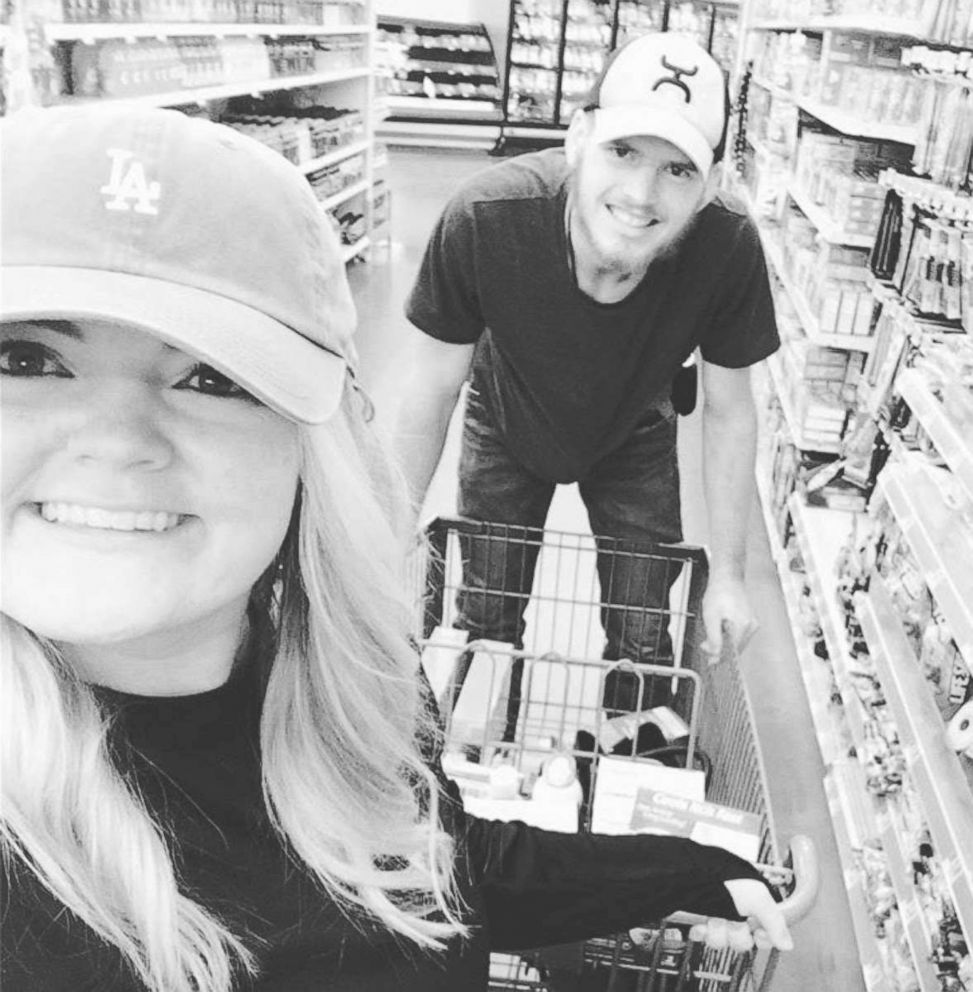 "One was my first dog ... having my first truck," he said. "Being on my first flight to Florida, which was our first vacation, our first miniature golf game.

"I don't think anyone would be able to ask for a better mom," he added. "Just seeing the parent she is teaches me the parent I need to be one day.

Their adoption story also triggered a change in their community, where teen adoption is rare and adopting troubled teens even rarer.

After Dakota's adoption, others seemed to follow in wanting to adopted teenage boys.

Jeff Johnson, a youth minister and volunteer coordinator at Tulsa Boys' Home said that since Dakota's adoption, "We've had more placements in the last three years than we had the 20 years previous to that adoption."

Curtis said that she wants Lesley to know "that she's broken the mold."

"She's a pioneer in this place of motherhood and deciding," she added. "She's one of the many women whose stepped out and said, 'I can do this.'"

Dawson said witnessing the change in her community as a result of the adoption has been astounding.

"It just blows my mind to see that one little momentum that you can get from somebody opening up their heart and their home," she said. "How much that can change and impact so many more people."

Johnson said that to him, "She's really an angel."

“Lesley, I'm just so honored to be here and just to give you special thanks and gratitude for all the selfless sacrifice you make and for really answering the call of motherhood in such a wonderful way,” Drummond told Hemphill. “So I'm just so proud to call you a fellow Oklahoman and thank you for all you do.” 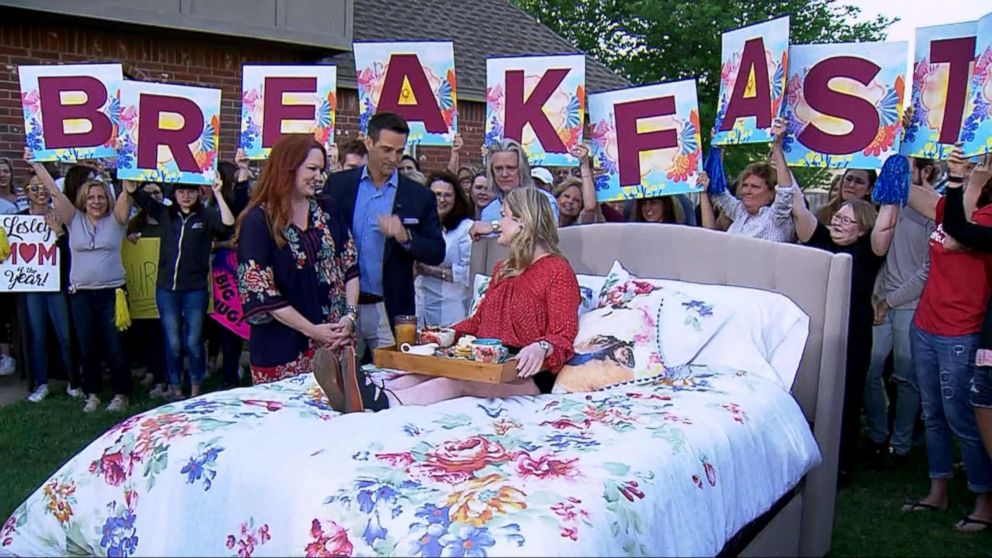 ABC News
"GMA" surprised Lesley Hemphill at her home in Oklahoma with a Mother's Day breakfast in bed giveaway, May 11, 2018.

After surprising Hemphill at her front door, ABC News’ Rob Marciano and Drummond led her to the backyard where a large crowd of family, friends and co-workers were gathered around a cozy bed.

Drummond presented her with a tray of pancakes, cereal, orange juice, coffee and flowers while surrounded by the people she loves as they shared words of encouragement they picked up from her.

“My message would just be to never give up – with an awesome family like this they’ll get you through just about anything,” her adoptive son, Dakota, said.

Drummond, also known as the “pioneer woman,” wanted to make Lesley’s Mother’s Day even more special and extended an invite for a weekend getaway to her newly opened cowboy luxury hotel. “I would love for you to come up to Pawhuska, our boarding house, for a two-night stay – and you can also have dinner at my restaurant, the Mercantile, and a $500 shopping trip,” Drummond offered.

In addition, "GMA" sponsor J.C. Penney was so touched by Lesley's story that they decided to make a $10,000 donation to the Tulsa Boys' Home.

Cheers to Lesley, her incredible family, members of her community, and Ree Drummond @thepioneerwoman who pulled off an amazing #MothersDay surprise in Broken Arrow, OK this morning. Make it a great day, America! pic.twitter.com/HDplTAYOMa

You can get more information on adoption on the U.S. Department of Health and Human Services' Child Welfare Information Gateway website.