An unexpected budget surplus in the 2021-22 fiscal year acted as a catalyst to serve free lunches to 6.2 million public school students in California.

Starting this fall when schools and classrooms reopen, all students regardless of their family's income will have the option to eat school meals for free. 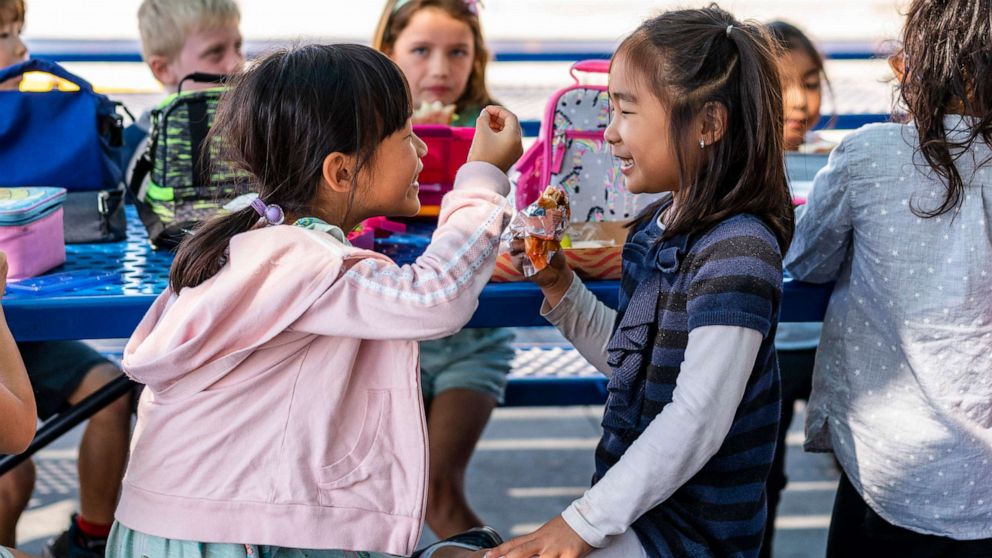 "I am excited about the interconnected nature of these historic investments that move forward universal access to school meals for all students, universal preschool, and afterschool expanded learning programs, such as the Expanded Learning Opportunities Program—all critical areas in ensuring equitable opportunities for California’s students,” State Superintendent of Public Instruction Tony Thurmond said in a statement.

After a year of uncertainty around the U.S. with new initiatives, waiver extensions and a to-go program to help families gain access to meals for their children and prevent the stigma of accepting free lunches, this marks the largest free student lunch program in the country.

When classrooms in California reopen this fall, all 6.2 million public school students will have the option to eat school meals for free, regardless of their family’s income. An unexpected budget surplus is making the undertaking possible. https://t.co/WhMuUwEnpm

"This is so historic. It's beyond life-changing," Erin Primer, director of food services for the San Luis Coastal Unified School District on California's central coast said in a statement. 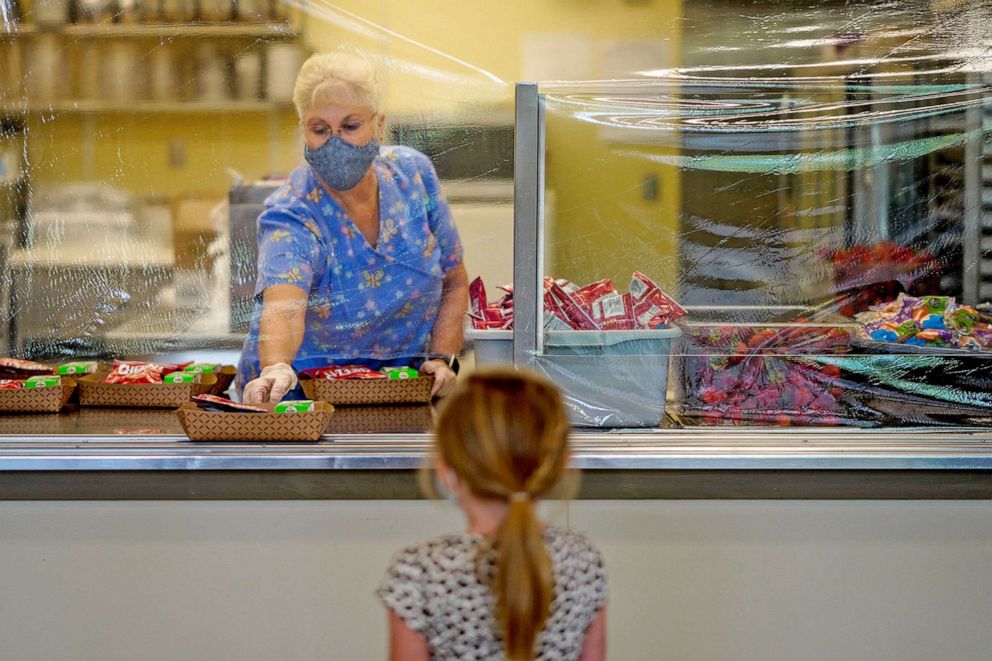 Kent Nishimura/Los Angeles Times via Getty Images, FILE.
A cafeteria worker passes out lunches at Weaverville Elementary school on Aug. 17, 2020 in Weaverville, Calif.
Free lunch may not be enough to aid hunger as pandemic impacts food security in US

While other major cities including New York, Boston and Chicago have free school meals in place, statewide universal meal programs have been called too costly and unrealistic.

Late last month, California was the first state to adopt a universal program, followed shortly after by Maine which created a similar plan.

"We've completely leveled the playing field when it comes to school food," Primer said, adding that this funding will allow her to offer "tastier, better quality food such as fresh bread, produce and cheese from local producers."

According to the USDA Food and Nutrition service, a family of four must make less than $34,000 a year to qualify for free meals and $48,000 to qualify for reduced-price meals. While caps shift annually, it's based on federal poverty measures that don't take into account taxes and high cost of living in California.

Over 200 organizations back the "School Meals for All" coalition, including longtime universal free meals advocate Sen. Nancy Skinner and other lawmakers, and have pushed for funding in the state budget to gain momentum.

The $262 billion budget provides $54 million for the coming school year, supplementing funding from the Biden administration through June 2022. After that, California will spend $650 million annually.