Flan, popular in parts of Europe and Latin America, is a custard dessert with a thin layer of caramel sauce on top. While it's traditionally made with eggs, milk, and sugar, Latin American recipes often incorporate ingredients like coconut, condensed milk and evaporated milk as well, and it may be flavored with fruits and nuts. 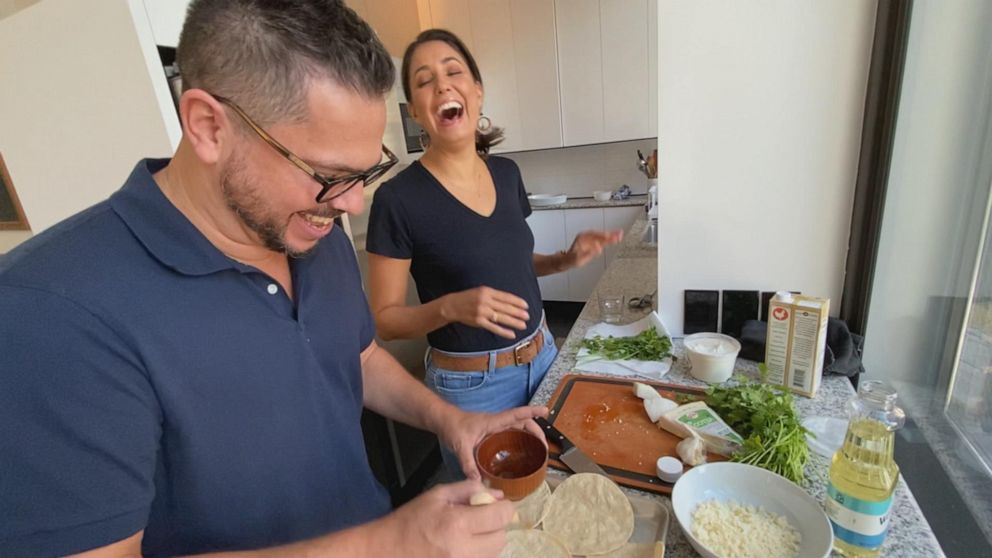 Orso and his mom Julia adapted this silky Dominican custard from a recipe by Ligia De Bornia, from the cookbook "La Cocina Dominicana."

Check out the full recipe below. 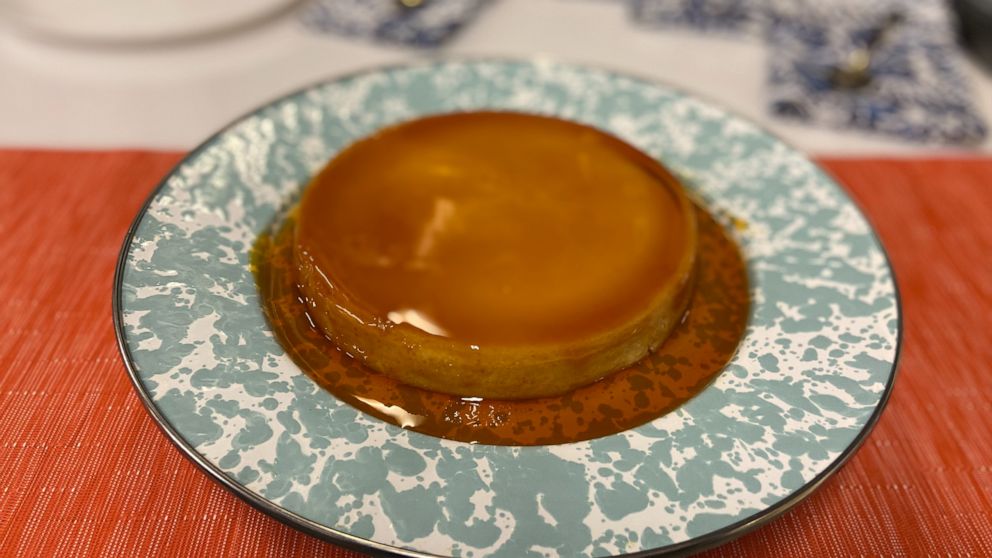 Caramelize the sugar in a pan with about 1/4 cup of water. If you add a little more, it's fine, it just might take a bit longer to thicken. Don't let the sugar burn!

When done, remove from heat and swirl the caramelized sugar around, making sure to completely cover the sides of the pan. Set aside.

In another bowl, use a hand whisk to mix can of condensed milk, 1 cup whole milk, 3 eggs and 4 tablespoons of vanilla extract. Whisk until the condensed milk is completely dissolved and there is no hint of egg yolk.

Add the condensed milk mix to the pan with caramelized sugar.

Turn burner to medium and heat a pot of water to a gentle boil. Nestle the pan on top of the bubbling water to create a double boiler.

Cook covered for 35 minutes. At 30 minutes, start checking for consistency. You want the flan slightly jiggly but not liquid or runny.

Remove from heat, and let it cool down. Remember, it will continue to cook a bit as it cools down, so be sure to take it off the heat when it looks just set.

After it cools completely, loosen the edges with a clean butter knife. Put a flat plate, upside down, over the flan still nestled in the shallow pan, then flip it so the flan is now on the plate. All the caramel in the pan should be drizzled over the flan.

Refrigerate for at least 4 hours. The flan will last for up to a week, if you can resist eating the whole thing on day one. It does get better on the second day, so it's a great dessert to make ahead.