It was never just a phase. The fried chicken sandwich craze is as popular in 2021 as it was when the trend first hatched.

From a limited-time item that broke the internet to what has become a permanent menu fixture, fast-food chains developed and tested riffs on the trendy sandwich and have engaged in an all-out food fight over whose crispy chicken sandwiches reign supreme. 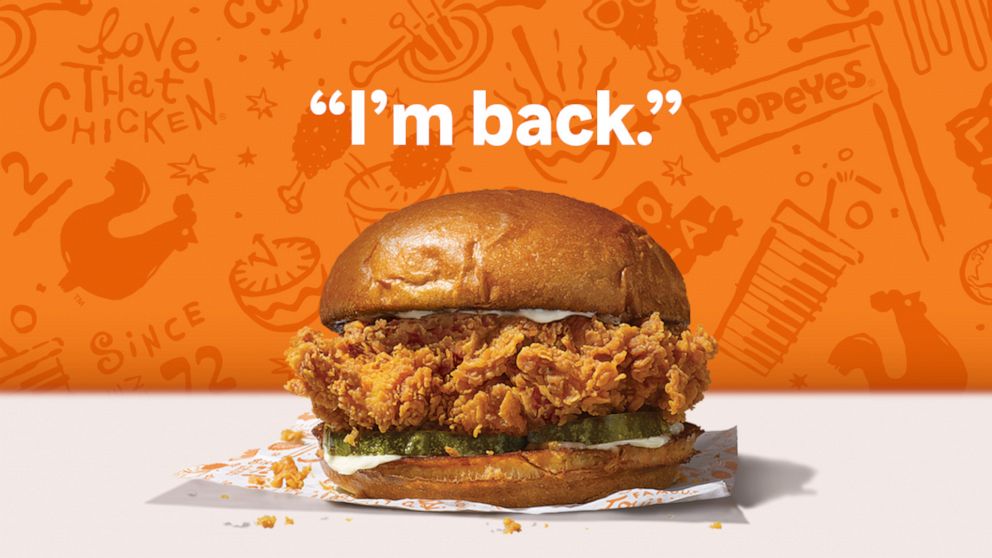 Popeyes
Popeyes announced its popular chicken sandwich will be back on the menu Sunday Nov. 3.

How we got here 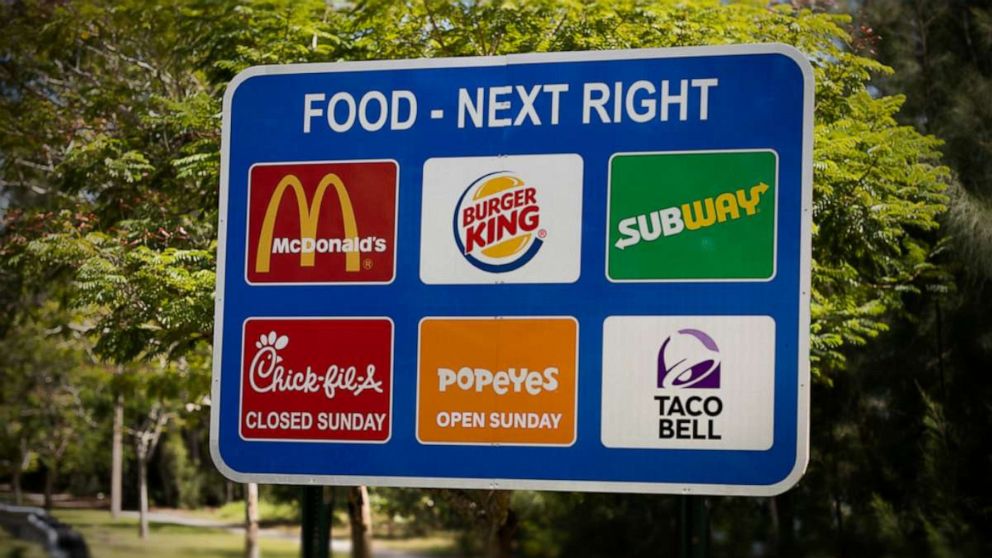 Popeyes Chicken
Popeyes announced its popular chicken sandwich will be back on the menu Sunday Nov. 3.

It was late summer 2019. Popeyes couldn't form complete sentences on Twitter, and fans began to fight over the cult-favorite fried chicken that was selling out faster than you could say brioche bun.

After going viral online with customer demand soaring, the new item became a catalyst for competition. The battle was joined by KFC, Chick-fil-A, Wendy's, Burger King, McDonald's and more that have announced upgraded or debuted new versions of previous chicken sandwich iterations.

Trolling with the punches 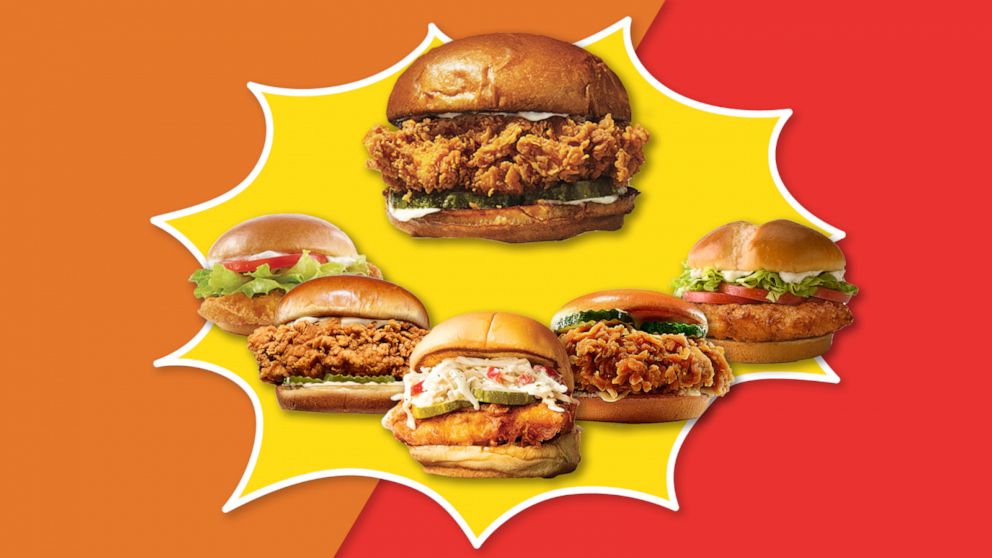 From Chick-fil-A calling out Popeyes when they ran low on their product -- even going so far as to suggest a BYOB (bring your own bun) solution -- to quick witted rebutals from chains that didn't yet have a product to face off with, social media caused quite a stir over #chickensandwichwars.

"It’s a two-for-one market research and intelligence punch. So while the chicken category is quickly establishing itself as a permanent contender as a menu offering, the marketing tactics that it proved are definitely here to stay, too," she explained. "And they are just as applicable to the next hot thing."

Y’all out here fighting about which of these fools has the second best chicken sandwich. pic.twitter.com/4v9RJFgy0T

Bottom line, the banter is fun, which Kahnrose said "is hard to come by these days."

"It feels a bit scandalous when massive, established brands use the kinds of language, trolling and urban dictionary approach on social media that people do, and that surprise factor creates a connection between brands and consumers," she said. "It’s unstuffy, current, and allows them to participate. Everyone likes to be in on the joke."

Most recently, Popeyes took on the Golden Arches with a promotion to give away a free chicken sandwich to 500 people who misspelled the McDonald's early access website URL for their chicken sandwich launch on Feb. 18.

The Popeyes team found the 50 most likely ways to misspell the early access website and obtained those domains to redirect hungry customers to a Popeyes page instead with a code for a free Popeyes Chicken Sandwich. 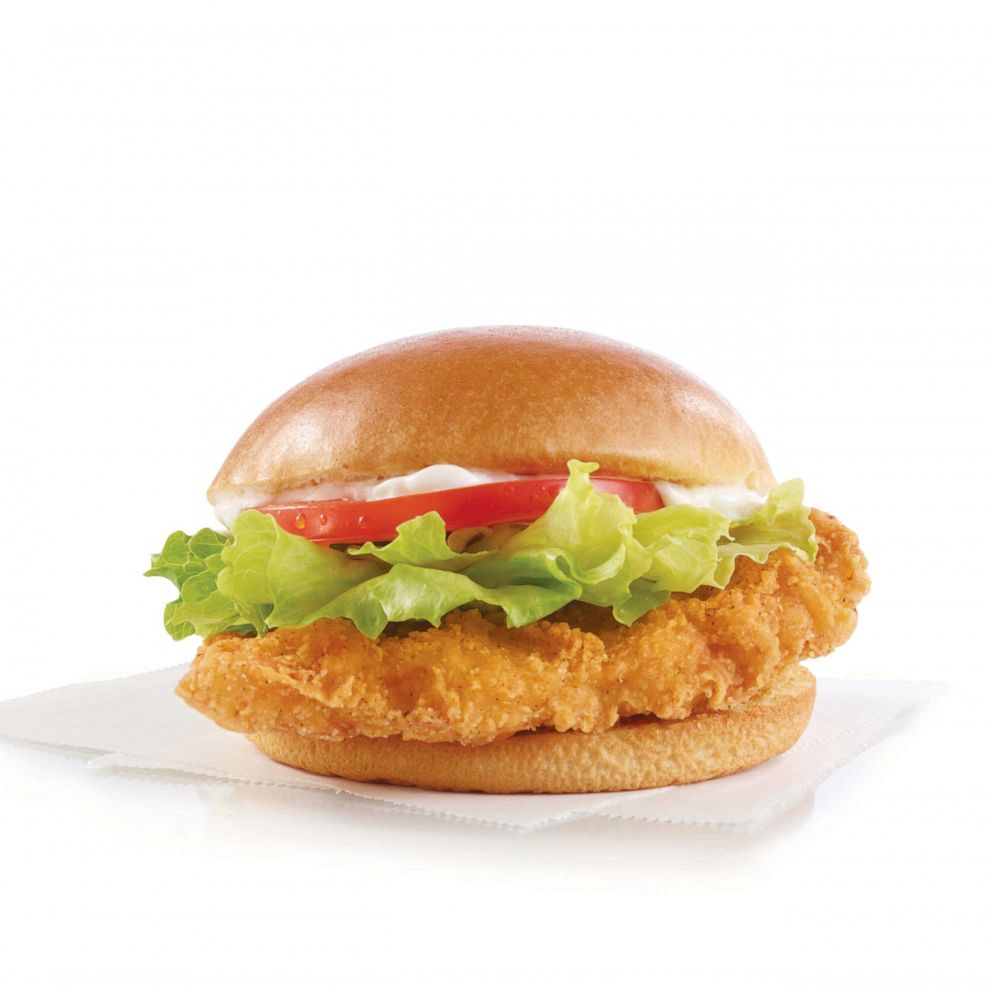 Now we're living in a post-Popeyes era with an array of other ordering options. Sure, Chick-fil-A still proudly markets itself as the inventor of the chicken sandwich, but other beloved fast-food chains like McDonald's and Burger King have beefed up their chicken offerings to compete with the powerhouse players like Popeyes and KFC.

Hand-battered or breaded, spicy seasoned or classic buttermilk, what kind of pickles, brioche vs. potato bun, these are just a smattering of the various questions test kitchen teams asked themselves when deciding on their perfect preparation, flavor and texture combinations for their new products.

"We know our customers are craving really great chicken sandwiches. And to deliver an elevated experience, we took the time to get our new Crispy, Spicy and Deluxe Crispy Chicken Sandwiches right," Lauren Schultz, McDonald’s Senior Director, Brand and Menu Strategy told "GMA." 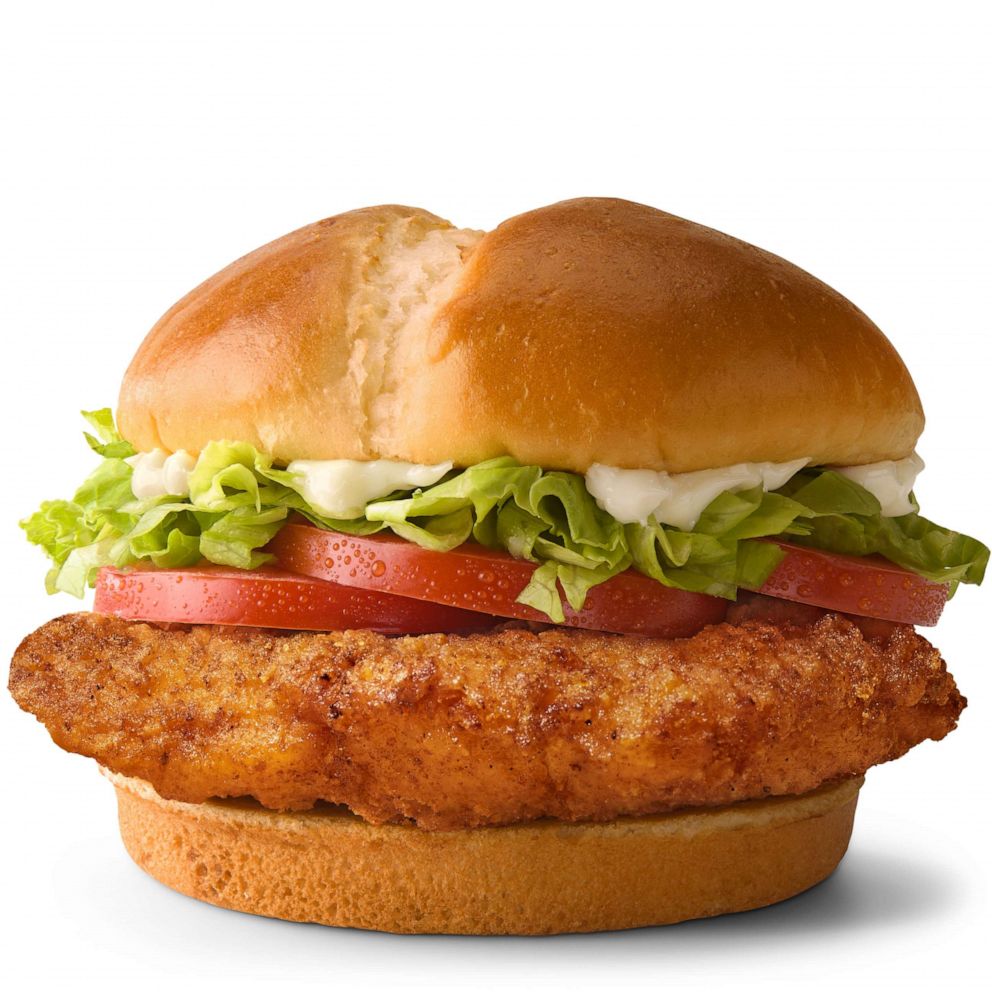 McDonald's
The new deluxe crispy chicken sandwich at McDonald's will be available nationwide on Feb. 24.

"This has been years in the making, in partnership with our operators and suppliers," she said. "And we think this work will pay off – these new Crispy Chicken Sandwiches stack up with some of our best, and most iconic, sandwiches. I truly can’t wait for our customers to try it – whether they get an early taste from our Crispy Chicken Sandwich Drop or try it for the first time on Feb. 24 at restaurants nationwide.” 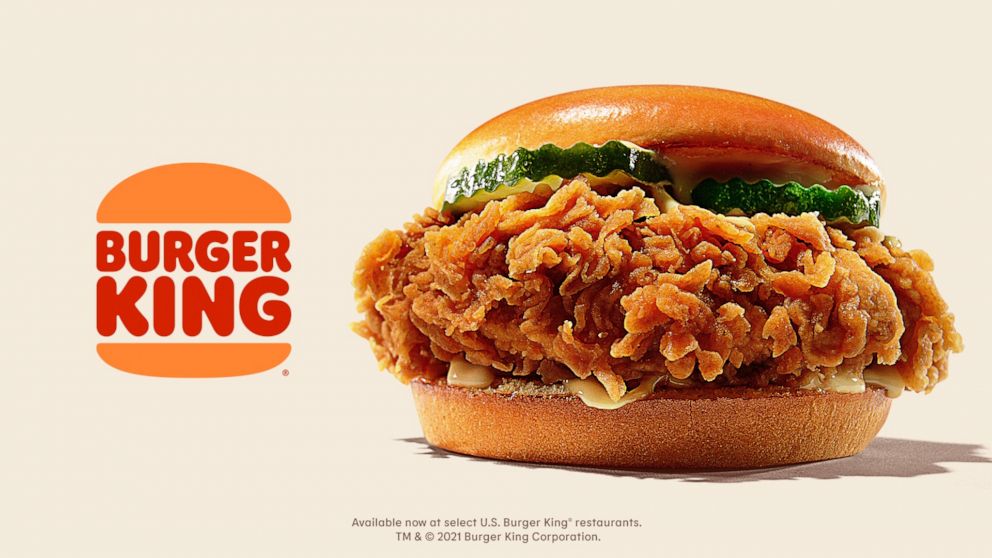 "We’ve been working on our hand-breaded chicken sandwich since 2019 and not-so-secretly testing the product since Sept. 2020," the fast-food restaurant announced in a press release on Wednesday. "Since we aren’t down to half a** the process, we plan to introduce our sandwich later this year. We promise it will be worth the wait."

The sandwich that has yet to get an official launch date is made with a thick cut of white meat chicken breast hand breaded on a toasted potato bun with deli pickles and a signature sauce.

Hey you! Yeah you! You look hungry for the greatest fried chicken sandwich ever made. So go to https://t.co/XqOBJCY3p2 to see if it’s available near you. If it’s not, just keep refreshing the page until it is. pic.twitter.com/GgTpVuUNwm

The Colonel has stepped into battle with a new and improved offering of its own after a wildly successful test run last spring in Orlando that "nearly doubled sales expectations," KFC's chief marketing officer Andrea Zahumensky said. "We knew that we had a winner."

In January, the new KFC chicken sandwich officially flew the coup in select cities including Chicago, Kansas City, Louisville and Portland for a first taste. Fried chicken sandwich enthusiasts can click here to track when it's available at their local KFC. 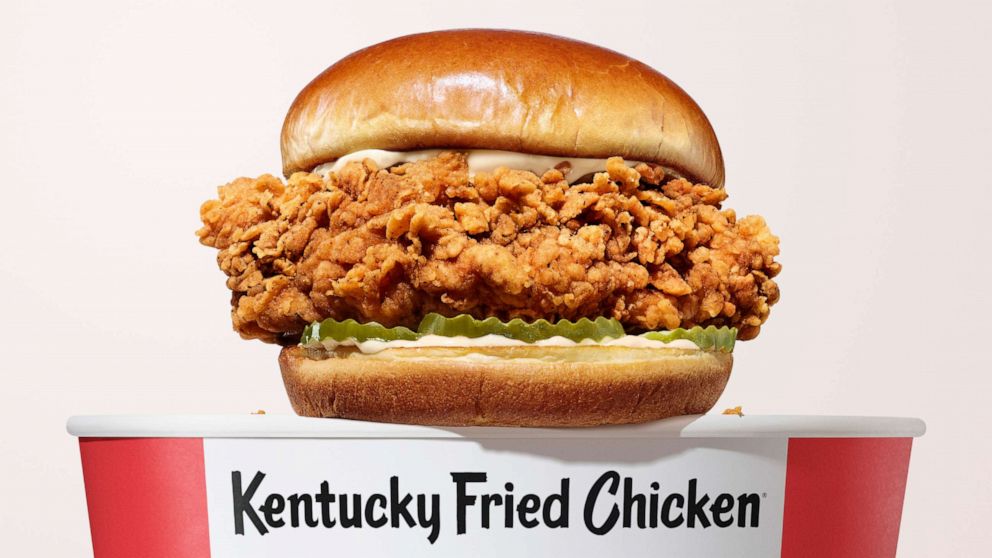 The sandwich is made fresh to order, features a quarter-pound, all-white meat, double-breaded, extra crispy chicken breast filet on a freshly toasted buttery brioche bun with thick pickles -- the food innovation team tested the pickles against eight variations -- and mayo or spicy sauce. It rings up at $3.99 à la carte or as part of a combo meal with a side of fries and a medium drink, for $6.99 plus tax.

"Many customers hadn't considered KFC as a part of the chicken sandwich conversation, but anyone who tastes this sandwich will know, without a doubt, that we're playing to win," Zahumensky said. 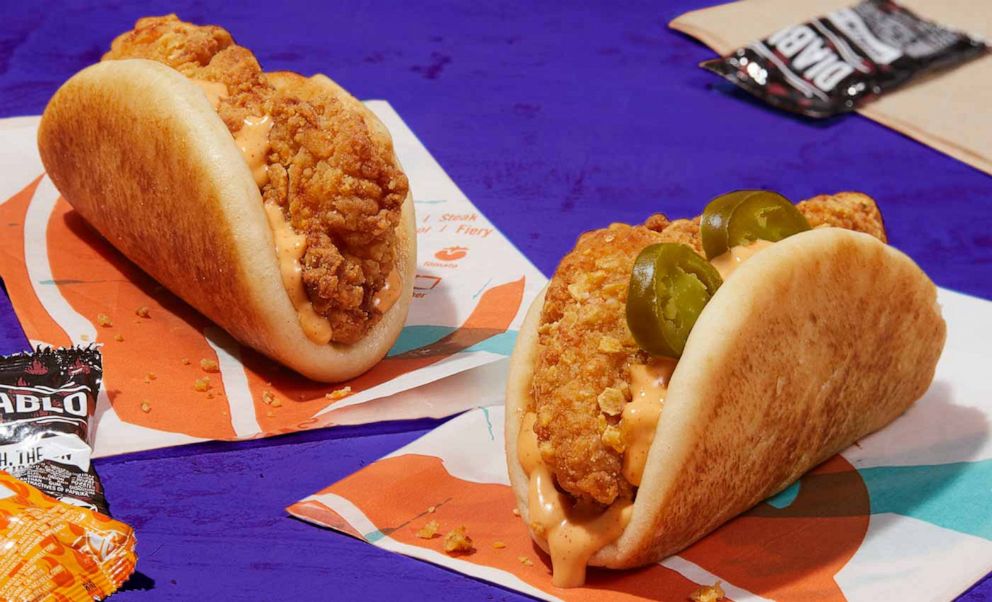 Without a potato or brioche bun, this "disruptive" take on the fried chicken trend claims to be both a sandwich and a taco due to its "puffy bread, shaped in an iconic taco form."

"It doesn’t have to explain itself to be this delicious," the fast-food chain said in a statement.

The new menu item made with white meat chicken that's marinated in jalapeno buttermilk and seasoned with Mexican spices then rolled in a crunchy tortilla chips will debut March 11 in Nashville and Charlotte before a full nationwide rollout later this year. It will be offered in both a regular and spicy version for $2.49.

Who's in the lead?

2021 kicked off with more menu announcements from burger chains, like a limited-time Korean-Style Fried Chick’n sandwich from Shake Shack.

We need a minute... ⬇️ 🤤 Glazed with gochujang over a bed of white kimchi slaw (made with @choiskimchi) + topped with toasted sesame seeds... you're not going to want to miss our Korean-Style Fried Chick'n. Learn more about our Korean-Inspired Menu here: https://t.co/hLl3jZHoqy pic.twitter.com/cmxj5W4D2e

Despite a 23% slump in visits to fast-food restaurants, fried chicken chains only had a 6% reduction and outperformed burger chains, which saw a 15% downturn during the pandemic, according to a report from TOP Data that analyzed GPS tracking data and consumer spending data at the seven largest fried chicken restaurant chains.

Among those popular fried chicken-focused restaurants, TOP Data concluded that KFC is currently winning the appropriately dubbed "Chicken wars" across the U.S., coming out on top in 14 states.