A recent headline claimed compostable bowls from popular restaurant chains like Chipotle and Sweetgreen contain PFAS chemicals that may be bad for environmental and consumer health.

Here, we break down what we know to be true and false about these chemicals in light of that report. 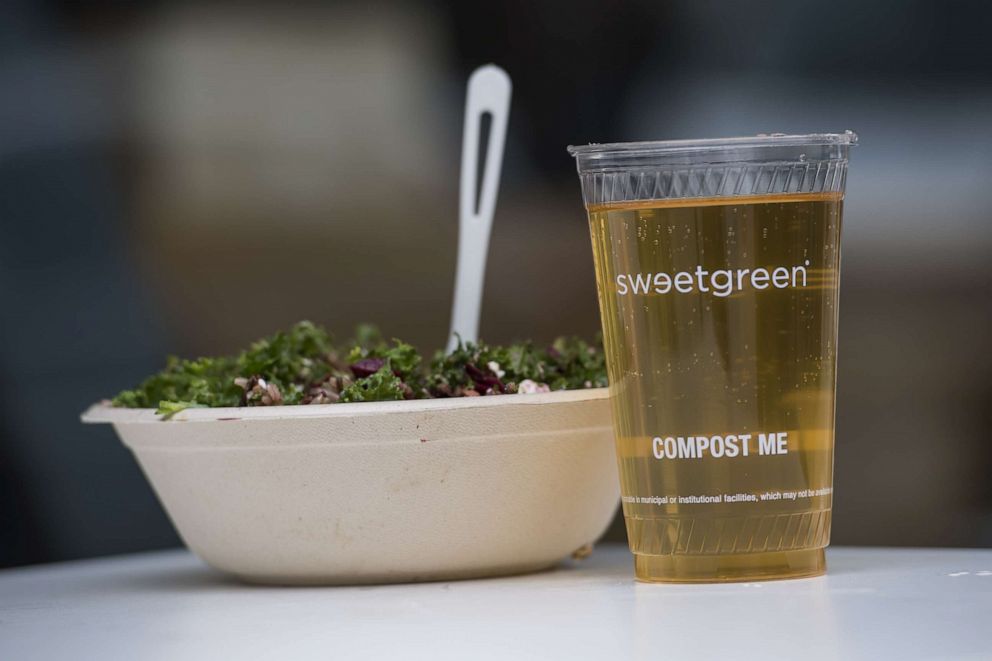 David Paul Morris/Bloomberg via Getty Images
A salad and drink are arranged for a photograph outside a Sweetgreen Inc. restaurant in San Francisco, California, U.S., on Tuesday, May 16, 2017.

The non-profit, food-focused investigative website New Food Economy (NFE) released a report earlier this week that built a case claiming that moldable food containers are not as good for the environment, nor as safe for humans as people may think, because they contain polyfluoroalkyl substances (PFAS).

PFAS are man-made chemicals that persist in the environment for a long time and are used in various industries around the world. If exposed in sufficient levels, PFAS can pose health risks to humans.

While the report's claims on potential environmental risks may hold true -- that high levels of fluorine indicate that these products may not be 100% compostable -- the NFE’s investigation is insufficient to conclude that PFAS in food containers are definitively harmful to humans.

Features editor, Joe Fassler, who wrote the NFE report told ABC News that "these are substances of extreme concerns to scientists, but a lot is unknown" and more research needs to be done.

"Our testing did not determine which specific compounds are present in molded fiber products, or link bowls to any specific health outcome," Fassler said. "We only determined that these products definitely contain PFAS in some form, and that further study is necessary."

Why claims of the bowls harmful impact on humans could prove false:

The study did not directly measure the presence, amount, or type of PFAS in containers. Instead, it measured the amount of fluorine as a way to gauge the presence of PFAS.

The extent to which humans may be at risk likely depends on the amount and type of PFAS involved.

There would likely need to be an additional, more comprehensive study to know the extent to which the various fiber bowls tested posed a threat to humans.

(MORE: 7 tips to practice food sustainability and stop waste in your kitchen) 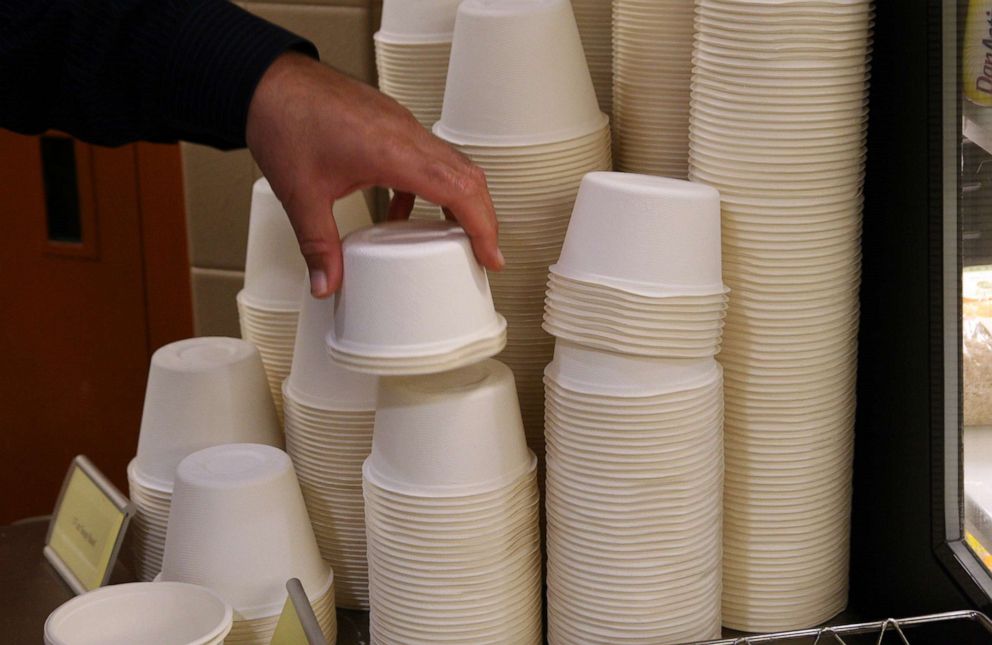 There is limited evidence that suggests links from PFAS exposure to low infant birth weights, effects on thyroid hormones and the immune system, and even cancer.

PFAS primarily accumulates in water systems like oceans and groundwater, but, as yet, there is not much evidence or data on how the compounds themselves can negatively harm the environment.

Most of the information in reports from the CDC (Centers for Disease Control and Prevention) and the EPA (United States Environmental Protection Agency) centered around its effects on humans.

The compostable questions seems like more of an environmental issue that could later have public health implications if allowed to accumulate over time, because of the amplifying impact if the chemicals are introduced to compost that is later used to grow food.

Fassler agreed that "the issue isn’t so much that you’re going to have exposure through the food you’re eating from the bowl -- but it’s more because it’s that it will get exposed to the water in the compost facilities."

Although NFE’s sample testing method appears to be in line with a previous study that looked at PFAS in food containers, their results do not absolutely confirm the presence, amount or type of PFASs in the containers.

"We’ve begun putting together what is required to do the additional test which then tests for the specific PFAS to detect whether it’s the short chain or long chain PFAS that are showing [in the samples]," Cox said.

Even if a subsequent study followed, in general it would remain unclear how much of the PFAS chemicals would actually make it into our bodies.

PFAS' ability to get in to foods depends on several different factors, including temperature and even what kind of food is in the container.

More research is needed to understand if PFAS transferring from packaging into food is a serious source of exposure to humans.

"Many of the more dangerous, long-chain varieties of PFAS, the kinds linked to various cancers, thyroid disorders, and other adverse health outcomes, have been banned by FDA or voluntarily phased out by industry," Fassler explained. "Long-chain PFAS should not be present in fiber bowls if manufacturers are following U.S. regulations."

Chipotle responded to the NFE report with a statement that referred back to their company's sustainabiilty report.

"As evidenced in Chipotle's Sustainability Report, we are committed to using safe and sustainable food packaging and only partner with suppliers who make fluorochemical sciences and food safety a top priority. These suppliers operate under strict guidelines set forth by the FDA, and have all provided Chipotle with certification that all raw material and finished pulp products fully meet regulatory requirements," the statement said, referring to the U.S. Food and Drug Administration (FDA).

NFE tested fiber bowls from 14 locations of 8 different New York City restaurants, including Chipotle, Dig Inn and Sweetgreen. Experts who conducted the testing said that all of the samples contained high levels of fluorine, which they believe indicated treatment with PFAS.