One lucky Taylor Swift fan with a sweet tooth could be in for an epic present this holiday season.

The owners of an Atlantic City dessert and cocktail spot Bar32 Chocolate created thousands of limited-edition Taylor Swift chocolate bars to give fans a chance to win tickets to her upcoming Era's tour.

"Since opening Bar32, my business partner Mark Callazzo and I have been looking for the opportunity to do [a] 'Wonka' style golden ticket opportunity," Lee Sanchez, one of the Bar32 owners, told "Good Morning America." "We both grew up on the ['Charlie and the Chocolate Factory'] book and [the 'Willy Wonka and the Chocolate Factory'] movie and it just seemed right. The only question was what was the contest?" 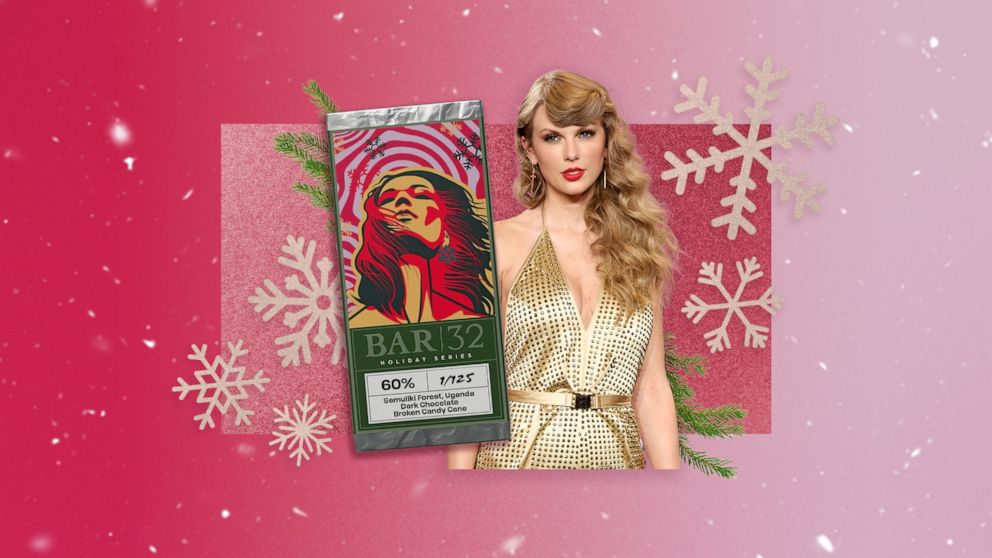 He continued, "Fast forward to Taylor Swift -- Mark calls me and says, 'What do you think about doing a 'golden ticket' contest for the Taylor Swift fans who got shut out of getting tickets to their idol's concert in Philly?' Boom -- chocolate bar golden ticket idea born."

The partners purchased two tickets to Swift's Philadelphia show on May 13, 2023, from a third-party vendor and got to work.

The team whipped up 3,000 limited edition 60% dark chocolate bars, made with beans sourced from the Semliki Forest of Uganda and broken candy cane pieces inside.

"Each bean-to-bar chocolate bar has a number," Sanchez said. "That number is tied to the purchaser's name and order."

On Christmas day, the Bar32 team will select the lucky winner of two tickets from a drawing via Instagram Live.

Sanchez said they "can't wait for fans to try this special chocolate bar," which has already sold out.

"We expected the sell-out knowing how coveted the Taylor Swift tickets are," Sanchez said. "It's a win-win because you can't lose -- even if you don't get the concert tickets you still have great stocking stuffer chocolate bars. And we win at Bar 32 because we can't wait for new customers to taste our chocolate."

"To be able to tie it to making dreams come true, a la Willy Wonka in the movie, this is just pure holiday magic," he added.