In a shift toward sustainability Epicurious has officially 86'd beef from its list of ingredients.

The popular digital food and cooking brand run by Conde Nast announced Monday, "We’ve cut out beef. Beef won’t appear in new Epicurious recipes, articles, or newsletters. It will not show up on our homepage. It will be absent from our Instagram feed." 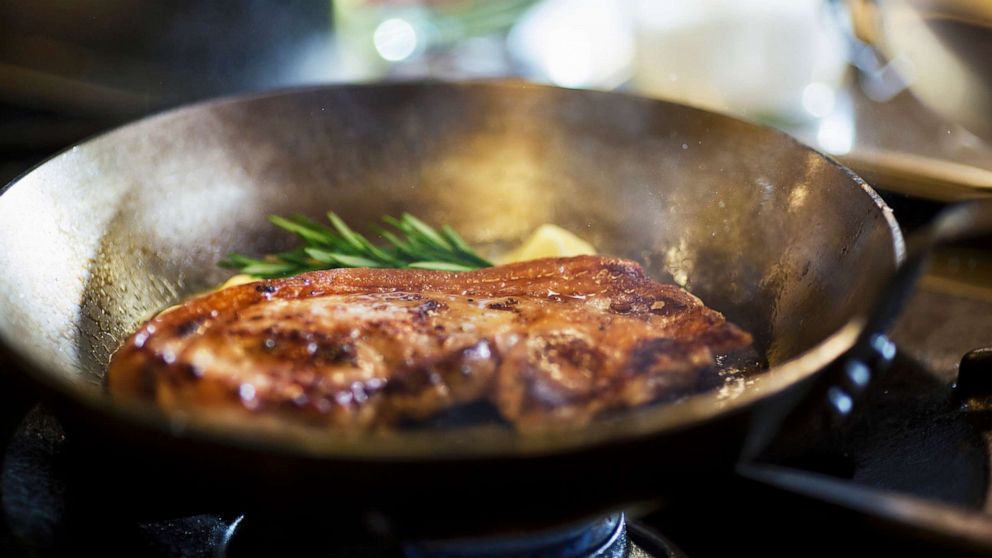 STOCK PHOTO/Getty Images
Steak cooking in a skillet with butter and herbs.

"It might not feel like much, but cutting out just a single ingredient -- beef -- can have an outsize impact on making a person’s cooking more environmentally friendly," the team said in the article.

Nearly 15% of global greenhouse gas emissions in the world come from livestock and cattle are responsible for the majority -- 65% of those emissions, according to the United Nations' Food and Agriculture Organization. 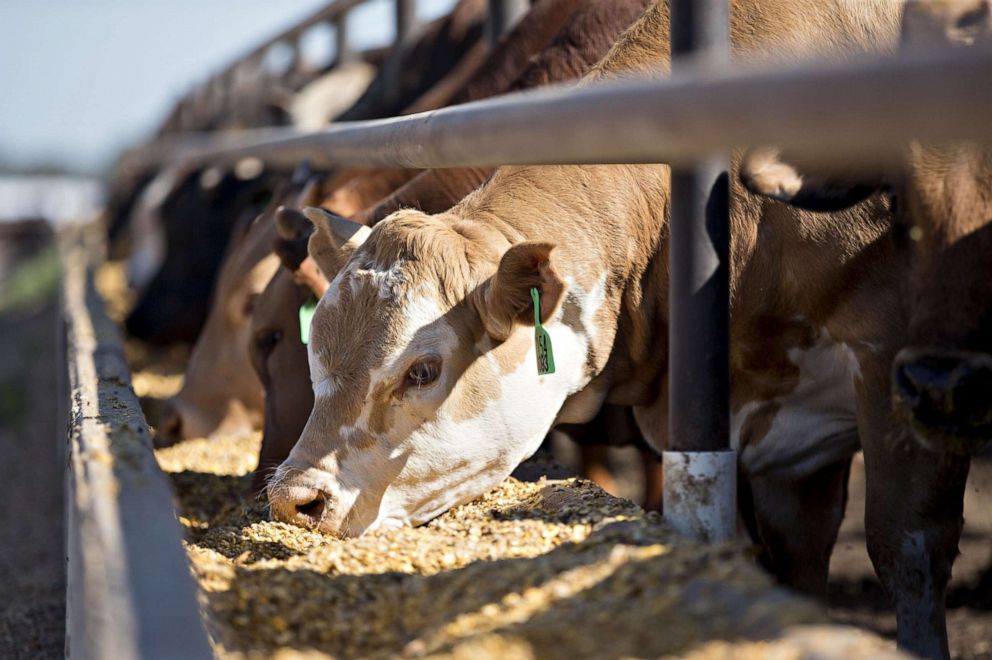 Bloomberg via Getty Images, FILE
Beef cattle eat grain-based rations at a ranch in Texas, May 7, 2018.

Epicurious recognized that "eschewing beef is not a silver bullet" but added that "in a food system so broken, almost no choice is perfect."

"Why announce our decision now? While beef consumption in the U.S. is significantly down from where it was 30 years ago, it has been slowly creeping up in the past few years," the editors wrote. "The conversation about sustainable cooking clearly needs to be louder; this policy is our contribution to that conversation."

Despite the explanation behind their new position, the news has served up mixed reviews online.

Nadra Nittle, a contributing writer for Eater told "Good Morning America" that the move signals the brand is taking climate change seriously. "This could give them some support from the socially conscious consumers, especially young people," she said.

Best selling cookbook author Hetty McKinnon commented on the Instagram post with the news, writing, "this is one of the best decisions and the world thanks you." 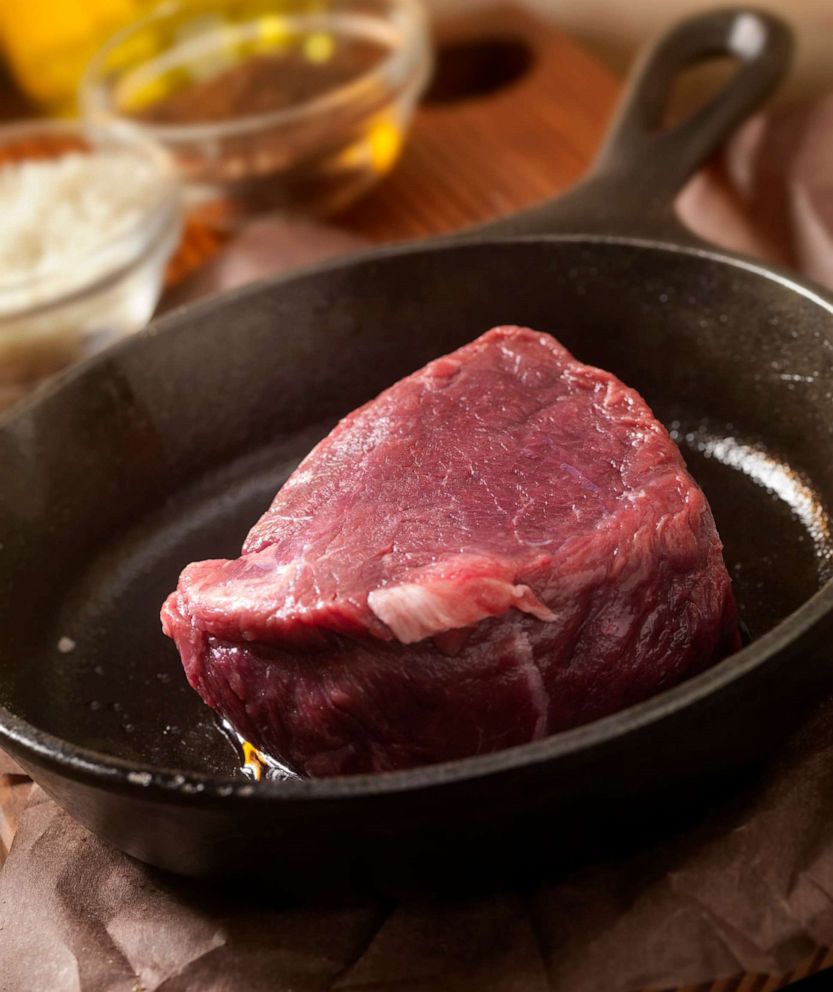 STOCK PHOTO/Getty Images
Steak fillet is prepared to be cooked in a cast iron skillet.

But in the same thread, New York City executive chef and restaurateur Angie Mar -- well known for her chophouse The Beatrice Inn that permanently shuttered amid the pandemic -- called the action "one of the most short sighted, idiotic things I've ever seen."

"Not using your platform to educate people on sustainable farming versus industrial farming, the impact that we have on small, local, farming communities, and the CHEFS that support them and the eco system that those small farms are a part of," Mar continued, further stating that she thinks it is a "disservice to consumers who are looking to you for guidance."

"Critics of Epicurious' move could argue that beef consumption, that cattle itself isn't the problem, the problem is our animal agriculture system," Nittle added. "That if we chose sustainable ways of growing cattle that the beef consumption could thrive without harming the planet"

Epicurious had quietly halted new beef recipes for the last year, but reassured readers the content from 2019 and before are all still on the site. 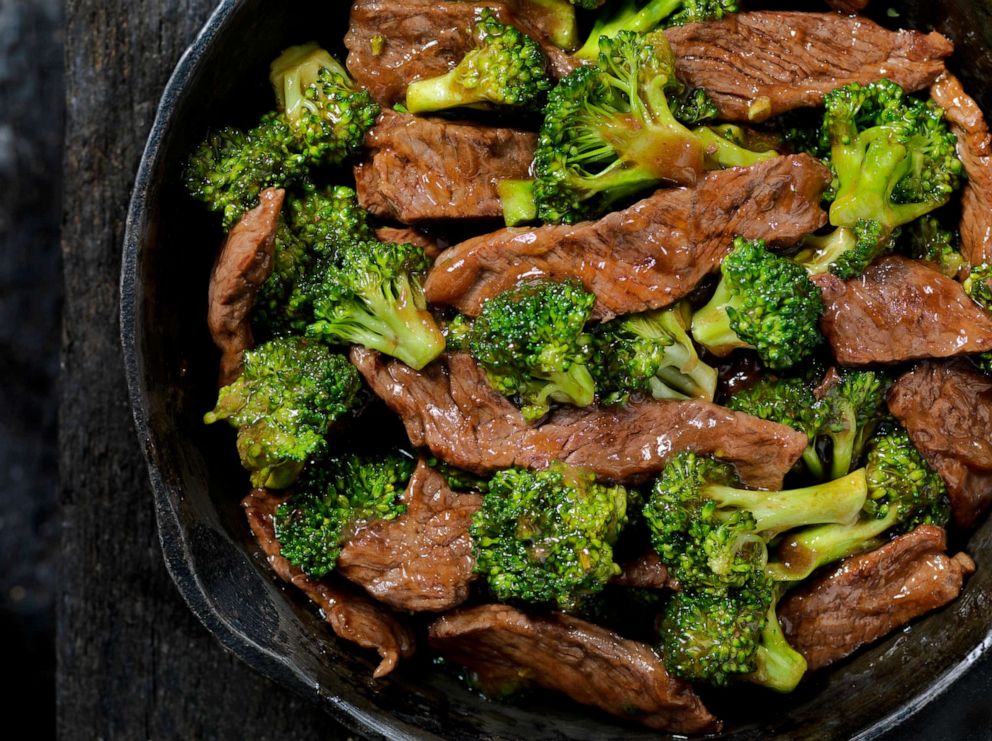 "Our announcement today is simply us loudly (and proudly!) letting you, the home cook, know about a step we’re taking," the editors said, adding they hope to see more American food media follow suit.