Welcome to 2021, where cooking at home is still a hotter trend than dining out and food bloggers continuously fill social media feeds with hunger-inducing, drool-worthy recipes.

While cooking in our own kitchens certainly had a glow up amid an otherwise dreary year, content creators like Tiffy Chen honed in on social media platforms to share their passion for food with new attentive, eager-to-learn and eat audiences.

To kick off the new year, Chen told "Good Morning America" she created a new series, "Cooking 20-Minute Dinner for 21 Days," that focuses on "ingredients that are easy to find and easy to incorporate in other recipes so there's no wasting other food."

"I've done a lot of different cooking series," she said. From 15-minute meals to street foods, soups, desserts and more, Chen said she has cooked up a storm during quarantine, which prompted her to eventually leave her corporate job, launch a marketing company and create food content full time.

Chen hosted a virtual cooking lesson for her former co-workers in August, blew up on TikTok in September and has since garnered nearly 800,000 followers. She started her blog, Tiffy Cooks: Daily Food Recipes, in mid-August and launched her debut e-cookbook in December. 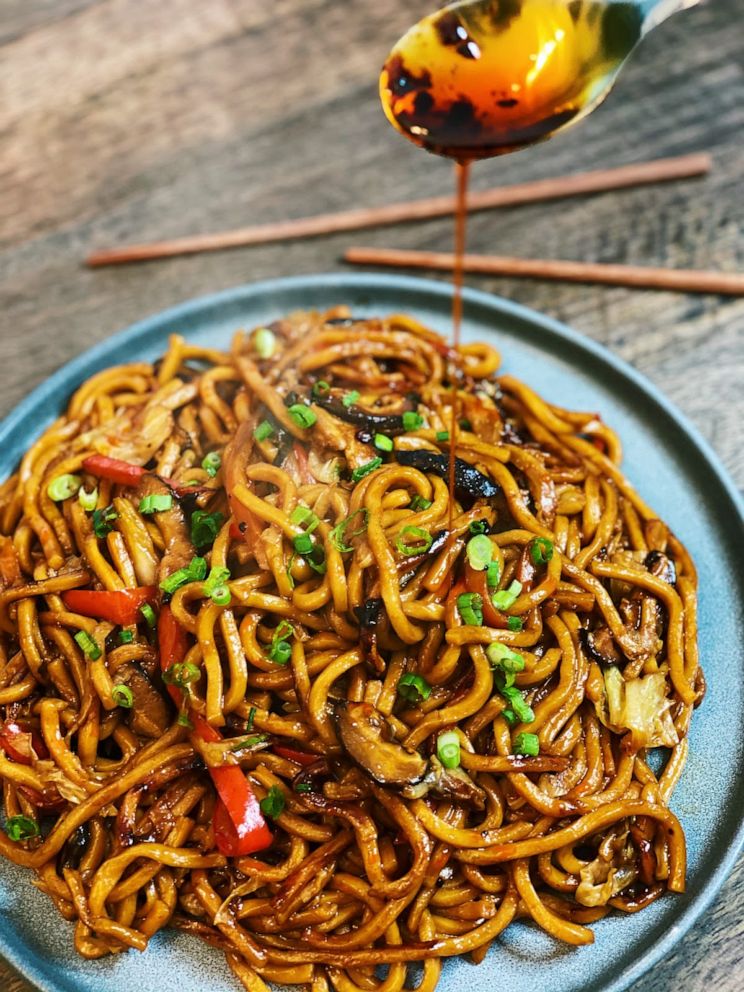 Tiffy Chen
Authentic and healthy vegetarian Shanghai noodles that can be made in 20 minutes.

The self-taught food social media maven said she grew up with a food-loving family in Taiwan -- "a huge foodie world" known for its vibrant street food with deeply developed umami, salty and sweet flavor profiles. When she was in seventh grade, her family moved to Vancouver, where her love of culturally inspired cuisines continued to grow. She said she now "specializes specifically in Asian cuisine." 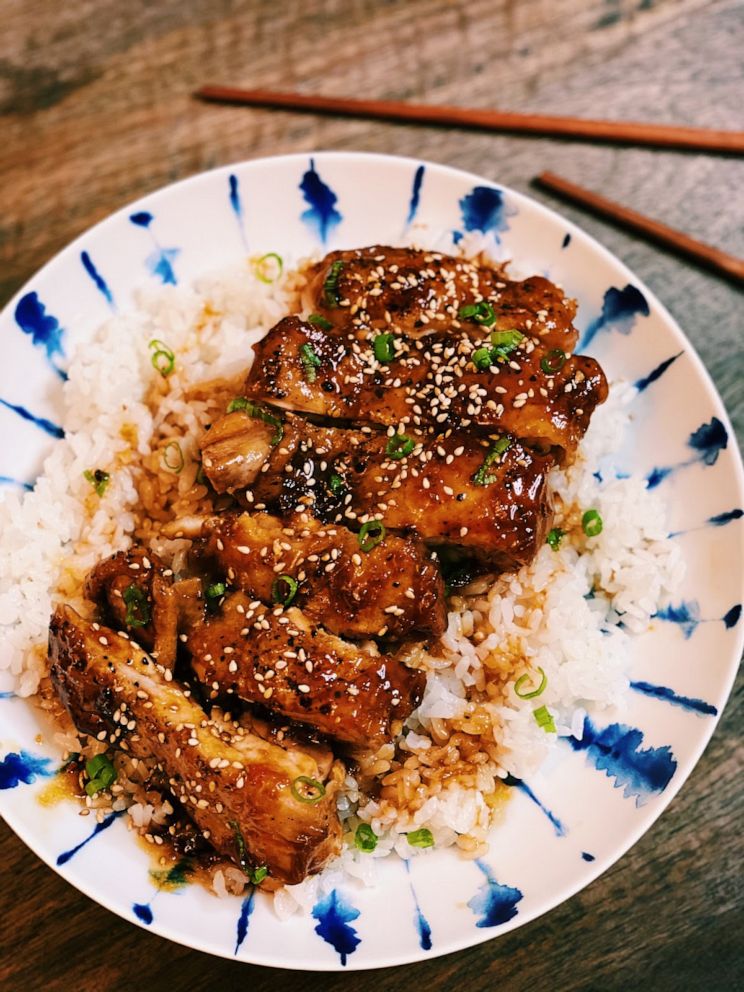 Since graduating from Queen's University in Ontario, Chen has cultivated a unique culinary community with her fast, flavorful and affordable meals that offer a taste of her own heritage as well as her travels across Southeast Asia.

"Since March, this is the first time ever where I was forced to stay at home and I missed traveling, so I started cooking food from all around places I've traveled," Chen said. 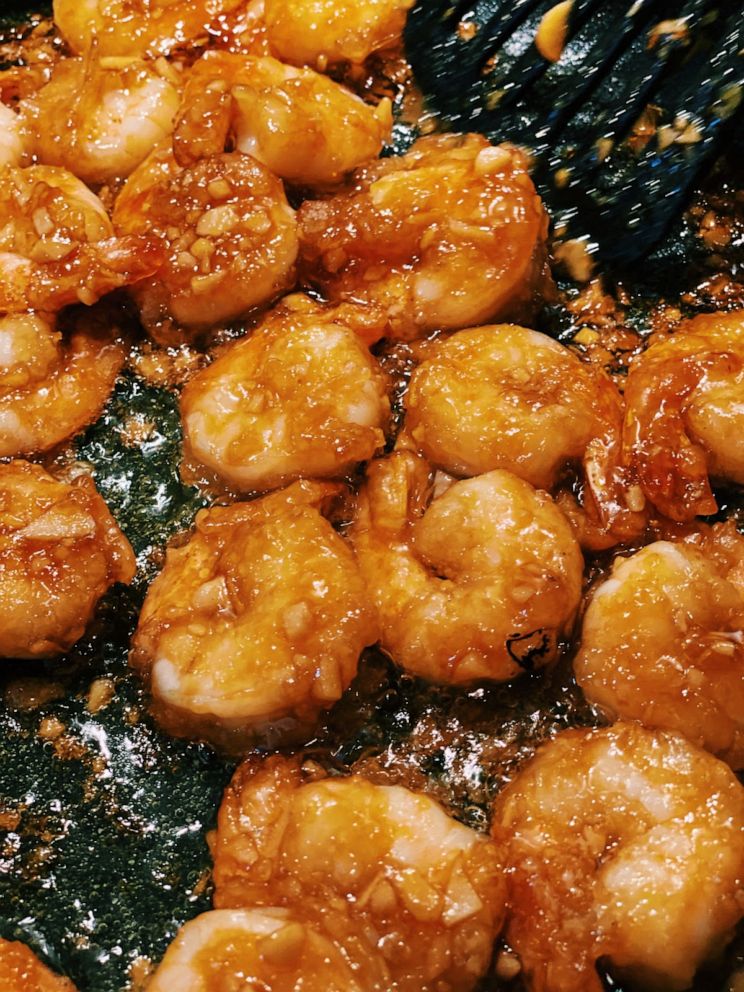 Luckily for her followers, the easy-to-recreate dishes that she records herself cooking and shares on TikTok and Instagram are posted to her blog the day before she uploads the videos, so followers can cook along and get a taste of her food and feel transported without ever packing a bag.

"I was really more so making them for my friends and family, like my fried chicken recipe. But then it really grew," she said, adding that her "watch me cook dinner for 21 days" series took off on TikTok. "I got a lot of messages, especially from students and people who work full time asking to help make fun, fast recipes. I can really relate to that." 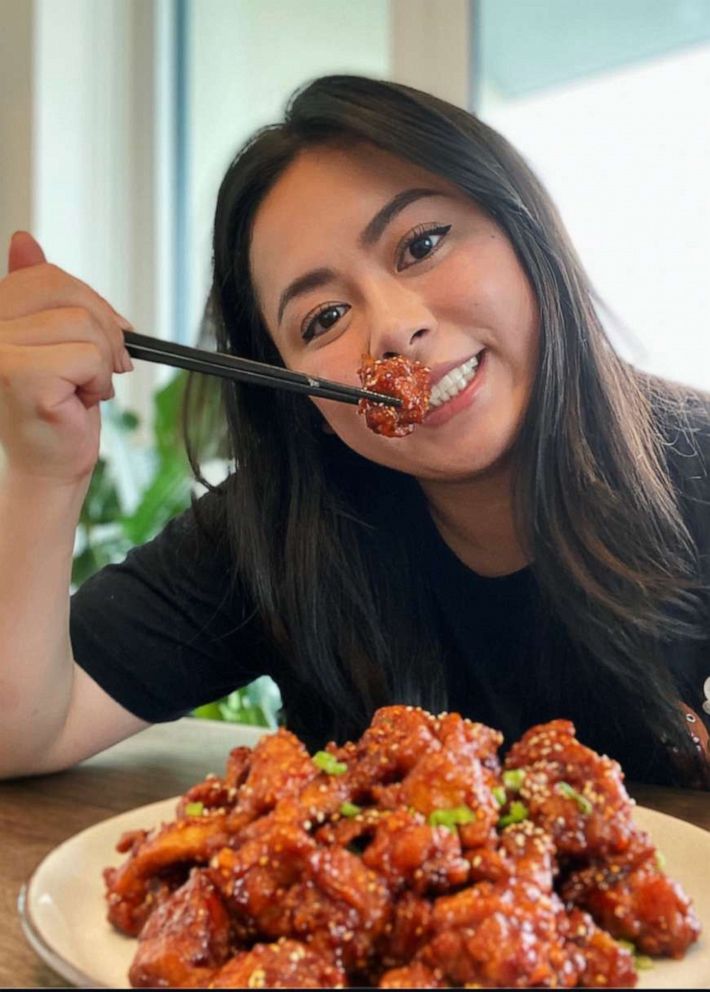 She continued, "My goal was to not just only share the well-known Asian cuisines that are delicious, but I wanted to share really interesting recipes that most people don't know about and a lot of Western restaurants don't carry. And it's stuff that I really love from when I traveled around Asia."

Check out the full recipe below for Chen's favorite finger-licking, five-ingredient dish that's ready in under 20 minutes and has been one of the most popular plates of the series.

"These Asian Honey Garlic Potatoes are inspired by a famous Korean banchan -- Gamja Jorim. It is one of my favorite side dishes to order whenever I eat at Korean barbecues and I wanted to create an even simpler version to have at home," Chen shared. "I make this recipe often and it also meals prep well in the fridge if you make extra."

Chen said the sauce is her secret ingredient: A "perfect balance between sweet and savory." She advised "to keep stirring while cooking to prevent it from burning or sticking to the bottom." 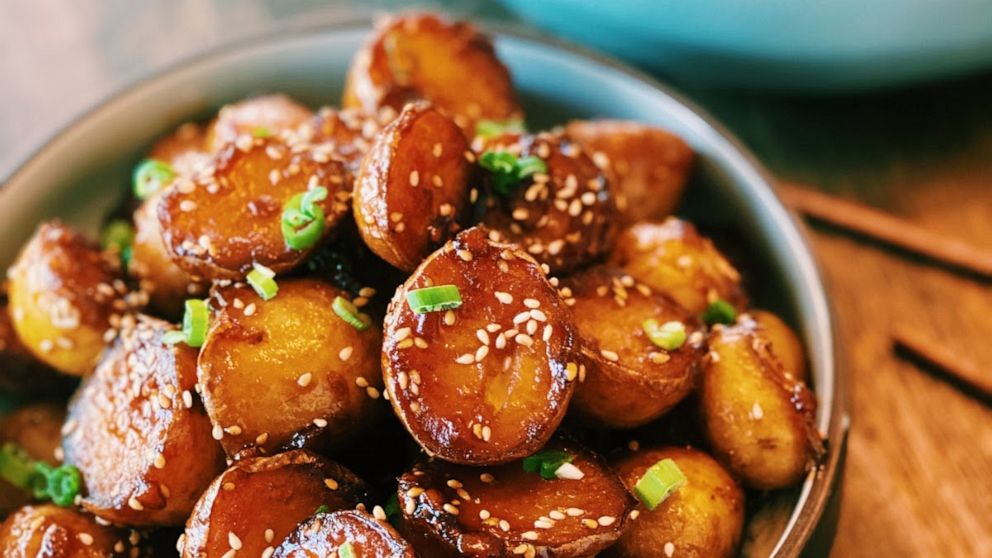 In a pan, drizzle in one tablespoon of oil and turn the heat up to medium-high. Once the oil is hot, add in your potatoes and sauté for three to five minutes until the potatoes are golden brown.

Add in minced garlic and sauté for another one to two minutes.

Pour in the sauce mixture and let it simmer on medium-high heat until the potatoes have soaked in all the sauce, and the sauce turns into a glaze (around seven minutes). Make sure to stir occasionally so that the potatoes don’t stick to the bottom of the pan.

After seven minutes, add in one tablespoon of sesame seeds and toss it all up together.

Check back for even more 20-minute meal recipes from Tiffy Cooks on GMA Food as she continues her series through Jan. 21.