One high school is helping fight food insecurity with a student-run grocery store that uses paying it forward as capital.

During a particularly difficult year for millions struggling to make ends meet and get food on the table, Linda Tutt High School in Sanger, Texas, partnered with a local nonprofit to ensure students and their families have the necessities that they might not otherwise be able to afford.

Principal Anthony Love told ABC News the idea initially came from First Refuge Ministries, a nonprofit that approached the school with the idea "because there's been a need identified in our community."

"It didn't take me long to see all the possibilities that the store could bring, especially with it being run by students," he said. "The other aspect [is] giving back to the community during these challenging times -- even if it's just a little." 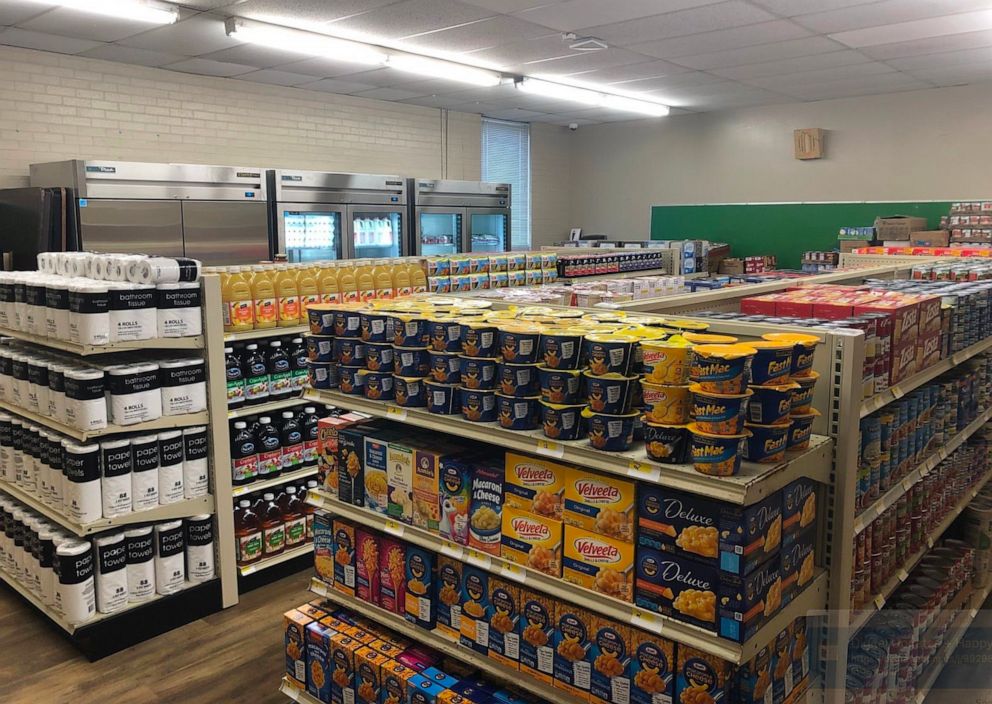 The shelves are filled with food products from the pantry and dry goods to fresh produce and household items that are all delivered by truck on pallets from First Refuge Ministries. It purchases the goods using funds from Texas Health Resources, which earlier this year awarded $300,000 for the Texas Health Community Impact program to address hunger in the Sanger Independent School District.

The store, which is open three days a week, operates on a point system that gives each student and staff in the district a set number of points based on the size of their household. Students with more family members at home get more initial points to shop.

"We give our students the same points to start with, but they're able to earn extra points," Love said.

"Going above and beyond in the classroom, doing more than what is asked of them, doing a kind deed or being a mentor" are all ways students can obtain more points, as well as jobs around campus, he said. 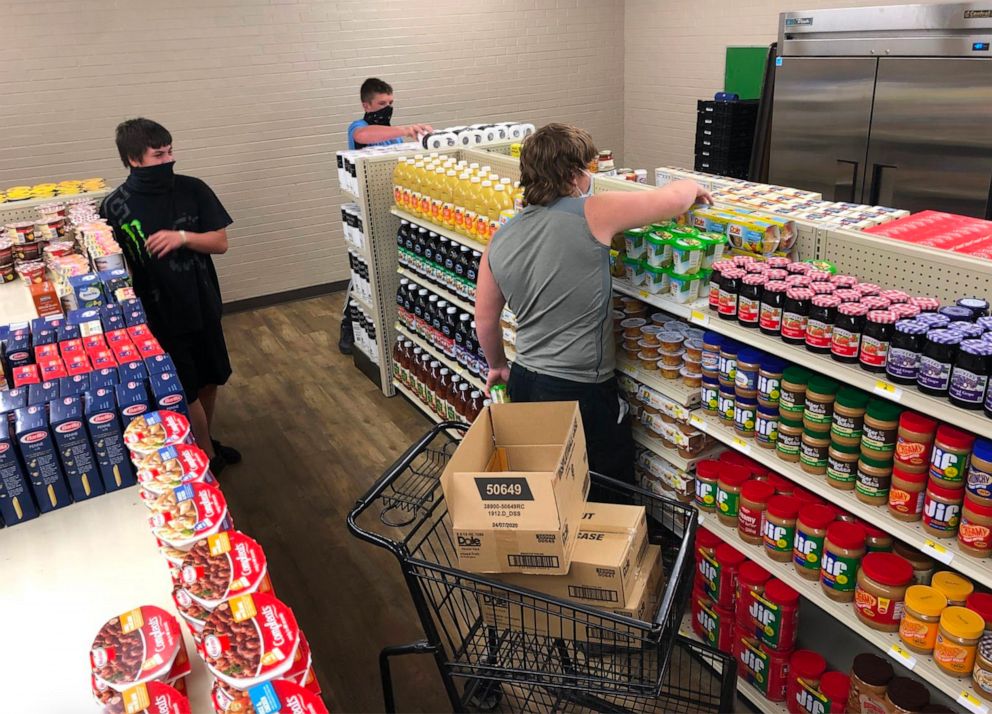 Student enrollment in the Title 1 district is at nearly 2,750 students this year -- 43.1% of those students are considered economically disadvantaged and 3.6% are considered homeless.

Hunter Weertman, a junior at Linda Tutt, who is one of the store managers, told ABC News that he "gets to help kids who come in and shop" and has learned "how to manage my own money properly and efficiently."

"I think it makes them feel happy and grateful that they have somewhere to go, seeing their parents that may be struggling with money and stuff at home, this way they can help them," Weertman said. "I like helping a lot of people that need the help -- so this is what that's doing."

The other student positions available at the market include store manager, stocker, cashier, bagger and inventory monitor.

Love said one idea that Weertman and another student co-manager came up with was to use a spreadsheet to track produce "that way they can keep an eye on items expiring soon, put them on sale and push those items so we don't throw away any goods."

On Dec. 15, the store will officially open to the larger Sanger community with a drive-up, curbside and contactless experience. 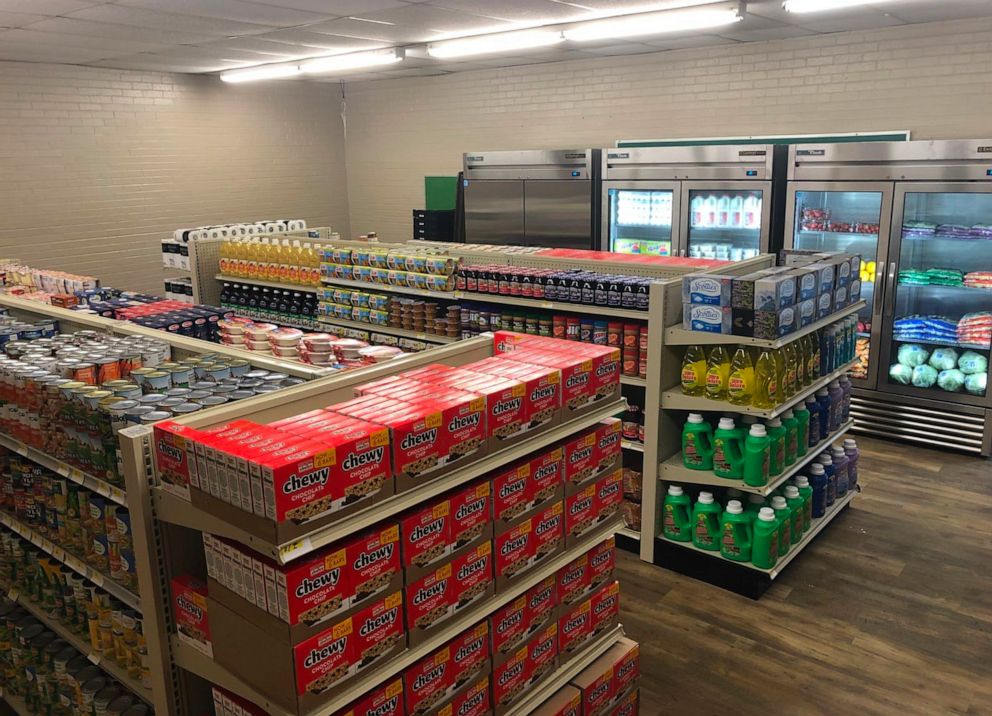 "We will have volunteers working and they will gather the groceries inside and deliver it to the vehicles," Love said.

The concept first opened in mid-November, after Love fully recovered from battling COVID-19 and left the hospital after six days. The store will stay open for the remainder of the school year and Love hopes to keep it open one day a week during the summer.

MORE: Food banks face growing hunger crisis ahead of the holidays during the pandemic

"Oftentimes, that's when students and families need more support, because kids are at home eating three meals a day instead of having two meals from school," he said.

Love said their goal is to create a ripple effect for school districts beyond their own community.

"Our hope is that this program can be spread throughout the country, because we know that the need for families that have food insecurities is out there," he said. "By having a program like this, integrated with the school, it builds pride and dignity for students that have food insecurity at home and that the students know they have done something to earn the groceries and food they bring home to their families."