I scream, you scream, we all scream for everything bagel seasoned cream cheese ice cream?

It’s schmear! The flavor you never knew you wanted: Everything Bagel.

Now available by the pint online, in shops, and for local delivery via the Jeni’s app. pic.twitter.com/b98aiREJxw

"Think of a dense, salty, subtly sweet cream cheese. That’s the base," the company said. "Now imagine a buttery streusel laden with sesame, poppy seeds -- and yes, onions and garlic -- schmeared throughout."

The company told "Good Morning America" that the initial response to the new flavor has elicited "colorful and strong reactions on both ends of the spectrum -- and we’ve been enjoying them all." 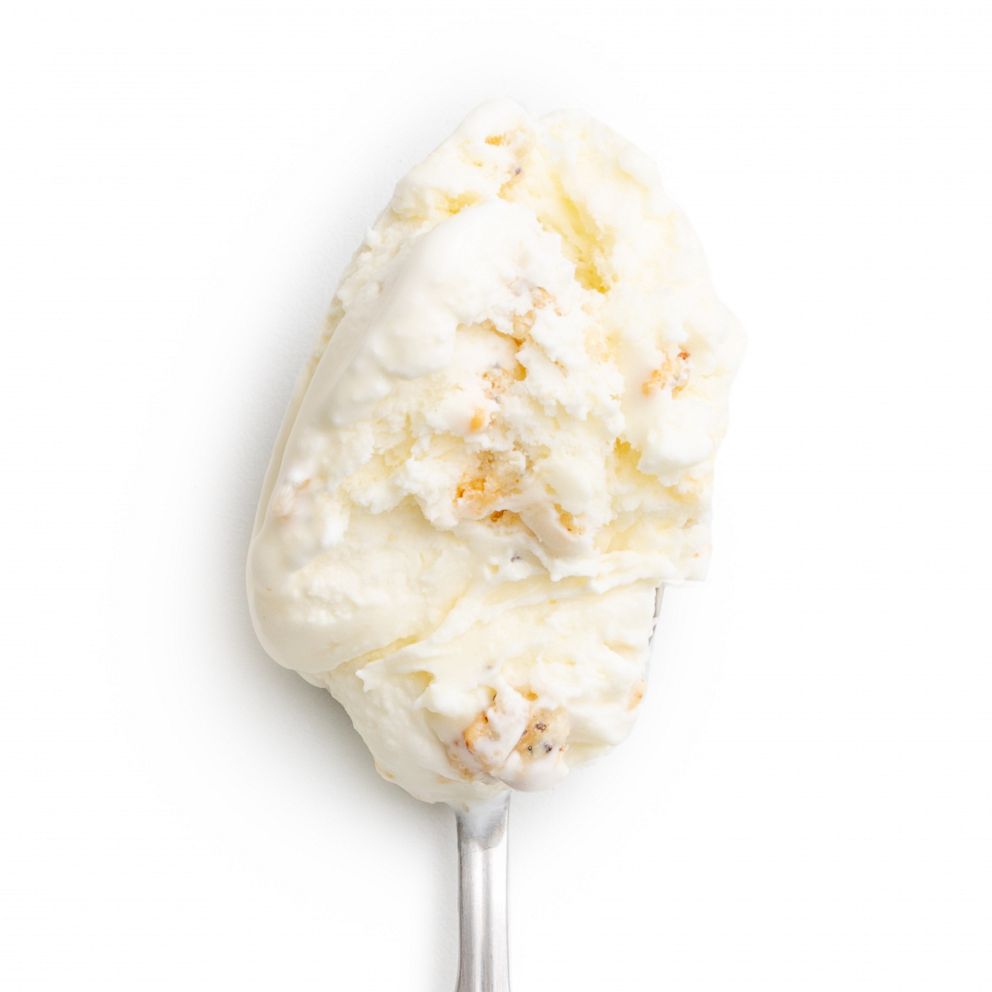 "It had our team dancing in the test kitchen, it's shockingly delicious," the team added.

Everything Bagel ice cream is now available in pints online for nationwide shipping for $12, as well as in person at Jeni’s scoop shops across the country. 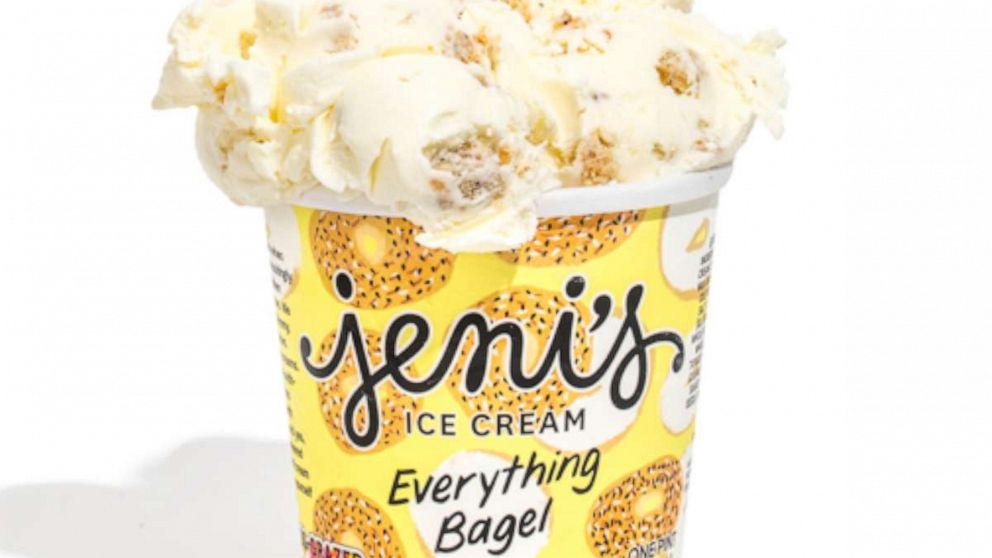 The company said it has been selling out its other inventive flavors as of late, including White House Chocolate Chip.

He "fell in love with Jeni’s ice creams in 2012," the company said, adding that the president bonded with Bauer over ice cream and they "became fast friends."

Bauer said he launched this flavor "with a vision for building a brighter future in mind. We must support the work of bringing America together and of building a future for us all." 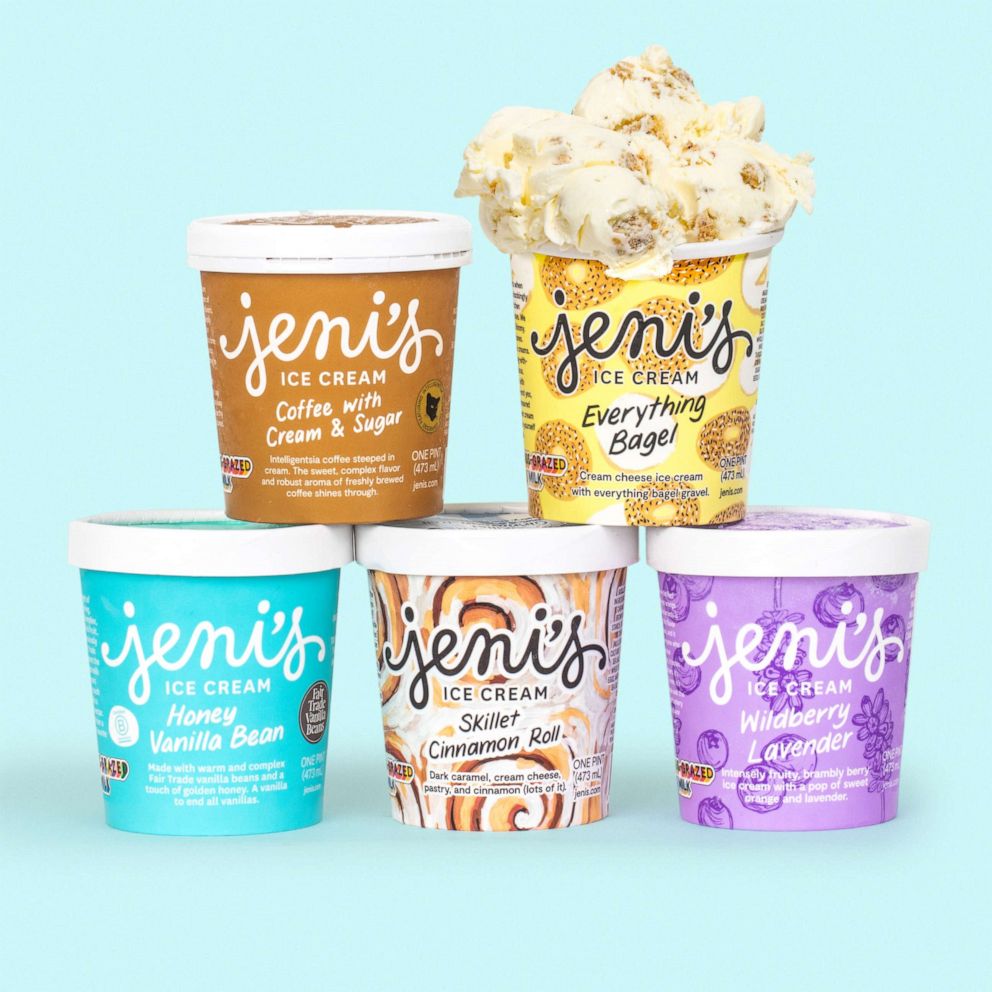 Part of the savory ice cream concept was to normalize the idea that it's OK to eat ice cream for breakfast -- occasionally.

"Being at home by ourselves all the time in 2020 gave us a lot of time to think -- we began to ponder a vexing question: why is it only acceptable to eat ice cream during certain times of the day?" the company said. "Why are donuts OK for breakfast and ice cream isn’t?"

With that thought in mind, the brand created other morning-inspired flavors like Skillet Cinnamon Roll and Coffee with Cream and Sugar that uses steeped coffee grounds in the cream. Plus, the new Wildberry Lavender flavor is said to taste like a childhood classic breakfast -- Fruit Loops.

ABC News contributor Dr. Jay Bhatt said "anything for breakfast that has significant sugar in the food should be kept to a minimum."

He also added that there has been "some evidence from Japan that suggests ice cream may provide an awakening effect on the mind when eaten in the morning for breakfast."

"That being said, we know from a significant body of evidence that a balanced diet is critical for good health and that the calories in the form of sugar in ice cream is a bad idea for maintaining good health," Bhatt went on. "We know excess sugars can lead to weight gain, fatigue and diabetes. I would think twice before you make ice cream for breakfast a daily habit."