For Kevin Hart, "health is wealth" starts in his home, but the comedian, actor and entrepreneur has started serving up a portion of that personal mantra in Los Angeles with his latest plant-based restaurant, Hart House.

"As I've gotten older I've thought more about how food makes me feel as well as how I can make the world a better place, which led me to the idea of Hart House a couple years ago," he told "Good Morning America." "With my schedule, I'm always on the road, and I realized that people need healthier, better options when it comes to fast food." 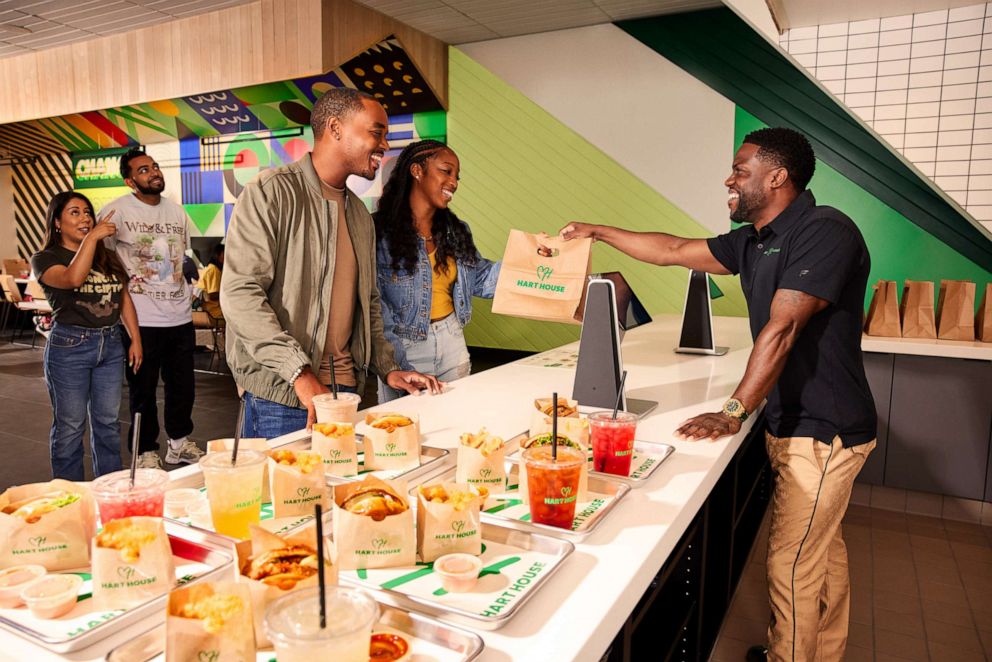 He continued, "as a 'flexitarian' eater myself, I know the future of food is plant-based and that I needed to create a restaurant that delivers a delicious, 100% plant-based menu."

As a comedian who has brought joy to people and communities all over the globe throughout his career, Hart said he hopes to bring a similar appeal to Hart House.

"Yes it's plant-based, but it's really good. We want everyone to love it. Hart House is in the business of making people feel good. We are making the food that you know and love but with a menu that is better for you, your wallet, and the planet," he said. "The restaurant has an amazing energy to it and we are also focused on bringing joy into the lives of our workers by offering them living wages and best-in-class benefits. I want people to leave Hart House feeling full, satisfied, and excited to come back again." 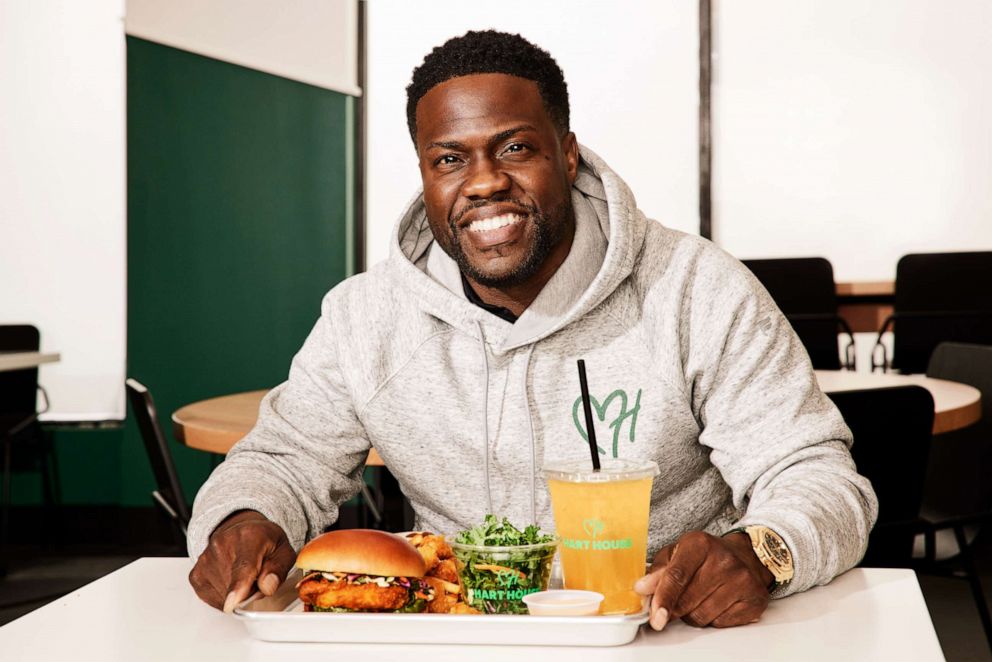 The newly opened restaurant located in LA's Westchester neighborhood is led by CEO Andy Hooper and Head of Culinary Innovation Chef Mike Salem, who are committed to "disrupting the quick-service industry"

"Many people are interested in a plant-based lifestyle or generally eating healthier but are often turned away by the prices," Hart said. "When building Hart House, pricing was a major priority for us as we wanted to make a healthy alternative within the fast-food industry that's affordable and accessible to all. Our sandwiches are within the $6 to $8 range and extremely delicious. Hart House is now the plant-based option alternative to places like Wendy's, McDonald's, Burger King, and I'm so excited for people to see that sustainable and healthy food options are not out of reach anymore."

Hart explained that creating this restaurant felt like a "natural evolution" for his own flexitarian lifestyle.

"I enjoy chicken from time to time but try to avoid red meat and dairy. I try to live that lifestyle in every aspect of my life including at home with my family," he said. "I think it is important to teach my kids that going meat-free is good for the body and good for the planet, so at our home we love trying new plant-based products and of course eating Hart House." 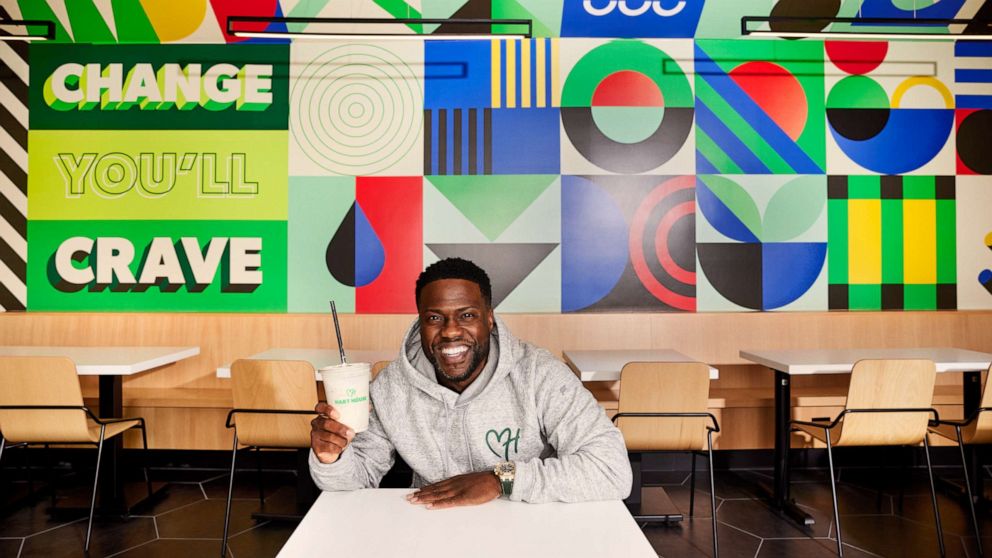 As for his go-to order: "My favorite menu item is the Deluxe Hot n Crispy Chick'n sandwich which has incredible flavor," he said, hailing Chef Salem for doing "an amazing job."

In addition to creating food with a better footprint for consumers, the Hart House team helps the larger community and donated 10% of opening day proceeds to Inner City Arts.

The 3,090-square-foot physical space boasts bright colors with designs by Kai Williamson and her all women of color team. Plus, the back wall features a mural by Nicollete Santos that reads: "Change You'll Crave."

Hart House has two additional restaurants currently under construction with several more leases signed and the team has targeted "as many as 10 restaurant [openings] over the next 12 months."