Family holiday traditions and recipes can range from classic to quirky. Kristen Bell shared her family's festive, yet somewhat quirky recipe that even her toughest kid critics have given their slurps of approval.

"First of all, just resist judging it," she told "Good Morning America" with a laugh. "It sounded gross the first time my mom made it for me. I was like, 'you cannot be serious that you just poured that pickle juice into the soup, that's gnarly.' And I'm a big fan of pickles."

Dill pickle soup has become a household tradition for the actress and mother of two, she says.

"It is one of the weirdest recipes I have ever come across and it was from my grandmother and my mom used to make it. I don't know if it's Polish, most of the recipes in our family cookbook are, it is so delicious," she continued.

The combination of onion, carrots, celery and potatoes makes up the base of the soup, "and then you're putting in the actual pickle juice from the jar and chopping up the pickles ... it's a little bit creamy and tangy from sour cream and it's just heavenly," she said.

"Even my kids who are not super into crazy foods tried it and like it," she said. "You don't boil the soup, which is great for me because I often walk away from the stove -- this is just a low simmer the whole time."

Check out the full recipe below to recreate Bell's soup at home this season.

"It feels like a festive soup for an event," she said, adding that when she's served it for apprehensive first-time tasters in the past, "everybody thinks it's going to be gross, but everyone loves it -- it's the hit of the evening."

"We do a lot of family pajama sets and we kind of live in them for a month or two. But our main tradition is just being lazy and avoiding stress," Bell said. Avioding stress is helped with her partnership with same-day shopping and delivery service Shipt, letting Bell and her family navigate the hectic holidays. 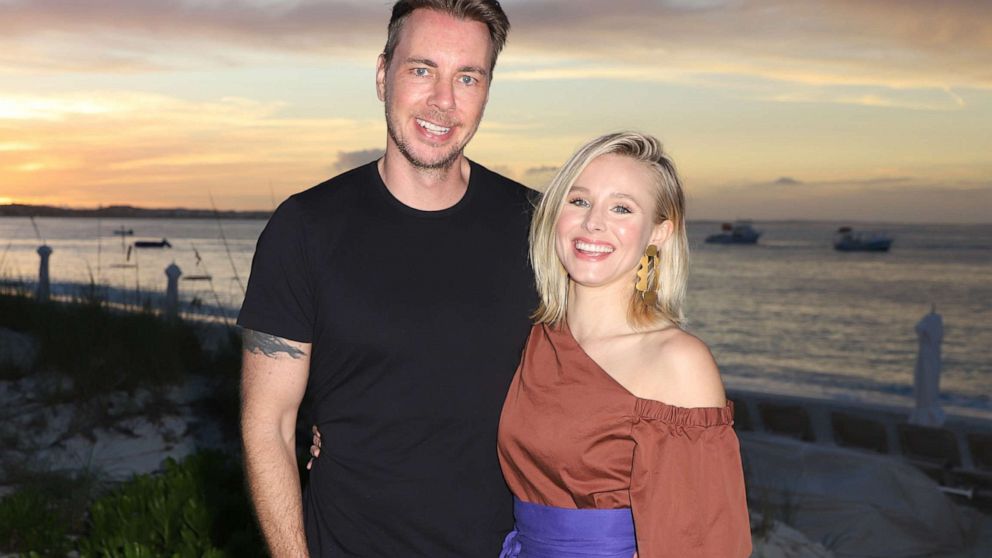 Whether it's building Lego sets or cooking with the kids, Bell said, "Everything's kind of spontaneous" but she and her husband Dax have instilled one very important theme in their house during the holidays.

"[A] tradition that Dax and I have had for a while, and are trying to impart on the kids, is giving back. And that the holidays are really about giving and making that really fun," she said. "We'll go through all of the toys and see what you're not using and donate them to Baby2Baby or a shelter -- what's really cute is my kids will insist on wrapping them first."

Bell said that her campaign with Shipt resulted in a donation to Gleaners, a Feeding America food bank in Detroit, in her name, "which was really lovely for the people who aren't yet using Shipt and can now get food on the table."

"You can also be there for your neighbors -- if you have an elderly neighbor you can send them what they want or you can surprise them with a meal or a Christmas present. It's really awesome,"she said.

Bell also shared some simple advice for getting through the possible stress of the holidays: "just pause and breathe."

"That can be applied to if you burn the turkey, if your great uncle is saying something politically crazy, if your children are having tantrums, just pause and breathe," she said. "I'm taking a lot more long walks around the holidays to regulate and remind myself to slow down when the world seems to be revving up." 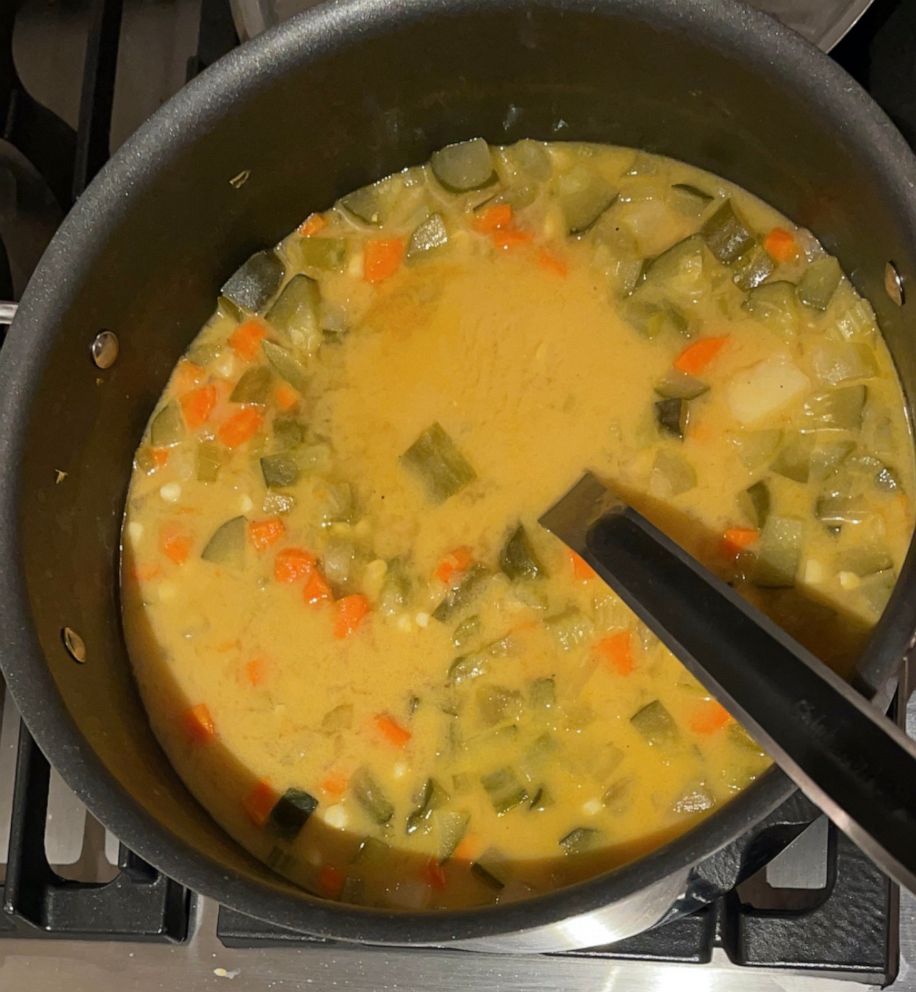 In a pan, sauté onion, celery and carrots.
In a Crock-Pot or slow cooker, add chicken or vegetable broth, dill pickle juice, chopped dill pickles, cubed potatoes, onions, celery and carrots. Add salt and pepper as well as sugar to taste.
Cook in Crock-Pot approximately 4 hours until all vegetables are soft.
In a small bowl, beat milk, sour cream and flour until smooth. Stir in a small amount of the hot soup (to temper). Add remaining slowly into the soup and stir until smooth.
Keep soup warm but DO NOT BOIL (the soup will curdle).
Garnish with parsley and dill (optional).