Chocolate skulls made it onto Pinterest's list of its top 10 Halloween recipes of 2019, so I made them as part of my effort to make all 10 of this year's trending recipes.

The chocolate skulls were a delicious candy, filled with even better cheesecake-like mousse, but they took a lot of effort to make. For a candy that doesn't exactly qualify as a snack, I'm not sure if the juice is worth the squeeze here. That being said, if you want to go over the top with Halloween recipes for a party or get-together, this recipe will be a hit. 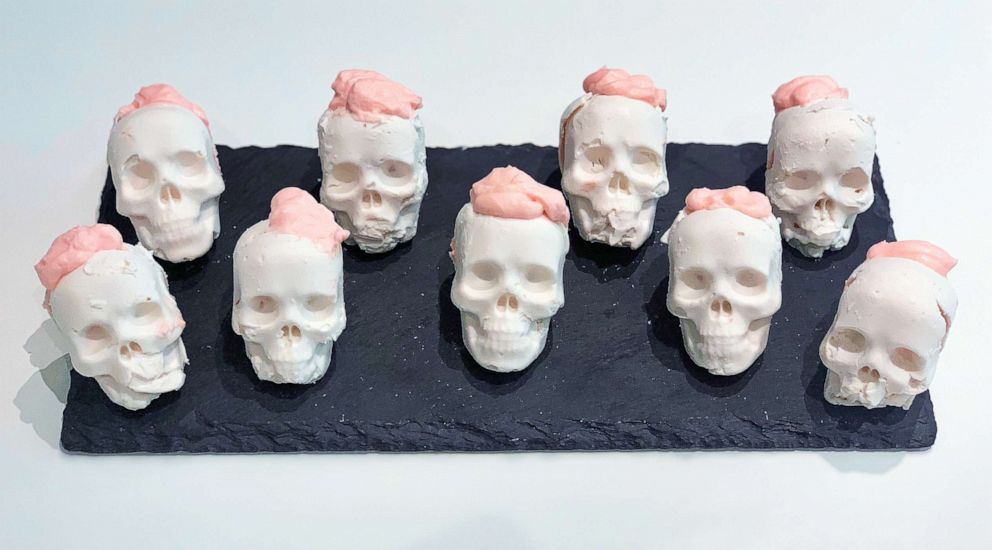 ABC News
I made Pinterest's top 10 Halloween recipes of 2019, which included chocolate skulls.

If you're a perfectionist, this recipe is not for you. Getting these skulls right took a lot of patience, and in the end, I still didn't end up with the beautiful, whole skulls that I had pictured or that are seen on the pin. I bought the same mold from Amazon that pin called for, but dealing with melting chocolate disks can always be fickle if you're trying to mold something perfectly. The chocolate has to be hot enough to melt, but not too hot to overcook and seize. I usually use my croc pot for melting chocolate instead of the microwave, which I find can burn chocolate fast. I put a mason jar with melting disks in a crockpot set to high and waited about 20 minutes for the chocolate to melt.

I did that when prepping this recipe, but for whatever reason, the chocolate wouldn't get thin enough for me to fill the mold easily, so I kept having to squish semi-melted chocolate into the mold with a spoon. Not all melting chocolate is the same. When I put the molds in the freezer and took them out, the back of the skulls were never attached to the front no matter what I did, so I had to try to use more chocolate to fuse them together and refreeze them outside of the mold.

Aside from those issues, I found it hard to 'crack' the chocolate skulls without breaking them and ended up with totally broken heads half the time. I probably made more than two dozen versions of these before getting ones I felt were decent enough to photograph. I will say that the mousse brains were delicious. They were so good in fact that I ate some of it with a spoon instead of eating it in the chocolate skull. That was definitely the best part of the recipe and fairly easy to make.

While I was making this recipe I thought that if I were to make it again what I'd do was double the amount of filling I made, get a nice bowl and pipe the filling into the bowl so it looks like brains, and make about 4 chocolate skulls to stick in the top of the brain-like mousse. It'd save you a lot of time because the skulls wouldn't have to be perfect and you wouldn't have to fuss over cracking the back of the skulls.

All in all, this recipe took a lot longer than I expected because of all of the chocolate issues and because I whipped the cream by hand (silly me). This can be a fun one to make with the whole family since there's zero real cooking required, but be prepared for messy skulls and bits of broken chocolate all over the kitchen. 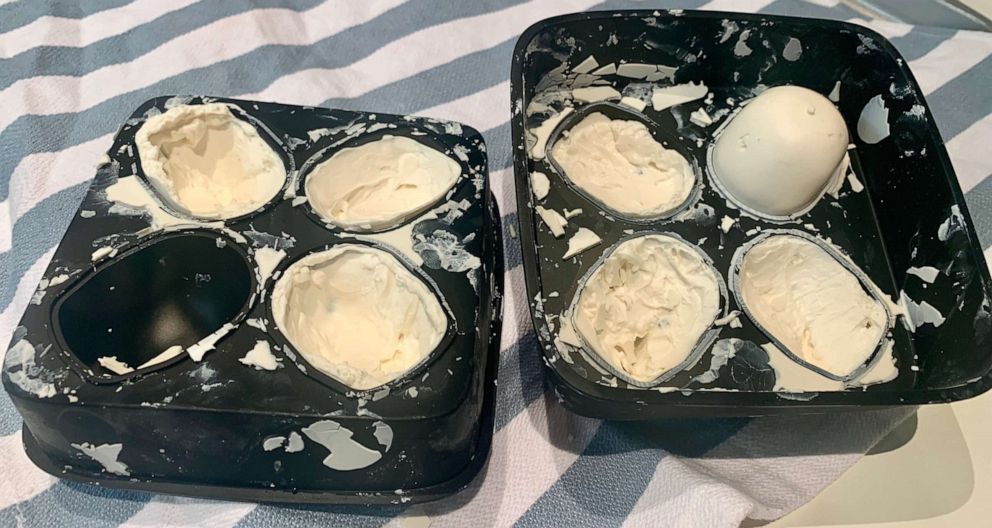 ABC News
The chocolate skulls wouldn't stay together in the mold so I kept having to fuse them together after I froze them with more melted chocolate. 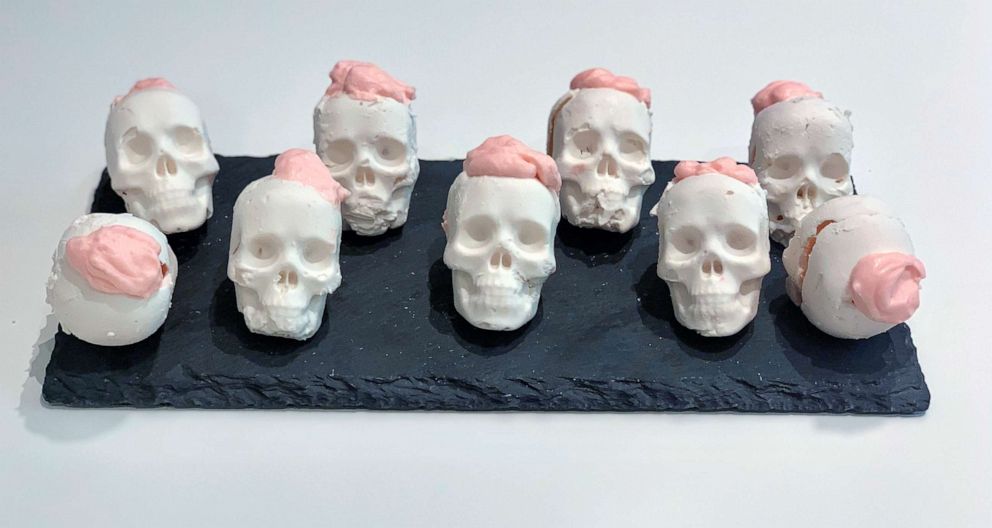 ABC News
I made chocolate skulls, one of Pinterest's top 10 Halloween recipes.