Shrunken Potato Heads are the Halloween dinner side we didn't know we needed. The potato recipe made it onto Pinterest's list of its top 10 Halloween recipes of 2019, and I made all 10 recipes, to see which rose to the top of the cauldron. 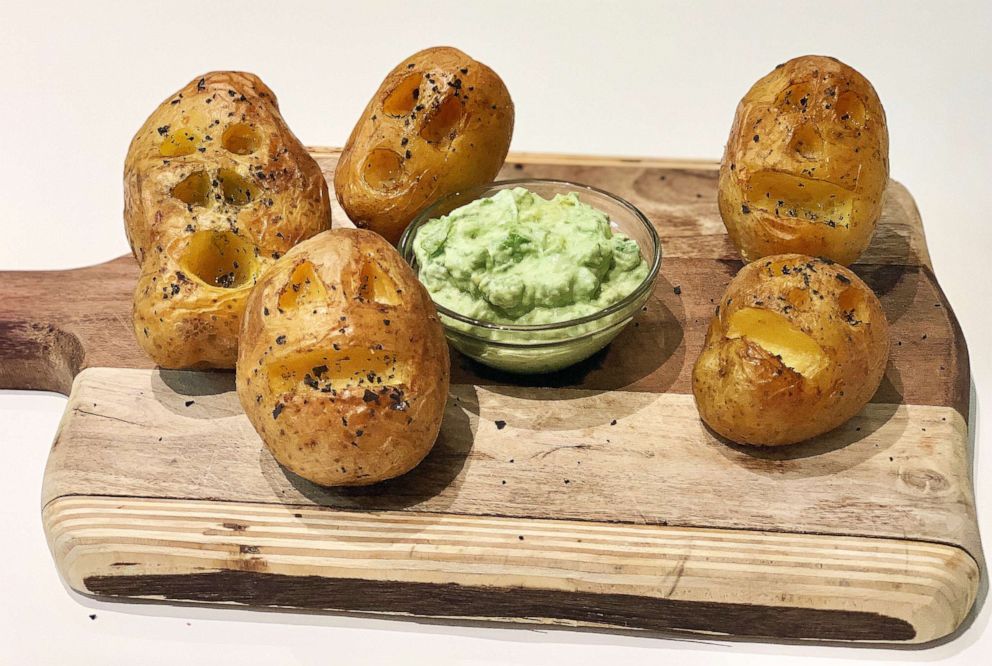 I think the potatoes turned out as ghoulish as I wanted them to and they definitely tasted good - who doesn't love a good ol' baked potato!

The avocado sour cream mixture was also a good pairing with it. I'm more of a standard baked potato, sour cream, butter and chive type of girl though so if I was making it again, I'd probably just dye sour cream green with food dye rather than making the avocado mixture. I will say though that I can't picture anyone eating these at Halloween parties as baked potatoes aren't really a party snack. I'd say this recipe works better for a Halloween dinner or small gathering.