"The Chew" co-host chef Michael Symon said he traveled across the country to visit the best barbecue joints and pitmasters ahead of opening his own BBQ restaurant in his hometown of Cleveland.

Symon shared some of his favorite recipes that he discovered during his cross-country culinary expedition in his latest cookbook, "Michael Symon's Playing With Fire," which focuses solely on cooking BBQ and meat.

He appeared live on "Good Morning America" today to demo how to create his famous Mabel's pork ribs, which he serves at his Cleveland restaurant, Mabel's BBQ. 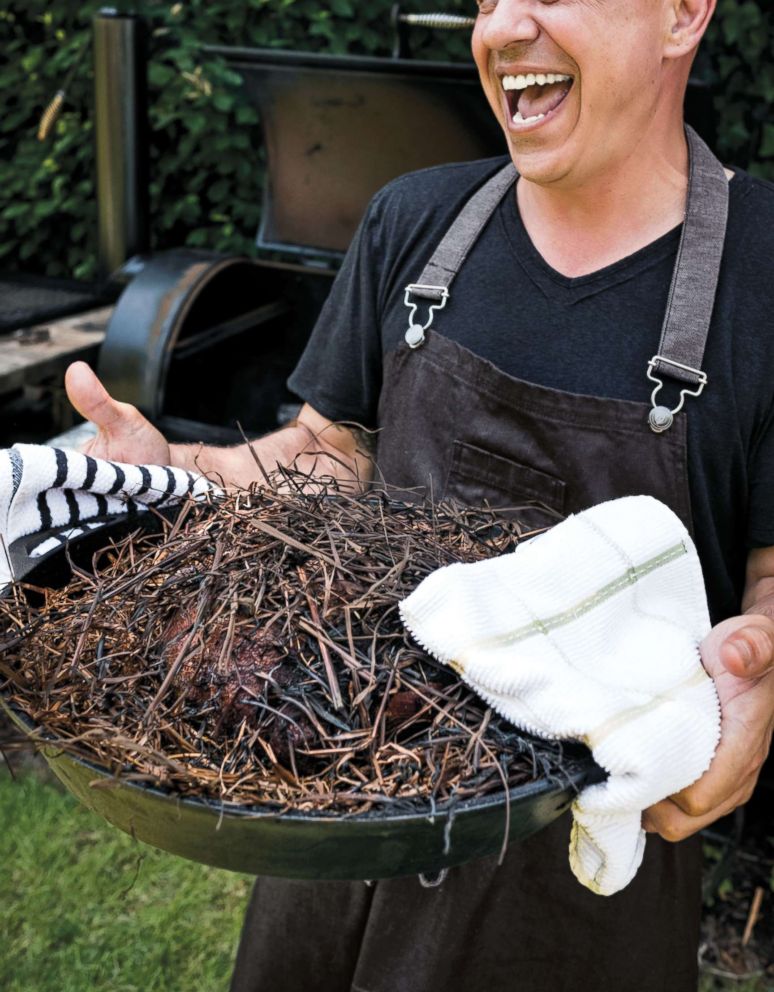 Ed Anderson
Chef Michael Symon is photographed here in a shot from his new cookbook, "Michael Symon's Playing With Fire." 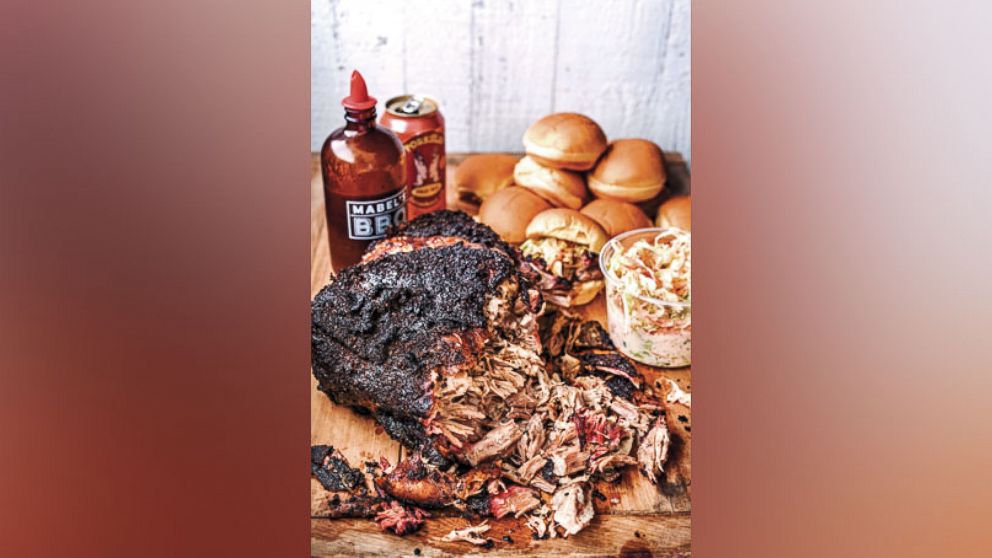 "Perfectly tender" is key when it comes to pork ribs, Symon said. Another "secret weapon" the chef credits for the deliciousness of his famous Mabel's ribs is his rub, which features flavorful celery seed. He also hits his ribs with a pickle juice glaze when they come out of the smoker. 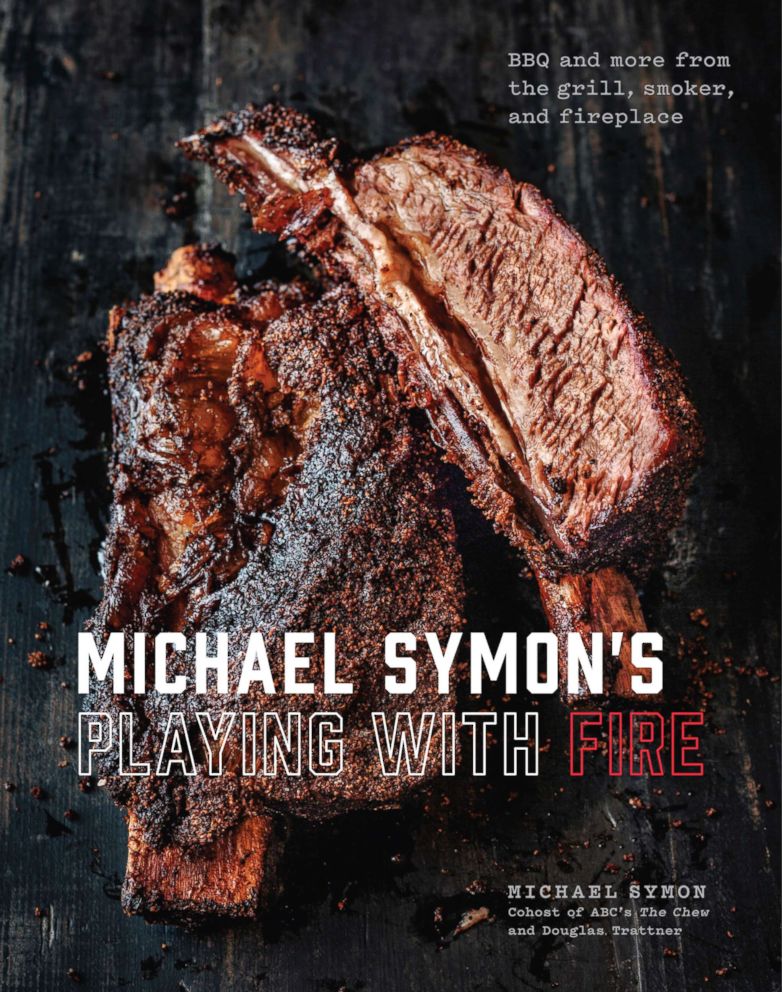 Method:
1. Prepare and preheat your smoker to 300 degrees Fahrenheit.
2. In a large saucepan, whisk together the brown sugar and pickle juice. Heat over medium-high heat, stirring, until the sugar has completely dissolved, about 5 minutes, then remove the pan from the heat to cool.
3. Slide a butter knife under a corner of the thin white membrane on the bone side of the spare ribs to free it from the meat. Using a dry towel for grip, peel off the entire membrane and discard it. Pat the ribs dry with paper towels and season on both sides with the pork rub.
4. When the temperature in the smoker reaches 300°F and the smoke is running clear, add the ribs bone-side down. After 1 and 1/2 hours, test the ribs for doneness by flipping a rack and pressing the meat between the bones. If the meat pulls away from the bones, it’s done. If not, continue smoking until it does, about 30 minutes more.
5. When the ribs are done, gently brush them with the glaze, being careful not to remove the beautiful bark that forms on the exterior of the meat. Cut between the bones and serve with a side of sauce.

Method:
1. In a medium saucepan, combine the vinegar, onion, garlic, chipotle in adobo, bourbon, coriander, and paprika. Bring to a gentle boil over medium-high heat, then reduce the heat to medium-low and simmer until the flavors come together, about 10 minutes.
2. Meanwhile, in a medium bowl, whisk together the chipotle purée, brown and yellow mustards, maple syrup, soy sauce, salt, and pepper. Strain the vinegar mixture through a fine-mesh sieve into the mustard mixture (discard the solids) and whisk until smooth and combined.
3. Use immediately or store in the refrigerator in an airtight container for up to 1 month.