What's more satisfying on a cold fall or winter evening than a hearty, warm bowl of spicy beef with hand-pulled noodles?

Jason Wang, the CEO and owner of Xi’an Famous Foods, which has multiple locations across New York City, joined "Good Morning America" to talk about the hot spot's new cookbook, "Xi'an Famous Foods: The Cuisine of Western China, from New York's Favorite Noodle Shop" and shared a popular recipe to recreate at home. 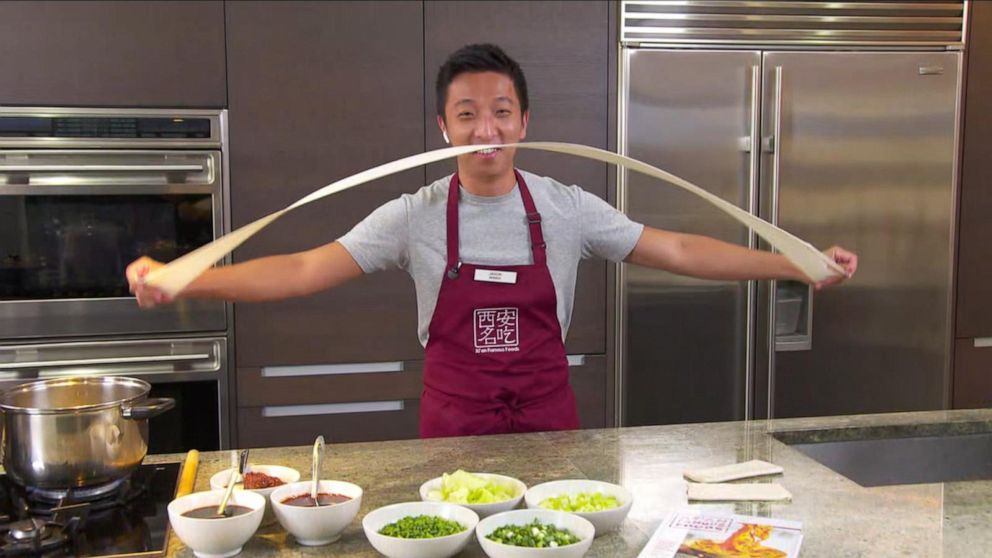 "We take great pride in being able to bring our culture into our cuisine," Wang said, adding that one of the most rewarding things for him is to see "a Chinese diner enjoying the food, someone who might know a little about the food already and wants a taste of home, eating alongside with people who may never have had the food before."

Wang also said he's "really excited" because the cookbook is the next step in making his food and culture even more accessible to people who want to learn more about it. 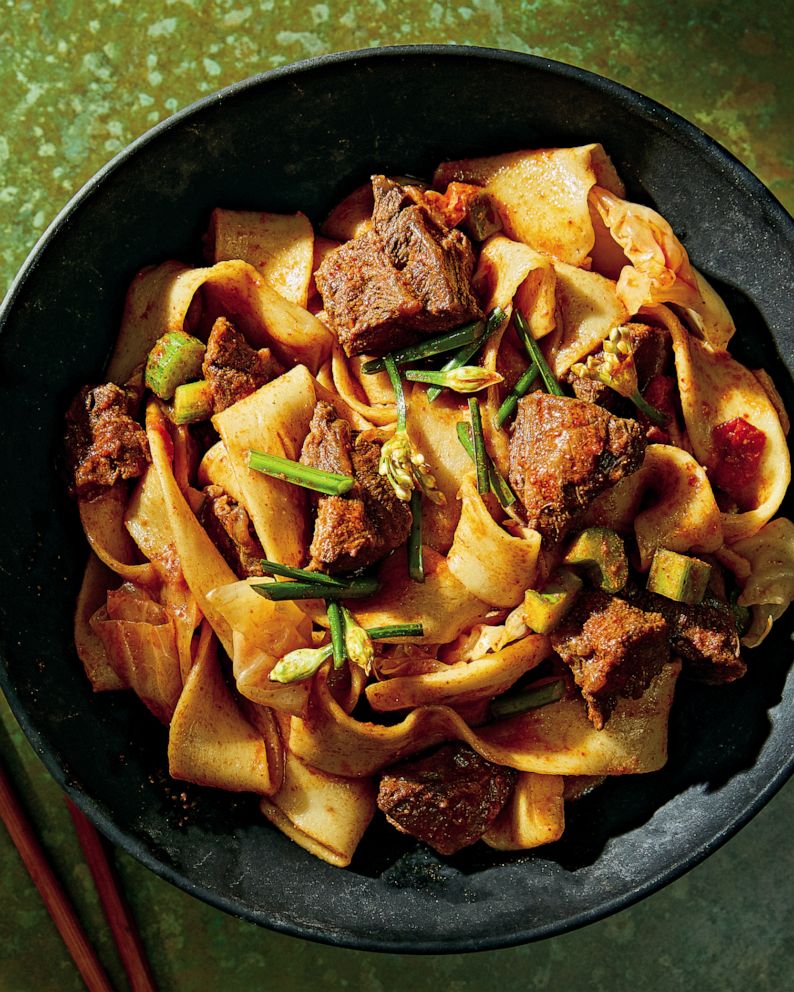 "I like to think of this pairing as China’s version of burgers and fries, a common, simple beef dish that everyone has had in their life," Wang writes in the book. "The depth of flavor is first developed from the red meat and the funky, soy-like Pixian bean sauce, but this dish’s calling card is the ma la, or spicy and tingly qualities thanks to both heady chili peppers and fruity Sichuan peppercorns."

"And unlike many other dishes in this book, this recipe comes with a wallop of Sichuan peppercorn powder rather than an infused oil. Which is all to say, be careful when consuming this dish. At first, the heat might feel manageable, an undercurrent to the tender braised beef and fragrant garlic-onion mix, but several bites in and the pepper spice begins to build, your mouth starts to subtly vibrate, your tongue feels a familiar tingle and soon enough, you’re experiencing the almost-euphoric brain-clearing high of a powerful ma la kick."

Wang's favorite way to serve this beef is with biang biang noodles, another recipe featured in the new cookbook.

In a large pot, submerge the beef in water. Set over high heat, cover the pot, and bring to a boil. Boil for 3 minutes, then turn off the heat.

Remove the meat to a cutting board to cool and discard the water. Once cool enough to handle, cut into 1-inch (2.5 cm) cubes. In a large pot, heat the vegetable oil over medium heat for 1 minute.

Add the green onion, ginger, garlic, onion, star anise, and dried red chilis and sauté for 30 seconds, or until fragrant. Reduce heat to medium, add the Pixian bean sauce, stir, and cook for 30 seconds, or until red oil is released and fragrant. Add beef and mix. Add the soy sauce, cooking wine, sugar and 2 cups (480 ml) water. Cover the pot, turn the heat up to high and bring to a boil. Once boiling, turn the heat down to medium.

Simmer for 30 minutes covered, then uncover the pot and cook at a low boil for an additional 20 minutes or until the meat is tender and the sauce is reduced.

Add the tomatoes, Sichuan peppercorn powder and red chili powder and stir to combine. Turn off the heat and let sit, covered, for 5 minutes before serving.

Blanching the beef rids it of impurities, which we do not want in our stew.

The main spices that give this dish its spicy and tingly flavors are the Pixian bean sauce, Sichuan peppercorns, star anise, along with a trinity of fresh ginger, garlic and onions. Once the stew is added to noodles, the noodles are also tossed with a black rice vinegar and soy sauce mix along with our own proprietary chili oil to create the finished noodle dish.

Sichuan peppercorns typically work well together with Pixian bean sauce or red chili oil. They are natural matches and are prevalent in Sichuan cuisine, as well as Xi'an cuisine.

The type of noodles would be the type we are showing them, which are called biang biang noodles or hand-ripped noodles

Any knife works to cut the dough! We use a Chinese chef knife -- it's wide and cuts dough better than a skinnier regular chef's knife.

To prevent the dough from sticking while rolling it out, after it's mixed to the right consistency and rested, it's not that sticky to the touch at all -- more like Play-doh texture. Pieces of dough are kept separate from each other by lathering on vegetable oil to both keep them from sticking to each other and also from drying or crusting.