Marijuana and hallucinogen use among young adults has reached a new high.

Use of marijuana and hallucinogens by 19- to 30-year-olds reached their highest levels since tracking began in 1988, according to a new Monitoring the Future panel study supported by the National Institutes of Health. 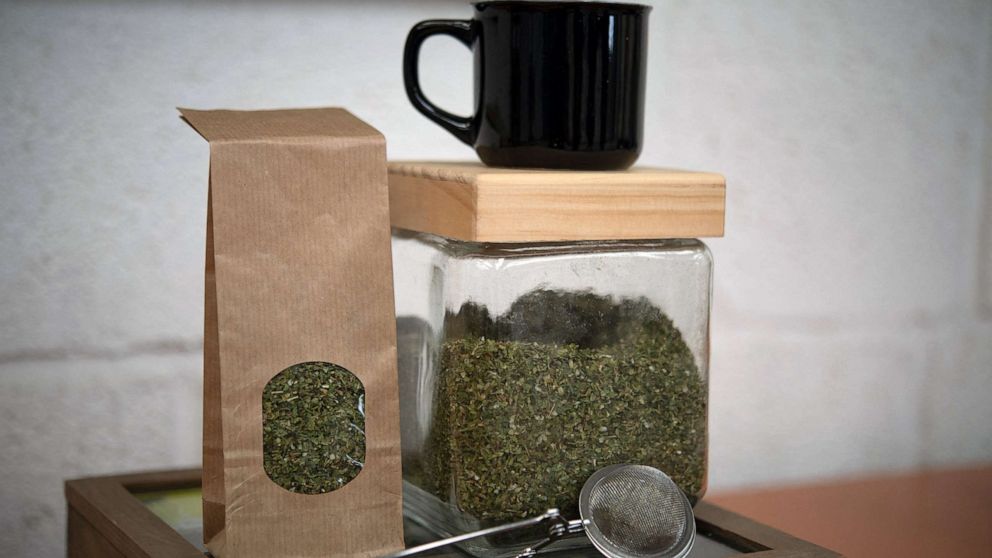 "Certainly the consumption of marijuana has been going up across all of the country and it is driven by the legalization," she said.

In a statement released with the study, Volkow explained that as the drug landscape shifts over time "we need to know more about how young adults are using drugs like marijuana and hallucinogens, and the health effects that result from consuming different potencies and forms of these substances."

Recreational marijuana use is legal for adults in 19 states and the District of Columbia.

Many advocates claim marijuana is as safe if not safer than alcohol, which is believed to contribute to tens of thousands of deaths a year. Alcohol remained the most-used substance among adults in the study, and binge drinking -- having five or more drinks in a row in the past two weeks -- rebounded in 2021 after a historic low in 2020.

Researchers said they have seen some negative effects of marijuana. 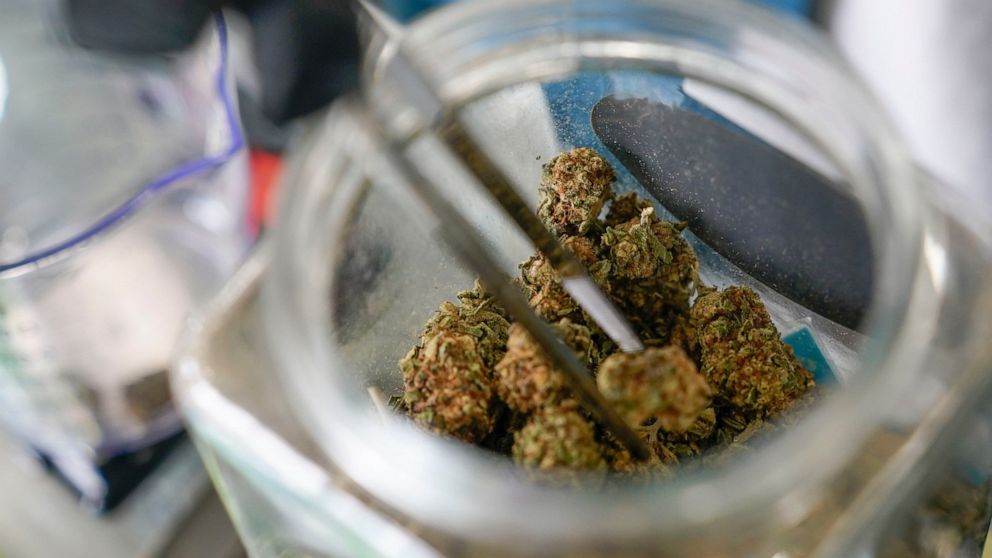 Seth Wenig/AP, FILE
An employee at the Good Leaf Dispensary measures out marijuana for a customer on the reservation Mohawks call Akwesasne, Monday, March 14, 2022, in St. Regis, N.Y.

Dr. Maria Rahmandar, medical director for substance use and prevention at Lurie Children's Hospital of Chicago, told "GMA" that the results of this study are "particularly concerning for teenagers and young adults who have developing brains that are particularly susceptible to the negative effects."

She continued, "Pretty much everybody who ends up having a problem with substance use started as a teenager and continued use as a young adult."

One trend that has grown increasingly popular are beverages infused with THC, the active ingredient in marijuana.

Cannabis data company BDSA reported sales of cannabis beverages increased 65% from 2020 to 2021 in the 12 markets it tracked.

Doctors urge caution, saying you may not know exactly what's in the drink or how it could affect an individual, and say the beverages are both understudied and underregulated.

The U.S. Food and Drug Administration "is aware that some companies are marketing products containing cannabis and cannabis-derived compounds in ways that violate the Federal Food, Drug and Cosmetic Act (FD&C Act) and that may put the health and safety of consumers at risk."

The agency said on its website that it is committed to improving "regulatory pathways for the lawful marketing of appropriate cannabis and cannabis-derived products."