As avian flu outbreaks continue to ravage poultry production in the U.S. and overseas, turkey availability has drastically dropped and experts say the devastating wave shows no signs of letting up ahead of the Thanksgiving and holiday seasons.

According to the U.S. Department of Agriculture's Livestock, Dairy, and Poultry Outlook report for October, turkey production will be lower than usual for the remainder of 2022 into early 2023 as a result of the deadly Highly Pathogenic Avian Influenza outbreaks.

MORE: Turkey prices soar ahead of Thanksgiving, what consumers can expect

As of the time of publication, USDA Animal and Plant Health Inspection Service data confirmed that 249 commercial flocks have been affected across 25 states with 47.76 million birds infected in total. 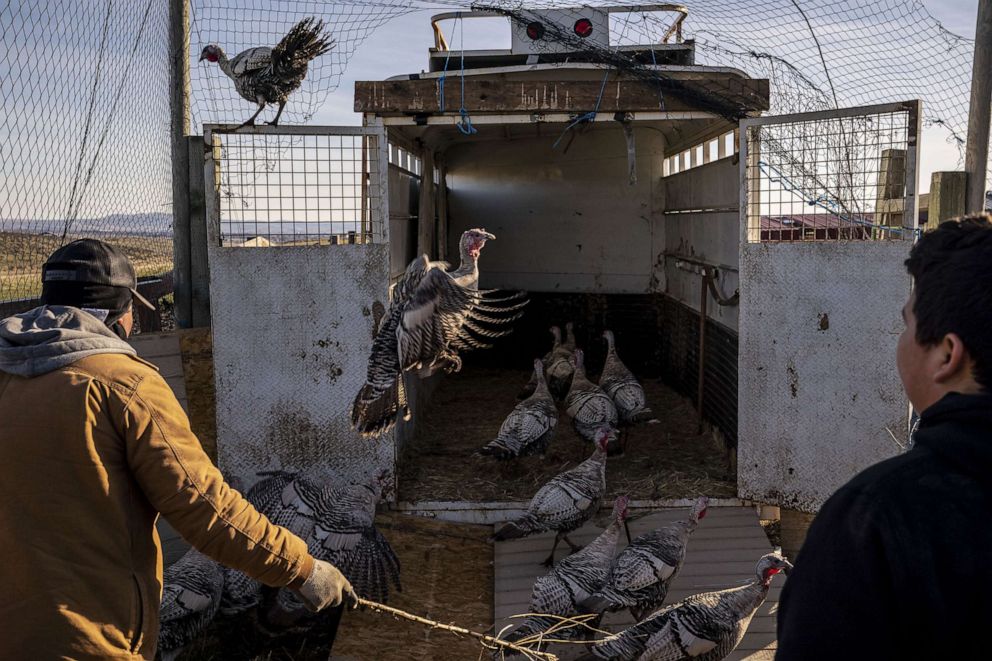 Farmers across the U.S. have reported horrific incidents of HPAI strains to the USDA that have wiped out entire flocks, and in other cases acted as a catalyst for farmers to cull infected birds in order to prevent the virus from spreading further.

Last month the American Farm Bureau Federation announced that "families can expect to pay record high prices at the grocery store for turkey" due to bird flu and inflation.

The USDA reported that the more than 6 million turkeys have died due to the virus nationwide thus far -- nearly 14% of the total U.S. turkey production.

As a result, farmers are putting a premium on the birds that have remained healthy and ready for consumption.

According to a USDA report dated Oct. 21, combined with inflation, consumers can expect to pay around 20% more per pound for whole frozen turkeys this year, as compared to the price point at the same time last year. Ground turkey as well as bone-in and boneless drumsticks, cutlets and wings have also risen in price since last year.

For those still able or willing to take on the price hikes, the Centers for Disease Control and Prevention advises proper handling and cooking of all poultry and eggs to an internal temperature of 165 degrees Fahrenheit, as a general food safety precaution.

In the meantime, federal and state partners, according to the Animal and Plant Health Inspection Service, are working jointly to monitor and test areas near affected flocks to actively identify any disease in commercial poultry operations, live bird markets and in migratory wild bird populations.