If you are the type of person who hacks menus, for instance, ordering chicken McNuggets with a cheeseburger or asking for an extra hash brown to add inside your McMuffin, McDonald's is taking a page from your book.

The Golden Arches announced Wednesday that starting Jan. 31 four new "hacked" menu items will be available for the first time. 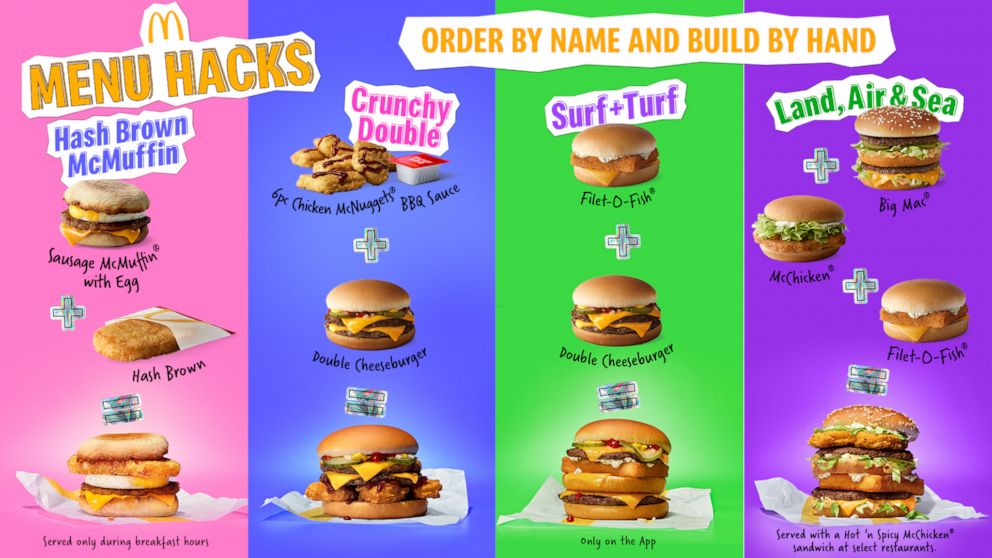 McDonald's
The lineup of new menu items at McDonald's.

"Our fans are always coming up with different ways to make a McDonald's meal uniquely their own. That's why, for the first time ever, we're spotlighting their creativity by officially debuting four fan-favorite creations on menus across the country for a limited time.

After reviewing an array of customer-favorite custom orders on social media, McDonald's chose the four following combinations and asked the self-identified menu hackers to introduce them. 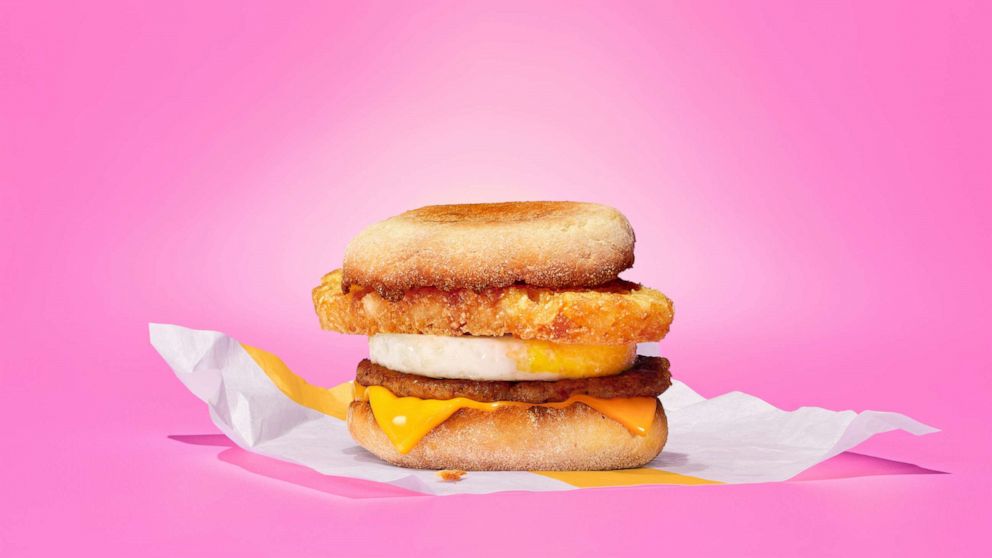 McDonald's
A new menu mashup item at McDonald's inspired by customers who hack the menu.

"I've been saying for years that the Hash Brown goes inside of the Sausage McMuffin with Egg … that extra little crispy bite is the real breakfast cheat code," Sarah Sandlin said of the breakfast order. 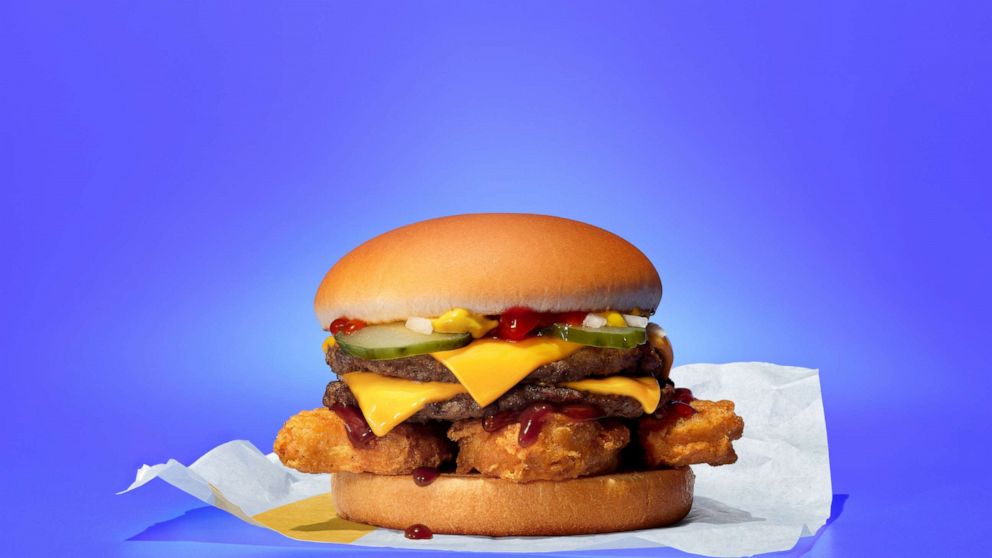 McDonald's
A "crunchy double" will now be on the menu at McDonald's.

"It's simple, yet so tasty...Chicken McNuggets topped with a Double Cheeseburger, then drizzled with Tangy Barbeque Sauce. Order it now and thank me later," Greg Simms said of the mashup.

"A McChicken, stacked on a Big Mac, stacked on a Filet-O-Fish… it's the flavor I never knew I needed, until I needed it. Go big baby," creator Julian Broadway said.

"This campaign shows that it has never been 'our menu,' the menu belongs to our fans. We're excited to celebrate them in a bigger way than ever before by putting their delicious hacks -- as seen in social media -- on our menus," Jennifer Healan, vice president, U.S. marketing, brand content and engagement for McDonald's USA said.