Even tried and true Thanksgiving recipes may have a hidden ingredient or hack to elevate the classic to new heights. And for Melissa Clark that dish is none other than the star of a dessert table -- pumpkin pie.

The food writer, cookbook author and New York Times Cooking columnist spoke to "Good Morning America" to share her homemade pie-making tricks of the trade, along with her full recipe below for the best pumpkin pie that has a sweet secret -- "it’s made from fresh butternut squash instead of pumpkin." 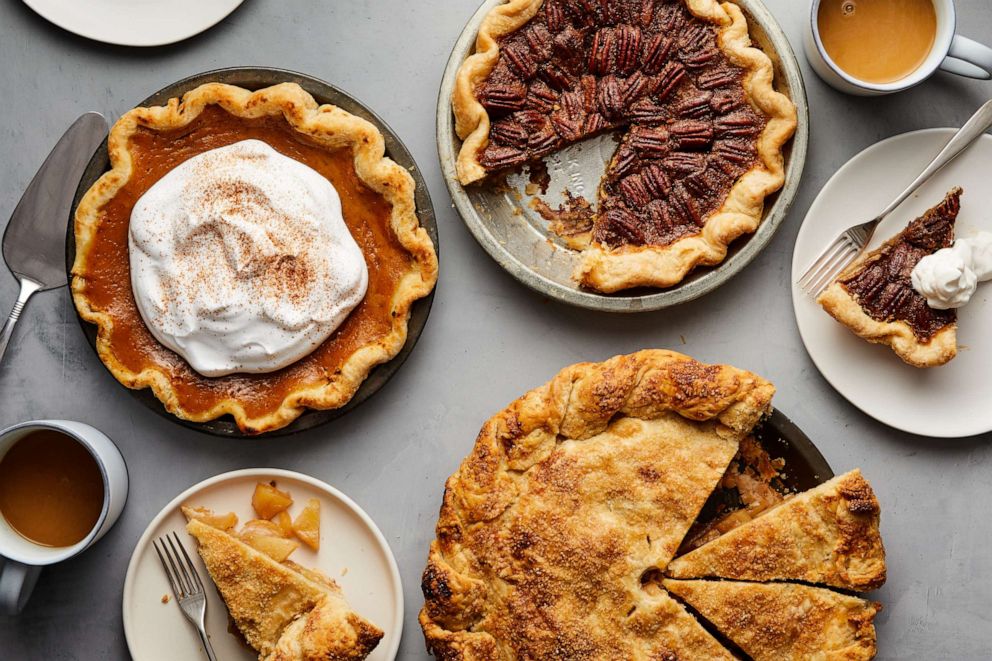 Ryan Liebe for The New York Times
A trio of classic pies for Thanksgiving.

While most home cooks add a can of pumpkin puree to their Thanksgiving shopping list when it comes to this pie, Clark said to steer clear.

"Here’s why this makes sense: the puree in a can of Libby’s isn’t made from big orange pumpkins, because pumpkins don’t actually taste that good," she said. "Instead, canned pumpkin is made from a much tastier variety of squash called Dickinson -- which is very similar to a butternut squash."

"Using a puree of fresh butternut squash tastes like the canned pumpkin we all expect in our pies -- except it’s even better because it’s fresh," she explained. "Plus roasting the squash before making the puree caramelizes it, giving it an extra layer of flavor."

So when it comes to the consistency and taste, home cooked will deliver the sweet squash flavor your guests expect and then Clark makes another pivitol swap.

"Then I add cream to the custard instead of evaporated milk," she said. "Cream tastes better than canned milk, which is a temperature stable product designed to be a convenient substitute for fresh cream."

And to give her version a subtle, yet distinguished difference in taste, she said: "I like to season the pie with a little bourbon, because it’s delicious with the pumpkin and spices."

When asked about her favorite part of this pie, Clark said, "the whole thing!"

"It’s that perfect forkful in which the smooth creamy custard and crisp pastry meet. Whipped cream makes it even better."

MORE: I made 3 of Pinterest's most popular pies for Thanksgiving; this was the favorite!

"I’d say to be aware that a good homemade dough isn’t necessary as uniform in texture as dough you buy. A good dough should have chunks of visible butter in it – those butter bits are what gives homemade dough its flakiness," Clark explained. "I think most people overwork the dough trying to get the super smooth consistency they find in pre-made dough."

Another key component: "Start with cold butter and work quickly, keeping the butter in large chunks."

Once you have the flour coated in butter, Clark said to "only add enough water so the dough comes together – if you smush some in your hands, it should stay together." She added: "If there are floury bits that’s OK – those floury parts will hydrate as the dough chills."

"Then make sure to chill the dough before rolling it out so the butter can firm up and the floury bits can hydrate," Clark said. "If the dough gets too soft as you are rolling it out, throw it in the fridge to chill it for a few minutes before proceeding."

"The dough can be made up to a week ahead, and the filling can be made up to 3 days ahead. Keep both in the fridge," she said. "You can bake the pie the day before -- [but] don’t refrigerate it or the crust will get soggy."

As for serving the pie, which goes for pecan as well, Clark said don't worry about warming it up -- "they are better at room temperature."

If you go for an apple pie, Clark recommended warming it up "in a 350 degree oven for 20 minutes before serving. You don’t want to serve it hot, just warm."

Can you make smaller servings of this pumpkin pie?

If you're looking for an individual-sized riff on her recipe, Clark suggested a simple variation.

"Skip the crust and spoon the filling into buttered ramekins to make pumpkin pie custards," she said. "Bake at 325 until just set -- start checking after 20 minutes. Different size ramekins will take different amounts of time, and shallow ones bake more quickly than deep ones." 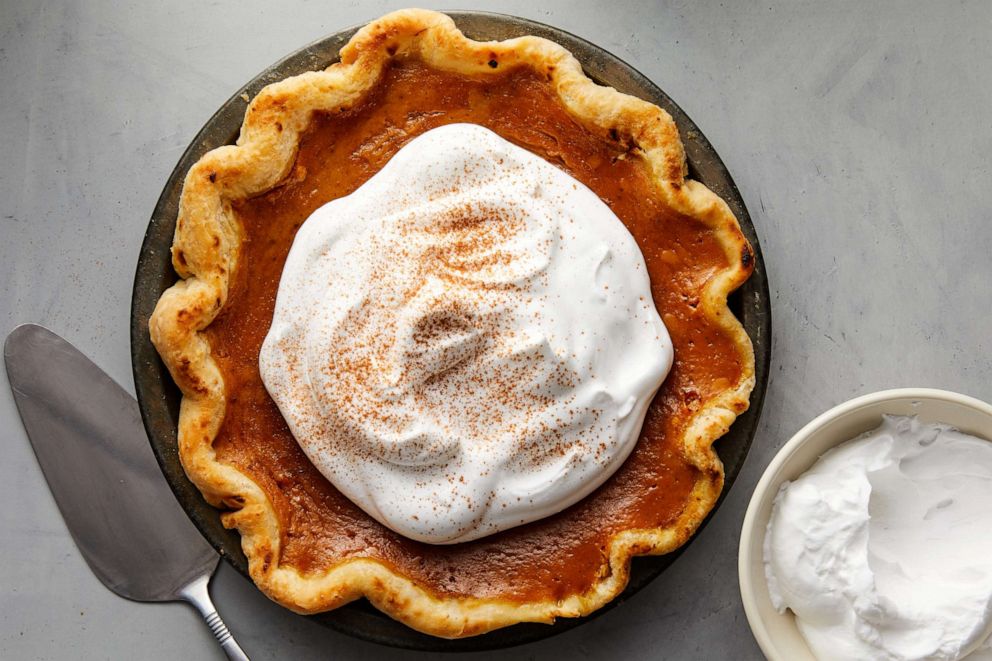 For the pie crust: In a food processor, pulse together the flour and salt. Add butter and pulse until the mixture forms lima bean-size pieces. Slowly add ice water, 1 tablespoon at a time, and pulse until the dough just comes together. It should be moist, but not wet. Turn dough out onto a lightly floured surface and gather into a ball. Flatten into a disk with the heel of your hand. Cover tightly with plastic wrap and refrigerate for at least 1 hour and up to 2 days.

Place two racks in the oven: one in the lower third and one in the upper third. Place a rimmed baking sheet on the lower oven rack and heat oven to 400 degrees.

Line another rimmed baking sheet with parchment paper and spread butternut squash on it. Drizzle squash with 2 tablespoons of the heavy cream, sprinkle with granulated sugar and dot the top with butter. Roast on the upper rack, stirring once or twice, until squash is very tender, 40 to 50 minutes.

Meanwhile, on a lightly floured surface, roll pie dough into a 12-inch circle. Transfer to a 9-inch metal pie pan. Fold over any excess dough, crimping the edges. Transfer to the freezer for at least 30 minutes and up to 24 hours. (This helps the crust hold its shape so the edges don’t slump).

When the squash is soft, transfer the pan to a wire rack to cool for at least 10 minutes (and up to a few hours). Raise the oven temperature to 425 degrees.

In a food processor or blender, purée the squash with the remaining cream until smooth. Add eggs, brown sugar, spices, bourbon and salt, and pulse to combine. The mixture should be very smooth.

When it comes to Thanksgiving desserts, Clark said not to sleep on "other pies -- pecan and apple are iconic" and suggested one final tip for the perfect bite -- "add ice cream for topping it all."

"Butter pecan is fabulous with pecan and apple pie, and dulce de leche ice cream is great with pumpkin pie," she said.